Do you hate it?

When Hatred debuted, I pretty much kept quiet. No one can really win in that situation, when the explosion of opposing viewpoints was at its loudest. I decided to wait until the finished product was out and play it for myself, to see if the controversy had merit.

As it turns out, I’m actually baffled how Hatred earned one of the only few Adults Only ratings in ESRB history. It’s basically an updated Postal, but with less potential to somehow become iconic down the line and get its own Uwe Boll film. Remember Postal? That game from 1997 that everyone tried to get banned?

We went through this rigmarole already, and that battle isn’t worth fighting. Hatred isn’t all that special as a statement or a twin-stick shooter. 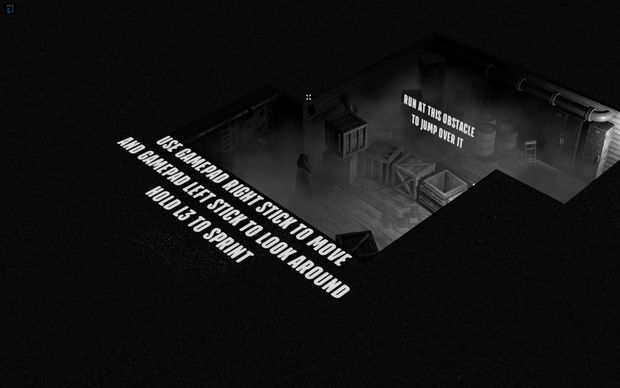 To be clear, I don’t have an inherent problem with Hatred. We’ve seen far, far worse in terms of the video game medium — in this very generation with Grand Theft Auto V‘s playable in-game torture scene. Or even Ninja Gaiden III‘s new “cutting” system, where enemies scream in agony as they’re sliced into multiple pieces of flesh. The obvious difference here is that a lot of the targets in Hatred are civilians, which put people on edge. But really, plenty of mainstream action titles have more nuanced takes, killing servicemen and women, officers of the law, and yes, plenty of civilians.

Where Hatred partly fails is that it doesn’t really make any meaningful statements in regards to its violence. That that it needs to, mind, it kind of just “is.” The main character (who is not named) hates the world, so he’s going to take down as many people as he can before he dies. That’s basically it. He starts in his neighborhood, then branches out across the surrounding area, using various forms of transportation to do it. I suspect there are going to be thinkpieces spouting up across the ‘net after release, but don’t expect anything as interesting as the ones that were spurred by Hotline Miami playthroughs — another ultraviolent romp.

All the while, he’s ranting pseudo-philosophical nonsense. The developers have noted that he isn’t trying to quote or channel anyone in particular, and boy can you tell when he says repeats tired phrases like “dust to dust” and “the death is waiting.” Half the time you can’t even hear what he’s saying over the sound of gunfire and explosions. Nothing about the presentation is memorable outside of the distinct visual style.

As a shooter, Hatred is fairly impressive (outside of the sparing terrible vehicular controls). Destructive Creations clearly has a knack for the genre, which makes the fact that it decided to create this lifeless world more disappointing. Shooting feels responsive, and the control scheme is easy to pick up and play, especially on a controller. I don’t like that there isn’t a toggle option for sprinting (you have to hold it down, which hurts your thumb after a while), but aiming, including the precision-aim system that provides an imaginary laser sight while holding the trigger, is spot-on.

Visually, Hatred is somewhere in-between unique and messy. The grey sheen generally looks great, but it does get old after a few levels. Plus, you’ll want to jack up the gamma considerably, as the playable character tends to get lost in the fray. Individual objects are all rendered with care though, and the destruction system allows you to do things like craft new exits by blowing through walls. There isn’t a whole lot to do in those worlds though.

It’s level-based, and most missions boil down to “kill [x] number of civilians, then kill [x] number of police, then escape.” There’s a few unique levels like a sewer chase with the SWAT team or a linear stage taking place on a moving train, but most of them follow this same principle. The train scenario in particular presents some interesting possibilities, in that random civilians on-board are armed. It’s often hard to pick them out of a crowd, and if a gun drops, they’ll run to pick it up. That mission only lasts a few minutes though, then it’s onto the next generic hub. Seriously, that’s about all the game has to offer. 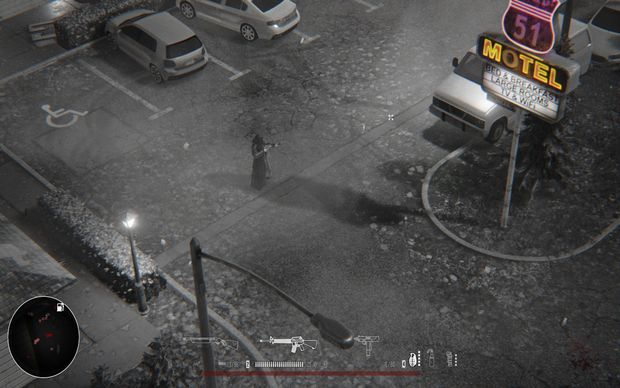 I also encountered a few bugs while playing, including disappearing bodies, wonky physics that caused some deaths, and a few fatal game crashes. Several levels were also mislabeled in the level select screen and sometimes, mission objectives wouldn’t calculate correctly. The crashes in particular really hindered my playthrough, as they were all at the very end of a level, which forced me to replay them from the start. If it weren’t for these issues, it would be a decent twin-stick shooter. Developer tools are evidently going to happen which may allow more interesting levels, but haven’t been provided at launch. If you’re curious, here’s a full video rundown of the options menu.

There’s nothing really special about Hatred. It’s a twin-stick shooter. It has guns in it. It has objectives. Most of the time those objectives involve acting like a menace to society or blowing stuff up. It doesn’t have anything new to bring to the table, or anything interesting to say about the genre. You can go back to yelling at it now if you want.