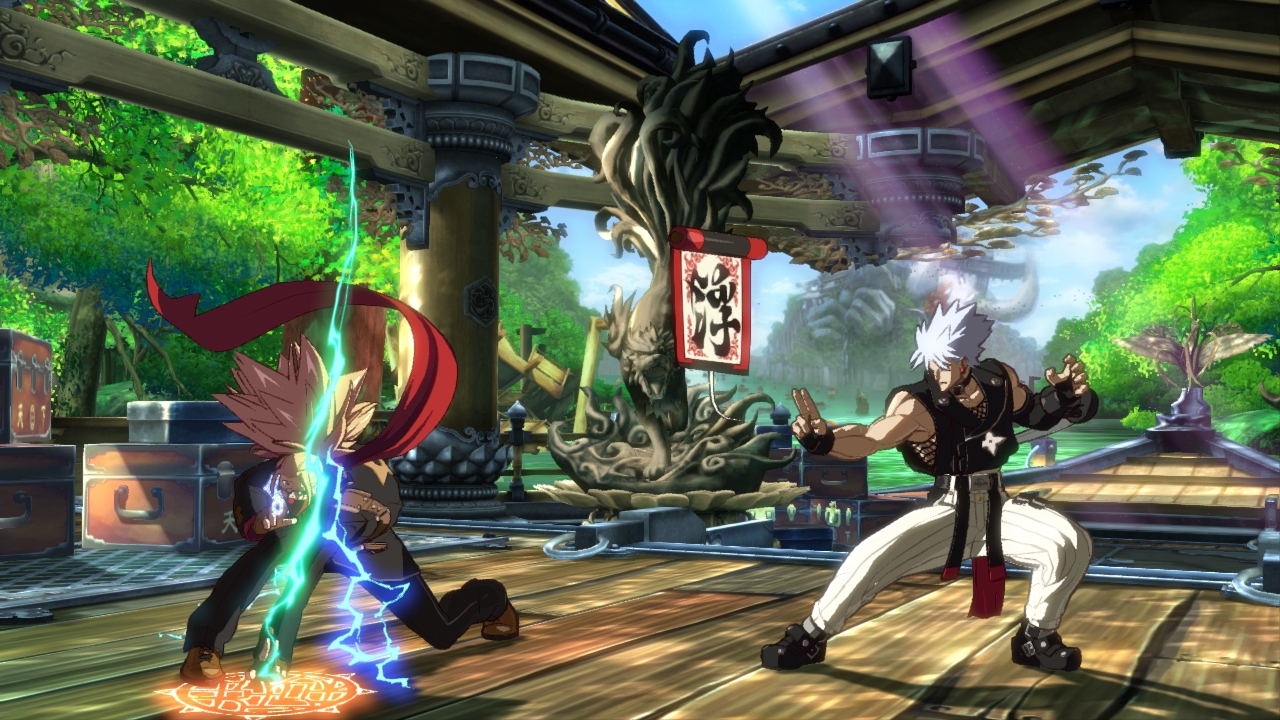 Rev it up for the third time, Johnny

As the third iteration of the barely three-year-old Xrd, Guilty Gear Xrd Rev 2 is a tough sell if you’re only halfway invested in the series. I mean, this is an aggressive stance for anyone, and it’s clear that developer Arc System Works is still paying off the massive amount of resources that went into crafting that beautiful art style.

But even if you remotely enjoy fighting games, you should play Guilty Gear. Especially now.

While the campaign has been extended in Rev 2, it’s not the main event because it’s still not playable. Hosted in the wonderful engine, it’s a lot easier to follow than, say, BlazBlue (or pretty much every other anime fighter), and seeing everything play out has helped me develop more of a connection to the world of Guilty Gear in general. A world, mind, that I’m fully invested in at this point.

I’ve seen Xrd slowly evolve into the game it is today thanks to a steady amount of support from Arc. While the first Revelator update didn’t feel as monumental, Rev 2 in turn has the benefit of being a compilation of six year’s worth of work — when the Xrd subseries first went into development. Nearly every character has been tweaked or changed in some way, whether it’s alterations to their core abilities or their statlines. I found myself digging into characters I had no interest in previously, which is always a good thing.

I’ve also had the opportunity to really break into Xrd after several years, and I feel like I’m just scratching the surface. As one of the most technical games out right now, getting that perfect ferocious on-the-fly combo with Sol after [Roman] canceling a super is rewarding, as is Elphelt’s unique version of keepaway hidden beneath her cute veneer. Through nearly weekly play since the launch of the original I’ve discovered new tactics that I didn’t think were possible. It’s withstood the test of time.

Answer, one of the two newcomers for Rev 2, embodies Guilty Gear‘s ingenuity. With an incredibly strange walk, a cell phone that’s nearly always out, and a trap-based fighting style, this company man ninja is a full-on wack-job. Naturally, he fits right in. Answer borrows a little bit from Venom’s playbook in the sense that he requires some setup with various business cards (which you can teleport to) and anchors (that you can jump between), but adopts more of a rushdown playstyle than keepaway. The result is something that hasn’t really been seen by the series so far, and it’s crazy that Arc still has fresh ideas to throw around. He even has a set of glasses that cover his third eye. Did I mention this series has a character that fights asleep on a hospital bed?

Baiken, the samurai fan favorite that needed to be in at some point (and echoed, much like Jam, rallying cries of “no Mai, no buy“), is a little less thrilling. She feels a bit undertuned, but her entire shtick is based around counters, which we really need more of in Xrd. She’s more grounded, and I’m sure she’ll have a big following at launch. Beyond that, this is the same Xrd, which is almost entirely a good thing. The cute open and private lobbies, complete with amazing avatars and fishing/soccer minigames, are a great way to pass the time while you’re waiting for a match. I rarely if ever suffer a bad connection when playing online on PS4.

Guilty Gear Xrd is possibly the best fighter out right now. It took three tries to round up this cast (and you can bet your bottom dollar there will be DLC or a Rev 3), but the cycle is complete. With one of the best tutorials outside of Skullgirls it won’t even be that hard to break in, either.