Of all the titles showcased ahead of the PlayStation Vita’s launch, Gravity Rush (or Gravity Daze as it’s known in Japan) turned the most heads. One of the more unique action games to be released on any system, complete with a stylish cel-shaded visual approach, what was once planned as a PS3 title looks like a natural fit on Sony’s fresh-faced handheld.

Gravity Rush is certainly full of good ideas, and the charm drips from it like pink maple syrup. Strangely, it’s when it’s not being a game that it succeeds the most, while applying defined rules and structure to its ideas appears only to hold it back. 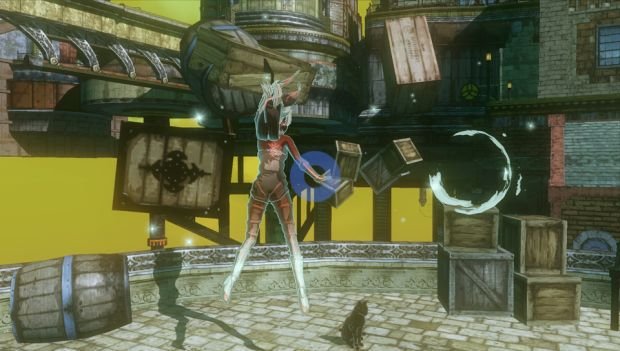 Gravity Rush revolves around an amnesiac girl called Kat who, aided by her magical cat Dusty, becomes something of a superhero in the floating town of Hekseville. Hekseville has been split apart, its multiple locales strewn across a sea of deadly gravity storms, while a mysterious race of creatures known as the Nevi threaten the peace. Armed with her ability to shift the world’s gravitational pull, Kat must save the city and uncover the truth behind the Nevi. Or something like that. It all begins to stop making sense halfway through.

Something of an open-world superhero game, only with a very specific super power in a rather small world, players are encouraged to explore Hekseville by bending gravity to their will (“shifting,” to use the game’s terminology). With the press of a shoulder button, Kat will start to float, allowing players to freely move the camera and select a destination. Once selected, the destination will serve as a new gravitational point, and the entire world will alter its physics. Using this power, Kat can “fly” across the city at a rapid pace, although she’s actually falling by turning the world on its side, upside down, and any direction in between. Think the anti-grav environments in Visceral’s Dead Space, but spread across a more open and free world. Oh, and don’t try to think about how Kat and the civilians are surviving falls of several hundred feet. It’s not important.

When called upon to fight, Kat can land simple kicks to the Nevi in order to shatter their glowing weak spots. However, she’s far more deadly when using the air to her advantage. While shifting, players can launch devastating gravity kicks by selecting a weak point and launching an attack from afar. Kat will fall toward the Nevi at a rapid pace, landing a huge kick that deals a lot more damage.

Gravity Rush is more about exploration than combat. Hekseville is littered with purple gems that can be collected and spent on upgrading Kat’s powers, making her more durable, powerful, and better able to exploit her shifting ability — though I felt many upgrades were incremental enough to not make too big a difference in the long run. These gems can be hidden atop tall buildings or underneath the city itself, and uncovering new pockets of gems is a rather compelling experience. Even with upgrades not feeling too spectacular, it nonetheless grows addictive to find the currency necessary for them. There are also plenty of side missions to unlock and play, which will reward Kat with even more gems.

Navigating Hekseville is, simply put, a joy. There’s something breathtaking about falling upwards, changing directions, and whizzing past buildings at an angle, and the magic never quite seems to dissipate. When Kat gains the ability to slide along surfaces and pick up objects with a gravitational pull, the potential to feel spectacularly superior is immense. It’s great fun to just fly around the world, come crashing down to Earth, and terrify the poor locals who never seem to cope with the shock of it all. 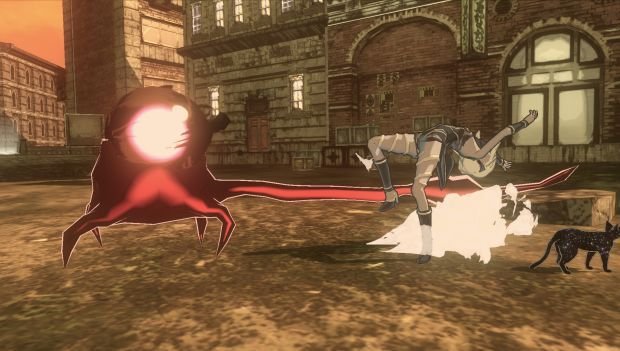 The problem is, when it comes time to stop simply exploring and get on with actual objectives, the free-floating mayhem abruptly ceases to become enjoyable. For one thing, the power to gravity shift is not used in any greatly unique way, with story missions almost always involving combat sequences or back-and-forth escort objectives. The side quests, too, are limited in scope, consisting entirely of time-attacks and races. What’s more, Kat’s powers just aren’t fun when they come with rules attached. The chaotic power to shift gravity is a messy way to travel, which is fine when there’s no pressure, but it makes working to a time limit very frustrating. Having to get one’s bearings and cope with the constant shifts in perspective just isn’t conducive to winning a checkpoint race.

The combat, too, suffers due to some fairly sloppy targeting. While I absolutely love the combat in theory, it doesn’t work a lot of the time, with Kat’s gravity kick proving insurmountably unwieldy. Most of the enemies move too swiftly and jerk around a lot, meaning they’re often gone before Kat can reach them. Even if they remain in place, there’s often a good chance that the punt will still miss, as Kat harmlessly glides off the opponent’s body and kicks the great yonder behind it. Fights against large creatures with multiple weak points can become skin-crawlingly frustrating, while there is an ever-present threat of Kat smacking into a small bench or tree that might be near any potential targets. While our hero seems able to glide smoothly over her enemies, she can’t seem to do it for anything else in the way of them. 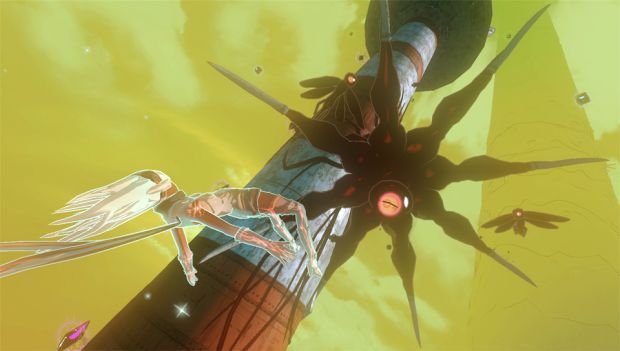 When it works, fighting feels fantastic. Landing a successful attack from far enough away to smash an opponent in one hit is the source of some stupendous gratification, and the Nevi themselves are so varied and bizarre that encountering them always seems remarkable. Shifting into monsters, shifting away, and dodging projectiles is all great when it comes together. It’s just that it comes together only half the time, with the other half consisting of wanting to throw the Vita against a wall.

One thing that can be said in Gravity Rush‘s favor is that the controls are surprisingly well adjusted to the gameplay. Touch and gyroscopic interactions have been nicely blended with traditional buttons to create a game that feels functional and comfortable to use. The touch screen is used for menus, and to dodge attacks. Pressing two thumbs at the bottom of the screen also allows Kat to slide along any surface, with tilt controls taking over her steering. It’s quite intuitive, and the sensible touch areas mean that the screen becomes an extension of the buttons, rather than a forced move away from them. It’s exactly how a Vita game should feel in the hand, and I can’t praise it enough.

That said, there’s no escaping the fact that Gravity Rush is a better game when it’s not being a game. Its mechanics are much better suited to the exploration that Hekseville offers than the dodgy combat sequences and the trite time trials it pushes to the fore. It never stops being fun to fall from A to B, but it’s never quite enjoyable to do any of the mandatory busywork. The objectives themselves are either tedious or aggravating (there are attempts at stealth sections that go beyond remedial), and it’s not like the story is sensible enough to be worth fighting for, although Kat makes a very adorable protagonist. 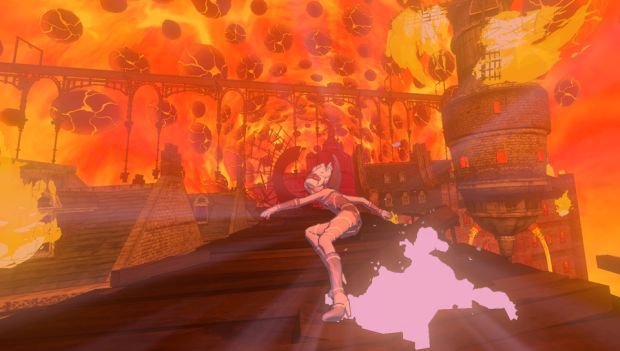 Gravity Rush is certainly an odd duck. Its controls work perfectly, it’s fundamentally polished and fluid, yet still the game doesn’t quite work. It seems to be that, after getting everything in great shape, Sony Japan just used it in the wrong way. Gravity Rush‘s appeal comes not from picking up objects and moving them elsewhere within a time limit. It’s not in wrestling with an unwieldy targeting system. It’s in simply existing in Hekseville, and playing around at one’s own pace. If less emphasis were put on objectives, and more on building a true sandbox world with more emphasis on discovery at one’s own pace, I think we could have had something special on our hands.

As it stands, Gravity Rush is a decent attempt at bringing something fresh to the PlayStation Vita. The fact that it works as well as it does is commendable, and it’s amazing how much fun it is to essentially plummet from place to place. Sadly, the game couldn’t just be about that, and the direction it chooses to go in doesn’t play to the strengths of the concept. Fighting the Nevi is the interactive equivalent of building up to a sneeze that never comes, and everything else feels like a desperate play for more time.

Gravity Rush is worth checking out, especially with the Vita being so quiet since launch, and as the system’s library fills, this title will still stand out as something uniquely charming. However, one must be honest about the questionable design decisions that lets the whole thing down on a dismayingly consistent basis. Gravity Rush has everything it needs to be something great, but it takes all the wrong forks in the road and ends up rather unfulfilling. It’s a real shame, too, because you it’s so clear how brilliant it truly could have been.