All this Grand Theft Auto anniversary talk makes me feel old. It feels like just yesterday I was listening to Michael Jackson, swerving around as Tommy Vercetti, and taking in the sights of Rockstar’s faux-Miami setting.

I think a lot of people missed out on Vice City because it came out so soon after Grand Theft Auto III, and that’s a shame. Just like Grand Theft Auto III on mobile devices before it, this new anniversary edition honors the franchise’s legacy: so long as you’re willing to put up with touch controls. 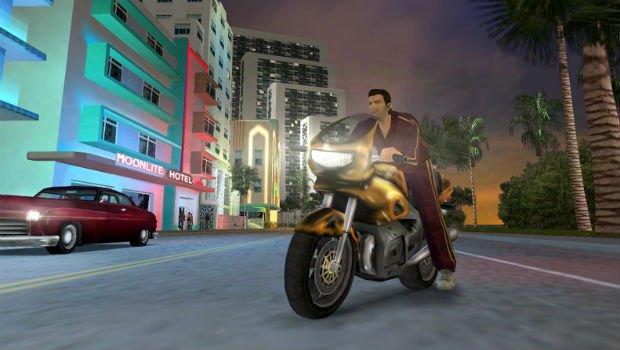 Visually, the game has been updated a bit, and the new look suits the neon and bright pastel veneer quite well. Draw-distance issues while driving aside, the new lighting effects and smoothed-out engine really allow the game to pop like it never has before.

Like the scheme used in the mobile version of GTA III, the controls for Vice City are a little better than you would expect, but still have the standard touch-precision issues. Movement is done by way of a virtual analog stick that appears wherever you put your left thumb. While it might sound great on paper, I’ve had instances numerous times where I’ve attempted to run away, only to have the d-pad shift to another spot on-screen.

Outside of movement though — and barring one unfortunate virtual button placement (the handbrake is near the “exit vehicle button,” which can make for some funny mission failures) — everything pretty much works how you’d want it to, with on-screen buttons for each potential action. Considering everything except the movement button can be sized and placed anywhere on the screen, you should be able to find a comfortable medium.

Although there is controller support on the Android version of the game, the iOS version (which was reviewed here) had no such feature — so if you’re on an Apple device, you’ll have to settle for touch controls. 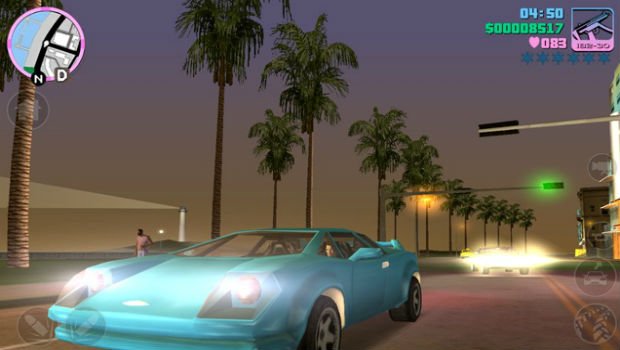 Smaller bonuses are included in the mobile package, such as the ability to autosave (with iCloud save support on iOS devices), the aforementioned customizable layout, a tap-to-shoot targeting system, and the ability to create your own custom radio station using your iTunes playlist. The tap-to-shoot scheme takes some getting used to, but it does work, and everything else also works as advertised.

Outside of these ancillary additions to the anniversary version, by far the best addition is the Mission Retry function that debuted in Chinatown Wars, and was cemented by The Ballad of Gay Tony. Straight-up, I think it’s a required function that should be in every GTA going forward.

Nothing is worse than failing a mission a few seconds away from victory, only to start over at the hospital and have to find your way to the mission marker again. It absolutely killed the pacing in earlier games, and this addition alone is a great reason to visit Vice City again.

As far as the core game goes, everything is intact. The soundtrack, the quirky Rockstar charm, the Scarface-influenced setting — it’s all here. I really enjoyed replaying some of my favorite missions from the PS2 classic, and even rediscovered a few new scenarios that I didn’t experience originally. 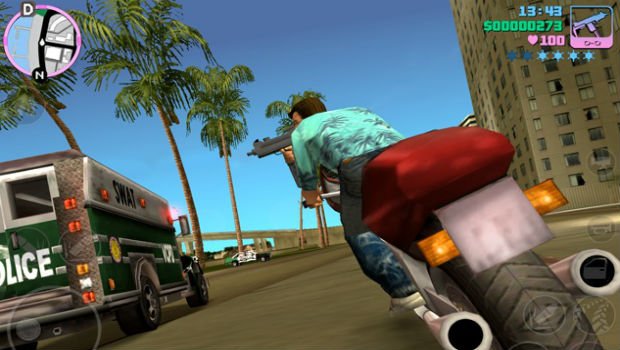 To be clear, there’s nothing new content wise in this version, but the sheer scale of the GTA games makes it easy to come across a feeling of freshness. Although the game does show signs of aging even with the updated engine, fans of open-world games should still be able to enjoy Vice City with an open mind ten years later.

If you hate GTA games because you feel like they’re too “bland,” Vice City is your gateway drug. It oozes more charm than pretty much any game in the series outside of possibly San Andreas (provided you’re a fan of hip-hop culture for that entry), and the smaller scale of the city makes it a much more manageable affair. If you’re curious about the franchise, this is a great starting point before GTA V hits next year.