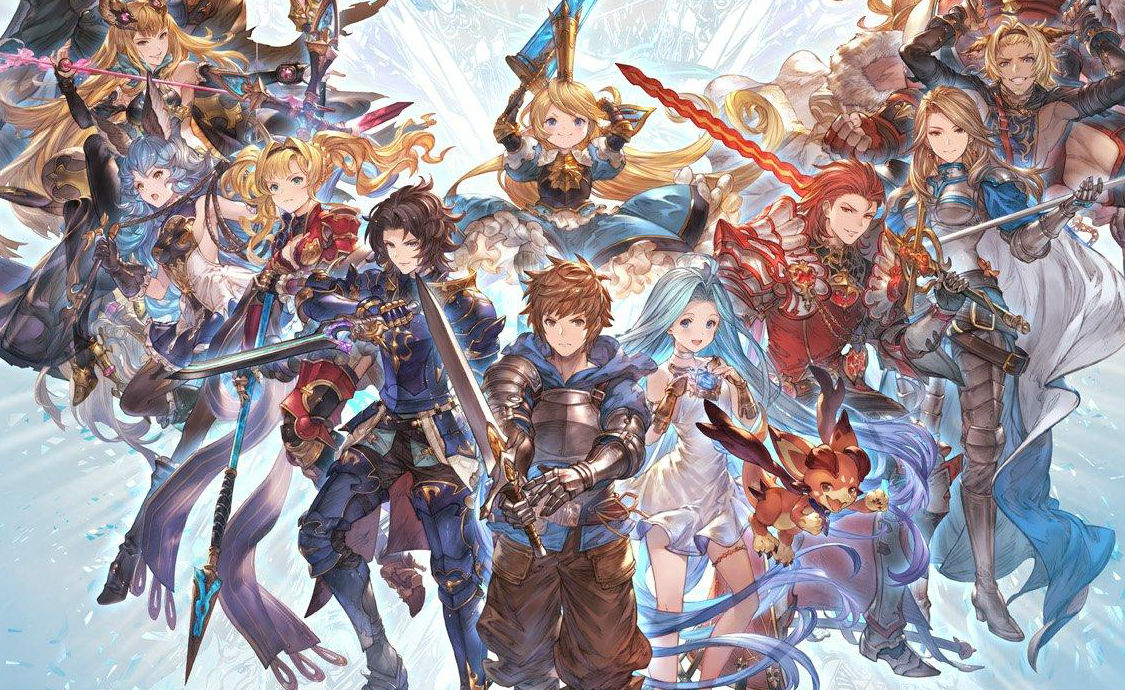 Growing up with Arc System Works, it’s been a treat to see them evolve to the point where they basically run EVO alongside of giants like Capcom and Nintendo.

With humble beginnings as a brawler and platformer developer, Arc crashed onto the fighter scene with Guilty Gear in 1998 and never looked back. As one of the first fighters I started to truly pore over, I can attest to its impact, and the studio has gone on to create more industry titans like BlazBlue and co-developed Under Night In-Birth.

Now we can add another game to that plucky pantheon: Granblue Fantasy: Versus. Although, it lives a floor below them.

For those of you who aren’t aware, Granblue Fantasy is a huge new franchise that sprung up in 2014, involving big-time JRPG talent and helmed by Cygames. Granblue made a lot of money with its gacha monetization system, so naturally it became a cross-media franchise with an anime, a full-on console RPG, and now, a fighter. Versus, in collaboration with Arc System Works, is the latter arm of that giant marketing wing.

The first thing that stood out to me with Granblue Fantasy: Versus — it’s just a pretty game. It looks pretty, it sounds pretty, it’s all-encompassing in that way. Characters interact with one another (“prepare yourself, Lancelot!”), or gasp when they whiff an attack like they were in an anime. Versus‘ animations and sound effects are crisp, perhaps best shown through Ferry’s quick whip cracks. The anime base and Arc System Works’ signature style come together wonderfully. To go hand-in-hand with this welcoming aesthetic, Versus is also one of the easiest fighters to learn that I’ve come across in some time.

The face buttons correspond to four attacks (light, medium, heavy, unique), while R1 serves as your go-to skill/ability trigger, block/dodge is R2, throw is L1, and L2 enables overhead attacks. That’s it. There are barely any required command inputs unless you really want to use them: mostly just simple directions and fireball motions (quarter-circle-forward) to use supers (Skybound Arts). Once you start to get proficient, you’ll want to use the direct commands as they have lowered cooldowns (timers before you can use them again), but even then those commands mostly stick to the basics.

Training is also very encouraging. Attacks like projectiles and charges are clearly marked with specific icons, with videos for each ability, so you know what they are before you even practice them. This is always available in the pause menu under player command lists, but you can also free train or train with specific missions in mind to really hone in on a character and their combo potential. Right now online play seems stable, and we’ll update you if that changes.

As far as content goes, there’s the aforementioned two training modules, versus, and arcade play, and the very unique-sounding “RPG Mode.” The latter is actually a full campaign (as in, roughly 10 hours long) with a light story through the lens of a brawler motif. It also serves as a low-key training sequence of its own: at least initially. So, there’s two problems with the mindless RPG Mode.

Most importantly: there’s little to no context or emotional resonance. Even at the start, you’re tasked with dispatching pesky Imperial forces as Gran with absolutely no setup or sweeping voice-over to explain the world (watch the anime if you want to immerse yourself). You can slowly piece everything together as you watch the fully-voiced cutscenes, but there’s a missed opportunity to onboard folks as well as Arc System Works did with the mechanical tutorial framework. Given how emotive the characters are in-game, that feels like a disservice.

Another issue lies with the AI: it’s dumb. The idea of going through multiple beat-’em-up stages with very impactful character team-ups and damage numbers in all their glory is enticing as hell, but there isn’t much follow-through. The missions themselves are simplistic without any option to enhance their difficulty, and attempts at depth like the equipment system (which provides mainly nominal gains) don’t cut it. Constantly re-using level environments, even within the same quests, also isn’t a good look.

Thank goodness then, that the core fighting game system of this fighter is a firm foundation, and arcade/versus will keep me busy for the foreseeable future. That, in part, is due to its strong roster. Gran is sort of your Ryu [Shotokan] of Versus. He has access to a projectile, anti-air, and a gap closer. As you delve into the roster you’ll start to notice more technical characters like Percival, who can enable combos using his unique black hole setup throw and bank charges to power up attacks. Even the archetypes are a little remixed.

Vaseraga is your token edgy scythe wielder, but this hulking monstrosity has a few tricks up his sleeve, like a special stance that looks menacing while providing useful cancellation options. Ladiva, “The Herald of Love,” is your slow grappler, and Lowain is the swift rogue Chipp Zanuff analog with shades of Axl Low (both in terms of attitude and parry counters). The latter also has an ability where he and his crew form a human pyramid that shuffles around and can’t block, using moves like “It’s Lit, Bros.” He can also summon a God-like avatar for a limited time. It’s a varied roster, to say the least!

Right now there are 11 characters. Now I’ve always been of the school of thought that quality beats quantity. Nearly every roster member (a few are too clunky for my liking and/or lack great combo potential) shines enough to the point where I feel like it would be months before I master all 11. You might feel differently, in which case you’ll need to go with your gut. Of course, since this is an Arc System Works game — and a joint venture with a very microtransaction-heavy franchise — there’s tons of premium DLC in the pipeline.

Beezlebub is arriving on launch day as a paid add-on character (and as a free RPG mode unlock), as well as multiple character passes and numerous “color packs” (included in premium editions, but also known as the kind of stuff you earned for free in old fighters). With SNK just recently giving away its first season pass for Samurai Shodown for free for early adopters, this stale method of doling out DLC for fighting games is even more of a relic; and thus, more of a case to wait for the “complete edition.”

Granblue Fantasy: Versus might not fulfill your dreams of providing a deep RPG and fighter in one, but given that the bulk of the game is focused on what Arc knows best, it’s easier to overlook that sin. Hardcore players might scoff at the lower ceiling compared to other fighters, but there’s a lot of potential here, and the meta will only continue to evolve.