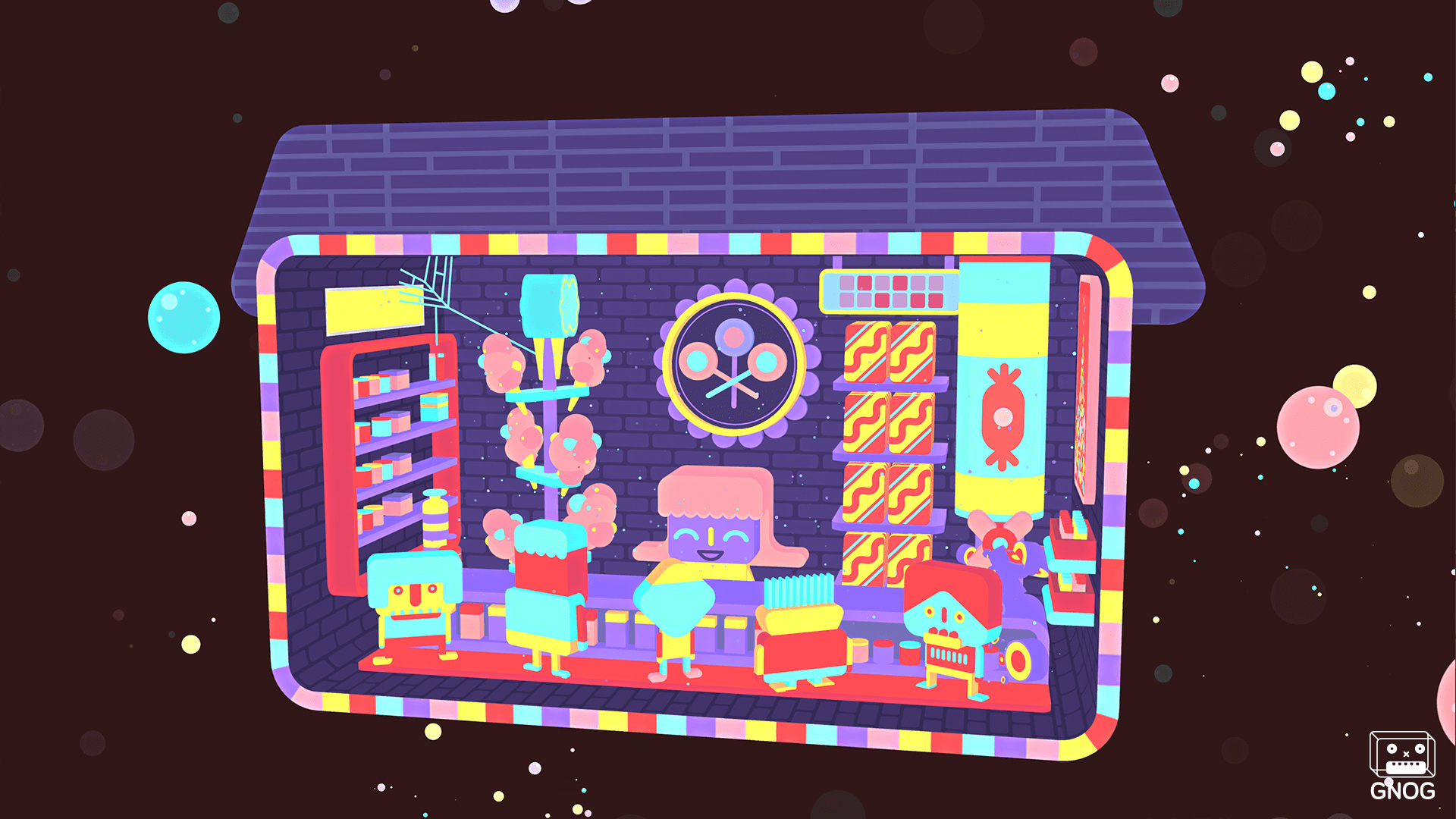 GNOG isn’t just a clever puzzle game with vivid color schemes and a cool name. It also has the distinct pleasure of evoking long-lost memories of my favorite childhood toy line: Mighty Max.

Each level presents you with a floating mechanical head (some less head-like than others) and tells you nothing explicitly. All you have is a little gamepad-controlled cursor for pointing and clicking, the ability to rotate the head over to its backside, and your own intuition. That’s it. There’s no instructions or inventory. The whole idea, as you’ll organically discover, is to tinker — to poke, prod, pull, and twist.

These heads are actually intricate puzzle boxes housing miniature worlds, and they’re packed with various doodads and playthings, some of which are there for your amusement, but most of which serve one crucial purpose or another. That might sound like a lot of trial-and-error work, but it isn’t.

There’s this intuitive logic and purpose to the way the heads are designed. Barring the more out-there sequences (like a mother bird who hilariously regurgitates an endless stream of chewed-up worm bits to her hungry hatchlings), these contraptions seem like they could exist as elaborate toys in real life. This leads to a flow where you won’t necessarily know exactly what to do at any given time, but you’ll have a good idea, and you’ll never be far off from figuring out the answer. Everything just feels right.

At its absolute trickiest, the puzzle design comes down to recognizing patterns or shapes in the environment, and then figuring out when and where those clues might apply. GNOG isn’t an especially hard game. I only got tripped up twice — once because I wasn’t paying close enough attention to my surroundings, and once because I was overthinking a solution. But that’s not to say it’s dull, either.

This is such a joyful game, I’m not sure it’s possible to leave it without feeling uplifted. The robo-heads sing you an overwhelmingly happy song when you finish a level! It’s the greatest reward.

I went through most of GNOG wearing a PlayStation VR headset, and unsurprisingly, that’s the ideal way to play. Virtual reality enhances the experience by making the heads’ inner workings seem that much more physical, but it’s by no means required to enjoy the game. That said, headphones are highly recommended in order to get the most out of the whimsical dynamic soundtrack.

While a few of the levels feel mechanically underdeveloped or otherwise don’t quite reach their full potential, these lesser puzzles tend to make up for their shortcomings with a strong audio-visual theme or an entertaining premise. And although GNOG is brief enough to be a single-sitting game, that length feels about right, give or take another puzzle or two to really round out the package. Most everything is well-thought-out, polished, and delightful, so even with those quibbles, there’s a lot to love.