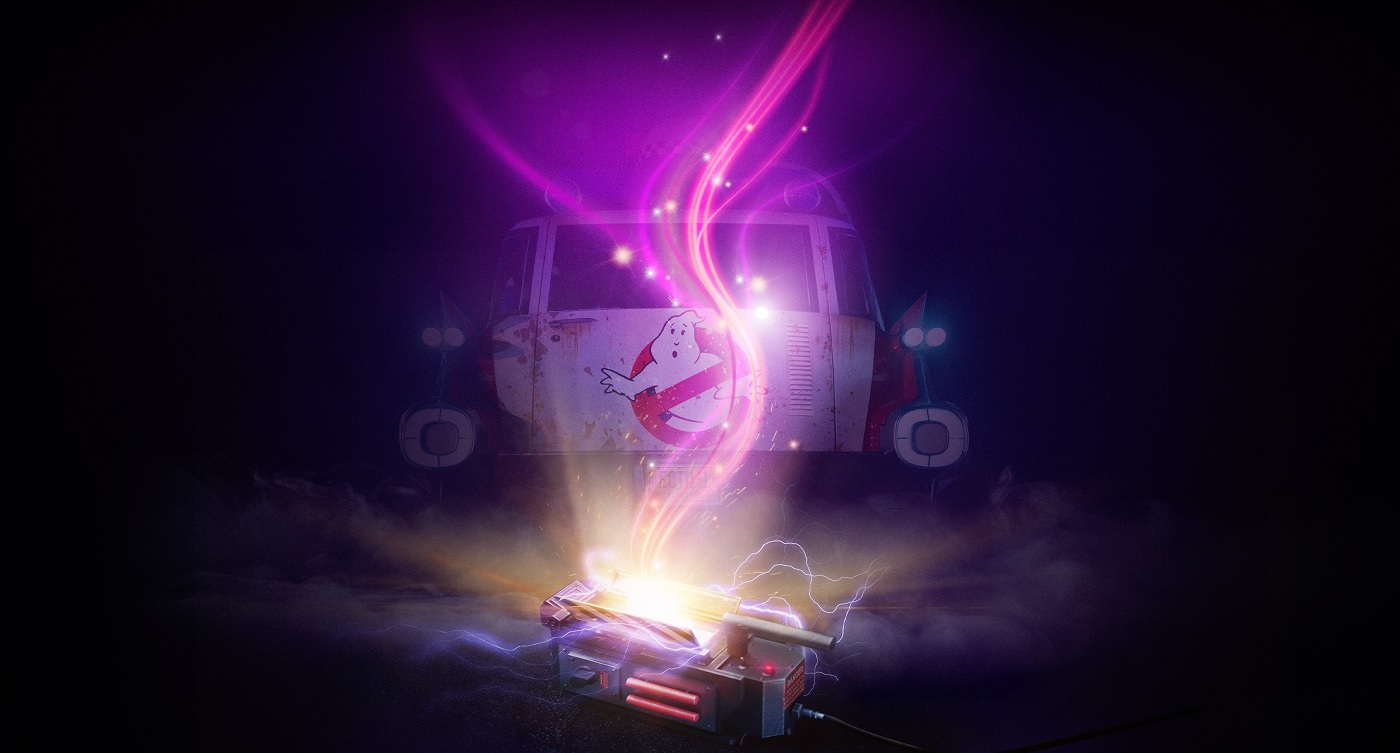 I feel so funky

I’ve been a massive fan of Ghostbusters for almost as long as I can remember. That means I’m insufferably picky. I haven’t even watched the 2016 reboot or Ghostbusters: Afterlife. It’s already been proven you can’t top the majesty of the original film. Video games are similar. Most games made off the license are okay at best and abysmal at worst.

When Ghostbusters: Spirits Unleashed was announced, I was skeptical. I’m not typically drawn to multi-player-focused games, and anyone who touches my beloved had better have immaculate hands. This time, it’s Illfonic, makers of the Friday the 13th game. They’ve proven themselves before, even if it was sort of overshadowed by Dead by Daylight. So, as I fastened up my positron collider, I kept a stance of cautiously optimistic mixed with immovably scrutinous. 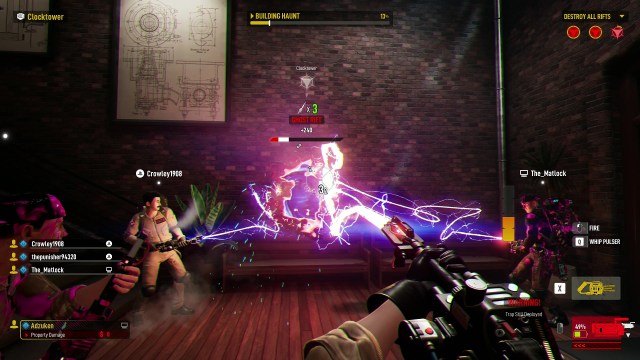 The background to Ghostbusters: Spirits Unleashed has Ray and Winston (and maybe Peter, but he doesn’t appear) re-opening the Ghostbusters back in the old firehouse. Since the business only seemed profitable during major, apocalyptic disruptions and real estate in Manhattan is probably even more expensive than it was in the 1980s, this seems like a bad move. Even worse, they’ve hired a bunch of new ‘busters to sit around and eat Twinkies.

Okay, so apparently, there are still a lot of ghosts running around New York, which means we’re more in cartoon territory here. While there’s a storyline that runs as you level up, it’s not terribly interesting. It makes the same mistake that a lot of new Ghostbusters narratives do and brings in previously mentioned subjects and puts the spotlight on them. Of course, that’s hardly the draw here.

We’re really here to kick in the doors and be “totally discrete.” You and three other ‘busters are dropped into one of the game’s five environments with the goal of catching the ghost running rampant. The ghost has three opportunities to respawn through rifts hidden in the environment. Ghostbusters can close these rifts either by catching the ghost and forcing it to respawn or by locating a haunted object in the environment and using their proton stream to shut it. If all the rifts are closed, and the ghost finds itself in a trap, the ‘busters win.

No human being would stack books this way

The asymmetrical part of Ghostbusters: Spirits Unleashed has one player take the role of the ghost. Their goal is to creep up the place by scaring civilians and haunting objects. It’s largely a matter of survival, as rifts can be protected, moved, and re-concealed. If you’re feeling really sassy, you can sabotage or outright attack the ‘busters. You can’t fully eliminate the Ghostbusters, but you can delay them and frustrate their attempts to undo your work.

Haunting is actually a lot of fun, but unfortunately, I didn’t have much chance to try it in the lead-up to this review. Often, I was playing with the same groups of streamers and press in the pre-release period, which you’d think would mean I’d frequently be rotated into the role. But it rarely happened, even if I joined from the spirit realm. It’s likely that with more players running, there will be more opportunities, but I didn’t get all that much time to experiment. 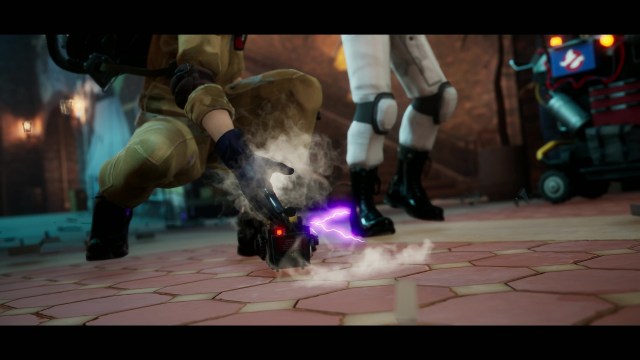 The franchise rights alone will make us rich

The first time I played Ghostbusters: Spirits Unleashed, it didn’t click. It was chaotic and confusing, and everyone else seemed to be having the same trouble. When I went back to it, I quickly found myself getting invested. From the moment when the team splits up to seek out the rifts to the final minutes where they group together to wrangle the ghost, there’s a lot of dynamic fun to be had. Many of the game’s mechanics have smaller nuances, to the point where strategies take form over repeated plays.

Busting along can be difficult, which is something that has often been stressed across multiple versions of the universe. In Extreme Ghostbusters, Egon even remarks that going alone is breaking the first rule of ghostbusting. You can’t maintain a tether and throw a trap out at the same time, and a ghost that slips your stream can disappear quite quickly. It’s better if someone supports the person with the primary tether. Throw out a trap, open it, then help guide the ghost in. Better yet, if you can bullseye the trap under the ghost.

The whole experience feels rather polished and balanced. It may need some fine-tuning, but I had plenty of battles against talented ghosts who were one miscalculation away from seeing the inside of a trap. Spirits Unleashes feels like it has a lot of passion behind it. More than just a licensed multi-player game, the development team put some visible thought into how to adapt the subject matter into a compelling multiplayer experience. 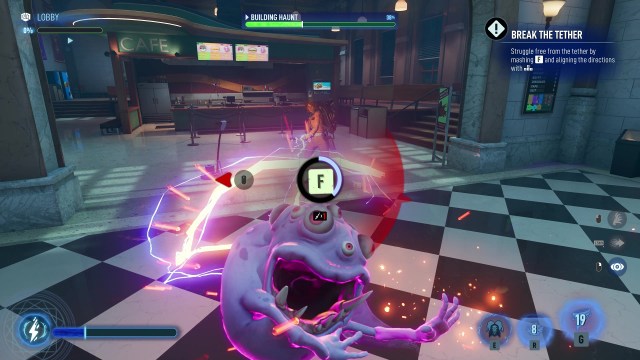 Are you a god?

There’s a decent amount of customization available, which I’ll admit is very important to me. There are multiple skins for each ghost type and the equipment can be tuned with some very universe-appropriate upgrades that gradually get unlocked, but more key is the ability to deck out your ‘buster. You’re mostly forced into the uniform, but there’s a wide selection of ways to wear it, as well as colors to choose from. This means that while you can go wild with your creations, no one looks fully out of place.

Between jobs, you can also wander around the firehouse, check out your various collections and side tasks, and even interact with some of the equipment. While the narrative is a bit bust, it takes the time to actually be a Ghostbusters game. Ernie Hudson and Dan Aykroyd are both here to voice their characters, with both Winston and Ray being lovingly animated. 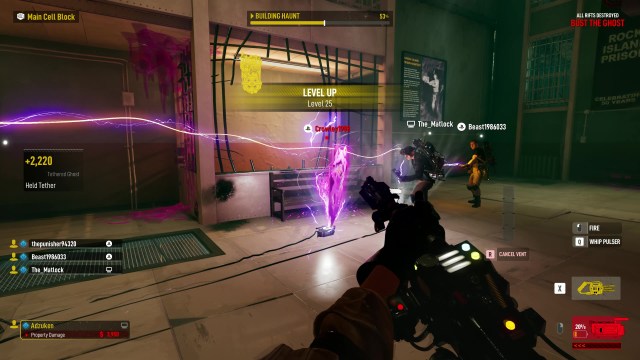 Light is green; trap is clean

As a Ghostbusters fan, I’m left wanting more. I wish the humor were more in line with the original movies, but instead, it sounds more like it’s ripped from Extreme Ghostbusters. Being able to do something with Ecto-1 would have been nice, but something tells me Illfonic probably did some thinking on how to include it, but it fell out of scope. Frankly, while I wish for more levels and more customization, the price they’re asking for what’s there seems more than fair.

When the multiplayer was dropped from the remaster of Ghostbusters: The Video Game, I was rather disappointed. It was somewhat tacked on to tick a box that the publisher probably wanted, but it was kind of fun all the same. I’m not big on multiplayer, but busting makes me feel good. There’s been a drill-sized hole in my heart waiting to be filled, I just wasn’t expecting Ghostbusters: Spirits Unleashed to fill it so well.

And, as I sit here writing this, I can’t wait to zip up my flight suit and step back into my combat boots to bust some more. A lot of love was poured into Ghostbusters: Spirits Unleashed, and it speaks to me. I can only hope that Illfonic is able to support it for months or even years to come because I can definitely see myself returning to it again and again. Now, if you’ll excuse me, I’ve got an unlicensed nuclear accelerator to strap to my back.