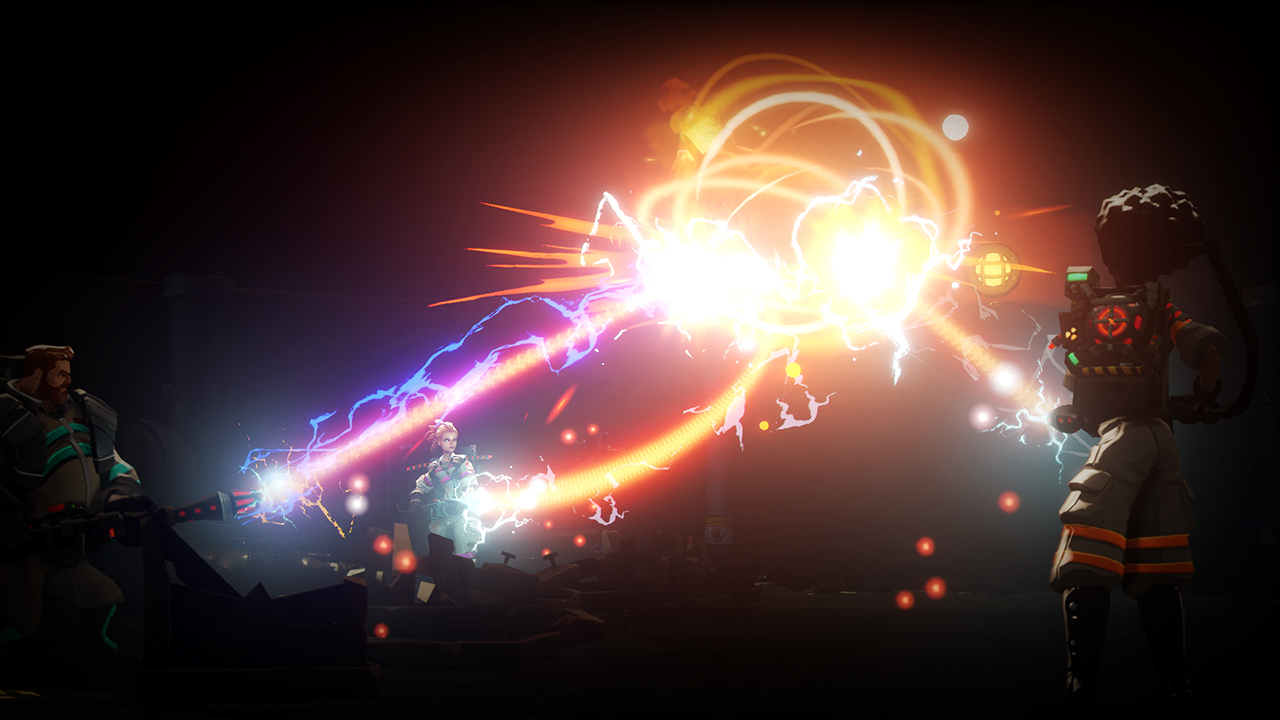 Shut it off, I’m warning you

For the past week, I’ve been playing Ghostbusters for one hour each day. I’m technically capable of spending more time with it, but I’m not that strong-willed. After my one hour, I treat myself for my commitment to this job. One day I got ice cream. Another time I played a better game. Once, I just went to bed. Really, anything is a reward after an hour with Ghostbusters.

This Ghostbusters title is a lot like going to the gym and running on the treadmill. Beforehand, there’s a voice in your head that says “Here’s a better idea: Let’s just not do it!” During, it’s unpleasant, tedious, and you don’t eventually end up getting anywhere. The analog falls apart when you consider the aftermath. At least there’s a sense of accomplishment after running on a treadmill; investing time in Ghostbusters is nothing more than an unfulfilling waste.

As far as licensed cash-ins go, Ghostbusters is among the most egregious. It’s so uninspired that it’s actually hard to offer sincere critique. This is a game that tries to do nothing well and succeeds in its commitment to that effort. At least other bad licensed titles like Teenage Mutant Ninja Turtles: Mutants in Manhattan manage to come up short. With those games, you can point to the problems and say “this is why it doesn’t work.” That’s not the case with Ghostbusters. Here, you just have to accept that whoever was in charge didn’t want to make a video game that was even remotely interesting. It’s offensive how phoned-in this is.

It’s amusing that Ghostbusters turned out so offensively bad because it tries so hard to be as inoffensive as possible. Obviously aiming to shirk any of the sociopolitical blowback from the movie, the cast is made up of two men and two women. Everyone speaks only in uninspired one-liners. No one has even a modicum of personality. It’s all so shallow and safe, and it’s immediately clear that this is not a game that will make you think.

Actually, Ghostbusters doesn’t want you to think. That much is evident by the few design decisions it took to make this. Every level of this cooperative top-down twin-stick shooter is mostly similar — winding labyrinths that sometimes branch off for optional rewards. Along the way, there are waves of ghosts to shoot. Choice ghosts require lassoing and trapping after their health is whittled away. It’s far less exciting than it sounds, though; it’s just positioning a thumbstick and mashing a button.

After completing the introductory level, you’ve seen all that Ghostbusters has to offer. Everything after that is just a retread of the exact same process. Stages stretch on far longer than you’d expect, often weighing in right around the 45-minute mark. Never do they feel as if they progress, however. It’s just section after section of the same mundane gameplay, all in areas that look the same as where you just were.

Ghostbusters sports two systems that are mildly better than the rest of the game. One is a post-level skill tree where accrued points can be spent improving weapon damage, movement speed, health, etc. It falls mostly flat because well-leveled characters don’t feel significantly more powerful. The other is a P.K.E. meter that’s used to uncover hidden symbols on the ground and leads the way to collectibles that are off the main path. This would be a good concept if it didn’t unmercifully slow the pace to a crawl.

Those two ideas that come with gigantic BUTs attached to them are the kindest things I can muster about Ghostbusters. The rest is a vapid, hackneyed slog that feels incredibly long despite being rather short. Ghostbusters does the bare minimum required, and it’s apparent that this is a project that nobody cared about. It’s ironic that a game so entrenched in specters and spooks is so completely lacking in spirit.