I was immediately on board with Furi. I’ll never tire of well-designed boss fights, and it sounded refreshing to have an entire game centered around intense, prolonged one-on-one battles without hired goons or skill upgrades bogging you down along the way. We deal with enough fluff as is.

The streamlined approach spoke to me, as did the character designs of Afro Samurai‘s Takashi Okazaki and the amped-up electronic jams of Carpenter Brut and The Toxic Avenger. For some time now, Furi has seemed like a promising package with all the right ingredients to be something special.

My fears, leading up to release, hinged on how everything would feel melded together. This isn’t just your standard sword-swinging action game — it’s part twin-stick shooter, too. Thankfully, Furi nails much of its execution. 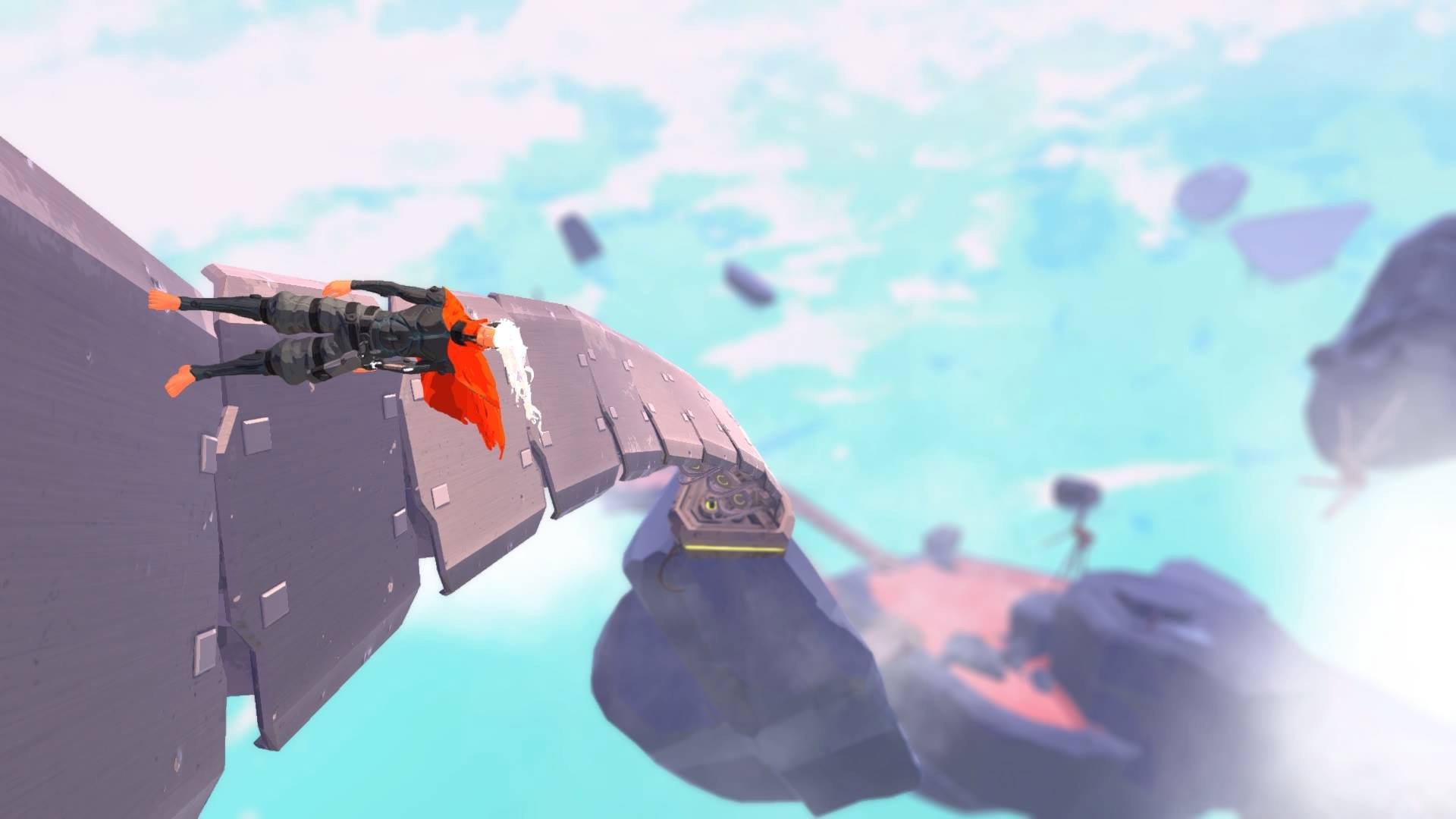 Playing as a silent warrior of unknown origin, you are unshackled and sent out to take on the first in a line of eclectic “jailers.” Each of these guardians has a distinct world you’ll need to work through before you can reach a nearby planet they are protecting and attain freedom. That’s the story according to a cryptic rabbit-hooded man assisting your escape, anyway. The specifics of your journey are left hazy for most of the game, leading to this unshakable feeling that you are a stranger in a strange land.

It’s in this first fight you’ll learn the basics that will carry you all the way to the end. In Furi, you begin with a full set of maneuvers. The is no character progression or leveling up or any similar system — it’s simply you improving your reflexes and pattern recognition over time. You have a sword and a gun, both of which can be charged to deal further damage, as well as a teleporting dash and the ability to parry attacks. Nuances aside, that’s about it. To the designers’ credit, this simplicity does not get old.

The bosses follow a similar overall structure, but there’s enough variety — in their personalities, attack patterns, gimmicks, and stage layouts — to keep you on your toes. Some are more shoot-’em-up oriented, while others take a defensive role for a classic sword-fighting duel feel. I couldn’t wait to see who was up next, and that motivating force made it hard to put down the controller.

Generally speaking, you’ll only be able to sneak in a few strikes at a time, and even then, you might just have an opening after you’ve parried a string of swipes or navigated a hellish wave of projectiles, and not a moment before. Button mashing won’t work. Furi is a game about reading your opponent and biding your time until the right moment arises. If you try to go ham, they’ll dodge you or go invulnerable.

There aren’t mid-fight checkpoints so, yes, this can be a frequently challenging and sometimes incredibly infuriating experience to get through. That said, you don’t have to play perfectly to succeed. Every time you parry, you’ll replenish a slight amount of health. You also have lives, so to speak, and each time you clear a phase in the battle (there are typically several), you’ll regain one and also have your health bar fully restored. Once you run out of attempts, though, that’s it.

This system makes for tense skirmishes with last-minute comebacks and deeply satisfying victories, but it’s also frustrating. When you can make it past most moves unscathed, save for one or two that are perhaps overly punishing, it can be a real chore to replay the entire fight up until that point to get another crack at learning the timing and progressing further. For me, it’s the dodge; it doesn’t quite feel responsive enough given the absurd shit you are occasionally asked to deal with. During a few sequences, I felt as if I almost needed to predict what was coming rather than react and adapt. 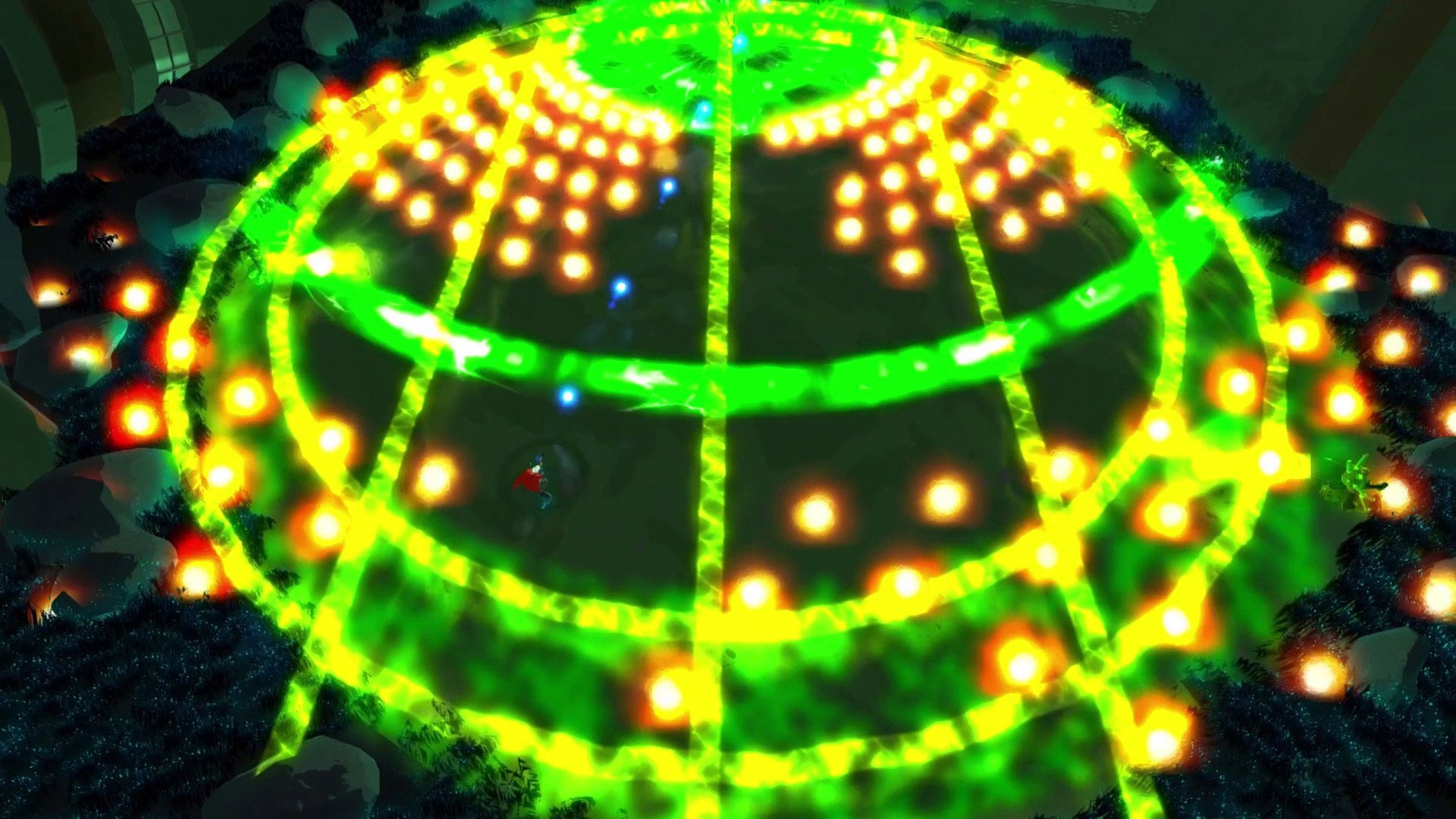 About halfway through Furi, I relented and bumped the difficulty down a notch. I strongly suggest resisting the urge to do so unless you’ve reached your absolute breaking point. It feels like a joke, comparatively. There is no satisfaction from winning, and the speed with which you’ll fly past the bosses also messes with the pacing of the story interludes between battles. They’re meant to be a breather — a chance to calm your nerves while strolling through wonderful, imaginative worlds — but on the lowly Promenade difficulty, these moments come across as drawn out and boring.

There is a practice mode, thank goodness, and it’s the ideal place to hone your skills on any of the jailers you’ve encountered in the story mode. Folks who are up to the challenge of the standard Furi difficulty can unlock hardcore and speedrun modes to help extend the life of what is a fairly short game. With sufficient skills, Furi is beatable in a single sitting, but I found it tempting to spend many more hours trying to master the combat. It’s highly replayable, in part because of the stellar soundtrack.

Some of the boss designs feel uneven or underdeveloped, and the dialogue misses about as often as it lands, but when Furi is good, it’s real good. I am surprised by how well its fusion of action and shooting works. Just make sure you have the patience necessary see the game through to the end.