Vanity mirror on the wall, who’s the biggest bro of them all?

Check it bro, you can get a shirtless outfit for Gladiolus bro! And it carries over to the main game! 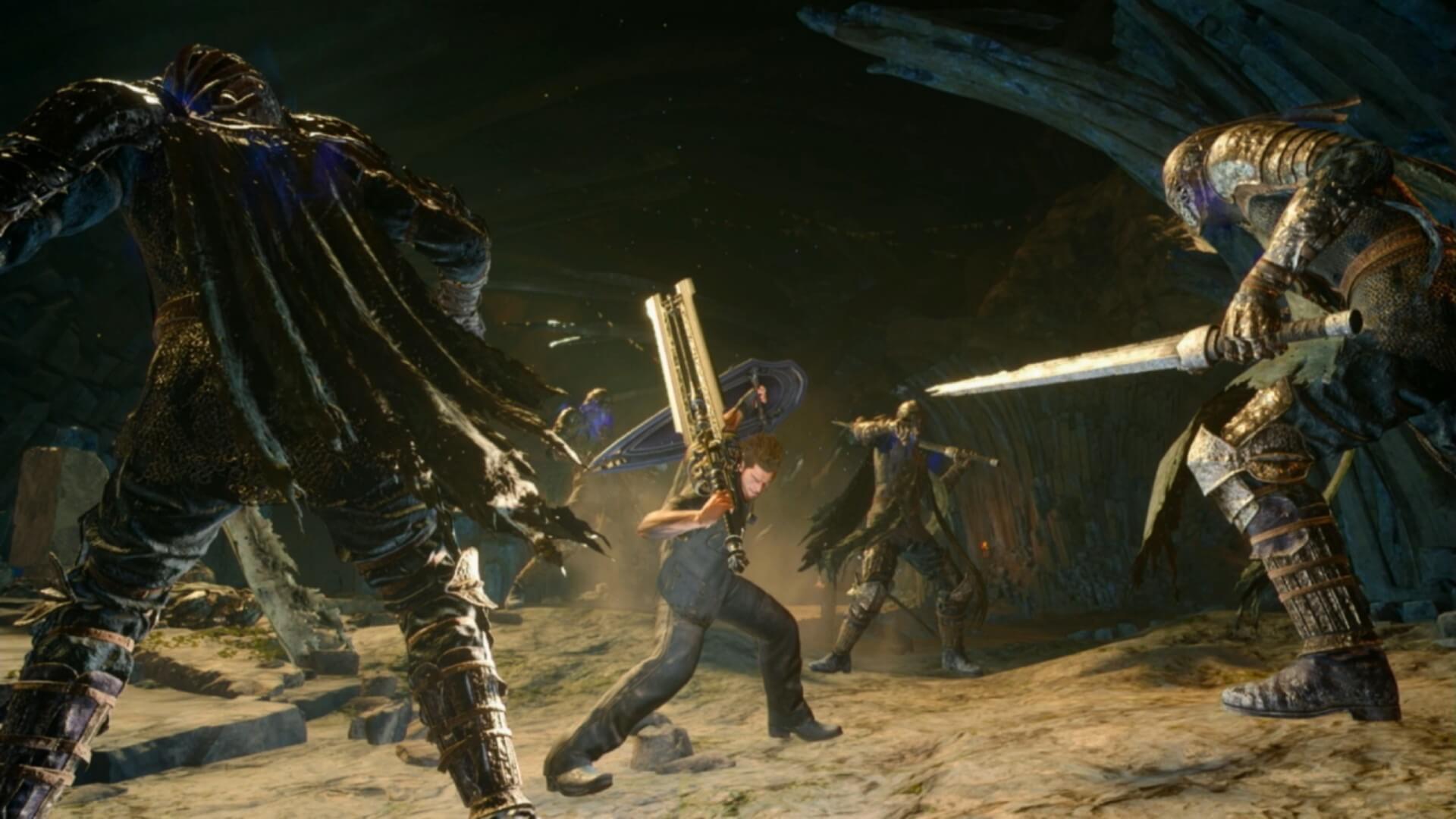 In a very DLC sort of way, Gladiolus steps away from the core party in Final Fantasy XV proper for a bit (during Chapter 7) — that’s where this episode takes place.

It’s the Gladiolus show, yes indeed, and all of his raw combat power is showcased in this add-on that sees him undertaking a trial to beef up for Noctis. Strangely, Cor Leonis, someone who was barely touched upon in the campaign is here, and earns his place — but only just a little. He’s one of the most fearsome members of the military sworn to King Regis, but he takes a backseat here to the main bro. His inclusion merely serves as a light level of exposition and feels like a missed opportunity to delve further into life in the kingdom of Lucis, something that’s glossed over in favor of giving us a reason to watch the Kingsglaive movie.

While it’s easy to forgive some of the omissions as the story is easy enough to piece together, this would have been the perfect opportunity to push the lore a little more — as it stands, the free anime episode is more enlightening than this paid DLC.

In fact, clocking in at roughly an hour or two (if you do everything), there isn’t much room for anything outside of a slight twist on the already fun combat system. Gladiolus is a little slower than what you’re used to, but he does have the gamey rage meter that lets him charge up and unleash new abilities after getting hit or dealing damage. You’re basically going to be blocking more than dodging and counter-attacking, which to its credit, does differentiate DLC Gladiolus from playing as Noctis. Pulling giant columns out of the ground and using them to bludgeon enemies to death is also a hilarious touch that meshes with the strongman theme.

That cool nuanced combat alteration (which will no doubt spread over into the other characters’ DLCs) stops there. Episode Gladiolus is basically a dungeon you’d wander into on the open map, and almost feels like a loose collection of challenge rooms. A comparison Square Enix saw fit to address itself, as it even has a score attack mode that skips cutscenes and turns the whole affair into a speedrun-like deal. Bang bang, slash slash, fight [a more serious rendition of] Gilgamesh, and you’re done. As previously mentioned, you do get a shirtless Gladiolus outfit that carries over into the main game, which is a cool little bonus.

As someone who absolutely loved every member of the bro-trip party, I was hoping for a little bit more from the first major round of Final Fantasy XV DLC. The game has already received a ton of fantastic free updates, but so far the “Episode” format seems to be something all of us should enjoy in the Game of the Year edition, and not piecemeal.

[This review is based on a retail build of the game provided by the publisher. You can access the DLC from the main menu as a separate episode.]