Attack on the titan, Shrek

I’m surprised that in the four years it’s been since the anime has blown up (which in turn reinvigorated the older manga), we haven’t seen more Attack on Titan homages.

The idea of one warrior versus giant Godzilla-esque creatures is tantalizing, but after playing Extinction I can see why the concept isn’t as prevalent — it’s tough to pull off. 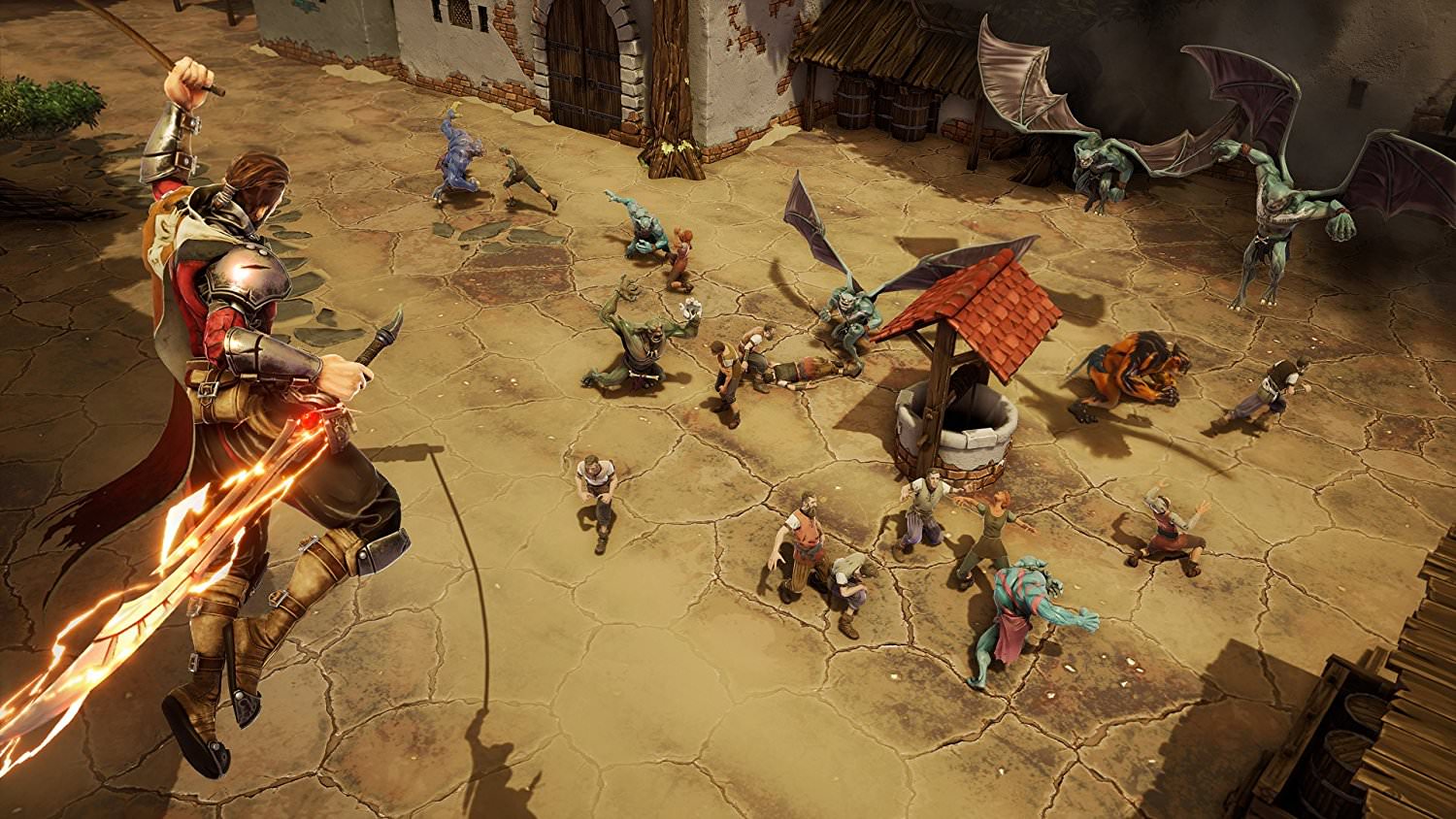 The epic feeling of the marketing doesn’t quite convey what Extinction really is. It isn’t a virtuous and sprawling tale of an indomitable populace fighting off formidable titans — rather, it’s an arcade joint that features one- to five-minute missions with a very loose storyline holding them together.

Extinction‘s gist is that you’ll kill a few enemies or save civilians by way of sending them through portals to gain a special meter, which powers you up and enables one to slay said titans for good (usually by cutting off their heads). Killing more enemies will get you more meter, and saving townsfolk…by killing monsters to free up the portals, will also provide meter.

See a pattern here? The clever tutorial and the light exposition by way of dialogue boxes try to conceal this repetition, but it bleeds through after 15 minutes or so in an unavoidable way. Big bads aren’t nearly as cool as you’d think as combat boils down to glowing weak point slicing (locks/body parts/armor glow when you target them), and then the almighty coup de grâce. After you hit a finisher you need to kill more stuff or do menial tasks to build up your meter again, then possibly kill another giant with meter if the mission requires it.

The main downer is that roughly half the game boils down to rescuing or killing cannon fodder, which gives us very little in the way of creative freedom. One mission requires you to save a certain amount of villagers, and if you don’t quickly dash down the one linear path you won’t reach enough in time. Nominal upgrades like slightly faster civilian portal saving or slightly higher jumping don’t really give players anything to work toward.

It’s set up in a boring way, but Iron Galaxy’s fighting game background helped them craft a very fun little action engine. Locomotion is superb and reminds me of the PS1 era, as you can use a wide array of tricks to get from place to place, including an air dash that’s more like a temporarily glide, a grappling hook, and parkouring off trees to nab another dash. Auto-combos (which are making their way into more and more fighters these days) that shift into launchers are another flashy touch that should appeal to just about everyone.

It was a weird experience because at first I was really digging it, zipping around like I was in a cartoon, but after the 10th portal rescue I kind of settled down. If you’re up for it there’s three different ancillary modes (daily challenge, extinction, skirmish) which are all ostensibly the same thing — killing stuff to the tune of a leaderboard or timer. If you take to Extinction and are really into the idea of repeating the same maps for speedrunning purposes you’ll dig it.

Extinction is a good blueprint for a more interesting game. I came in excited to slice up some giants, but after the fifth rote exercise I was kind of over it. There are some flashes of brilliance every now and then but the over-reliance on the core energy meter idea keeps it imprisoned in the depths of repetitive arcade territory.