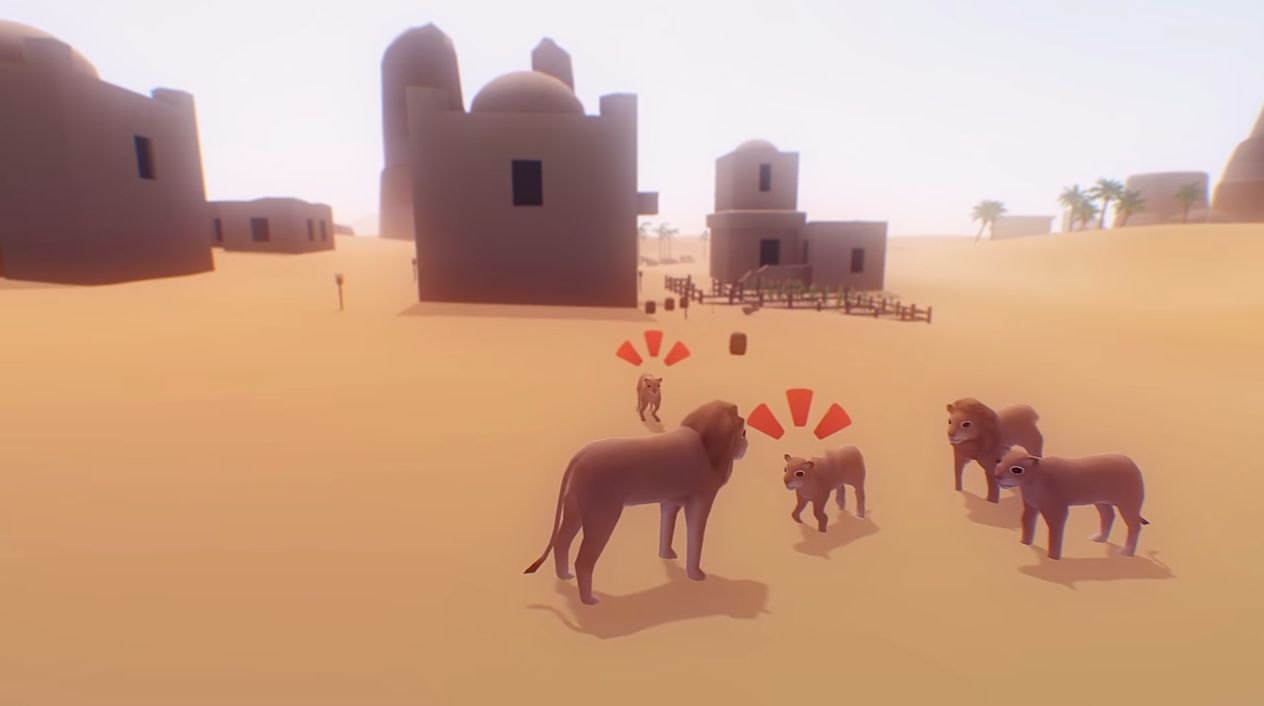 Get one with the universe

Fortunately, things get quite a bit easier if you break it down a bit. Everything is a game about Every Thing. Simple, right? 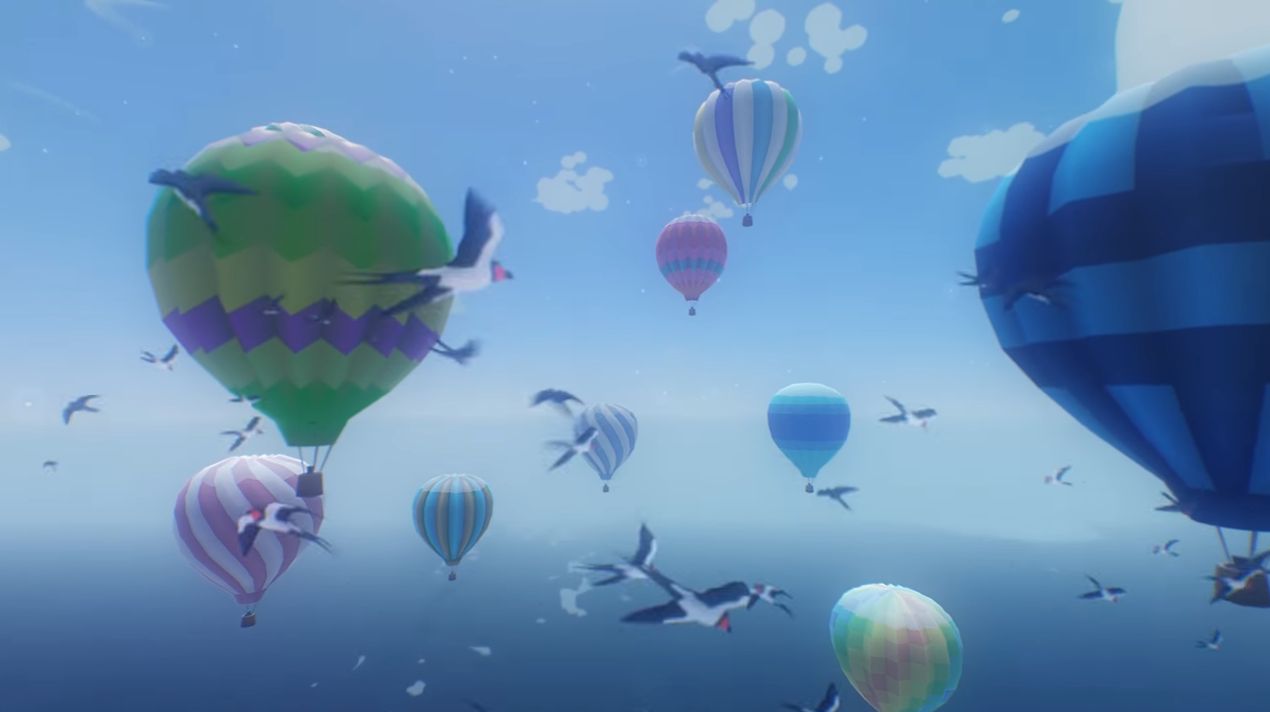 I’d end the review there, but being a professional Games Journalizer, it is only prudent to continue. Every Thing in Everything‘s little universe is playable, from the smallest rock to the largest galaxy. If it’s rendered in the game as a distinct object, you can control it.

Exactly how to control it is a fairly simple process. Hold a shoulder button, and highlight that thing and voila, you are an ant. Or a juniper tree. Or a helium molecule. Or a continental landmass.

This, of course, raises the question of what exactly can be done in the game, once possessing an appropriately silly object. Well, you can move. Everything you “possess” is capable of movement, even rocks, trees, and other typically inanimate items. Singing and dancing are also options, allowing like objects to group together in swarms, rolling about the procedurally generated landscape like plastic toys falling out of a toy basket. 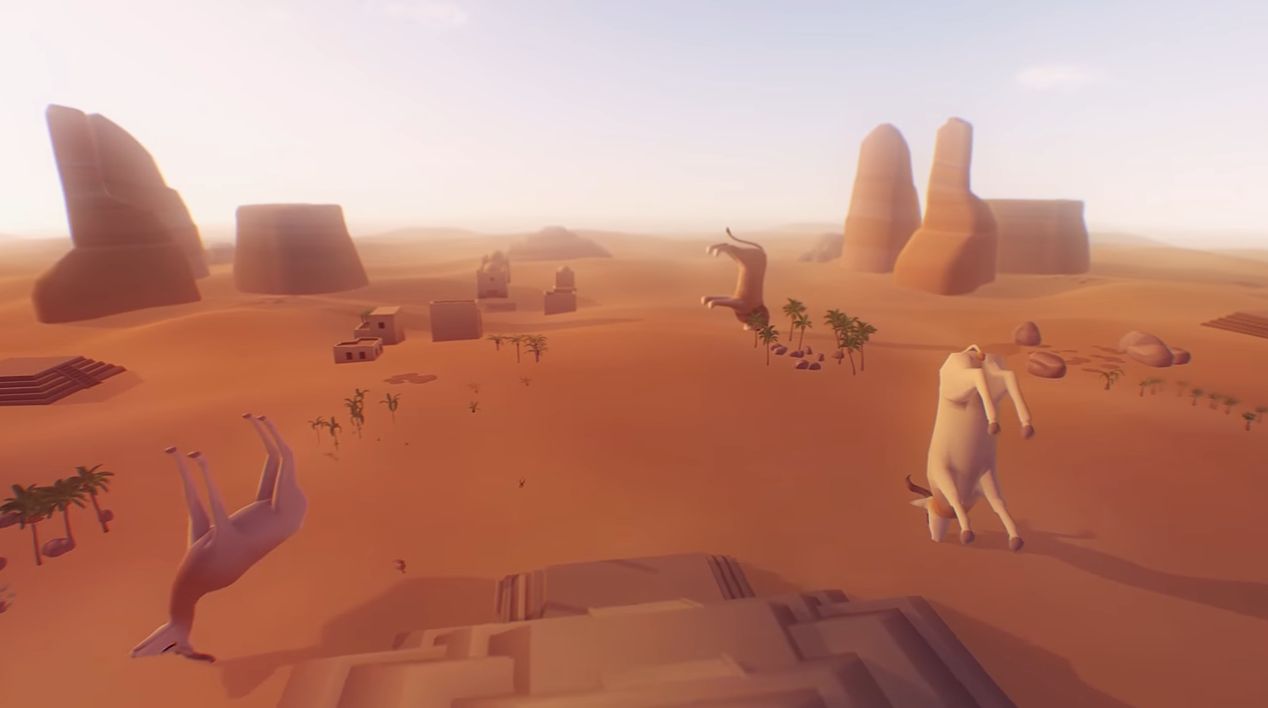 About the only thing you can’t be in Everything is a person. There just don’t seem to be any around, despite the presence of cities, buildings, cars, forklifts, and all manner of other artificial items.

That’s not to say that there’s no human touch to the game, though. The other thing to do in game involves hunting down little thought bubbles randomly dispersed across the universe, emitted by various objects. Most thoughts read like deep-thought tweets, but others unlock clips from the lectures of Alan Watts, the late British-American pop philosopher. These bits are what separate Everything from any number of vaguely profound art-games, as the lectures are, for now, exclusive, added to the game through a deal with the Watts estate.

The talks themselves promote a sort of universalist outlook, encouraging listeners to think of themselves as part of a larger existence, where distinctions between “self” and “other” are nothing more than mental barriers to a wider perspective. We are all star children, and so on. Dating back to the ’70s and ’80s, the “oneness of the universe” standpoint even seems a little quaint, but at the same time, it might actually be valuable to emphasize how interconnected everything is in a time when people are more divided than ever before.

I’m not equipped to tell you if that all seems very deep or not. I don’t know what kind of philosophy or theology courses you took in school, so the impactfulness of the Watts talks will very from person to person. All the same, they were never boring to listen to, at least, and fit in with the game itself. Everything does its part to try to reinforce Watts’ vision of a grander, more comprehensive perspective.

Despite the game’s somewhat primitive graphics, there is something genuinely cool about being able to zoom out from the atomic scale all the way up to going outside the universe itself, into a meta-space inhabited by abstract shapes and planes. It’s capable of inspiring a measure of awe, under the right circumstances (perhaps late-night circumstances, after a couple of drinks or a joint).

Beyond all that…there isn’t much to Everything. If the sense of scale and openness don’t grab you, it’s unlikely the philosophizing will. Though there is something a bit “game-like” about trying to possess absolutely all the possible objects in the game’s universe, it’s unlikely anyone will ever bother to try. 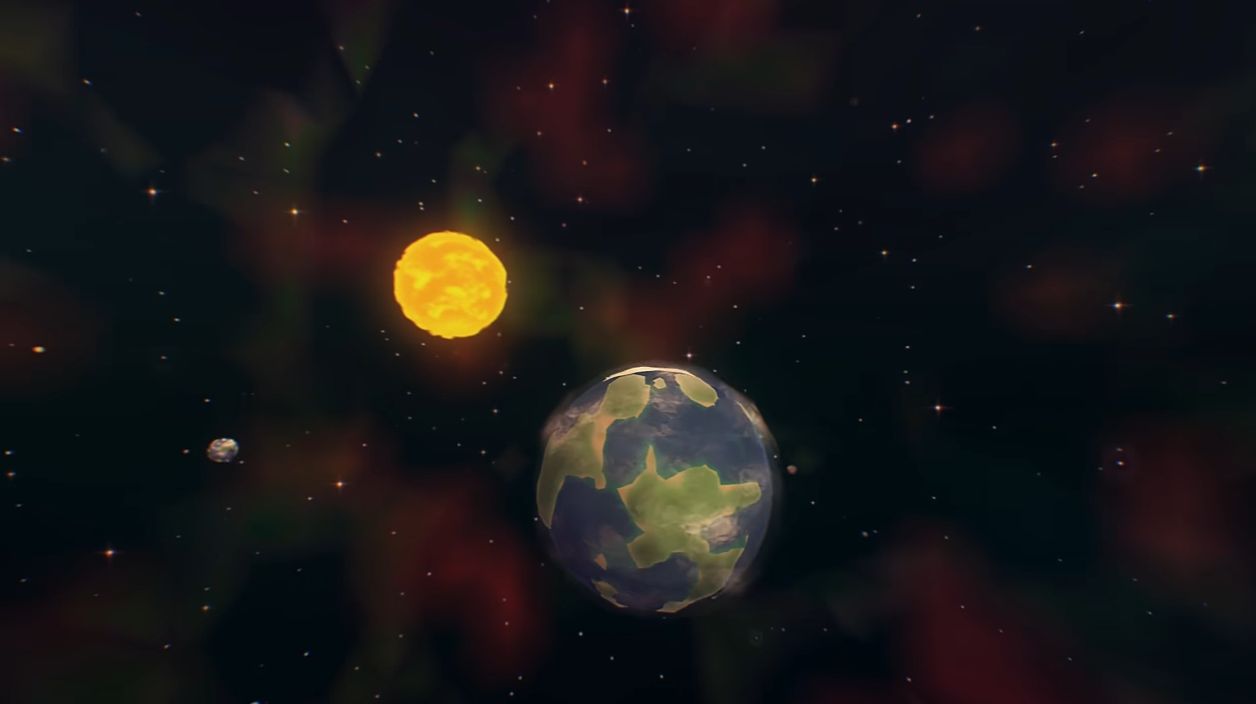 And yet in its way, Everything feels to me like a mellow, less aggressive take on Katamari Damacy or Noby Noby Boy, a curious, reflective novelty that, for players in the right kind of mindset, can spark something profound.