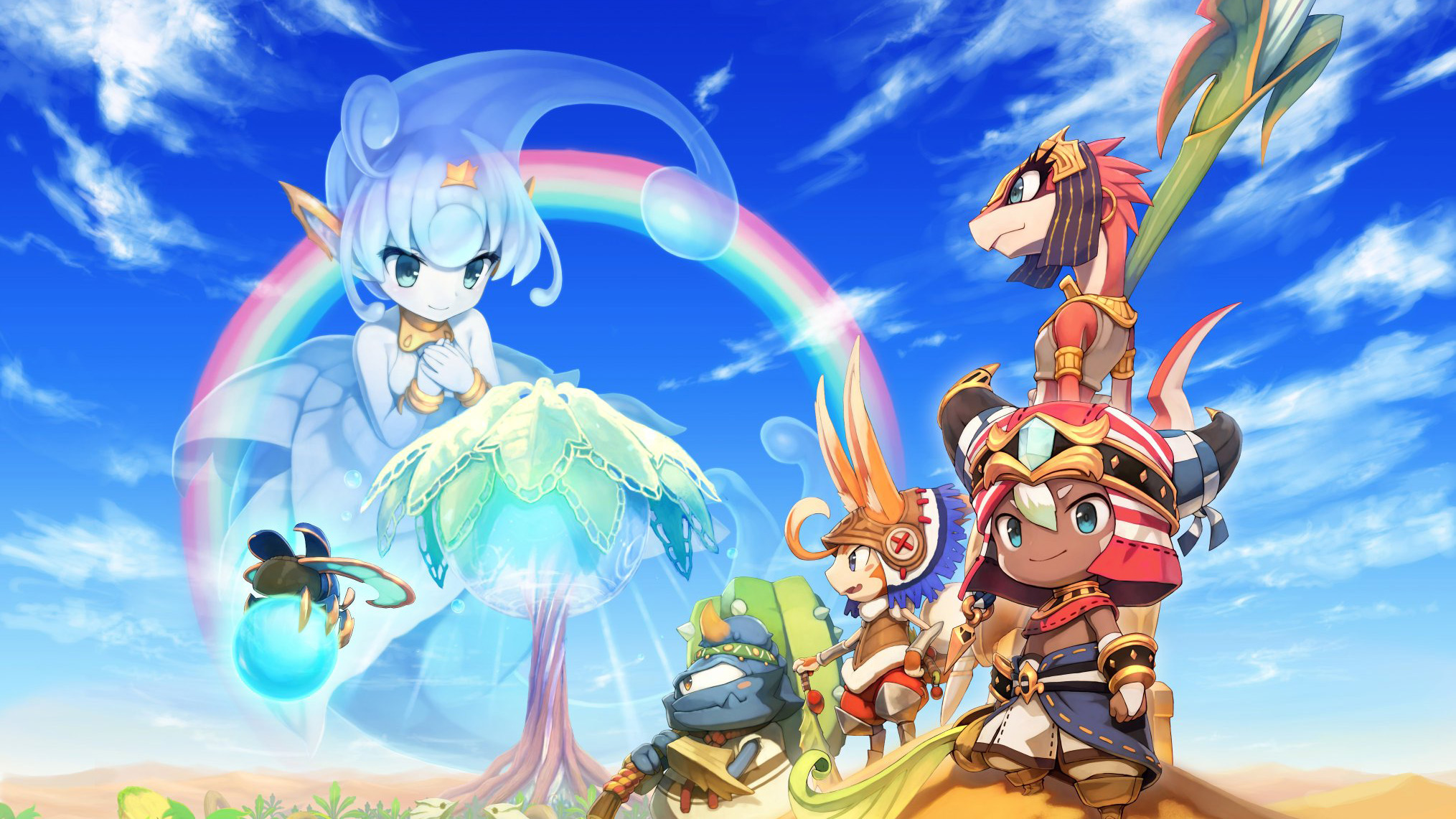 Why do so many people want Nintendo to just up and abandon the 3DS? I get there is a great new powerful console out, I do, but that doesn’t mean it has to kick its handheld to the curb, to put it on life support with only niche Japanese titles to keep death at bay. There is already one handheld on the market in that condition, we don’t need two.

I think Nintendo should support the 3DS for as long as it wants, especially if it’s going to keep giving us games like Ever Oasis. 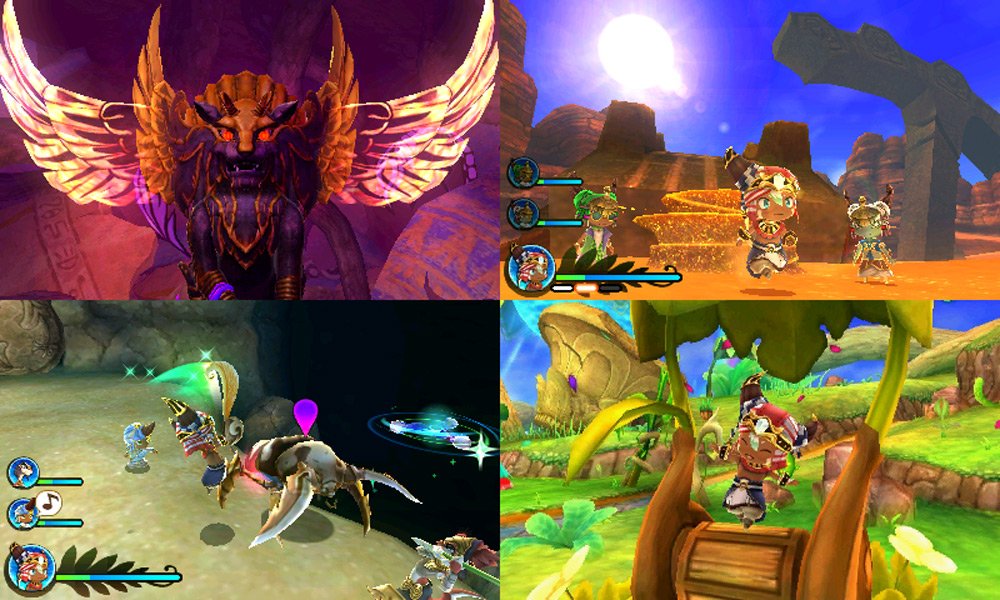 In the midst of a vast and expanding desert landscape stands this world’s last chance for survival. The figureless fright known as Chaos has devoured and decimated every last ounce of good from the world, erasing each oasis it is able to corrupt. Nobody, no creature, has been able to stand up to it. Now, it targets my oasis, my little vessel of hope in this arid wasteland, and it will stop at nothing until my home is wiped from existence. My seedling, the little Tethu, along with the last water spirit Esna, is the only being powerful enough to stop it. And as the Chaos wraps itself around this last spot of green goodness, I know what I must do: I need to build a donut shop. And then maybe an umbrella store. Because the end of the world might be at my door, but this is capitalism baby and that shit don’t quit for anything.

Ever Oasis weaves two genres into one charming game. Part of it is a city builder, where I must go out into the world to find residents for my budding oasis, helping them set up shops that in turn bring in more potential tenants. As the population grows my oasis levels up and expands to allow for more shops. It’s my responsibility to keep these shops well stocked, so I must venture out into the desert wasteland looking for supplies. This is the other part of the game, the Zelda-like action-adventure portion.

Developer Grezzo spent the past few years creating the premier editions of the Nintendo 64 Legend of Zelda games for the 3DS and Ever Oasis wears that influence on its sleeve. My character, as well as whatever two companions I have with me, control nearly identical to Link. Tethu can only carry a sword, but his companions may be armed with a variety of weapons allowing for varied tactics. My partner AI is smarter than I give it credit for. Teammates mimic my actions, so when I’m attacking they’re attacking and when I’m dodging they’re attempting to do the same.

The Zelda influence extends into the several dungeons in the game as well, each skillfully mixing combat with puzzle-solving to create some tricky challenges and memorable moments. It’s just a shame these dungeons lack the diversity in design usually seen in the series outside of Breath of the Wild. In fact, beyond my oasis, there really isn’t anything quite memorable about the land. There are no significant points of interest and it is easy to get lost with how similar everything looks. There is some noteworthy, middle-eastern décor to be found and the developers do try to change up the scenery in a few parts of the game, but it isn’t enough to make the world of Ever Oasis impactful.

The map offers plenty to explore as it is littered with chests to unlock and puzzles to solve, but that actually might be the biggest point of contention. For much of my adventure, including multiple times in most dungeons, I must return to my oasis to switch out my team for members that have the necessary skills to solve specific puzzles or reach certain chests. Residents, all of whom I can call upon to join me in battle, each have a skill I will need to proceed through the game. Whether that is turning into a ball, using magic to illuminate a room, or flying to a distant ledge, the game forces me to swap out my squad more times than I like.

It can come to be an annoyance, but Aqua Gates, warp points Tethu can create anywhere that take him and his team back to the oasis, help alleviate my frustration. I don’t mind switching out characters, but the concept’s implementation should be more user-friendly. 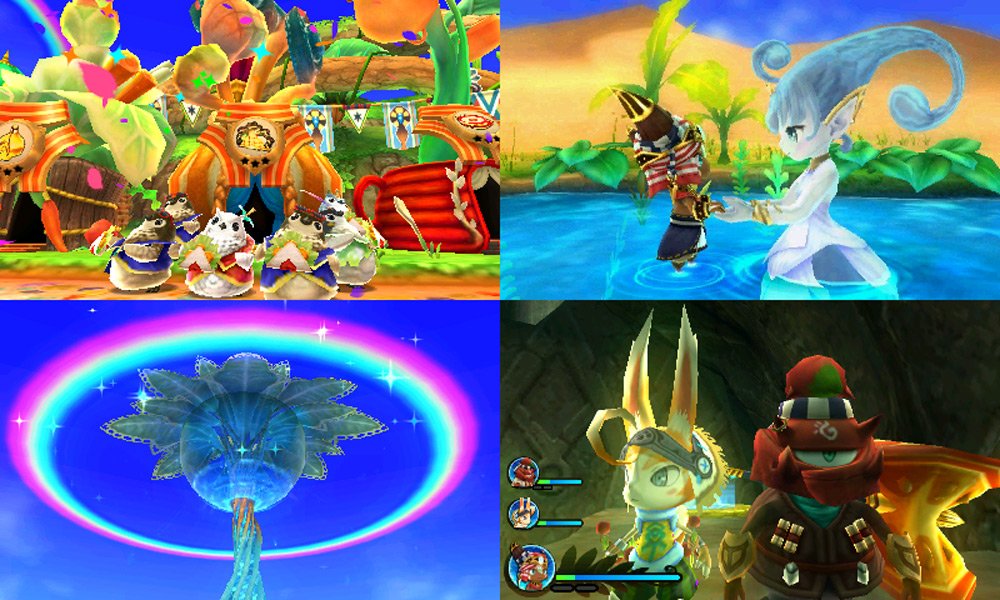 Other niggling issues I learn to live with. Limitations on where I can craft and equip weapons, where I can assemble my squad, and who I can assign to what task feel like remnants of a more restrictive era in gaming. Annoying? Yes, but not a deal breaker. I initially thought tying my progress in the story to the development of my oasis would bother me, but it actually made my experience better.

The game’s story walks a well-worn path with all too familiar plot points and twists. For the first couple of hours, my quest to rid the world of Chaos takes a back seat to building up my village. But once this story becomes the focal point it does so in a big way, and a few of the storylines I forgot about come back into play. I’ve seen this story 100 times before and the ending nearly an equal amount, but it’s still quite effective due to the hours of building up my oasis and becoming attached to these characters.

There are issues with the game, but honestly, I think Ever Oasis is a blast. Building up my little spot of heaven, running errands for the residents, and venturing out into the great sandy plains outside my garden gate provide equal thrills. The longer I play, the more I enjoy it and that is far more uncommon than it should be. If this game is to be the first of a new franchise, it’s a damn good starting point.