My type of game

It’s not often a game forces the player to learn a new control scheme. The dual-stick setup of most modern controllers and the WASD keyboard layout are established as as a standard at this point, so a game needs a very good reason to stray from that.

Epistory has just such a reason, related to its subtitle Typing Chronicles. Don’t let the idea of a typing game keep you from this beautiful, challenging, ingenious experience. 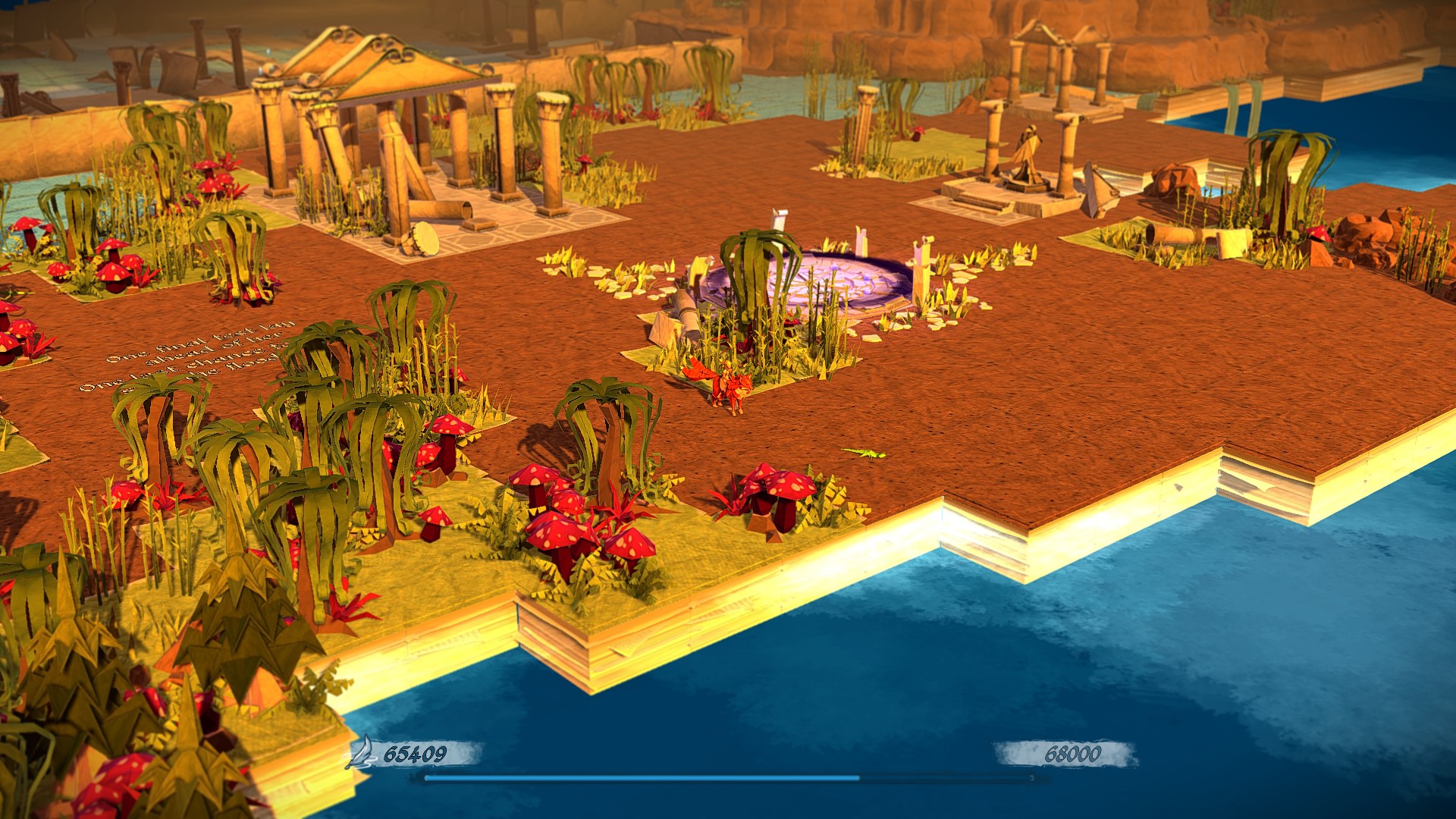 The very first thing Epistory teaches is its unconventional movement controls. The camera generally sticks to an isometric perspective and the E, F, J, and I keys on a standard QWERTY keyboard allow movement along the diagonals. It sounds weird, and it takes some getting used to, but the point is to allow players to move the fox-riding protagonist around while staying on the keyboard’s home row.

This is necessary in order to be able to switch quickly between the two modes. While moving around the world, a tap on the space bar will engage the typing mode, which allows interaction with the environment. Once the screen is cleared of words to type, it automatically transitions back into exploration mode.

It works surprisingly well after relearning how to walk. It helps that both modes offer interesting things to do. There are light puzzles to solve while moving around and tense combat while typing. Some of the best areas combine the two, bringing the typing into the puzzle process.

Combat is fairly simple at first. Words appear above the heads of various insects, arthropods, and arachnids. Type the word to fire a magic blast at that bug. Soon enough, some enemies will have multiple words in a row. With that setup alone, there is plenty of variety in enemy type; small bugs might only require single letters but they come in swarms, while larger, lumbering monsters might have equally intimidating words to type under pressure.

Eventually, four different magic abilities come into play. These unlock new areas in a metroidvania-esque way, but they also change up strategy during combat. Fire will burn the next word on a single bug, ice will stop enemies from advancing for a short time, electricity will chain to nearby enemies if the target has another word, and wind will knock bug back near the target area. Some enemies can only be affected by a specific flavor of words.

Different situations will call for different magic. Some battles are so full of baddies they would be impossible without chain lightning, while others will send out a lot of one-word enemies that are better dealt with using ice or wind. The type of magic can be changed by — of course — typing out the name of the magic, so split second decisions need to be made in battle. Do you spend the time to switch magic types or just keep typing as fast as you can with what you have? By the end, Epistory requires more than just a high word-per-minute output; it’s necessary to consider an enemy’s word length, its number of words, its elemental resistance, and even its location relative to everything else. It’s a lot to juggle, and it takes some persistence, but success is more satisfying than a regular typing game could dream to be. 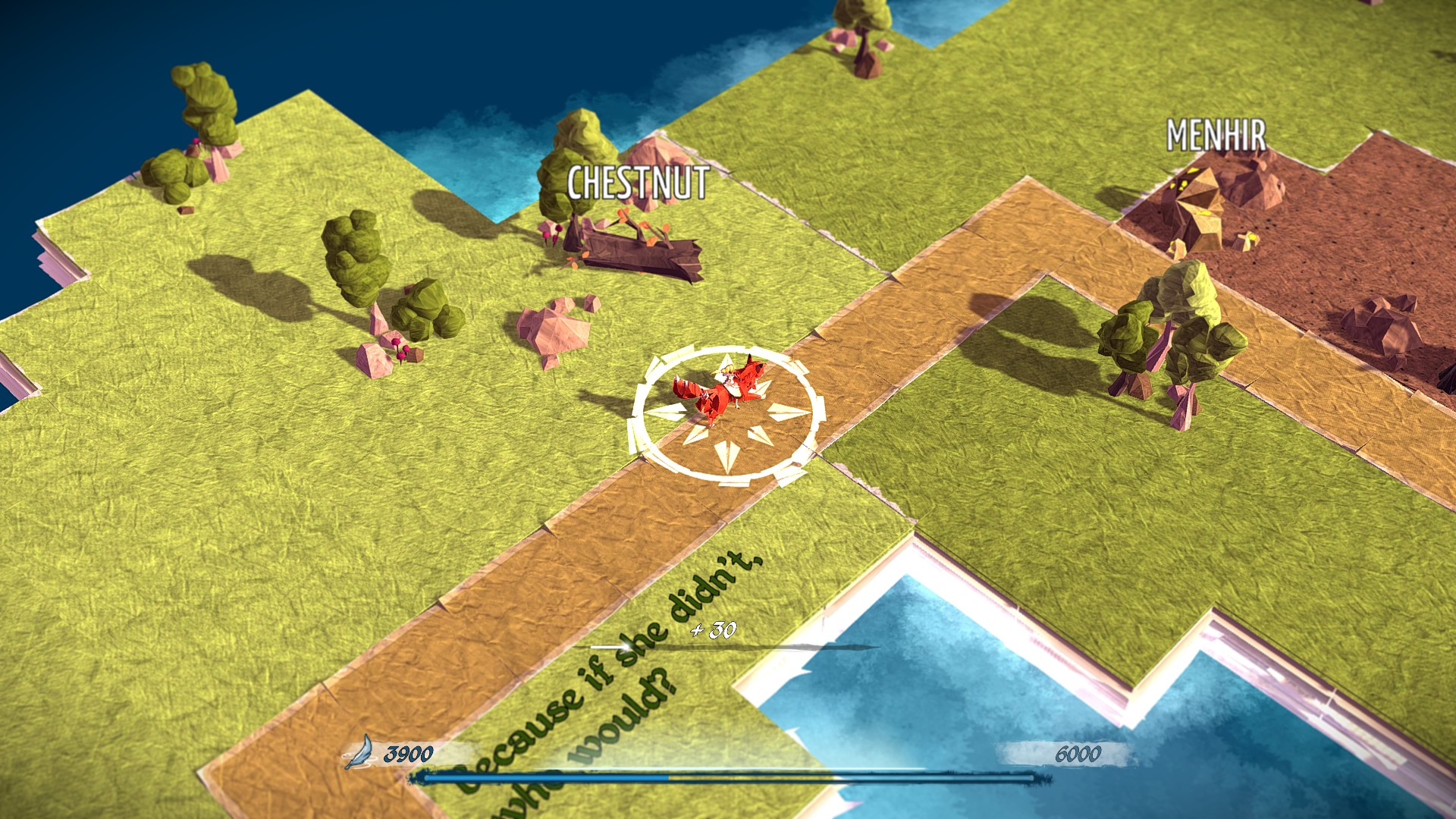 All of this is wrapped up in a beautiful papercraft aesthetic, with new areas of the world unfolding and building up like an origami diorama. The adventure is narrated as the script is written directly on the environment, with two threads of narrative that come together in the end.

It takes about six hours to get through the campaign, but it’s engaging throughout. Each dungeon adds a new twist to the exploration, and each new piece of typing magic increases the complexity of the combat. The base mechanic may conjure up thoughts of Mavis Beacon, but so much has been built onto that foundation, making Epistory – Typing Chronicles so much greater than just a typing game.