Is there something you just love no matter how shitty you know it is?  For example, marshmallow Peeps and candy corn.

Epic Dumpster Bear is a Wii U exclusive, and it is epically shitty, but I kind of like it. Sometimes a man just likes shit, don’t judge.

Is there something you just love no matter how shitty you know it is? Or maybe you just like it, but can accept that it is shit. For example, marshmallow Peeps and candy corn.
Epic Dumpster Bear is a Wii U exclusive, and it is epically shitty, but I kind of like it. Sometimes a man just likes shit, don’t judge. 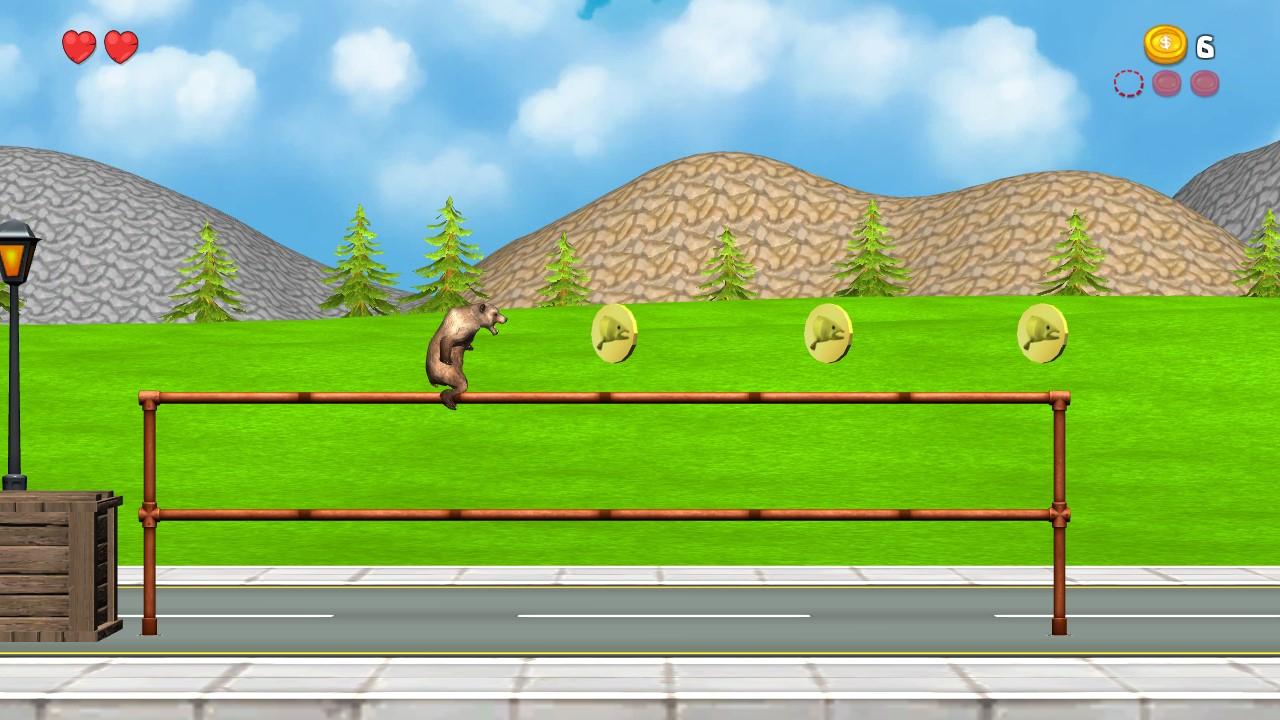 Epic Dumpster Bear is one of those Unity games where most all the assets aside from the music have been purchased and stuck together to somehow make a cohesive platformer. Yes, the graphics are ugly, and no, none of the assets seem to fit in the same universe, but it feels like that is the point: to be purposefully bad.

Where the game makes up for the shitty graphics is the tight platforming and comedy. Each level goes from left to right, with only two buttons being used: a run / action button, and a jump button. Levels consist of cookie cutter backgrounds — some are reused, such as the sand mounds turned to snowy hills — with bland platforms in front of them. Players can run, wall jump, and jump on enemies’ heads to kill them; essentially, the game plays like New Super Mario Bros. Enemies are a hodgepodge of animals that, like most things in this game, feel out of place and don’t make sense, such as a crocodile in a barrel and a cow being dropped by a drone.

The thing about Epic Dumpster Bear is that while it is one of the ugliest games on the Wii U, the platforming is pretty decent. The bear can reach breakneck speeds when going down ramps, or grinding across rails. As much as this feels like a cheap Mario ripoff, it also steals a bit of inspiration from Sonic the Hedgehog in its speed and bounce pads — which include a star on them, same as Sonic.

Throughout the game are a couple of powerups, one that allows you to throw bombs — ala fireballs in Mario Bros. — and one that gives you the power of double jumping via farts. Yes. Farts. Why? Because farts are funny, I don’t care who you are. Here is where the quality behind the scenes comes in: there are multiple fart sounds. The developer could have easily just used one, but instead opted to have multiple that play at random. This attention to detail is why I enjoyed my time with Epic Dumpster Bear.

Boss fights consist of taking on large foes that either requires jumping on their heads, or tossing enough bombs at them to topple them. Overall they are pretty weak because the AI isn’t exactly brilliant, or even decent. You can just quickly mash the bomb button and end the fights in seconds on most bosses.

After each boss fight, a cutscene plays that loosely ties together the game with a story that is batshit insane, but comical at how over the top it is. An evil corporation destroys a bear’s home, forcing him to eat garbage from dumpsters instead of, say, foraging for food and picnic baskets. Eventually, this leads the bear to places such as Egypt and space. Because of course it does.

There are also bonus levels on offer that take advantage of the Wii U gamepad. On the gamepad will be four different colored buttons that can be pressed and depressed. Each color is mapped to the same colored platforms in the stage, and when pressed moves them to one of two locations. While it is nice that the game takes advantage of the gamepad, these levels didn’t interest me as they traded in the fast-paced action for slower puzzles.

The music playing over this masterpiece is fantastic and is — as far as I know — the only wholly original part of Epic Dumpster Bear. Bravo to the composer Mike Pettry for the wonderful pieces he created inspired by this hilariously bland game.

Other than the graphics, the main problem with Epic Dumpster Bear is that every level — aside from the gamepad only levels — could be easily remade in Super Mario Maker, which is, of course, a far better game with a ton more content, though it costs a bit more. 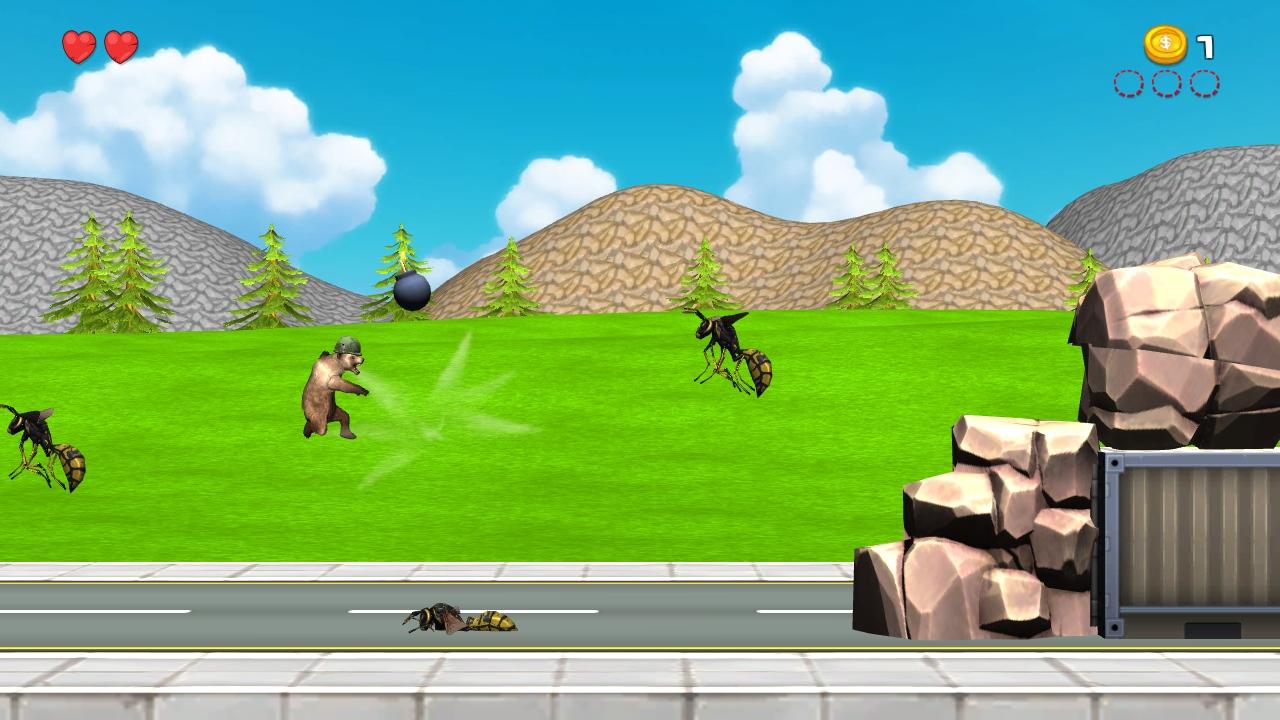 The core game, not counting bonus levels, took me around three and a half hours to complete, all of which I did in one sitting; which just goes to show how entertained I was with the game. I’d imagine that completing all the bonus levels, getting three red coins in every level, and unlocking all the hilarious Miiverse stamps would add at least a couple of hours of playtime.

The beauty of Epic Dumpster Bear is how it isn’t afraid to say “This is fucking stupid and ugly, I admit that, but that’s the point.” The overall presentation somehow mixes great music and tight platforming with a  hilariously dumb story and purchased assets to make something surprisingly playable and enjoyable. This one goes in the so bad its good category.