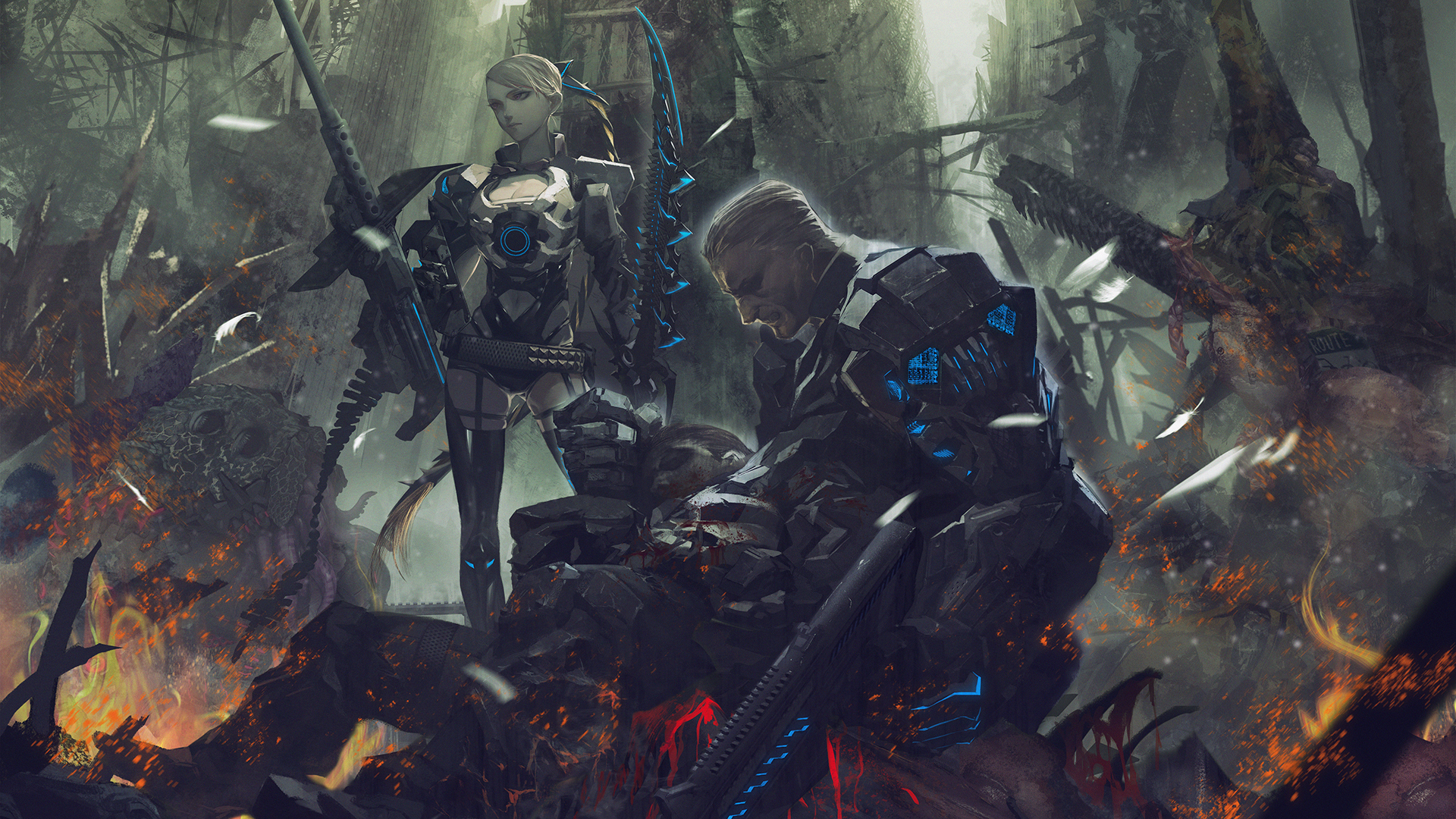 If Vanillaware made Gears of War, this would be it

Take a pinch of Odin Sphere’s art and gameplay, toss in some Monster Hunter loot-grinding, and repetition, and add a smidgen of Gears of War for flavor. Let simmer and serve both digitally and in retail to the select few who didn’t just buy Battlefield 1, Titanfall 2, or Skyrim: Special Edition.

Earth’s Dawn isn’t bad, and it’s not great. I think this one is going to be missed by most, but some of you will certainly dig it. 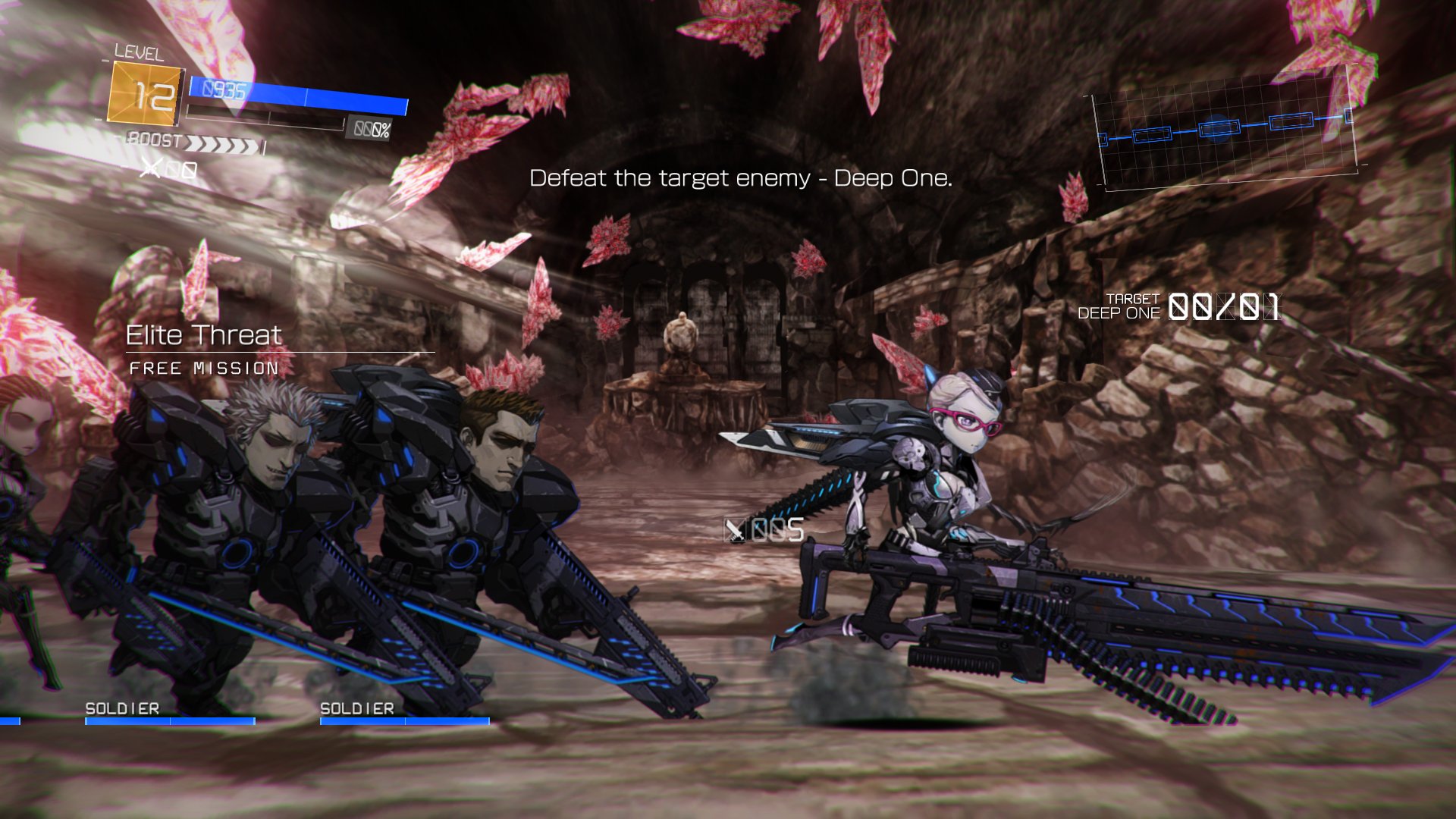 Earth’s Dawn is an apocalyptic cyberpunk 2D side-scrolling beat ’em up and or hack-and-slash that borrows heavily from its influences, which isn’t necessarily a bad thing. You’ve got a hand-drawn art style similar to that of the Vanillaware games that influenced it (though I’d argue it isn’t nearly as colorful or memorable), levels laid out like a Metroidvania game and character and enemy designs that feel ripped straight from Gears of War, chainsaw guns and all.

Most people will probably be initially drawn in by the art style which is obviously easy on the eyes. You’ll be visiting locations around the post-apocalyptic United States that have been practically destroyed by space aliens, including many caves which they apparently like to hang out in. As beautiful as levels are, enemies are conversely equally horrific. You’ll be slicing, dicing, and shooting things such as gray-scaled humanoids that look similar to the Locust from Gears, giant animal-shaped robots, and spookier enemies like the Grim Reaper and giant rock golems. While everything looks decent, a lack of variety in enemies ends up making it feel just a bit less impressive in the end.

You’re able to play as a character presenting as a guy or a girl with a few customizable heads to choose to attach to their Gears of War-like bodies. The men are especially thick, while the women are slender and start in gear that looks more like a futuristic stripper than someone going to war with aliens. Nothing as outlandish as the giant tits and ass found in Dragon’s Crown, but every armor set I came across had the obligatory boob window at the top, which you may or may not like. Throughout the game you’ll also unlock the ability to craft a few basic cosmetics for your character, as I played through as a female I found some hair accessories, glasses, shades, and a hat; nothing too fancy or creative, and only coming in one color, but better than no options.

Repetition comes with the genre, but Earth’s Dawn manages to stretch its small amount of content to the extreme. There are only around seven different levels, but the developers managed to squeeze around 100 missions into them. Missions are selected from the menu and then you’re dropped into the level to complete whatever task you’re given, which is more than likely to go kill some things with a few small exceptions, meaning you’ll be seeing the same areas and same enemies on repeat. On top of that, each mission has unlockable skills based on performance during the level, and some missions require you to complete them multiple times to get all the goods. While you earn XP and level up your character, skills are mostly unlocked via completing missions. Levels layouts vary and are visually different, but the enemies mostly stay the same aside from difficulty and some minor color changes.

It has a lot more in common with Monster Hunter than say Odin’s Sphere, as there are various unlockable weapons types that all control differently. You start with a basic sword and gun before unlocking the ability to use a huge broadsword, a crossbow, and eventually a shuriken. The sword and gun combo provide the most variety and unlockable moves, but I personally ended up sticking mostly with the broadsword as it hits the hardest and gets the job done with the least amount of button mashing, even if I had to hear the same three sound effect combination practically thousands of times.

Guns have unlimited ammo, in case you were wondering, and health is finite though each mission provides you a specific number of lives to complete it in. The movement is rather fluid with the ability to double jump, dash, and pull off insanely lengthy combos midair without ever touching the ground. At first, I felt impressed with myself, but by the end, I found myself just doing the same double jump, attack three times, airdash, attack three times combo till I ran out of dashes. 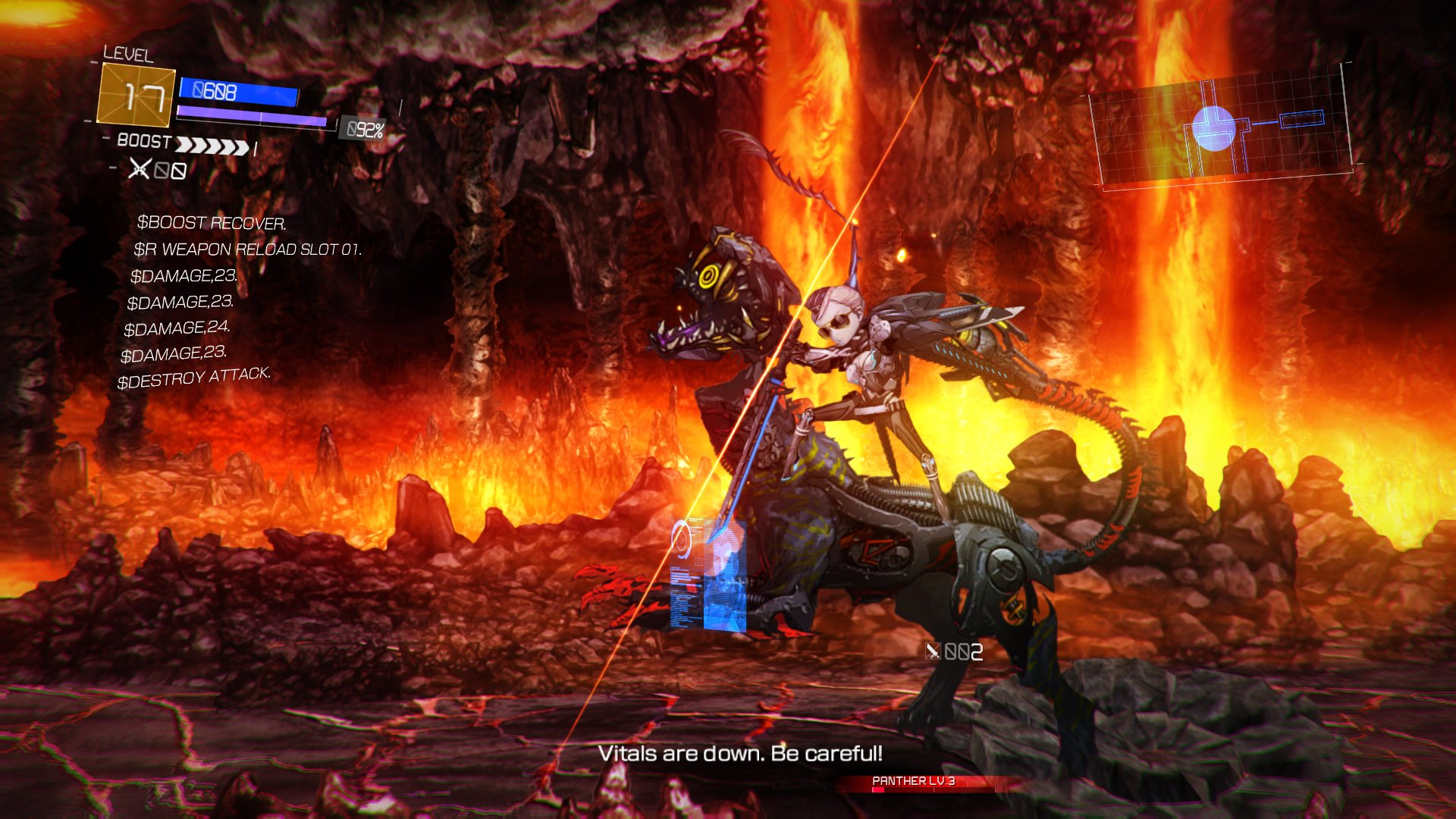 Those hoping for a deep or interesting story will be let down, as this has a very surface level and basic “aliens invaded, now go kick their ass” tale told through generic cutscenes that just shows essentially a GIF of a character flapping their jaws. You could probably guess the entire story without playing the game because it really is that basic.

Earth’s Dawn could be a far better game than it is if it were just a bit more focused and refined. A lot of issues with the game could have been fixed by just making the missions something you could do in each level at your own pace without loading them separately one at a time from the main menu. The level design lends itself to Metroidvania-like gameplay, but the missions themselves just drop you into the map and tell you exactly where to go and what to do, versus just letting you roam freely and do as you wish completing missions along the way.

Even with its flaws, I think many people will enjoy Earth’s Dawn, but I don’t expect it to be a hit or even a cult classic. If anything those starved for something similar to Odin’s Sphere or an RPG-style beat ’em-up might get some enjoyment out of it, while most will find the repetition a bit too much.