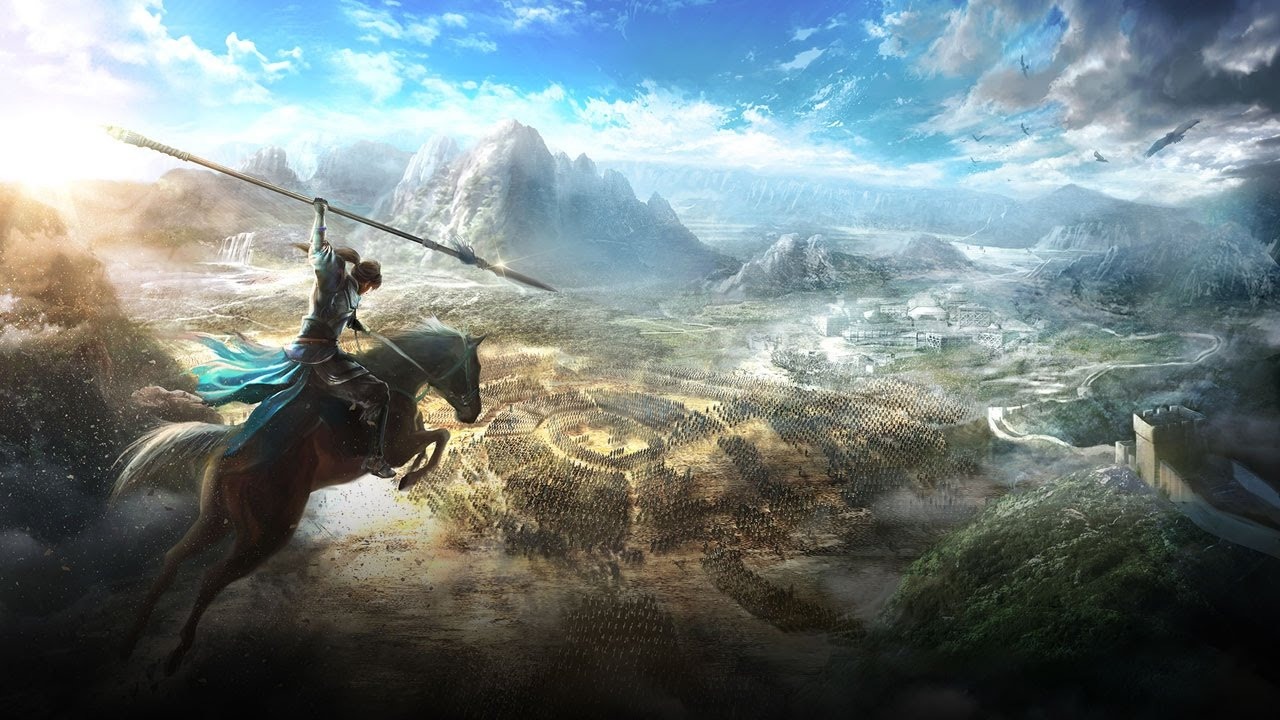 Omega Force knows what its fans want when it creates Warriors games. Lord knows tons of outsiders have asked, begged, or pleaded with Koei Tecmo to “try something new,” and for the most part we’ve had the same hack-and-slash foundation since the year 2000.

Insiders know that there’s plenty of nuances within the endless supply of offshoots and mainline entries, from different combo systems to siege capabilities to inventory and character management, but looking at the big picture Dynasty Warriors has always had a niche appeal.

Koei Tecmo is looking to literally turn this franchise around with the open world Dynasty Warriors 9, but ends up mostly just satisfying its existing fans in the process. 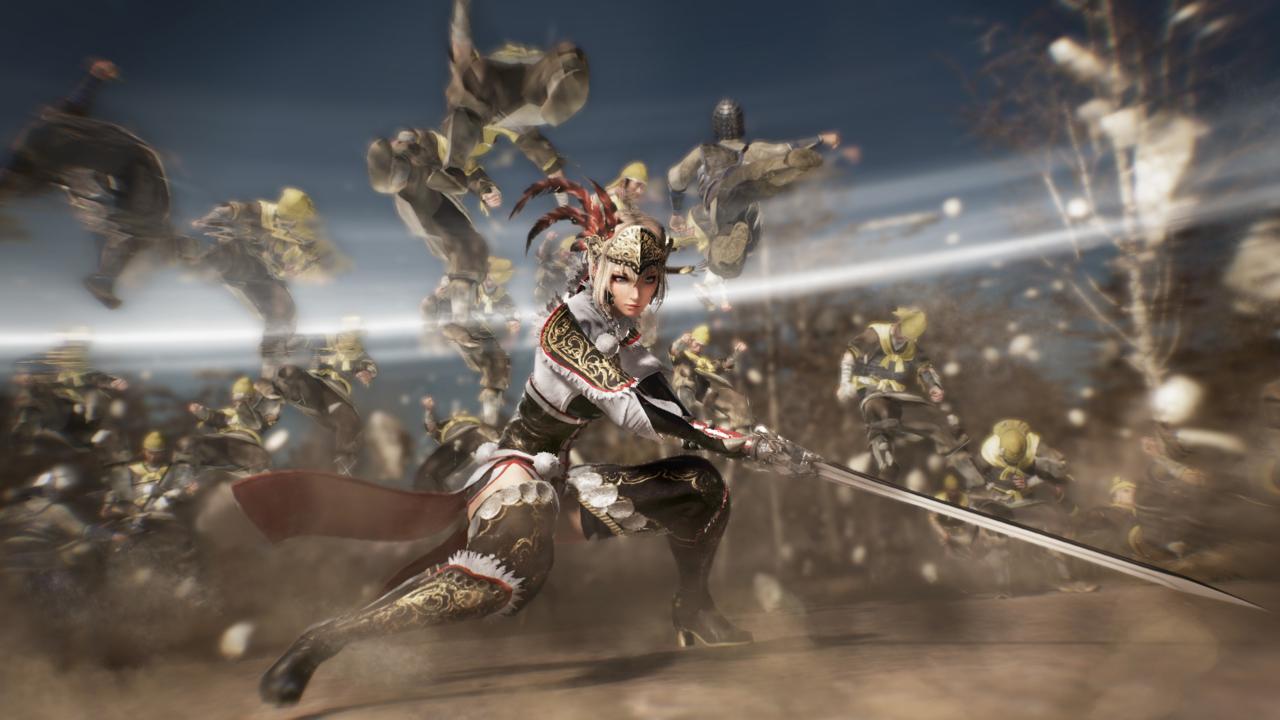 Without any real fanfare, you can just jump right into story mode with three playable characters (Cao Cao of the Wei, Sun Jian from Wu, and Liu Bei from Shu). You have the option of a tutorial and over time, you’ll unlock more dudes or dudettes to play with. DW9 begins with the Yellow Turban Rebellion, which you’ve also seen before — we’ve come full circle since Dynasty Warriors 2, and in many ways this still doesn’t feel like a fresh start, which is going to be polarizing out of the gate.

Dynasty Warriors 9 bills itself as a full-on open world RPG with exploration, crafting, stat-tweaking, and more voice acting. It delivers on that promise for the most part, but a lot of the aforementioned trimmings can feel like fluff. I’ll start with the most contentious part of that open world shift — there’s radio towers now. You know, the setup that Ubisoft propagated where you slowly accrue more pieces and icons on the map by visiting towers over and over (most notably in Assassin’s Creed and Far Cry games). There’s no radios per se in 200 AD, but you better believe there’s towers.

Now I’m not pedantically dogging the idea of adding in this mechanic. I’ve loved plenty of games with towers in them just fine. They’ve just come to sort of typify the rote open world busywork of the current era. Dynasty Warriors 9 handles all of this with more grace than other games, or in a way that’s perfectly suited to a Warriors joint — a little more arcadey jank. You can magically summon your horse anywhere to make traveling quicker, and the concept of hunting or gathering is as simple as finding something in the overworld and walking over to it or killing typically unresponsive animals. Crafting exists but it’s easy to operate and filled with tons of positive reinforcement. A hack and slash is inherently less meticulous than an RPG, so the approach works better here.

The whole “constant state of war” gimmick is also more hectic than a lot of other sandbox titles as battles are being fought in the wake of your attempt to follow the main storyline. It’s kind of like a more nihilistic and less gamey Nemesis system. It’s random, but feels true to the spirit of the Musou series as various units garrison a new fort or fall back and lose ground. Things move quickly in Omega Force’s version of China, but you don’t have to.

Honestly, it all adds to the camp feeling of Warriors that Omega Force has leaned into over the years. I’d laugh out loud when someone across the map would lose their footing in a key area when I’d be running around screwing about looking for mushrooms for a stew, implementing my own abstract isolationist policy of not going on missions for long periods of time. When fighting, your own generals might praise your prowess and make suggestive grunting noises. Giant polar bears or other high-end enemies might be lurking about in the wild. This is a wacky series and the shift to a more modern design prism hasn’t abandoned that spirit.

Given that items can appear anywhere (rare jewels can just pop up in villages for the heck of it!), there’s an actual incentive to ride around and wreak havoc while you gather some dope loot. The grappling hook, which mainly serves as a way to infiltrate enemy strongholds, greatly assists in my efforts to climb every tall point in the game and just take in the sights even if it feels like a catch-all crutch in some locations — almost like the team didn’t want to engineer a more organic way to scale things. 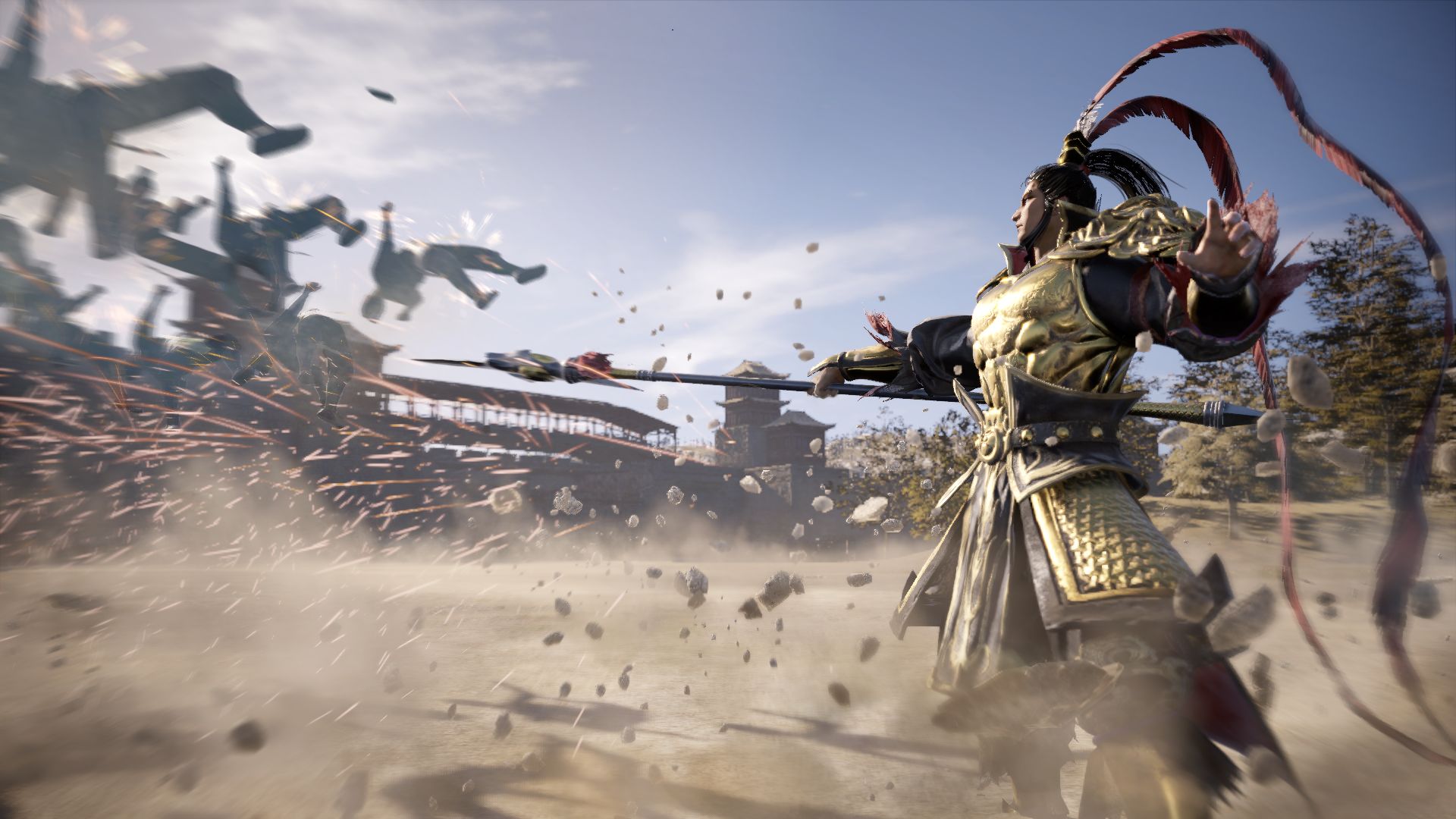 That’s all good silly fun, but Dynasty Warriors 9 has some rough spots that come along with the open world territory. Enemies occasionally disappear and re-appear in different areas — and I’m not talking old school Warriors frame-popping jank, like fully glitched teleportation. Even on a PS4 Pro there’s some performance issues, especially when you’re riding your horse from place to place — an action you’re going to spend a lot of time doing.

There is an air of familiarity to it though and I think a lot of that has to do with the combat system. If it ain’t broke don’t fix it, and regular and special combos return as do Musou supers, but there’s more of an earnest attempt to incorporate a radial spell menu that can be customized with gems, and a poor man’s Arkham-like button press counter that also doubles as a finisher (called reactive attacks). The new stuff isn’t quite there yet (and neither are the unique weapon choices for each character), but it’s still satisfying to mow down hundreds of people with giant screen-filling explosions on a dime.

The hack-and-slash moment-to-moment action works in its favor even when transitioning to a new style of play, but Dynasty Warriors 9, like some of its predecessors, is clunky and unwieldy; hampered by the aforementioned bugs and performance problems. If you’re into the idea of playing an open world game where its arcadey elements are entwined with therapeutic but sometimes dry exploration, maybe give it a shot.