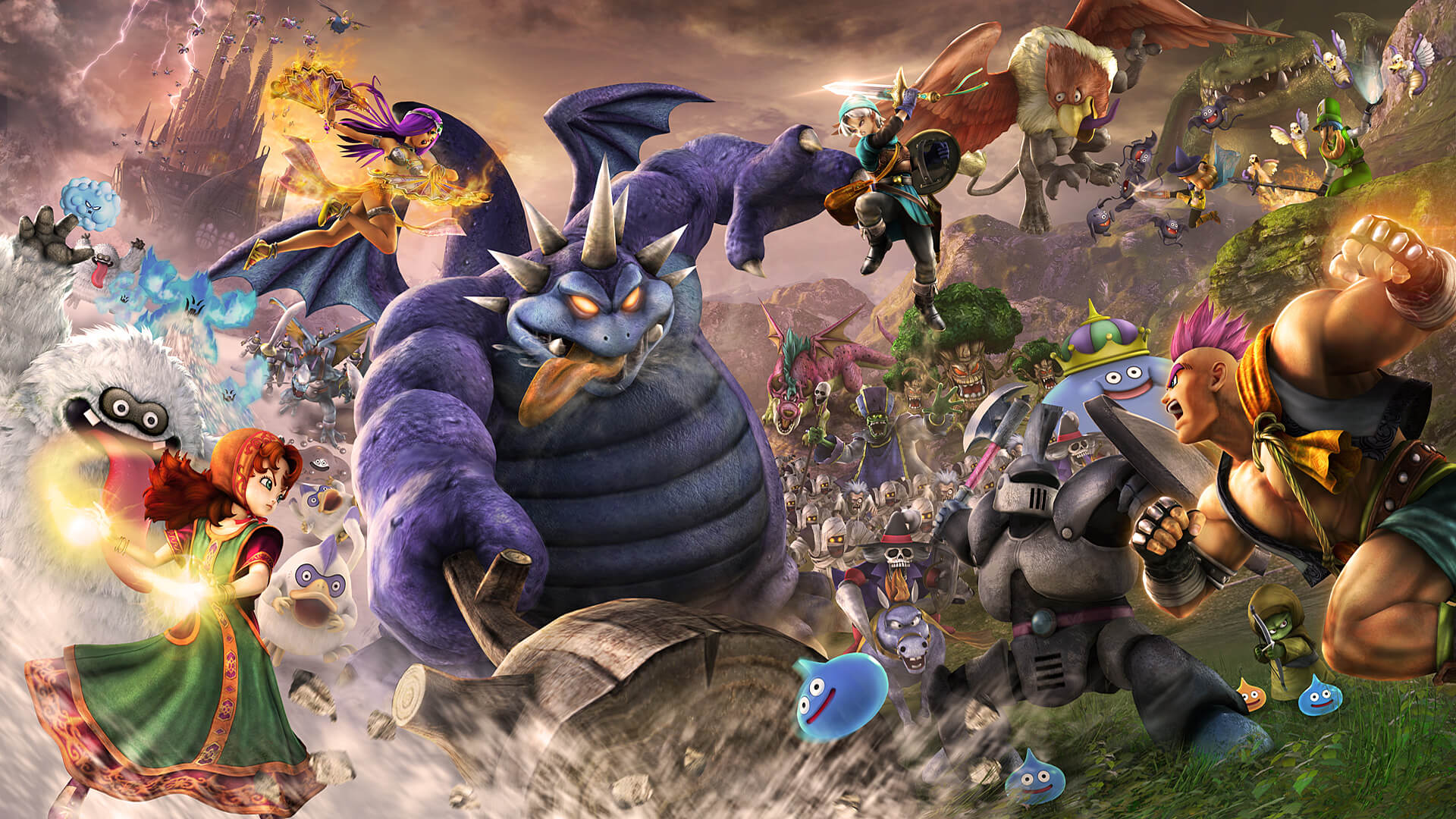 Dragon Quest Heroes: The World Tree’s Woe and the Blight Below not only launched with one of the worst subtitles in gaming history, but some design flaws. Some stemmed directly from latent problems with Omega Force’s approach to hack-and-slash games, and others were unique to Heroes.

The sequel, with the thankfully simplified nomenclature of Dragon Quest Heroes II, does make some improvements, but keeps several of the same issues intact

The most obvious pivot is Omega Force’s attempt to make the sequel an even deeper dive into the RPG roots of its namesake. Now instead of focusing on superficial elements like a town and statlines, there’s a series of interconnected overworld maps, even bigger townships, and a more involved party system that takes the focus off of the main character.

Spelunking about in an open world with your party fits Dragon Quest Heroes so well. Even in the first hour players will acquire a formal crew, made up of different archetypes like bruisers and bards. It adds some context to the overarching narrative as well, as the adventure conceit and the idea of traveling with a band of misfits is partially what makes the flippant Dragon Quest formula so appealing.

That said, don’t get too excited. While the process is never boring, at times it feels like Omega Force put the minimal amount of effort into the actual maps. There aren’t nearly enough hidden secrets or points of interest to locate, but depending on your view that can be a good thing as a lot of fluff and open-world nonsense is eschewed in favor of staying in line with the hack-and-slash formula. Personally, I think there could have been more chests strewn about and more interesting NPCs to save.

Also keep in mind that this is still a decidedly mission-based affair. Jaunts out in the sandbox are fun, but not the focus. Heroes II‘s world is mostly locked in favor of the mission-based Warriors scheme, which is par for the course for an Omega Force joint, but also a missed opportunity. I understand linking story quests to instances and specific locations, but stopping exploration and saying “you can’t go there unless you’re ready to start a quest” takes you out of the moment.

Outside of some rare and dreaded escort missions, none of it is a step back. Arenas have the tendency to be far too enclosed at first, but eventually open up and are host to some amazing boss battles that require a level of tactical nuance not seen in a lot of similar Musou games. The ability to string both normal and special attacks into combos returns, but magic and its subsequent leveling tie-in feel more robust now, especially when held to the higher standard of party alteration (mainly in the form of easier class-changes).

What I really dig is the larger emphasis on gear. Weapon ranks are more impactful, as are the bonds between party members and their synergies with one another. Whereas in the past I would pretty much just rely on myself to solve any given problem, in Dragon Quest Heroes II I would kit out my entire crew with contingencies, like magical buffs or complementing spells that could combo on top of one another. You can’t select complex gambits, mind, but it sure beats the brain-dead AI of the first game, and party swapping returns.

If you’re hoping for a better script, you’re not going to get it. Although Square (and in the past, Enix) typically provide more than enough context to justify whatever kingdom happens to be in peril at any given moment, it’s not Omega Force’s strong suit unless they’re adapting previous material. A lot of the jokes simply feel out of place or don’t land, and the “goo” Slime puns overstay their welcome in the first five minutes. The weak dub doesn’t make all of it any better, but a Japanese audio option is intact.

In this delicate dance of stepping forward and backward, Omega Force does get one thing unequivocally right: co-op. A feature sorely missed from the first, and as a matter of fact a lot of recent Musuo games like Berserk and the Band of the Hawk, playing with other people, even if it’s limited to online, is a blast. Since it’s not limited to just campaign play (you can do random challenges too), it’s even more enticing.

I was expecting some of the on-paper enhancements to impact me more, but Dragon Quest Heroes II isn’t a stark improvement. It is better though, so if you wanted to get in on the first quest and missed out, you may as well skip it and jump in here — you won’t be missing a whole lot.