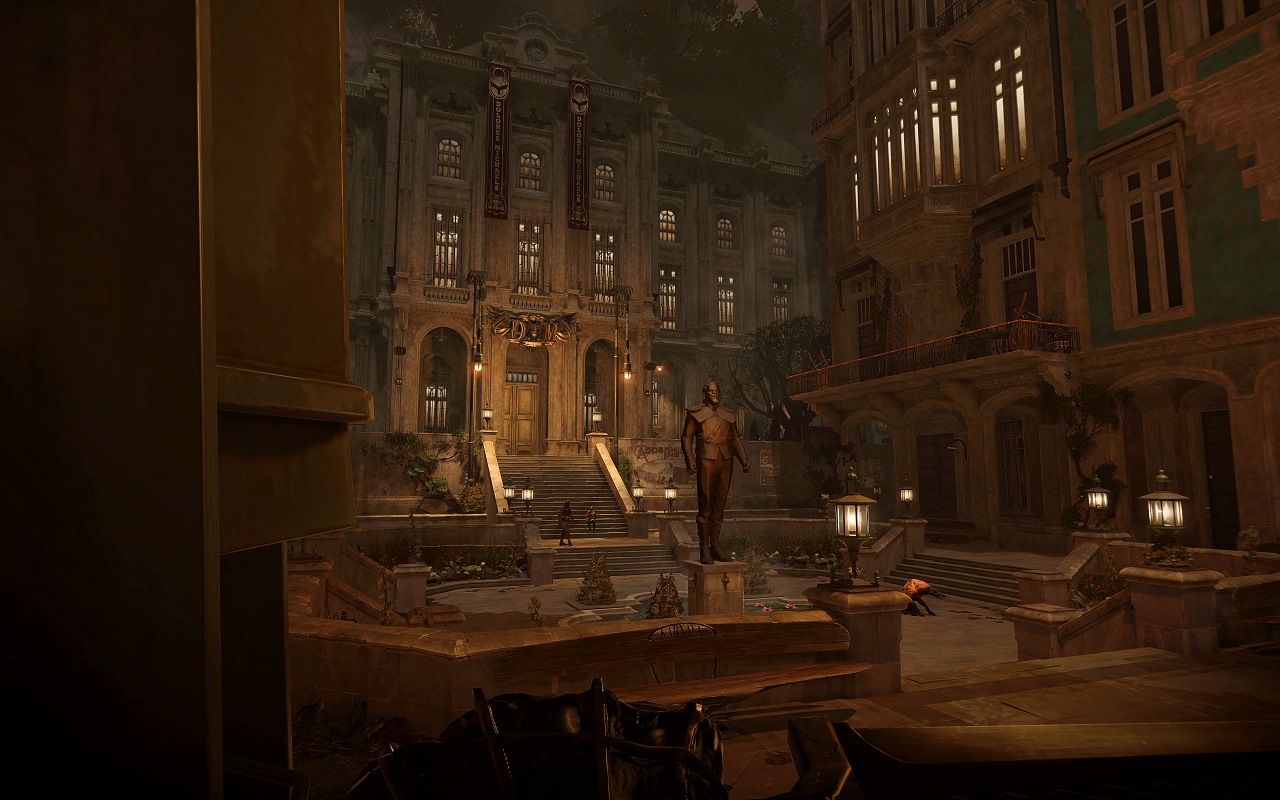 Billie Lurk is tired. By the time she takes Dishonored: Death of the Outsider‘s lead role, the street urchin-turned-assassin has fought harder and lost more than most. Lurk’s actions have shaken the world’s foundation; with the single flick of a blade, she’s altered the balance of power in places that seemed incapable of change. She has come so far from the broken child she once was and done more than many people will ever know. Billie Lurk should be tired.

But there is no rest for the wicked. People like Lurk — those without a pot to piss in or a family name to keep them afloat — rarely have a chance for respite. And it’s with that realization that Death of the Outsider begins, as Billie Lurk takes up the blade once more. This time around, her target isn’t a crooked politician or a wealthy snob. She intends to kill a god. 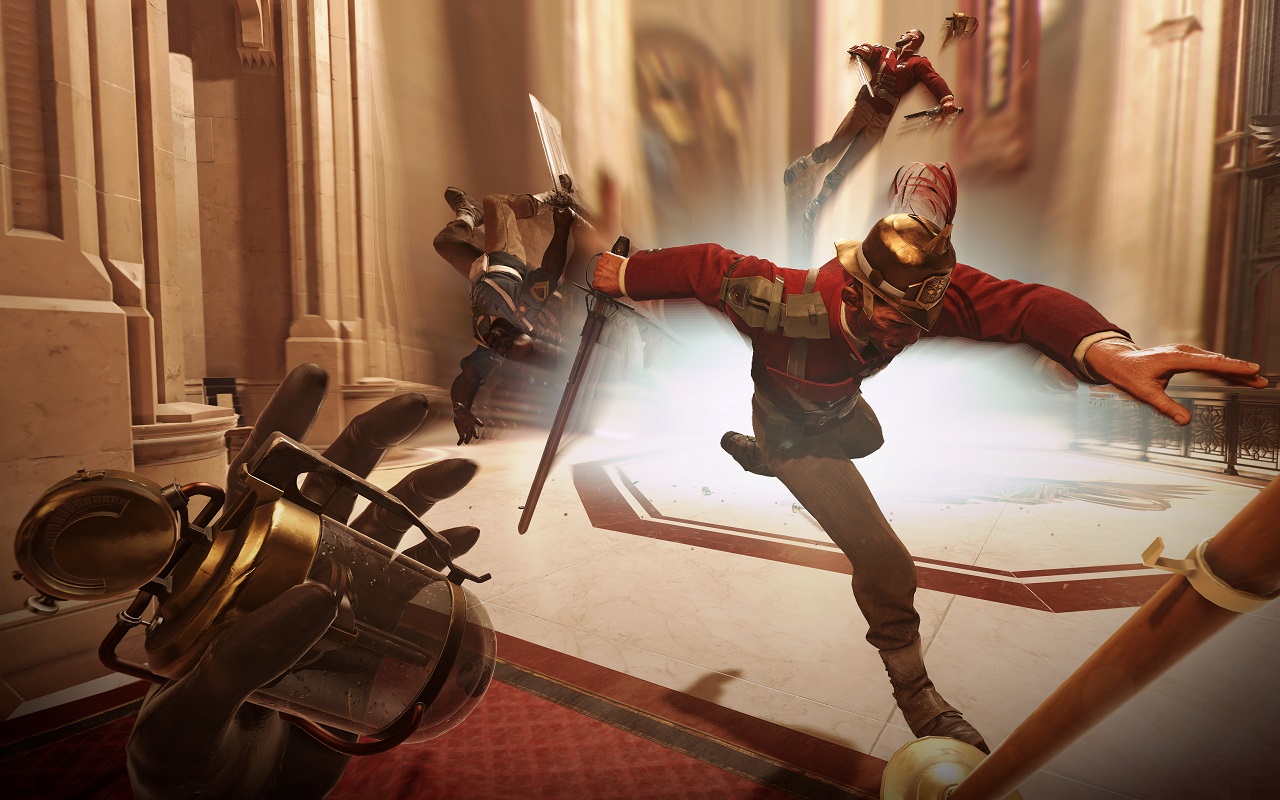 Death of the Outsider is a standalone expansion for Dishonored 2. It takes place a few months after the main game’s story concludes. Emily Kaldwin has returned home to her throne, and Corvo Attano resumes his duty as both a father and the young Empress’ bodyguard. By distancing itself from past protagonists, the expansion affords itself room to breathe. No longer are you a noble disposed and stirred to action, face obscured on a journey to vengeance. Instead, you are an outcast on a mission, trying to help the man who gave you a second chance at life by any means necessary.

The difference between Billie Lurk and both Corvo and Emily is one of the expansion’s greatest strengths. Where social class and political clout seemed to govern past protagonist’s actions, mostly through the franchise’s Chaos meter, Billie Lurk is free to come unhinged. Once she links up with her former mentor Daud and agrees to help kill the Outsider, Billie’s more or less free to go about it however she sees fit. There’s no meter tracking her methods, no internal, gamey systems passing judgment. Billie — and players by extension — can kill anyone with no real repercussions. It’s a freeing feeling, especially for someone who played both Dishonored games like a non-lethal ghost, to know that I can leave bodies in my wake and not worry about paying the price once the credits begin to roll.

It even seems like Death of the Outsider was designed to encourage a more violent path through its narrative. Shortly after it starts, the Outsider grants Lurk supernatural powers. Even knowing full well what her intentions are, the man-made god gives her the ability to teleport short distances, possess other humans, and investigate surrounding areas by freezing time and projecting her spirit. Lurk’s roster of moves aren’t as stealth friendly as Corvo or Emily’s, and it almost feels like the Outsider gives the assassin these powers with a wry wink. If you’re going to kill me, he implies, you’re going to have to get plenty of blood on your hands.

And so players, in Billie’s well-worn boots, set out to track an arcane artifact that will lead toward the Outsider. Across a handful of levels, Lurk sneaks and slays her way forward. Though the expansion’s levels fall short of the intricate puzzle-boxes seen in prior Dishonored games, they’re still wonderfully detailed spaces, rich with tidbits of exposition, interesting characters, and winding routes forward. 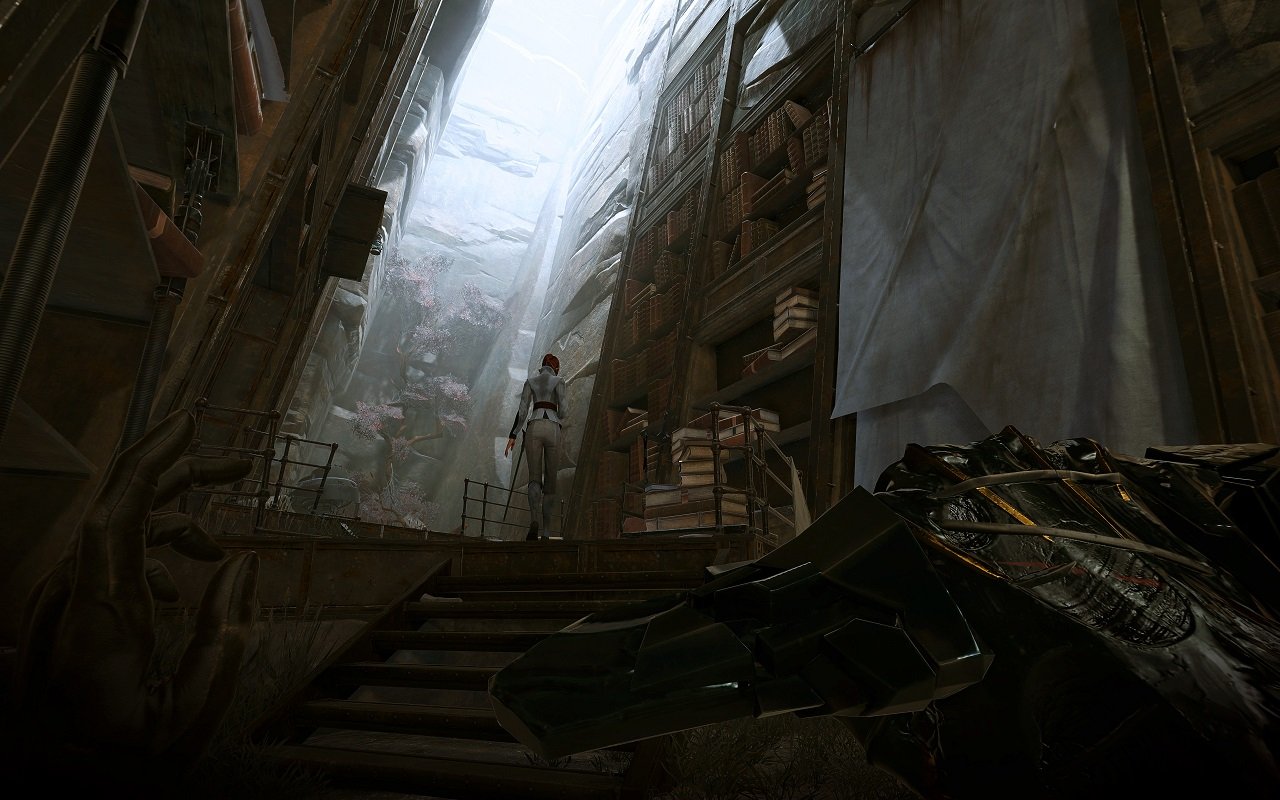 Even though Death of the Outsider‘s stages don’t hit the same highs, with the exception of a bank heist midway through, the expansion excels by leaning into the series’ mythos. The Dishonored games were built upon the bewitching framework of old sailor’s superstitions, and occult beliefs whispered behind closed doors. Bonecharms and trickster gods; whale oil and communing with the Ether. The expansion deals in the weird rites and twisted cults, casting Outsider-obsessed zealots as Lurk’s primary foes on her path towards the god. There’s plenty of great moments, both in character exposition and incidental gameplay that builds upon Dishonored‘s strange underbelly. It might not have fit in as well with Corvo’s story, but for a character like Lurk, whose sole remaining purpose is putting an end to the Outsider, the expansion’s fascination with the occult is as strong of a selling point as the first-person stealth gameplay.

By the time Death of the Outsider comes to a close, Billie’s gone through the ringer. It’s not the longest expansion out there, and it seems to miss a step or two in the main plot, but there’s more than enough for anyone who appreciated the moment-to-moment formula of Dishonored 2. Billie Lurk never had it easy, but after her last job, it’s finally time to rest. And that’s more than a fitting farewell for one of the best video game franchises in recent memory.