Just the two of us

Not much has changed since my first few hours in the world of Dishonored 2, and that’s mostly a good thing.

Beyond some problems with the general choppiness of the console version, Corvo and Emily have proven that they’re a pair worth revisiting if this series ever gets a third chance to make its mark. 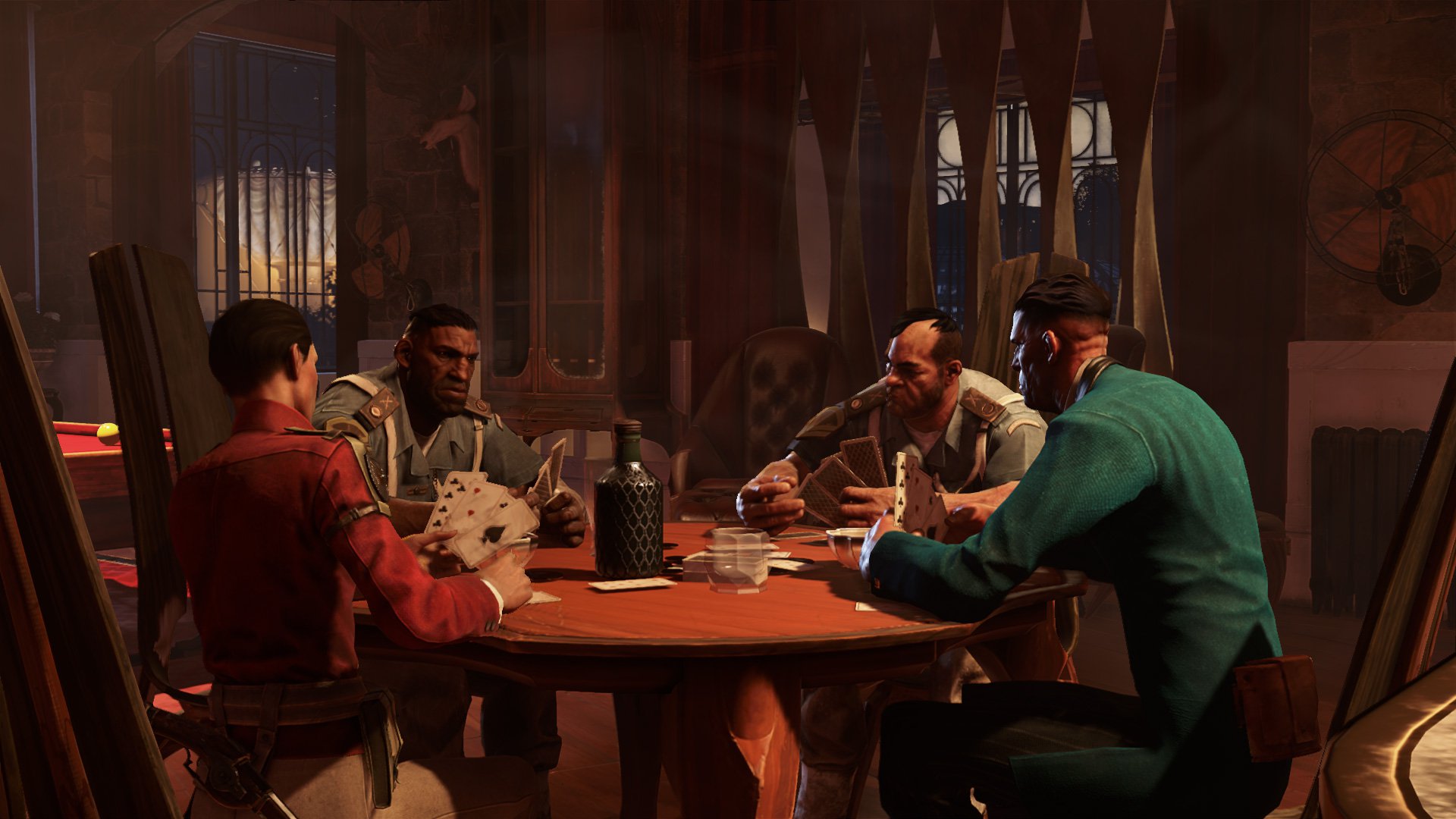 Let’s talk about that chop first. It’s jarring, especially for a precision-based stealth game. While it doesn’t happen all that often and mostly outdoors, the uneven framerate has caused more than its fair share of deaths, which can be brutal given the stringent checkpoint system and quick save mechanic that doesn’t let you lock in a save while you’re in combat, or shortly after being spotted. I haven’t had any crashes or egregious errors in both of my playthroughs, but this is a level of optimization that shouldn’t have made it past the QA stage. That isn’t including the often stilted voice acting and script issues, despite the compelling narrative.

With that said, the actual stealth playground is glorious. Both characters bring something unique to the table, and Emily and her subversive shadow powers alongside of Corvo and his more hands-on style of play make for two distinctly different runs. That’s not including the light choices you can make (that mostly just play out in the short term), the ability to trigger hardcore mode at the start (no powers), or the chance to collect every rune and bonecharm in the game. At no point does a 15-hour playthrough feel like it contains bloat.

The “heart” item from the first Dishonored returns, and damn if it isn’t one of my favorite ways to ease players into additional content. Normally I’d either be overwhelmed by the prospect of finding useless trinkets or bored by it, but Arkane found a way to make it fun — almost like collecting is its own micro-game. Whether it’s miniature puzzles like locating safe combinations or simple “How do I get there?” challenges, pulling out the heart and having it show me exactly where everything is on the map isn’t the cakewalk it seems like on paper.

And that’s what Dishonored 2 is about: experimentation. If you find yourself wondering whether or not you should start a hand-to-hand fight or take a stealthy approach, Arkane asks, “Why not both?” Early on you’ll have to master just about every tool you’re given too, because the game asks a lot from you with its very quick deaths and unforgiving (in a teaching tool, good sort of way) and relentless AI (in a bad, gamey, “I saw you through that wall” sort of way).

But once you have several chapters under your belt, it really picks up and crescendos into a nice finale. It’s not just the acquisition of new powers that make you a better assassin either, but the slow drip reward of learning the many intricacies and rules of its world. This is a game that makes you feel like a badass without even giving you full access to the utility belt. An experience that might not even give you something at the end of an arduous tunnel other than a brief glimpse of sunlight — and that’s enough.

That breakthrough is what makes the technical problems that much tougher for me to cope with. Dishonored 2 tries to take on so much that it can’t actually keep up with itself, even on PC. If Arkane can get a handle on the optimization and deliver a DLC campaign that’s on par with the original’s take on Daud, it’ll be one of the easiest recommendations I’ve made all year.