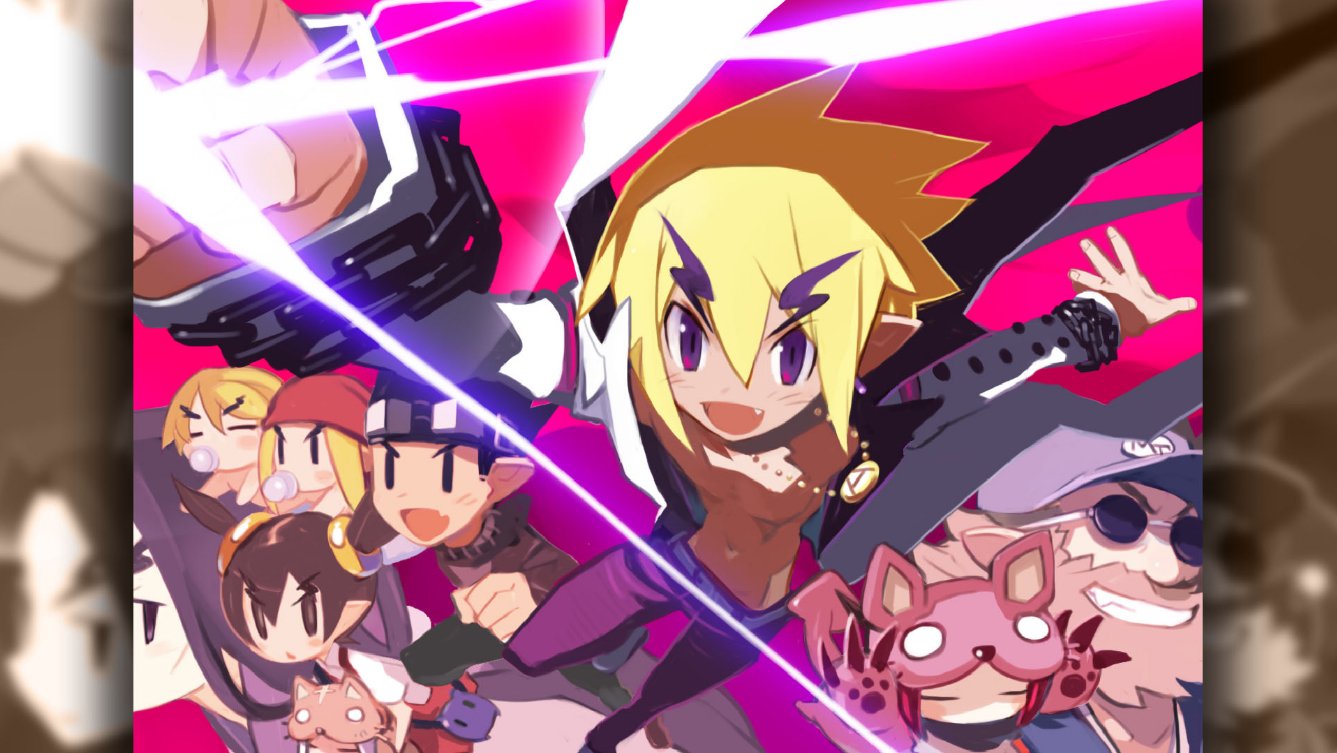 Despite sinking many hours into strategy RPGs (SRPGs) as a kid, I’ve never had a chance to play the Disgaea series. I’ve seen buddies play it and have casually followed the games as an onlooker, but the timing and console exclusivity never panned out for me. Then the first game was ported to the PC not too long ago, and I got really excited! Then I heard that the port was awful, and I got really sad.

Many of the original issues have since been addressed, but needless to say I was quite wary when approaching Disgaea 2 PC. After getting my hands on it now for some time, I can definitely say that I hope they continue to port the series at a steady pace.

My biggest advice is this: turn on the Japanese voices ASAP. Feel free to listen to the English voiceover for a little, but I dare you to make it a few chapters in without changing them. They are downright awful to listen to. I mean, the writing is corny and generally good-humored, but line deliveries feel all wrong and some jokes are ruined by poor execution. Other jokes are ruined by the passage of time, like when one character makes a reference to Punk’d. To be fair, I’m not sure that joke landed a decade ago either.

The plot itself is more or less independent of the first game, though there are reoccurring characters. If you’ve never played the first game you’ll be fine jumping into the sequel. Everyone is being turned into monsters courtesy of Overlord Zenon, and it’s up to the last human of his town, Adell, to put a stop to it. He meets up with Zenon’s daughter, Rozalin, and promises to return her safely if she’ll bring Adell to her father so that Adell can kill him. Yeah, it’s bizarre.

Everything has a quirky and random approach, though there are definitely some great story moments throughout. One of the game’s strengths is its ability to shift between lighthearted and absurd to serious and pragmatic at any given moment (generally at the end of a chapter). Also, if you haven’t figured it out yet, this game is “super anime,” for lack of a better term, so if that’s not your bag you will want to look elsewhere.

There are a lot of mechanics to get used to while playing Disgaea 2. The core fighting controls will be immediately familiar to anyone who has played a tactics game before. There are also plenty of design decisions that make Disgaea stand out in the genre, other than its sense of humor. Human characters can use Lift to pick up others and even throw them across the map, for example. The interesting part here is that this can keep happening, creating a tower of ten characters at once! This leads to some interesting strategies that involve throwing half the party in one direction, usually to destroy something or someone and make the level easier.

Geo Panels, for example, are prime targets on some levels. These triangular prisms rest on colored tiles and apply some sort of buff or debuff to anyone standing on a tile of the same color. If the Geo Panel on the blue square gives +50% attack, then you’d like to be standing on a blue square when attacking and don’t want to see the enemy do the same. The exciting part comes from destroying these Geo Panels. Doing so creates an explosion on every corresponding colored tile, and if another Geo Panel get destroyed from this, well then we got ourselves a good ole fashioned Geo Splosion!

I’ll be honest, a lot of this went over my head at first. I struggled with it consistently, but that’s mostly because I’m colorblind and it was very difficult to tell what tiles were different colors. Hovering over them does show what effect they give, so I could sort of figure it out, but by and large I just hoped for the best when destroying a Geo Panel. Most people shouldn’t have this issue.

Then there’s the Item World, which is something I feel could be sold as an independent game on its own; it would fit right in with the modern indie scene. In today’s terms, it feels like an SRPG roguelike. Players “enter” an item with the intention of increasing its stats, and go through randomly generated floors to do so. For the more hardcore players, this single mechanic offers up hours and hours of content with a purpose, and since the core mechanics are so satisfying, it will rarely feel like a slog.

Even unlocking new character classes has its own mechanic! For monsters, simply defeating them in battle allows players to hire them for their squad. For actual classes, players need to go before the council of senators and bribe the ones who disagree using items from their inventory. No, I did not make that up. It’s a bit of an obtuse mechanic, but at this point there are plenty of online guides to follow to help out. I certainly needed one, and still barely understood what was happening. I guess I’m not cut out for politics.

The entire game feels like it caters more towards the hardcore strategy crowd than anyone else. Many of the gameplay elements feel rather daunting early on and Disgaea 2 as a whole requires quite the time investment. That being said, there are so many ways to overcome obstacles that critical thinking and dedication are definitely rewarded.

The transition to the PC platform has been kinder than its predecessor. First of all, unlike the first game, this one is available on Mac and Linux. In general, I’ve had little to no issues in running the game; it hasn’t crashed once on Windows. A lot more attention was given to this release, which is evident from the betas that took place before the game’s launch.

The mouse controls are definitely wonky, and I wouldn’t recommend them unless necessary. One might think that pointer controls for a grid-based strategy game would be great, but it is not. Using the mouse to select a tile is often awkwardly unresponsive. If a tile is on an edge, hovering over it usually selects the tile below it. I’ve had to pixel-hunt for the correct part of a tile to hover over just to select the damn thing. Luckily it’s usually possible to undo most actions until committed, but it’s still a frustrating experience.

There are some PC-specific options included in this release, such as the ability to remap the controls. Unfortunately, this does not extend to extra mouse buttons which means that you’ll need to tap some keyboard keys at times or constantly bring up the menu for things like executing actions or ending turns. There are sprite filters but trust me, they look godawful unless you like Vaseline over your eyes. The same goes with the text filter — use the new one and never look back. The game’s textures definitely don’t look great on larger monitors but hey, they’re over ten years old at this point.

If you’re a fan of strategy RPGs and like myself never got into the Disgaea series, do so now. There are hundreds of hours of content in the original Disgaea 2, and the PC release includes extra content of more playable characters. It definitely isn’t for everyone, as the anime aesthetic and off-the-walls humor is likely to turn some people away.

The voice acting may be terrible, but Disgaea 2 makes up for that with incredibly solid game mechanics. Some of the mechanic interactions may be a bit obtuse, but there is something to be said for the amount of depth present here. I mean, how many games let you throw a tower of people across a map to cause a giant chain-explosion that wipes out literally everyone? And what other title allows you to bribe senators to sway them into letting you summon a “Busty Beauty?” Exactly.