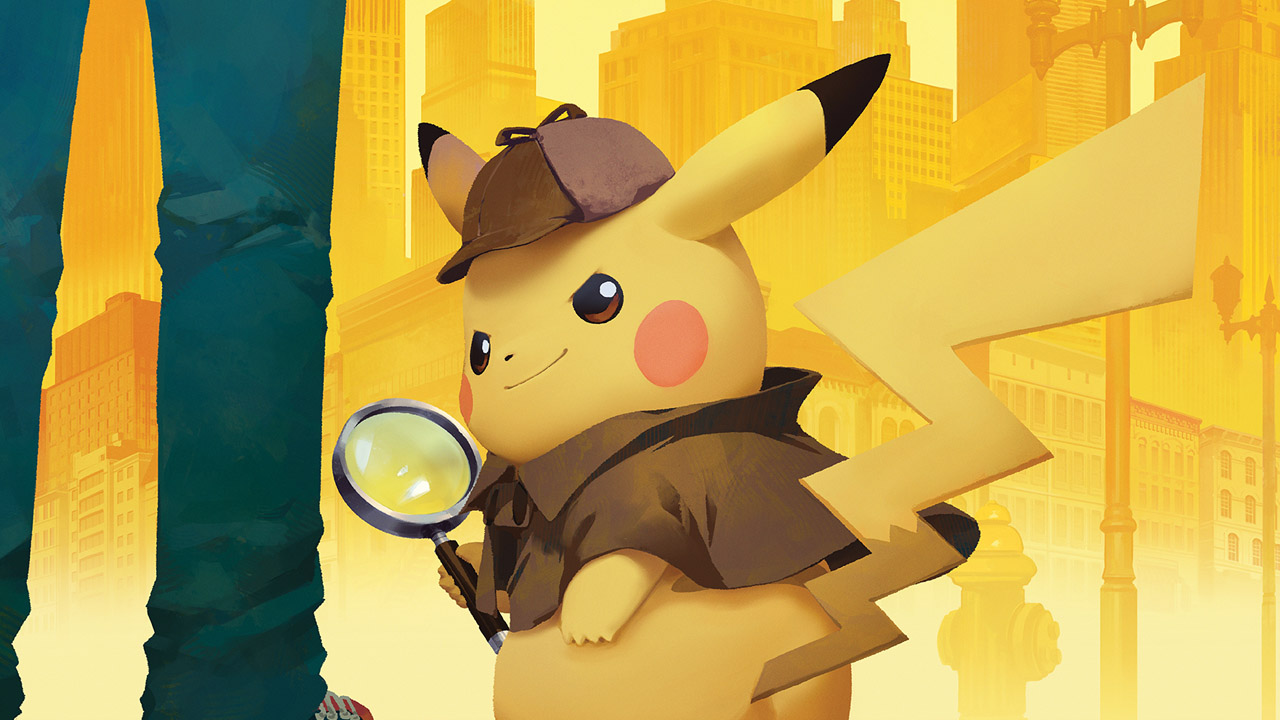 A bolt of brilliance?

When I first saw the concept for Detective Pikachu, I was in. Although the idea of a talking Pikachu who solves crimes with a young boy named Tim raised some eyebrows I dug the Sherlock look on the ol’ rat, and since many Pokemon have talked at this point by way of the series and its various films (Entei, Meowth, Mewtwo, Slowking, and many more) it wasn’t that much of a stretch.

By the time the curtains closed on the game I didn’t walk away all that impressed — but I definitely want to see more of Detective Pikachu in the flesh.

It might be hard to tell from all of the promotional material, but Detective Pikachu is very much an old school adventure game. You’ll grab items to use in various (very light) situations, solve (very simple) logic puzzles, and chat with the inhabitants of sequential small sandboxes. The hook is intriguing both from a macro and micro standpoint. There’s this huge conspiratorial mystery involving Tim’s missing father, which leads him into the family business of detective work, and a more homely setup of only Tim being able to understand a talking crime-solving Pikachu.

The former doesn’t deliver, but the latter is something I never knew I wanted until I heard his voice for the first time. This hard boiled and sarcastic take on Pikachu is fantastic, as he’s equal parts cute and insufferable in the best sort of way. There’s gobs of vocal work too, much more than I thought there’s be, and the team strikes a good balance throughout even for normally throwaway characters. The engine is doing some heavy lifting on the 3DS, and after getting over the notion that a lot of the NPCs look like straight-up Disney characters, I went with it.

That cheery veneer doesn’t really translate to the sometimes rote gameplay. Even in the later missions you’re going to be spending a lot of time quizzing NPCs for specific keywords, going back to another NPC after collecting said keyword, and repeating the process. While the voicework’s script has some pep to it the text is generally droll — so while you don’t have to worry about hardcore retro pixel-hunting madness, the scale tips too heavily on the other side of the equation.

It’s a lot of fixed situational stuff, like distracting an NPC who’s scaring off a witness, that sort of thing. Some of it works logically, some doesn’t, and in those moments you’ll feel the burn of gating. Maddeningly there’s moments where you’re right next to a conspicuous item that you know is going to be important, but you can’t pick it up yet because the game doesn’t want you to. Still, like Pikachu’s in-game “bolts of brilliance,” nailing a solve is always satisfying, especially when you’re gifted with a cute cutscene reward.

A few cases are lighthearted fare like errand running, and several are Scooby-Doo esque whodunnits (complete with a satisfying “meddling kids” rant at the end, and now I just worked myself up and want a good Scooby Doo game). QTEs, the bane of some folk’s existence manage to stow away here, but as always I am a dirty defender of them if used tastefully (which they are here). Just as an aside, the giant $30 amiibo unlocks little animations — sometimes 10 second clips — that serve no purpose and are just cute that you can come across on your own.

Although I never got to the point of wanting to put the game down (the main cast is too darn charming for that), Detective Pikachu limits itself to a fault. Areas could stand to be more open and I could have used a lot less plot buildup and a lot more payoff. Things start to get interesting around chapter seven (of nine), and leaving it on a major unresolved cliffhanger is an act of cruelty.

I want to see a lot more of Detective Pikachu despite my misgivings with his 3DS debut. I hope the next game is a little more fleshed out and doesn’t tease us so heavily; but developer Creatures was able to build the skeleton of a low key adventure romp.