It’s hard for me to imagine a better introduction to the PS5 than Demon’s Souls – or a more unlikely one. As I said in my review-in-progress, Bluepoint’s remake of a once-cult classic feels like a gift.

Tracing back the history of Demon’s Souls and thinking about the way From Software has snowballed over the past decade, it’s wild to think that a firing-on-all-cylinders remake from Bluepoint was greenlit and given the resources it needed to succeed as an early defining game for a new PlayStation console.

There are plenty of other worthy things calling my name – Spider-Man: Miles Morales, Astro’s Playroom, Bugsnax, and a few PS4 games I either want to revisit (like Sekiro) or start for the first time (like Days Gone) now that they’re better on PS5 – but every one of them will have to wait. At most, I’ll only dabble.

I’m calling it now: for the rest of the year, I’m going to be obsessed with Demon’s Souls. That seems like a safe bet. Once is never enough with this series, and the only reason I’m pumping the breaks on my New Game+ run is so that I can get this review written before I tumble further down the rabbit hole. 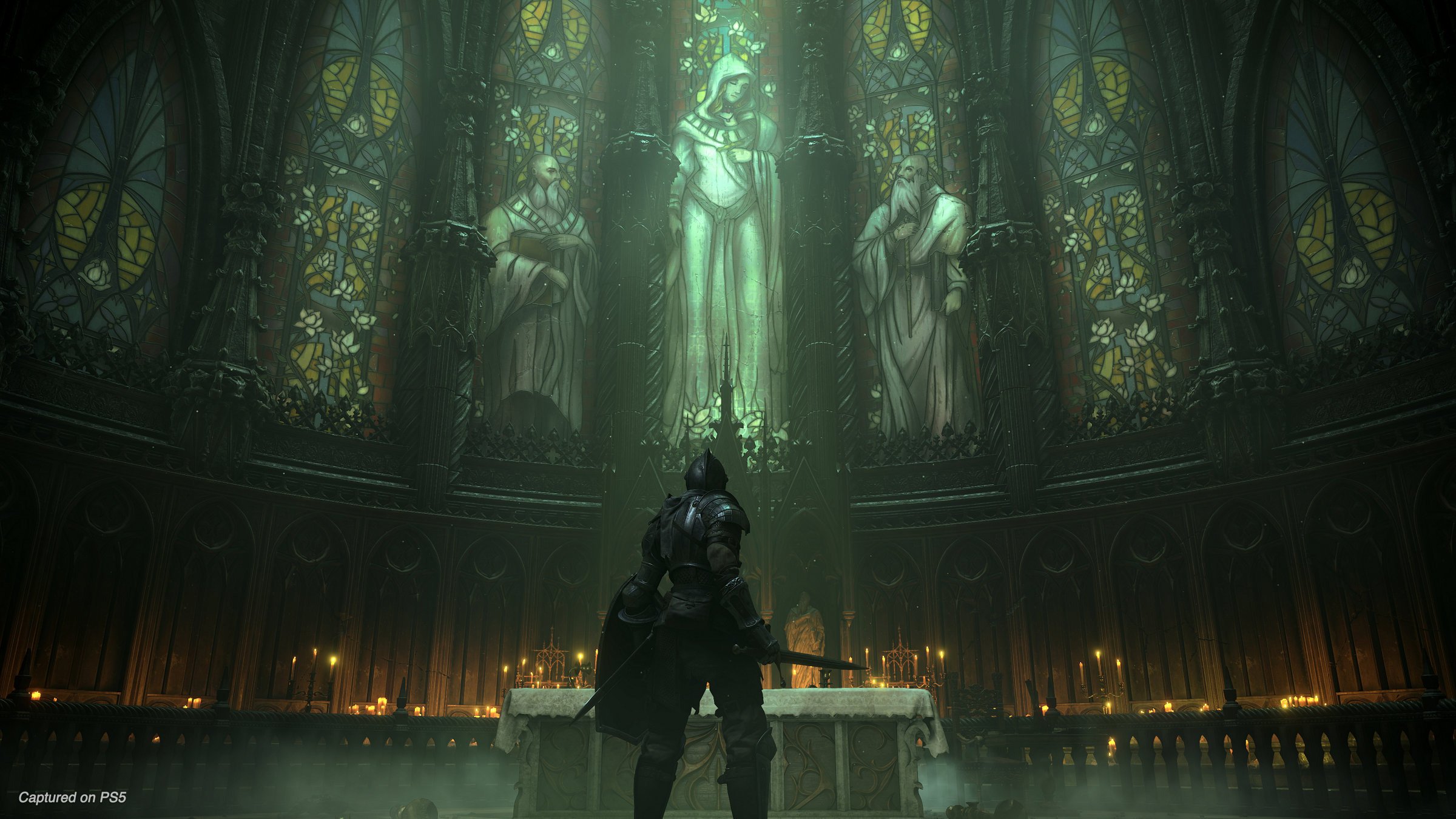 First impressions are everything for a Souls game, and Bluepoint Games doesn’t disappoint.

The revamped character creator is a surprisingly absurd step up, to the point where I felt like I had to take my time getting the details just right even though I wanted to jump into the game proper as soon as possible. I’m glad I did. The graphics are so intricately detailed – not just with player-made protagonists, but also in the unforgettable environments and creatures – that you’ll feel guilty if you neglect the new photo mode. There’s even an option to hide your helmet and apply visual filters.

Once your gorgeous or garish hero is finalized and they’re whisked away to the tutorial zone, it’s a matter of seconds before the ambition of this remake fully sinks in. I was blown away by the technical side – particularly the high-end lighting and textures, the smooth frame rate, and the picture clarity. That said, I expected as much. I’ve seen the trailers. What surprised me most was how much the remake’s impactful audio and thoughtful use of the DualSense could heighten the whole experience.

When running through the highlights, it’s easy to point to Demon’s Souls‘ impressive visuals – they’re stop-and-literally-stare gorgeous at times – but I also can’t say enough good things about the masterful audio design. If you aren’t already in the habit of wearing headphones, I’d make an exception for this one. Swords smashing against shields, distant screams echoing through dark corridors, dragon fire scorching overhead, magical spells bursting into existence – it all sounds so harrowing.

Between the twisted fantasy worlds (some of From Software’s best ever), the painstaking work Bluepoint put into bringing them up to next-gen standards, and the controller’s haptic feedback that makes every hit feel significant, Demon’s Souls is one of the most immersive games I’ve played.

Before getting my hands on the game, my major fear for Demon’s Souls was that Bluepoint would somehow fumble the gameplay in small but slowly infuriating ways. That concern didn’t pan out. Mechanically, this is the methodical action-RPG you remember from the PS3 days, for better, not worse. Nothing felt out of place to me. In fact, with a stable 60FPS performance, it’s never felt better.

I also have to stress that if you’ve ever found the Souls series to be too arduous, the PS5’s fast load times really can help smooth out the rough patches. Ill-timed deaths aren’t nearly as frustrating when you’re seconds away from another attempt. Farming for souls or stones isn’t the same old slog.

There’s also the matter of having a functional online component with a lively community of helpful and hostile players. So much of this game – especially the Old Monk fight – was way ahead of its time.

That’s not to say every bit of the original game holds up perfectly in 2020. Even with the remake sheen, parts of Demon’s Souls can feel dated or under-baked. I’d argue that bosses like the Dragon God and Dirty Colossus – and concepts like player invasions and the difficulty-altering World Tendency system – aren’t completely fleshed out. Bluepoint didn’t overhaul that stuff. The sixth Archstone is still broken.

As a remake striving for authenticity, that’s understandable. Unfortunately, some of the reworked details – certain character designs and the grand orchestral soundtrack, in particular – are proving divisive among long-time fans. For my part, only a few new designs (like Maneater) stood out in a bad way, and the reimagined soundtrack fits the aesthetic. I’m good with pretty much everything else.

The gameplay fundamentals feel shockingly spot-on. The art direction is cohesive overall, but if you inspect every little artistic choice, they aren’t all one-to-one with From Software’s original vision. 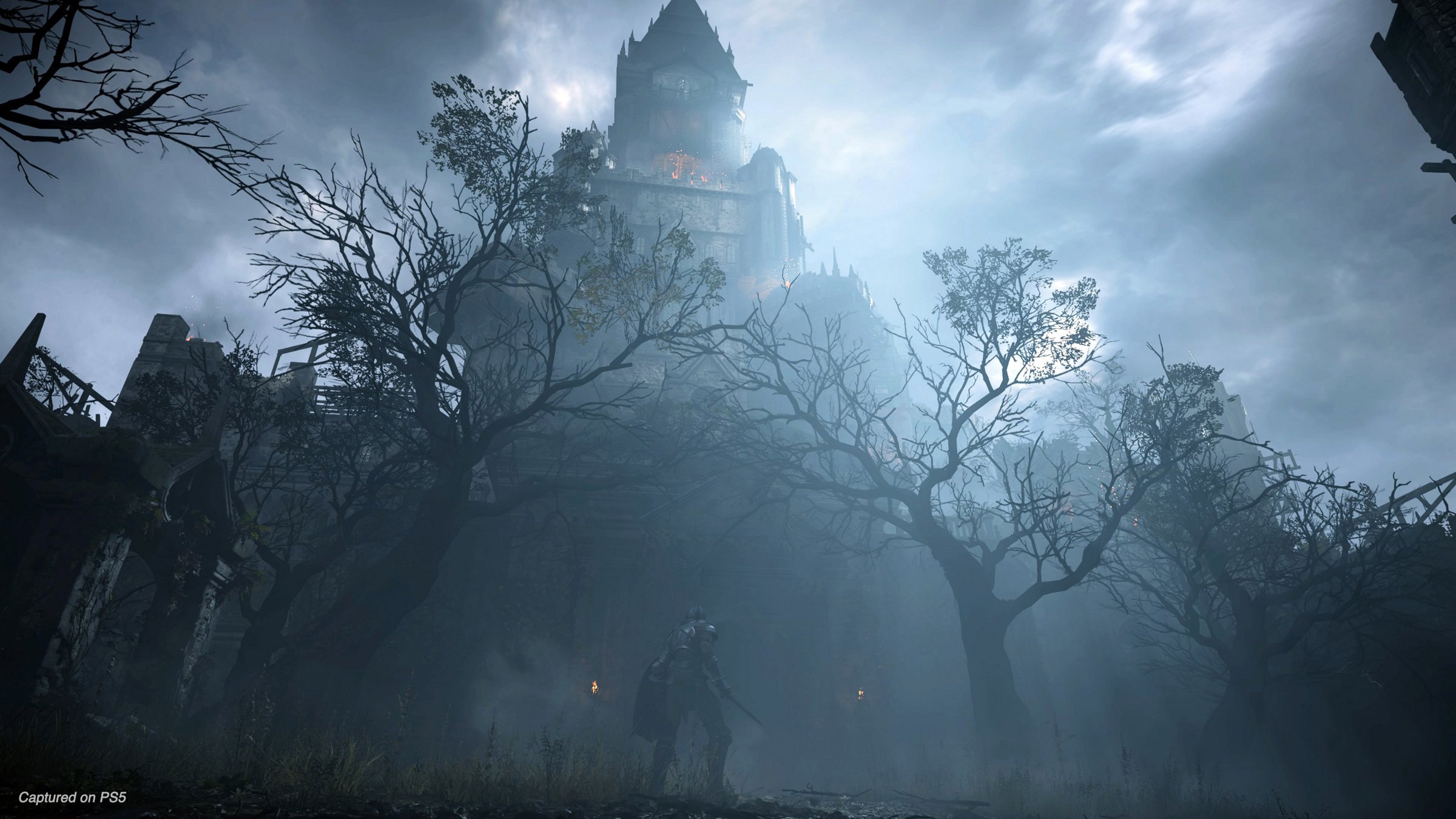 This remake is sure to rekindle old arguments about which game deserves to take the crown.

Case in point, after a thrilling weekend with Demon’s Souls, its ranking was the first topic that came up when I logged into Slack and started chatting with Chris. I think From Software has reached greater heights with Bloodborne (that lore!) and Dark Souls III (those covenants!), but Bluepoint is making things tricky for me. I’ve never loved Demon’s Souls more than I do now. So much of it still feels so fresh.

Storming the castle with a fire-breathing dragon on my tail, ascending a nightmarish tower with a giant beating heart, slicing the sky to bring down a flying manta ray that fills the screen – I’m in awe again.

Bluepoint Games and From Software are among the best in the business, and we’re fortunate to have their strengths coalesce in such a stellar remake. This console generation is less than a week old, but something tells me we’re still going to be raving about Demon’s Souls when it comes to a close.