Darksiders is a wild series. On one hand, you know most of the cast of those games wear Jack Skellington sweatshirts as loungewear. On the other, they also star in pretty fun action-adventure romps. You take the good, you take the bad.

This is a bonafide series, people. Darksiders I, II and III have all brought something to the table, but their brother Strife is left out in the cold. Now he gets his due in Darksiders: Genesis, a dungeon-crawling spinoff take on the franchise. 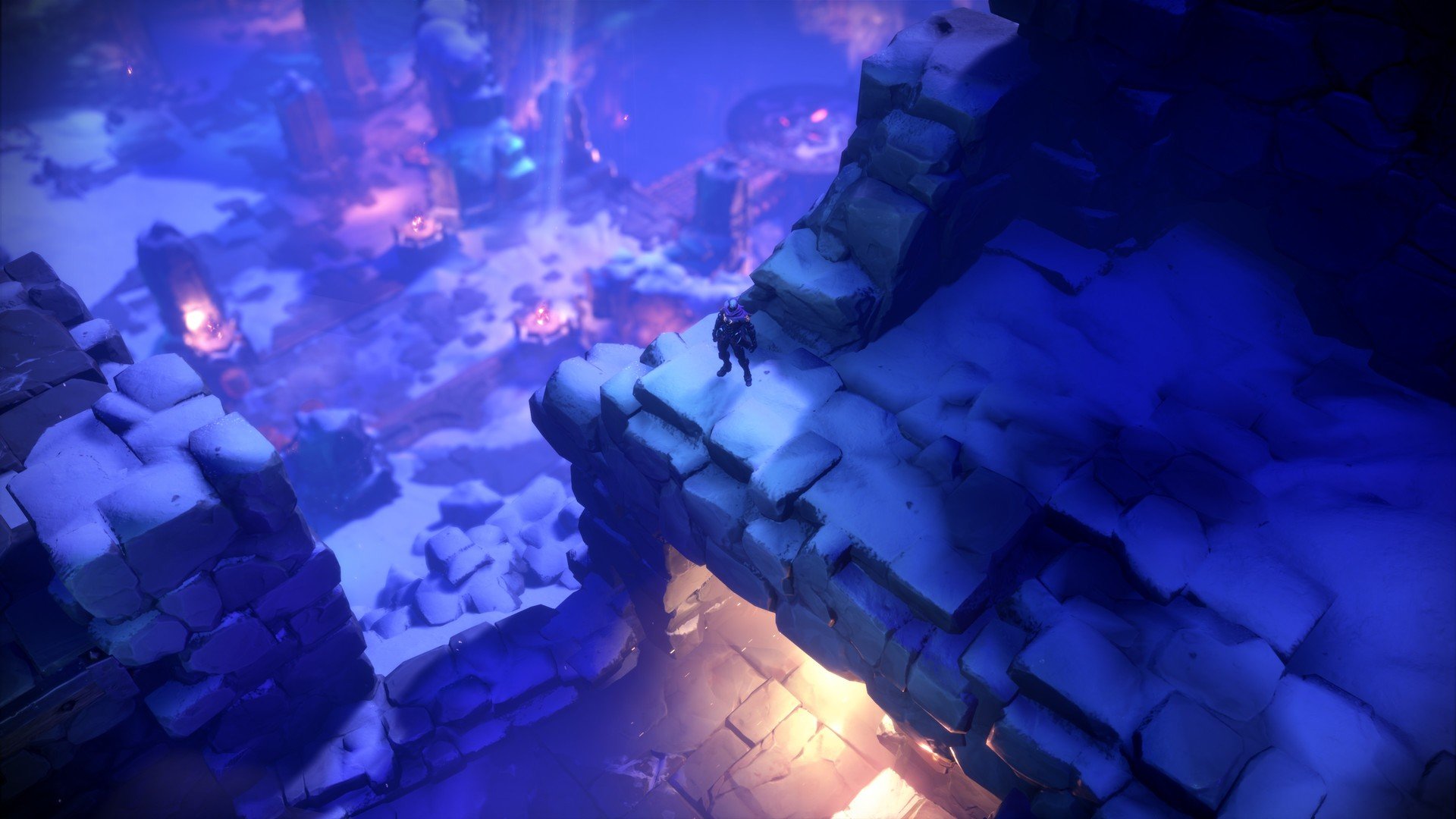 Here’s a recap because I know you probably can’t tell all these games apart at this point. Genesis serves as a prequel, and deals with the Four Horsemen (n this case, two of them) dealing with a side story involving Lucifer and his henchmen. Although fans will probably dig some of the lore references, there really isn’t a Darksiders 101 class required or anything: you can just jump in.

Eschewing the puzzle platforming presentation, Genesis is an old school top-down dungeon crawler akin to Diablo. Thankfully the team didn’t try anything fancy and instead gave the game its own little flair with comic book style cinematics, which actually are a perfect fit for series character artist Joe Mad. The voices are still there, the atmosphere is still present, it’s legit. Airship Syndicate, who previously handled another THQ Nordic Joe Mad project Battle Chasers: Nightwar, did great work in providing their own little spin on this established formula.

So you’re kind of thrown into the thick of it and you have two options: War or Strife. Initially, Strife is the ranged expert and War is the melee fiend, with an emphasis on pistols and swords respectively. Anyone who’s played the first Darksiders should be familiar with War’s kit, as he excels close-up with deliberate, slow combos and can get into the fray with his ghost hook grapple. When playing solo if you don’t like either character for any reason, you can swap them in and out (and you’ll need to on occasion for puzzles).

There’s an action game framework behind this loot-frenzy, and you really can’t tell at first. Airship Syndicate went all out with providing full freedom of movement so each character is fun to use at any point, all the way down to the Devil May Cry-like floating after leaping into the air and firing off dual pistols. There’s combos, but not so many that it gets absurd. It also has that endearing, silly “exploding loot” quality to it that fits this world so well. It’s a good balance. Shoutout to the subtle use of double-jumping to nestle some great secrets.

One big thing that really matters to me and possibly no one else: great lengths are gone through to differentiate War and Strife from a collection standpoint too. Each of them has their own pool of health pickups and upgrades, as well as unique skins, abilities and passives. Although I was tempted to run as Strife the entire game, the steady stream of separate loot kept me invested in both. It’s also a thrill in co-op when you get your own bonuses and help your friends hunt for theirs. If you want you can summon a co-op partner via specific stones for split-screen or online play: casual, normal and hard difficulties unlocked by default should suit most group’s needs.

There isn’t a lot of room for “builds,” which might hurt long-term play. You can slot creature cores into a tree-like grid for extra boosts, but for the most part, especially during your first run, you’re kind of just slotting anything and everything anywhere it will go. By that same token you aren’t beholden to random “loot” drops, and killing creatures will actually reward you with upgraded cores that grant abilities and stat boosts. It really is a breezy action game and not a true “looter shooter,” if that’s what you’re looking for.

Here’s another hangup: the map sucks and the camera can’t be manipulated (because it’s a twin-stick shooter), and often doesn’t cooperate when you need to locate a path. The UI is also all over the place: case and point, I forgot the potion mechanic existed and just winged it for two chapters avoiding damage. I also encountered some minor sound and visual bugs that didn’t impact gameplay in any meaningful fashion.

Even with those annoyances in play, Genesis is way more stylish than I expected. Although the models are zoomed out there’s a lot of character present, like the way Strife twirls his guns. Adding mounts for quicker traversal (a thing Diablo IV is doing in the future) seems like a cop-out, but it flows rather well and allows for Genesis to play with some huge environments for dramatic effect. I used a controller for most of the journey, but a mouse and keyboard, especially for controlling Strife’s guns, are fine too. 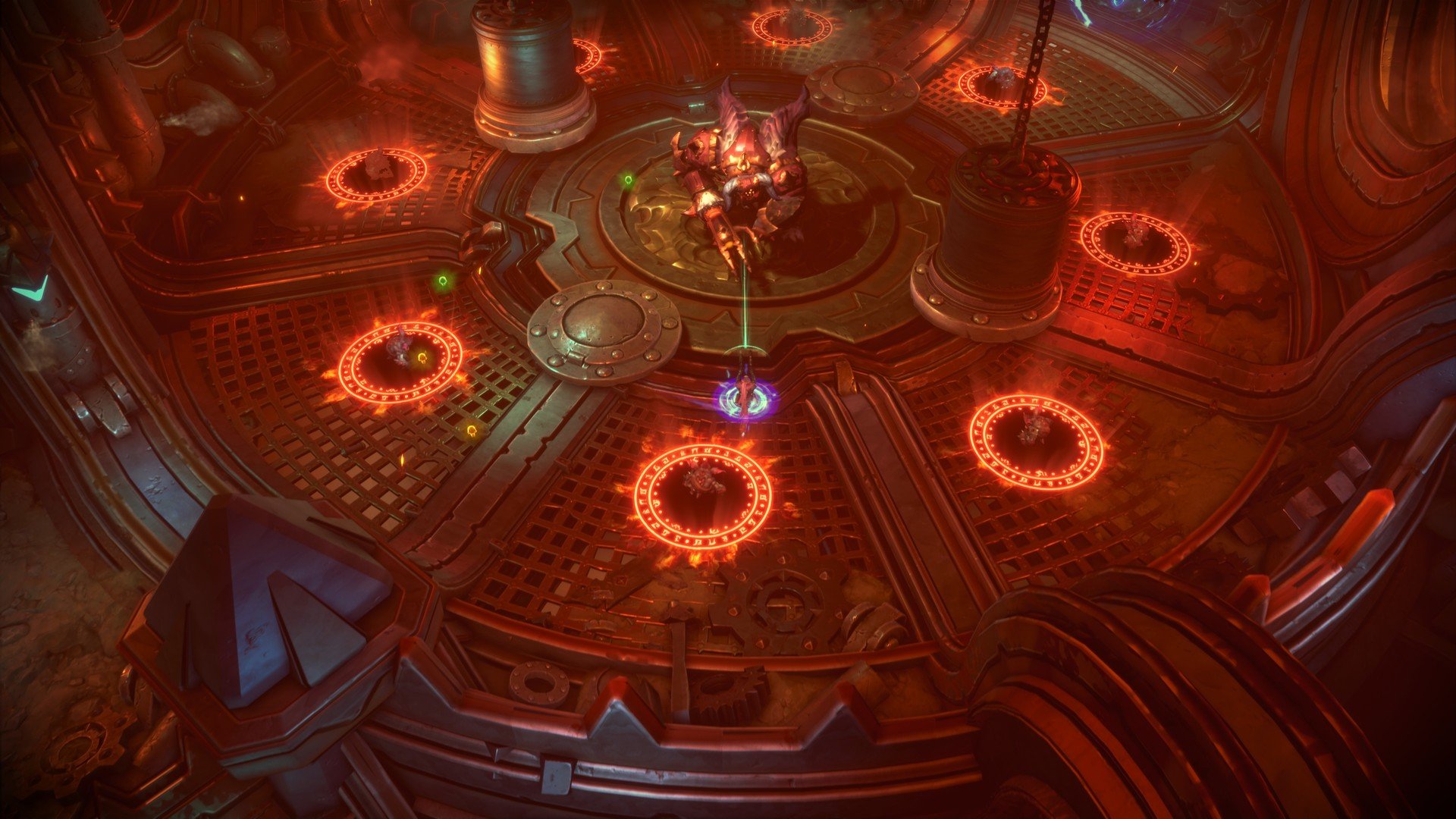 Strife brings much-needed levity to the scene with his sense of humor, which is just dry enough to not be cartoonish. It kind of makes me wish he was a bigger presence in the franchise the entire time, but what can you do?! I really liked getting to know Strife, to the point where I just want his own game already.

I came into Darksiders Genesis expecting nothing and got a fun little co-op dungeon crawler in return. Although the concept of a “Diablo spinoff for the Darksiders series” had the potential to just be a big bowl of wrong, the mad men and women at Airship Syndicate pulled it off. Long live Darksiders.