It’s safe to say that some people have been experiencing Souls fatigue. I mean, in the last two years, if you count a remake, there have been three retail Souls games (Dark Souls II, Scholar, and Bloodborne), on top of four DLC packs, and a mobile cash-in.

Watching this craze unfold as a King’s Field fan, when the general public barely knew what From Software even was, has been quite a ride. It may have something to do with the fact that Dark Souls III might be the last game in the series, but Bandai Namco is also going overboard with promotion, restricting press from streaming certain sections of the game, while allowing popular streamers to show everything — leading to spoilers almost a month before the retail release.

Against the odds, From Software has pulled through and delivered another masterpiece, despite some over-reliance on nostalgia. 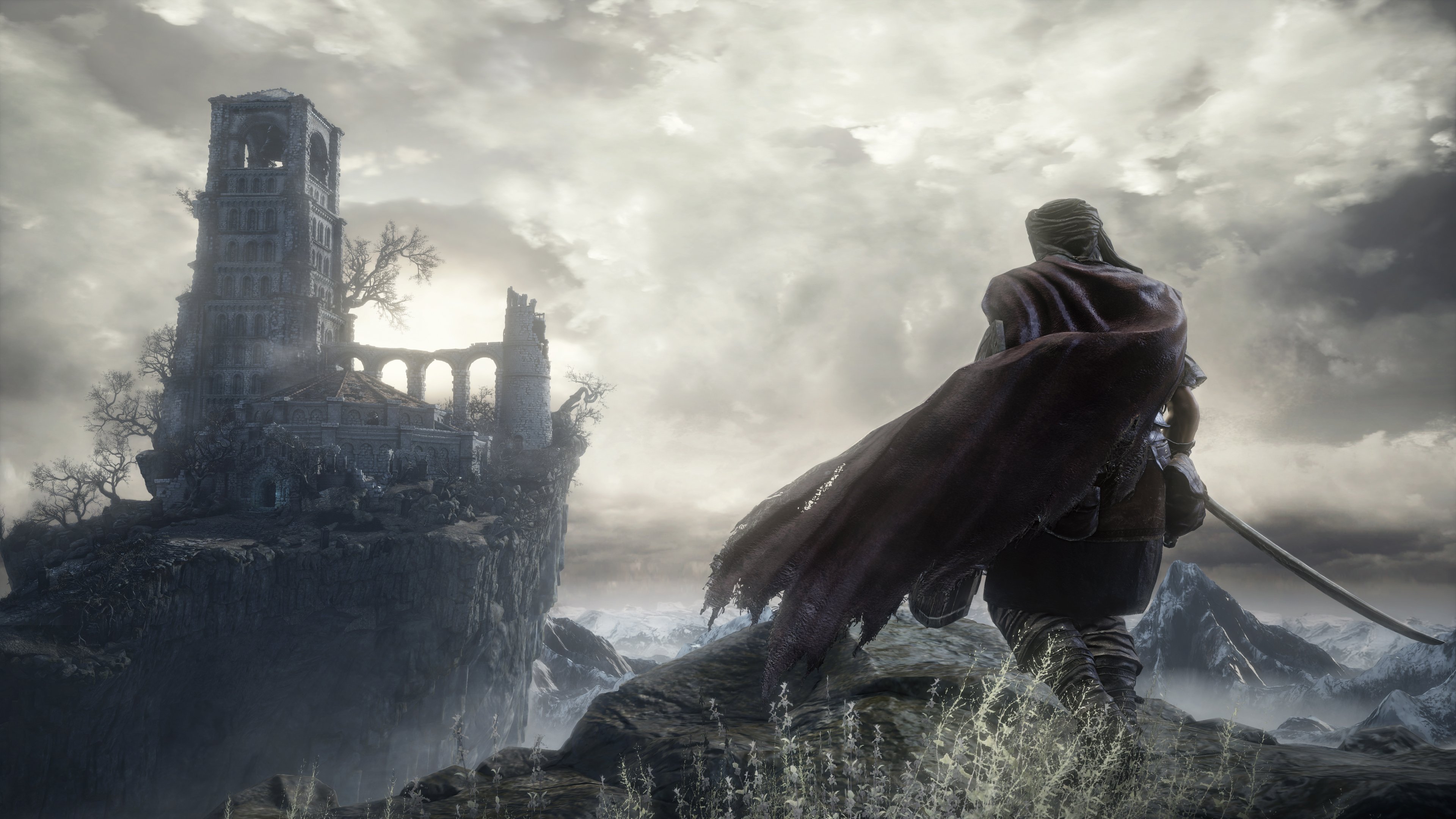 As always, Dark Souls III doesn’t immediately let the player know what’s changed. In reality, it’s a mix of just about everything From has acquired in its bag of tricks from Demon’s Souls all the way to Bloodborne.

It took me almost two weeks, but I figured out most of the modifications. Kicks have returned. The lock-on feature is a bit more refined and doesn’t drop as often. There are only two roll variations — regular and heavy. Covenants are now items that can be equipped and are far easier to understand. Life gems and grass are nowhere to be found, but Estus Flask (read: healing potion) upgrades are more plentiful. Combat feels a smidge faster too, which is a clear nod to the advancements made in Bloodborne, even if features like Rally didn’t quite make it in.

The most obvious alteration is the arts system, which sort of brings in magical properties to weapons to allow for some diversity. It was cool at first, triggering bonus damage for a limited time for an axe or readying another stance with a sword, but after a few hours, I basically relegated it to the basement entirely. While I like the concept because it gives some much-needed personality to each weapon type, it just isn’t as game-changing as I thought it would be.

But the action in general? It feels fantastic, and the developers have nailed the dance between tactical depth and brawling, to the point where players can adapt to an entire array of strategies to accomplish their goals rather than just follow one cookie-cutter path. Archery is more viable as a whole in Dark Souls III, and the sheer amount of magic options had me fiddling with multiple characters and playthroughs to try to find everything. Those of you who don’t typically go for melee-based builds are in for a treat, and of course, shields (my personal favorite playstyle) make their triumphant return after their absence in Bloodborne. It probably has the most well-rounded combat of the entire series.

The development team has also streamlined a lot of little things that may have bugged players in the past. Fast travel is far more convenient, with pictures and tabbed breakdowns for every bonfire, with the game automatically highlighting your last location when returning to the warp menu. Players will need to use the hub to level, which has been the case with every game except for the original Dark Souls, but all of the NPCs available are in easy-to-locate places, peddling their multitude of wares, with the ability to both easily buy and sell at will.

As a note, playing on PC (with 60 frames per second) made a huge difference. This should be the gold standard for a twitch game like this, where frame-perfect attacks and dodges are key to your survival. You’re only going to get 30 on either console but it still worked for Bloodborne, and honestly, having tested both the PS4 and Xbox One versions, it works there too in spite of the occasional dip.

Again, on PC especially, the aesthetic choices for Dark Souls III really shine. The uniform theme of fire and strong crimson tones unite the visuals more than any other entry to date, especially when players sport their “non-hollow” form and are pulsing with heat energy. Enemy models, all the way down the standard grunts, look fantastic. Some are even more impressive than boss characters in other, similar games. 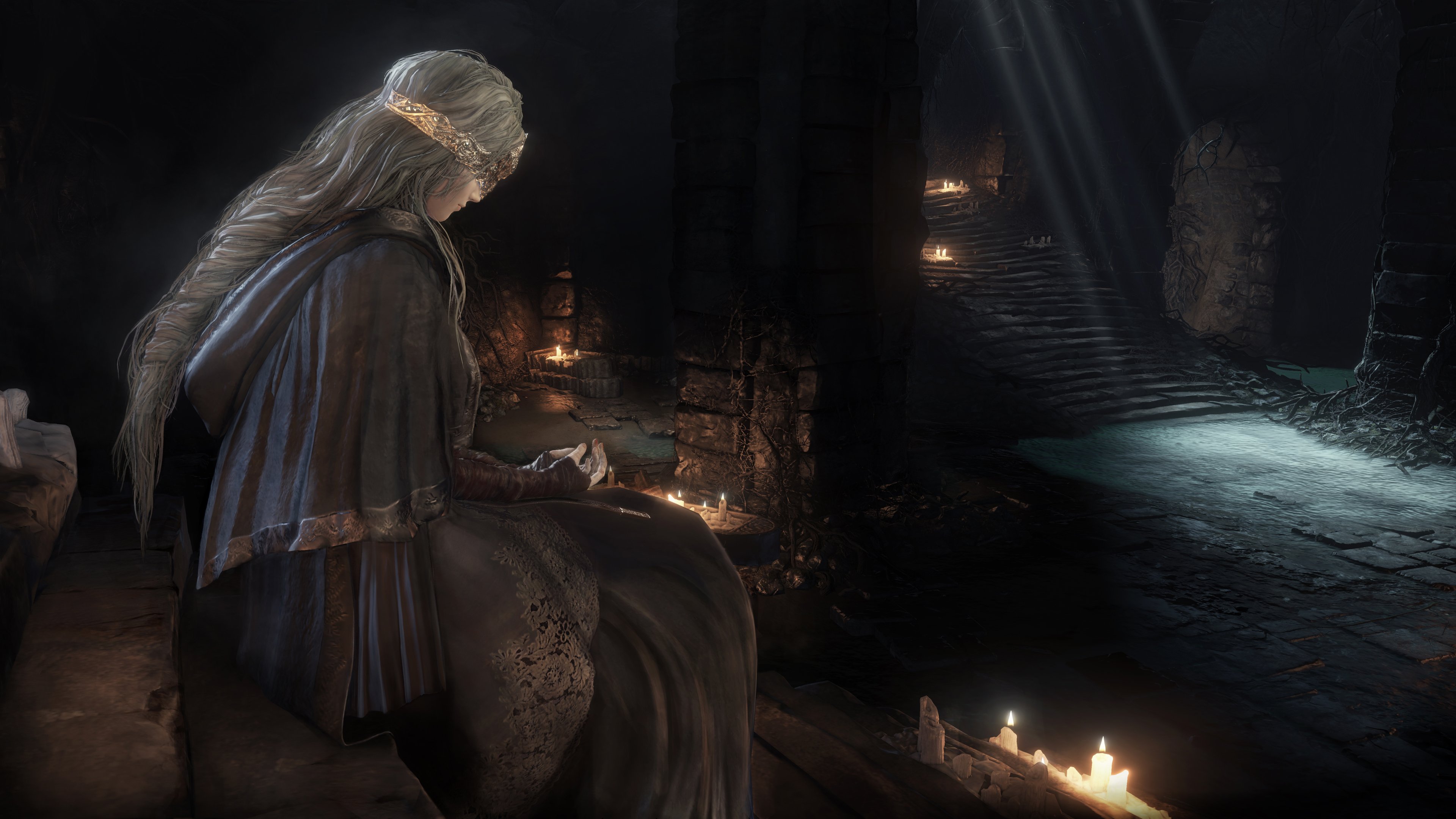 The environments are par for the course, which isn’t exactly ideal as From Software typically sets that baseline. The “united” feel of this iteration goes slightly too far in that every zone feels overly familiar, with many of them touting a standard castle-like appearance, that, while appropriately seeped in lore, isn’t as memorable as past iconic hotspots. Whereas previous Souls games had you embarking on an adventure where you would never know what could come up next, nothing here, and I mean nothing, surprised me or made me gasp in awe outside of the reveal of one zone that featured an aurora borealis shining in the sky (you’ll know it when you see it).

Playing through Dark Souls III, as enthralling as it may have been, had me at odds. There are tons of little item and lore references that illicit an “Oh, I remember that!” response, but the vast majority of them didn’t do it for me. Those nods and nostalgia bits were a really cool feeling while playing Dark Souls II three years after the original, but it’s not that unique anymore having to relive it all over again in many of the same exact ways.

But just when I thought the series was all out of surprises, one of the best boss fights in Souls history hit me. And then another moment hit that took me off guard and reminded me that I was in fact playing a Souls game — a series that consistently rises above the pack. And then another! Almost every major encounter is well done, with very little recycled material. Suffice to say I won’t spoil the nature of the brawls here, but we’ll be talking about several of them for years in the same class as Ornstein and Smough, believe that. 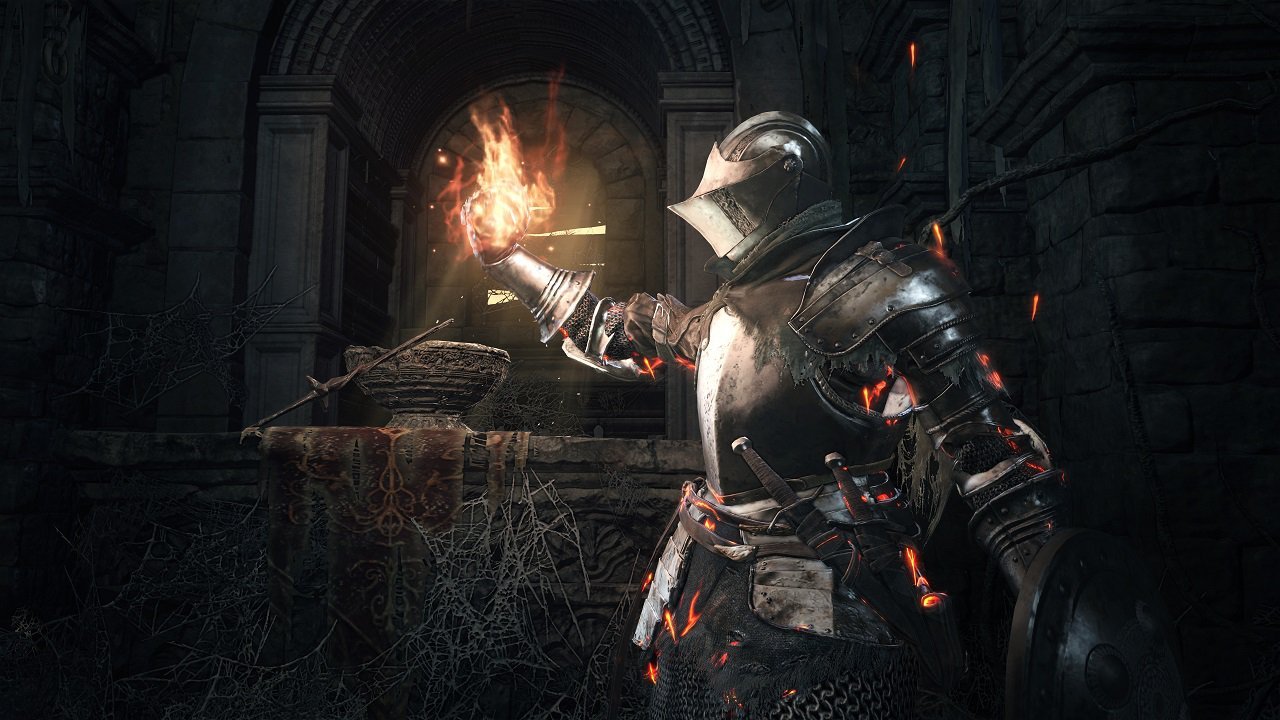 If Dark Souls III truly is the last game for now, it makes perfect sense, since it’s just as much of a love letter to fans as it is a culmination of the series. I may not have liked this iteration as much as the rest, but it’s still streets ahead of most current action games and deserves a warm spot on your shelf by the bonfire.

[As is the case with all my Souls reviews since 2009, here’s a spoiler-free screen of the character I completed the game with. Every boss was completed solo. This review is based on a retail build of the game provided by the publisher.]