A clover by any other name

Every so often, something will come across my desk that I completely overlooked at the time. Valdis Story: Abyssal City was a perfect example of that.

For a while now readers have been asking about Crimzon Clover World Ignition, and I finally set aside the time to play it. That ended up being a good choice. 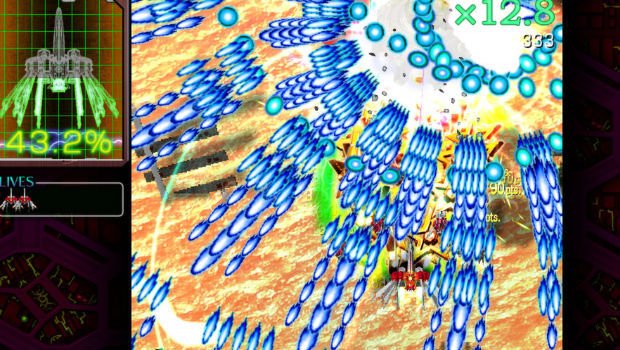 I had played the vanilla version of Crimzon many years back, but I never gave it the proper attention it deserved. Now as a result of this assignment, I had a chance to really explore the game and came out immensely satisfied — especially with all of the incremental upgrades that occurred over time. It’s an excellent crash course in bullet hell, and with a variety of difficulty levels (including a really cool God Hand-esque adjusting mode) it will appeal to just about anyone.

At first glance it may seem like Crimzon follows the standard “shot and bomb” methodology to a tee, but it’s actually much more than that. For starters each ship has a lock-on ability similar to the Star Fox series, and the way it’s implemented is just about perfect. By pressing the button you can scan the screen for targets, then release to instantly unleash your fury.

What I love about the lock-on system here is that it’s a radial mechanic, allowing you to stay in the action at all times even if your standard shot is out of reach. I also really dig the amount of detail that was put into the user interface, as you can see how many homing shots are active or if your allotment is full. All of the game’s meters in general are conveniently placed on the screen and don’t hinder gameplay. Everything from the plethora of point stars to the look of the bullets themselves feel like an homage to a CAVE shooter. 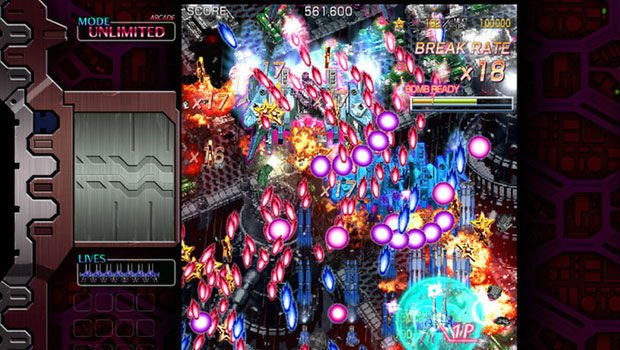 The typical “press for bomb and blow up the screen” idea has been overhauled as well, replaced by the “Break” power. With the tap of a button you can enter a frenzy mode with enhanced firepower, with the option to end it early with a bomb. If you decide to wait for a longer period of time and gather more energy, you can double-break and blow away even more fodder. All three ships truly come alive in their own way with Break Mode.

The actual stages themselves aren’t all that memorable when it comes to backgrounds or themes, but the bullet patterns are well constructed, which could be considered an art form. As a bullet hell game there will be lots of projectiles on the screen at once, all carefully crafted as manageable curtain fire. The ship’s hitbox (weak point) is also plainly stated on-screen as a pulsating core, so there’s no guesswork involved.

There are four modes of play (Boost, Original, Unlimited, and Time Attack), as well as two difficulty levels. With only five stages those settings come in handy, though that may be stretching it a bit when it comes to long-term replay value. Thankfully, the developer seems to be keeping up with any issues, as the latest update for the Steam version was a little over a month ago, which to me indicates dedication — particularly since the game was built by one person. 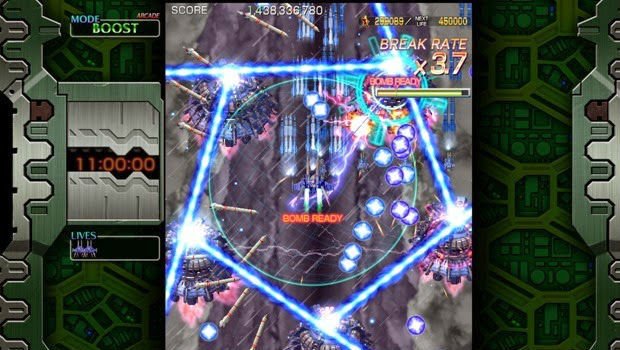 Crimzon Clover may not be the most fully-featured or best-looking shoot-’em-up around, but the commitment to excellence for both the player’s ship mechanics and the enemy bullet designs is impressive.