How low can you go?

Jesse Faden’s in, ahem, control now but she isn’t bringing any much-needed stability to the Bureau. That’s sort of the curse that FBC directors are burdened with: They react to crisis after crisis until everything finally goes haywire and they’re out of a job. Or dead.

In Control‘s first expansion, The Foundation, Jesse goes underground — much deeper than six feet, thankfully — to deal with a new threat. It’s not just a miner problem. 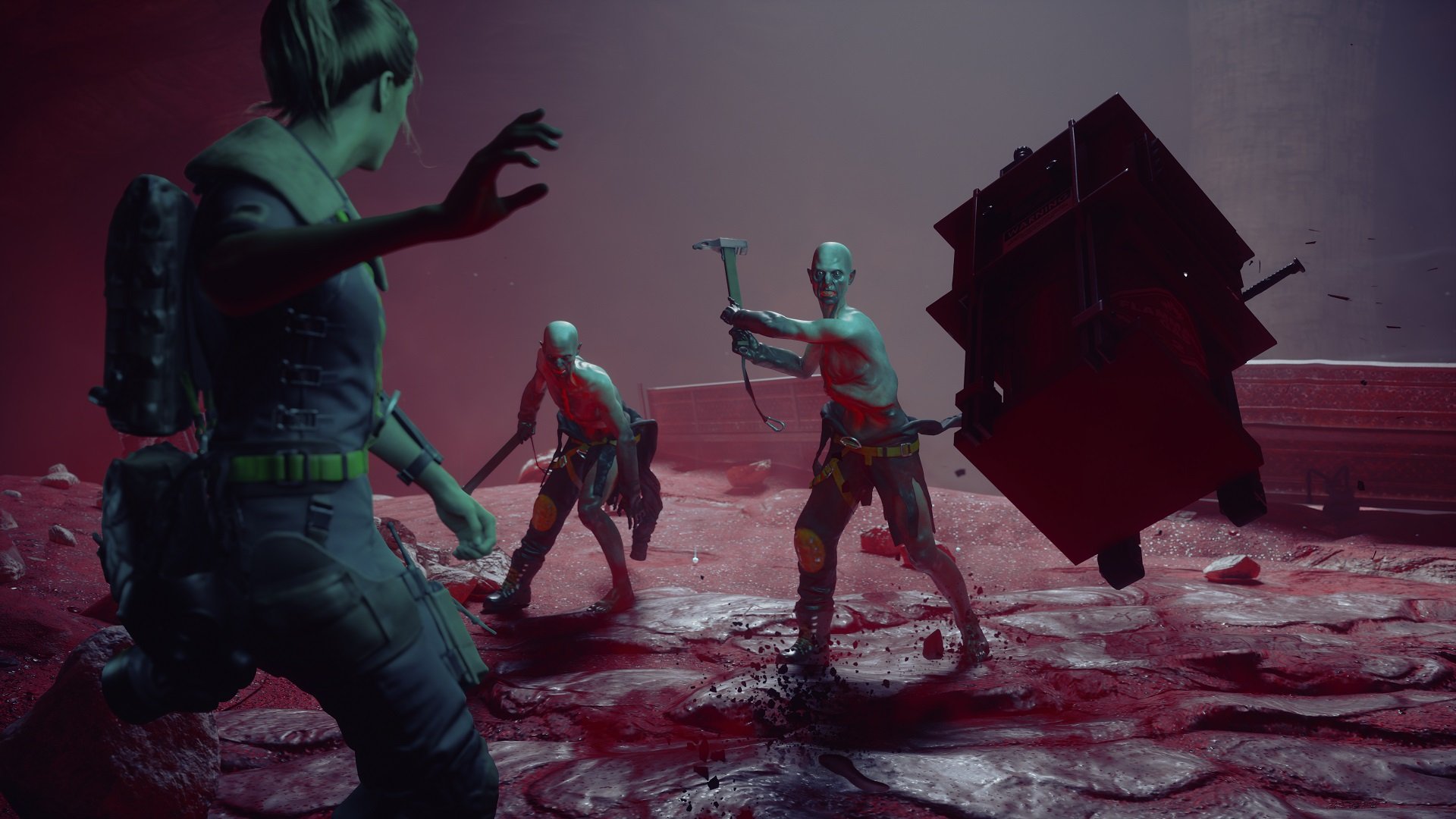 Just like Control‘s main campaign, it’s very difficult to coherently explain what the hell’s going on in The Foundation. This end-game expansion (you need to clear the base game’s primary missions to access the DLC) takes Jesse underneath the Oldest House where the Astral Plane is bleeding into the physical world, allowing the Hiss the opportunity to cross the threshold and infiltrate the Bureau. Jesse takes it upon herself to repair the Nail, a mysterious obelisk-type structure, which is some sort of representation of the Astral Plane’s ever-impeding presence.

The Foundation‘s most significant accomplishment is that it manages to enhance Control in a couple of areas that it was already proficient at, and the root of it all is a pair of new abilities that are thematically appropriate for the add-on. Jesse learns to both grow and shatter rock formations, one at the beginning of the expansion and the other halfway through.

This introduces a twist to combat, which is always fast and fluid but too often hinged on just throwing the kitchen sink (and anything else Launch can pick up) at whatever moves. With the Create ability, Jesse can summon rocks to grow out of the ground and impale Hiss — but it’s limited to predetermined “trap” locations; with the Shatter ability, she can shoot the ground out from under enemies who are crossing rock floors. These are different ways of manipulating the environment to your advantage that always feel clever when executed correctly.

However, these abilities also allow Control to really lean into its Metroidvania-like sensibilities, albeit on a smaller scale. The Foundation is constantly begging to be explored, as every turn seemingly has a side cavern that’s either blocked by rocks waiting to be shattered or guarded by a chasm vast enough that you need to manifest a rock platform to get across it. Considering any of these could be hiding intriguing classified intel documents, you’ll find yourself trying to make mental notes of all the places you need to eventually retread. 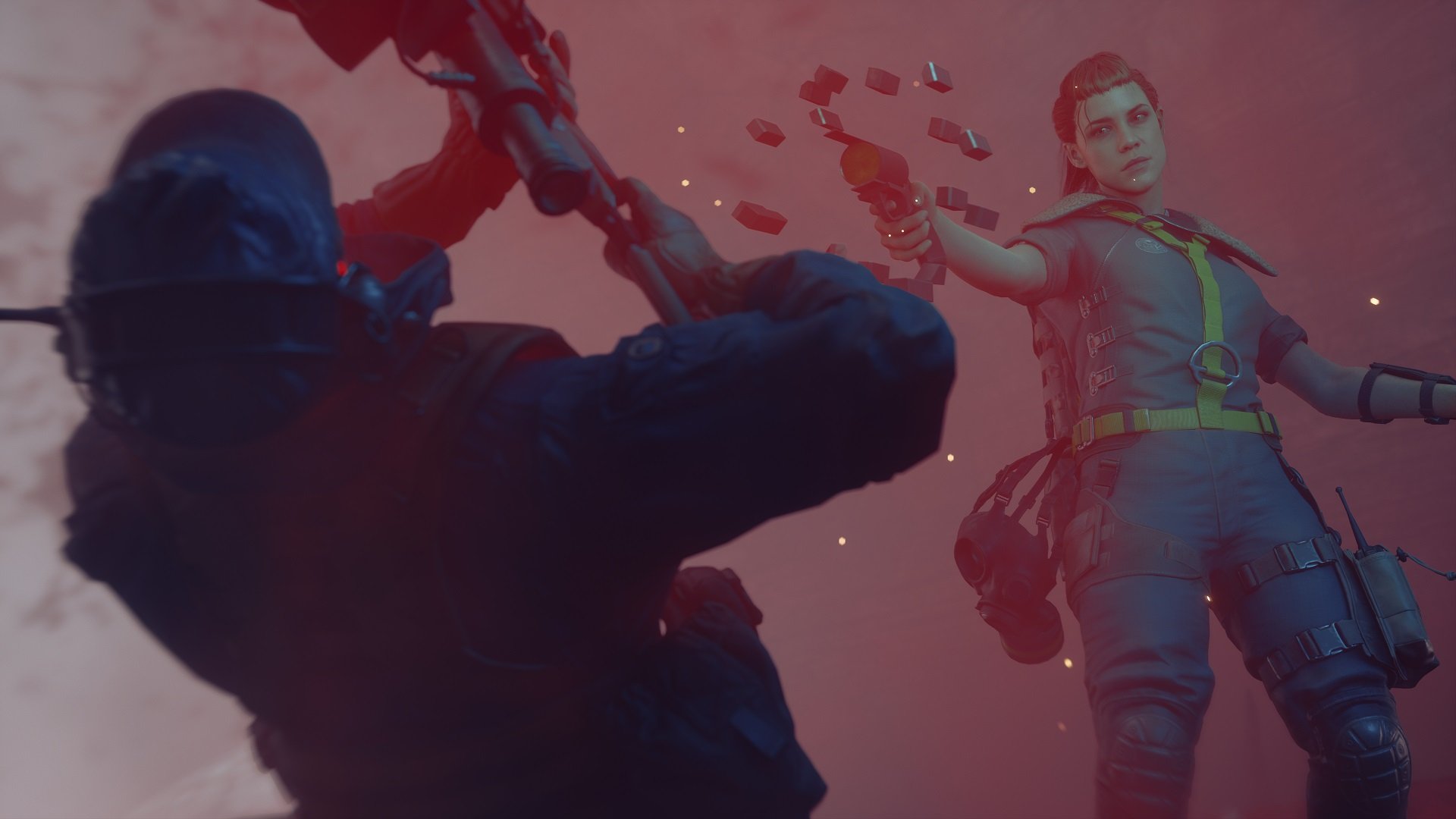 As expected, The Foundation‘s story beats are obtuse and open to interpretation, but this expansion seems particularly content to raise questions without the intention of offering up answers.

Jesse and her fight against the subterranean homesick aliens is explained mostly through theoreticals and educated guesses, never really giving good enough reason for this venture beyond “it had to be dealt with.” Similarly, a juicy conflict between Former and the Board is established but never elaborated upon in enough detail for us to understand it fully. It’s critical enough to the plot behind the FBC’s otherworldly guiding forces that we can only hope it’s eventually resolved in the upcoming AWE expansion.

The Foundation is a serviceable-but-uneven expansion. It’s made up of four main areas — two of them excellent, and two of them feeling bare. There’s a thrilling setpiece sequence that stands tall among the best in the main game (although, it’s quite long and probably could’ve used a checkpoint). It’s a lopsided add-on where momentum is regularly halted by truncated sections that make you think “Wait, that’s it? Did I miss something?”

It’s a pleasure to dive back into Control, and that’s why I genuinely enjoyed my time with The Foundation. I still love hunting down every research note and every minute-long audio file — anything to fill in more of the lore gaps in this bizarre, enigmatic world. This expansion does all of that even if it’s ultimately left feeling inconsequential. Ironically, The Foundation fails to build on the excellent structure Remedy already built with Control.