A supernatural thriller, made by the team behind the King’s Quest fangame, The Silver Lining

I never thought I’d ever say this after the ’90s, but there are simply too many interesting adventure games to keep track of. Back in 2011, I had been keeping close tabs on Cognition: An Eric Reed Thriller, after it ticked all the right boxes: A supernatural thriller, made by the team behind the King’s Quest fangame, The Silver Lining, with Jane Jensen attached to the project as a story consultant. It all seemed very much my cup of tea.

Unfortunately, by the time the first episode launched last October, I’d forgotten all about it. With the launch of the second episode at the end of January, and with the first episode’s launch on iPad last week, I thought it was time to rectify this gross oversight. So here I am, in early March, writing a review for a game from October. Dedication, people. 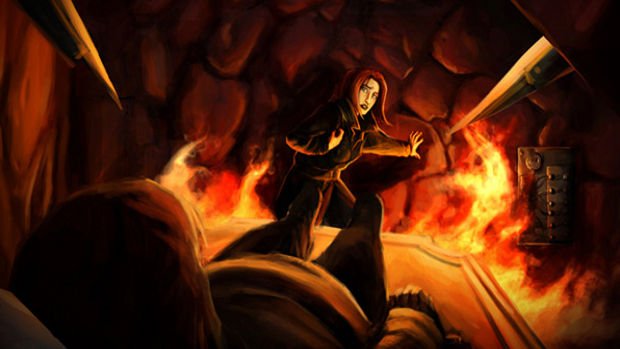 FBI agent Erica Reed has had a rough few years. A savage serial killer with a penchant for rituals and puzzles terrorized Boston three years ago. His targets were always twins — twins like Erica and her brother. Cognition opens with a flashback to a desperate Erica, searching for her brother and his captor in a deserted graveyard.

Within the first fifteen minutes, Cognition introduces players to the two key elements that make this adventure title stand out: Its adult nature, and Erica’s supernatural ability. The former reveals itself through the twisted criminal Erica is hunting, and his exceedingly violent traps. One particular puzzle forces Erica to turn a wheel as it causes large spikes to bore through her legs. It’s all a bit horrifying. 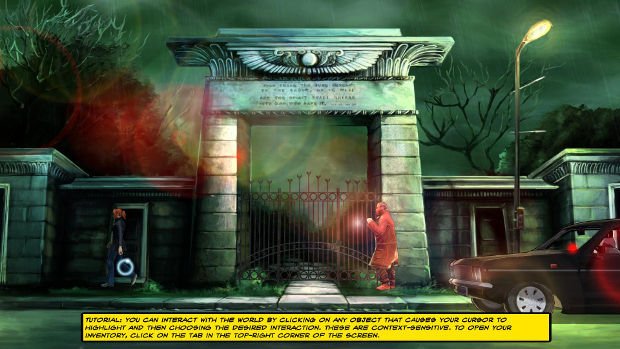 The aforementioned supernatural ability is the titular cognition. By touching an object, Erica can see a slice of the past — rather handy for an FBI agent. It doesn’t always work as intended, however, and both in the introduction and throughout the rest of the game, it causes her a great deal of mental trauma.

After the end of the introduction, we flash-forward three years. Erica is a bit of a mess, and is still suffering due to the loss of her twin brother, and her inability to track down his killer, who managed to escape despite Erica setting him on fire. She’s being forced to close the case, and the rest of the game focuses on her work on tracking down a new serial killer: The Hangman.

Cognition straddles the line between police procedural-inspired nonsense and a genuinely compelling thriller. Beyond the well written Erica, aided by a strong performance by Raleigh Holmes, the additional cast is completely forgettable. A fat, lazy partner, a hard-nosed boss, a chubby geek forensics expert, a cold bitch of a coroner, some guy who is apparently a love interest — they never go further than being tired clichés. 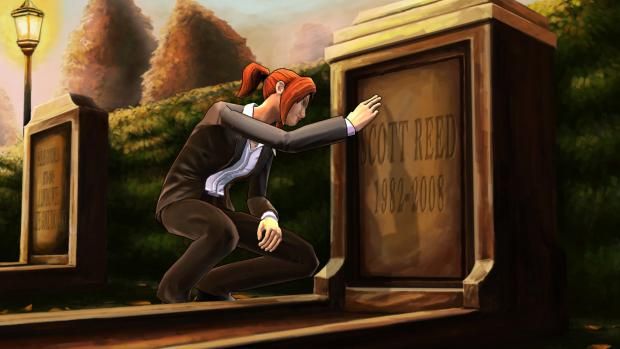 All of these characters could become more with the right attention, but The Hangman is very much about establishing the series’ supernatural mechanics and Erica’s personality and back-story. In that respect, it succeeds with aplomb.

Erica comes across as a real person struggling with her stressful job and tragic past rather than some heroine trope. Sure, she’s an attractive female FBI agent who can kick quite a bit of ass when she needs to, but the attractive female part of her description barely comes into play at all.

Quite a bit of time is spent teaching players how to use Erica’s curious abilities, and they actually expand into three distinct powers. There’s the aforementioned basic cognition, where she sees the past play out; then she learns how to find connections between objects to bring spectral images into view, most often people; and finally she gets trained to access people’s memories, ones they may have forgotten portions of, and discover the truth held within them. 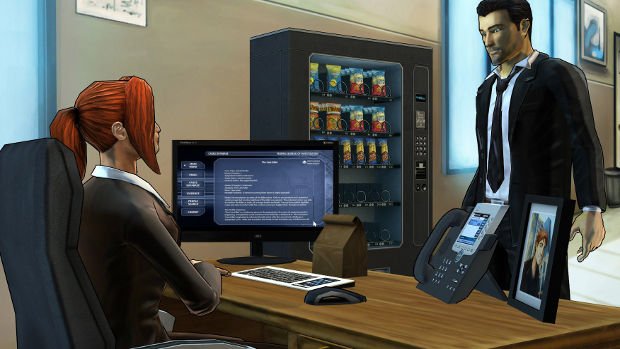 Puzzles involving Erica’s cognition powers are undoubtedly the high-points of the game. They aren’t particularly difficult, but they are usually multi-layered and are employed sparingly, yet deftly. That Erica has to actually learn to channel this power, and the struggle she goes through to use it makes her abilities all the more meaningful.

Unfortunately, the rest of Cognition‘s puzzles are not of the same high caliber. It’s not a particularly puzzle intensive game, focusing more on dialogue and simply clicking on the right thing, and that might be for the best, as the puzzles that do exist are really quite silly.

There’s the old hack into someone’s PC by finding their password in their drawer chestnut, but by far the worst puzzle takes place during the interrogation of a businessman-turned-hobo, the linchpin in Erica’s case. The puzzle requires players to enter the room, talk to him, leave the room to get something to make him talk more, do the same again, and again, and most of the time you’re simply moving from one screen to the next. Backtracking, because who doesn’t bloody love it? 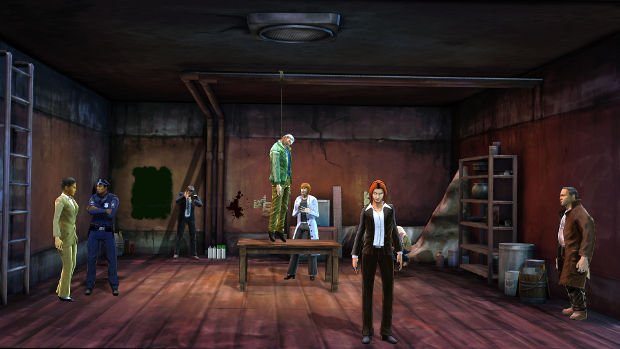 It doesn’t make things any easier when he refuses to talk due to being extremely hungry, and when you bring him a sandwich he says that’s too much and he just wants a snack. He’s a homeless man turning down a sandwich. What the hell is going on?

There are a couple of instances where puzzle solutions involve Erica’s ever-present mobile phone, and while those are a damn sight better than the feeding a hobo nonsense, the fact that the game goes out of its way to stop you from using the phone in earlier instances obfuscates things just a little bit.

The case itself — which I’m doing my best not to spoil — is actually rather intriguing. It’s macabre, nothing is immediately obvious, and it crescendos in a dramatic, though extremely simple stand-off that left me wanting more. The busy work and uninspired NPCs may have led to moments of boredom, but overall I was rather invested in solving the case, as well as hoping that it somehow tied into Erica’s past so she could reopen the deeply personal investigation and gain some closure in regards to her brother’s death. 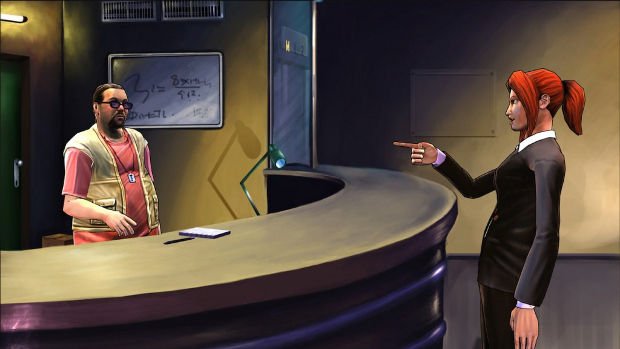 Accompanying the drama and puzzles are some truly gorgeous painted backgrounds rich in detail and character. So often I see the concept art for a game and fall in love, until I see the finished product and wonder how it fell so far. With Cognition, the sort of beautiful concept art I frequently use as a background on my desktop can be found everywhere. Of course, the locations being graveyards, abandoned buildings, filthy bachelor pads and an FBI office don’t immediately scream “aesthetically pleasing”, but it is, regardless.

Less impressive are the 3D character models. The cel-shaded aesthetic works well given the comic book feel the title something co-opts, but the animation is often a tad wonky and damn does it take a long time for Erica to actually complete an action. That’s not to say the character models are bad, but they don’t stack up when compared to the backgrounds.

As a first episode, The Hangman does more right than it does wrong. The influence of Jane Jensen, and Phoenix Online’s previous work on its labor of love, The Silver Lining — itself inspired by the hey-day of adventure gaming — makes Cognition feel very much like what I suspect Sierra Online would have been putting out now if they were still around. Most importantly, I’m eager to get stuck into the second episode.