This game is never leaving my Switch home screen

Clubhouse Games: 51 Worldwide Classics is going to be a must-play title for a certain type of Switch owner. It’s a successor to the quietly awesome DS collection with shades of Wii Sports and Wii Play.

Coming in skeptical of Clubhouse Games‘ longevity more than its bang-for-your-buck value, I wasn’t sure I fit the bill, but after a few weeks with this Nintendo-produced compilation, I’m convinced.

It’s not just the game selection, which is wide-ranging enough to reach beyond the usual board and card games with activities like darts, bowling, golf, and tank battles. It’s not just the fact that I can play alone against multiple AI levels, or locally, or online, although that is a huge part of the appeal. It’s the little details, too – the narrated game introductions, the super-chill soundtrack, and the glossy presentation.

You can tell Nintendo sunk serious time into this project as soon as you poke around the menus. 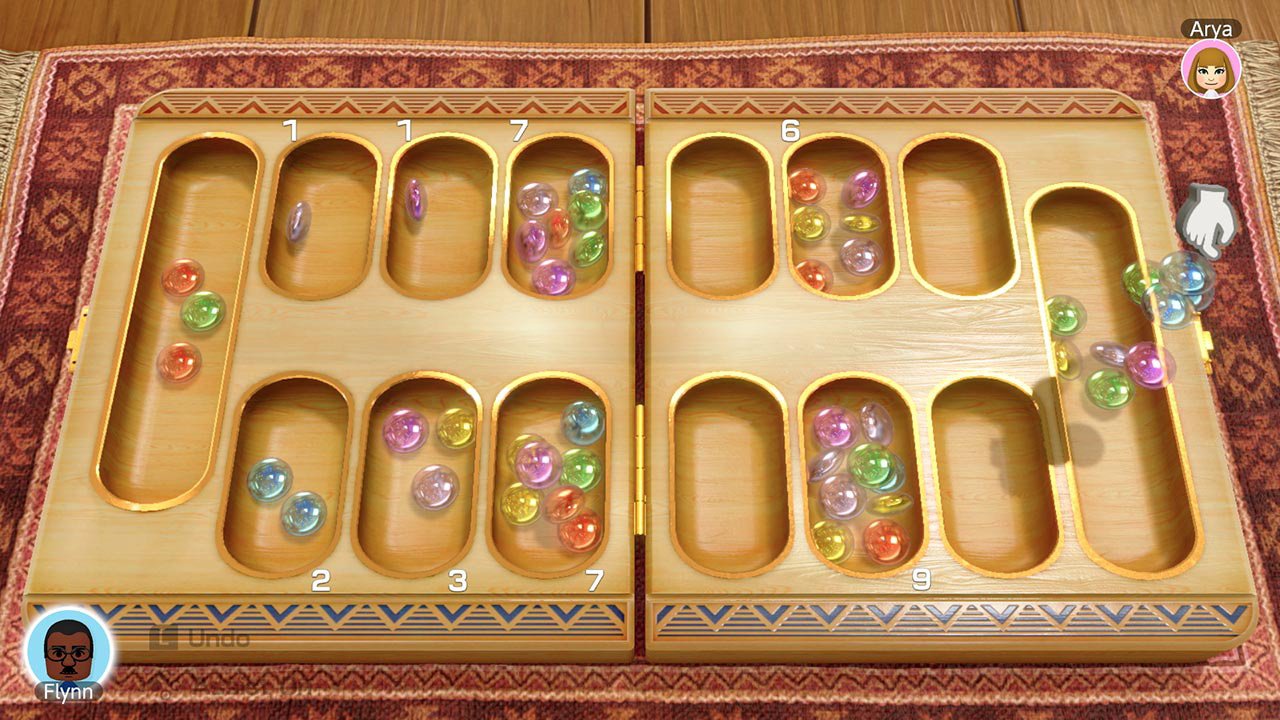 I’m not going to exhaustively cover all 51 main games (or the 52nd game, an interactive piano). That feels futile. For starters, you probably already know many of them by heart, and the ones that seem weirdly familiar – like Ludo, Yacht Dice, Renegade, and Last Card – are often iconic games with a legally distinct name. If you’ve played Sorry/Trouble, Yahtzee, Reversi/Othello, and Uno, you’ll be at home.

More to the point, Nintendo whipped up a video that flies through the whole suite in several minutes, and it effectively illustrates the breadth of 51 Worldwide Classics. You should watch it to see if your all-time favorites made the cut. Unfortunately, not every game carried over from the original DS Clubhouse.

Hearts, Spades, and Go, in particular, will be sorely missed. Those omissions are puzzling.

On the bright side, most – not all, but most – of the games featured in 51 Worldwide Classics are worthwhile. Many are entertaining enough to warrant mastering them in single-player (there’s typically four tiers of AI opponents to best), some of them are better with lively human players, and a handful of the games don’t seem to get old no matter who you play with. I was pleasantly surprised by the roster.

I ended up forming this daily ritual where I’d play a bit of Clubhouse Games in the morning while the coffee was still kicking in, accomplish something – anything – and then return at night to get my sweet revenge. The plan didn’t deviate. I chose a game I hadn’t fully cleared yet and rose through the ranks.

Here’s the devious part: Nintendo has a little tier-based incentive for clearing every game.

You’ll get a basic green checkmark on the selection screen when you finish a game for the first time. You’ll earn bronze, silver, and gold medals on the menu in exchange for beating increasingly adept AI challengers. The final prize, a trophy, only comes when you’ve mastered a game. Sometimes that means winning once against a group; other times, like in Bowling, that means getting certain scores.

Those tiny pats on the back might sound insignificant, but they’ll make a difference for solo players and completionists. Again, I’ve kept up with 51 Worldwide Classics for weeks on end. I don’t think I’d be able to say that if the collection didn’t challenge me, at least in some recorded way, to play everything. Unlockable Nintendo-themed cards for Hanafuda and Matching (memory) are a nice bonus gesture.

One day I’ll take down the Impossible-level AI in Chess and Renegade without buckling. One day. 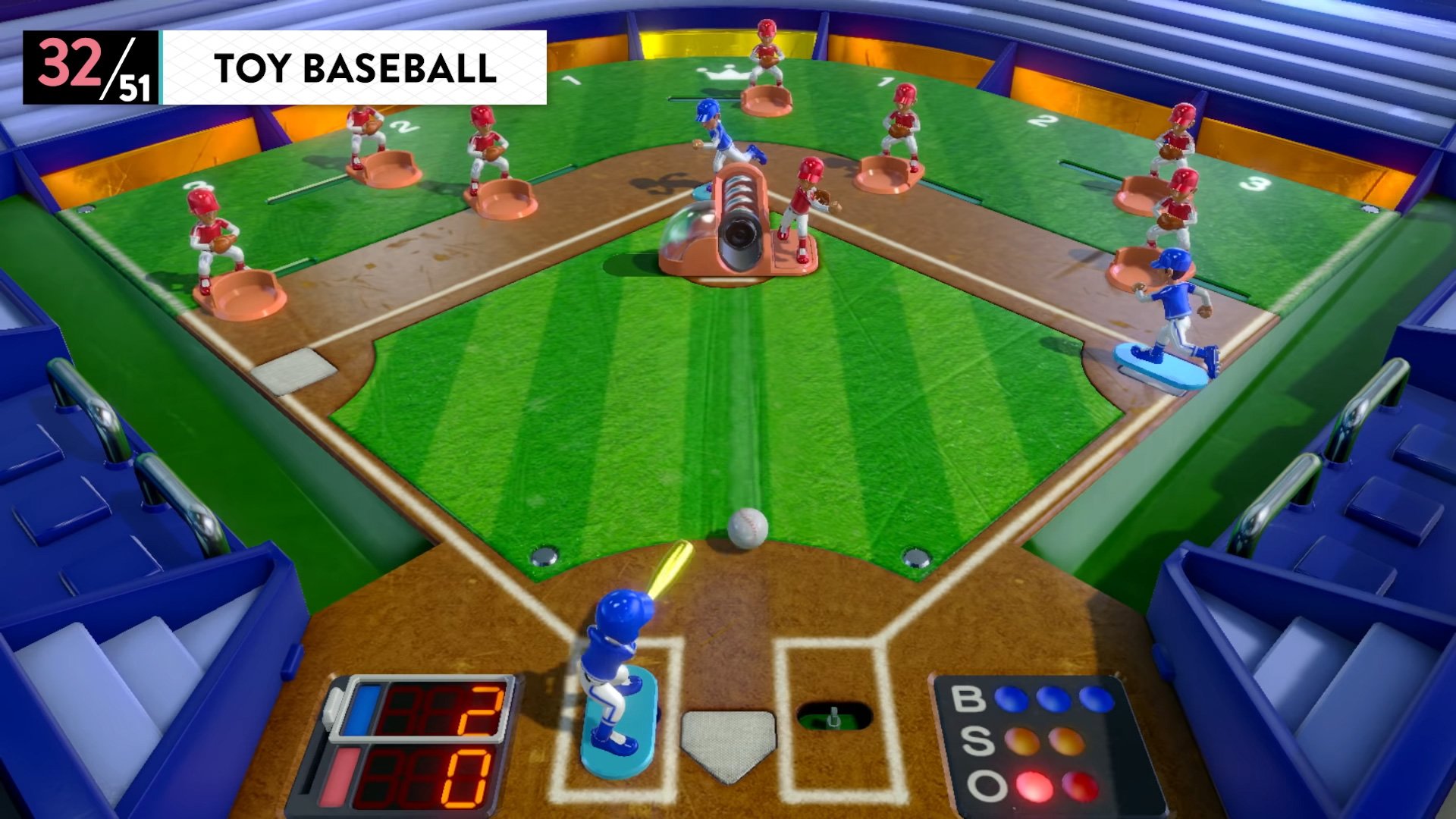 Of course, there’d be no motivation to continue if the games weren’t inherently fun. Most are! I got way into Nine Men’s Morris, Backgammon, Riichi Mahjong (thanks for the intro, Yakuza!), Gomoku, Blackjack, Sevens, Spider Solitaire, and Klondike, as far as the more traditional, time-honored games go.

But some of my favorites – especially if we’re talking about multiplayer – are the more “video gamey” titles. Nintendo has simplified pick-up-and-play takes on Tennis, Baseball, Boxing, Soccer, and Curling, all of which have this exaggerated but semi-believable toy-like quality to them. They feel like a neat throwback to Nintendo’s roots, and I love their tactile aesthetic. 6-Ball Puzzle, on the other hand, is a straight-up video game. I need one of you to come over and whup the AI for me. It’s so ruthless.

For Switch-owning Wii fans, there’s Bowling and Darts, both of which can be played with Joy-Con motion controls. It’s not exactly the same as the Wii Sports days – your accuracy and power depend more on flicking your wrist than using your arm, if that makes sense – but once you learn to adjust, it’s good enough. The Wii Play-inspired Shooting Gallery is a fun use of the Joy-Con pointer controls, and if you ever take your Switch on a plane again, good news: many of the games support touch controls.

I wish Nintendo would’ve crammed a few more deck-based games into 51 Classic Games, and some of the titles, like Texas Hold’Em, could use more options, but overall, I can’t be too disappointed.

I wasn’t able to match up with friends or strangers for online multiplayer, but I’ll be diving in after launch. (You can select up to three games when you matchmake.) I also didn’t test the Mosaic mode that lets you combine multiple handheld Switch screens to, say, alter a river in Fishing or change the track layout in Slot Cars. That seems like more of a novelty than anything with long-term appeal.

The highlight, though, is single-copy local multiplayer for certain games. Here’s the fine print: only one copy of 51 Classic Games is needed for “games that feature hands of cards or tiles” like President and Dominoes if you’re playing locally on multiple Switch consoles. Your group can download free multiplayer-only “guest pass” software from the eShop to play along on their individual screens.

A word of caution: if you only have a single Switch in your household and you’re hoping to have four local players compete, your options are extremely limited – I’m talking Ludo and Blackjack, not Bowling. The vast majority of games that support local play on one Switch cap out at two players. It’s a shame. 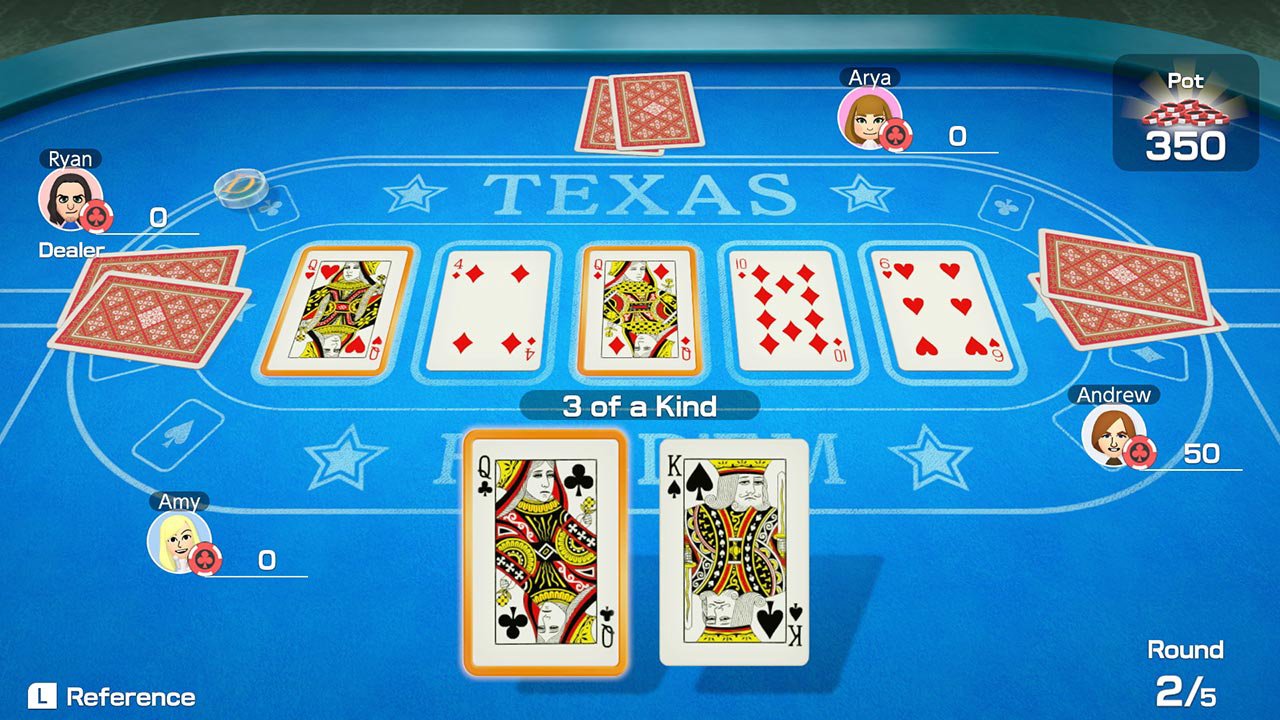 I can’t say enough good things about the lighthearted, straight-to-the-point instructions. Every game has a short voiced intro with figurine characters to set the stage. There’s also concise rule breakdowns that you can pull up before and during matches, optional visual aid toggles in more complex games like Chess and Shogi, and an oh-so-tempting rewind button to help you beat the AI. You can truly ease in.

It’s a testament to Nintendo’s design chops that a 51-game collection with roots in ancient history (as well as its own 130-year-old corporate history) can feel so fresh, approachable, and cohesive.

Clubhouse Games: 51 Worldwide Classics might sound generic at first blush, but it’s secretly one of the best Nintendo Switch games of 2020. It’s the right game at the right time with the right temperament.