It’s that classic tale: strapping young hero makes his way to a mythical city to vanquish skeletons and break the genie’s curse.

City of Brass is a first-person action roguelite with an Arabian Nights theme. The game does a lot to impress up front but did little to keep me hanging around. Trip one skeleton with a whip, and you’ve tripped them all. 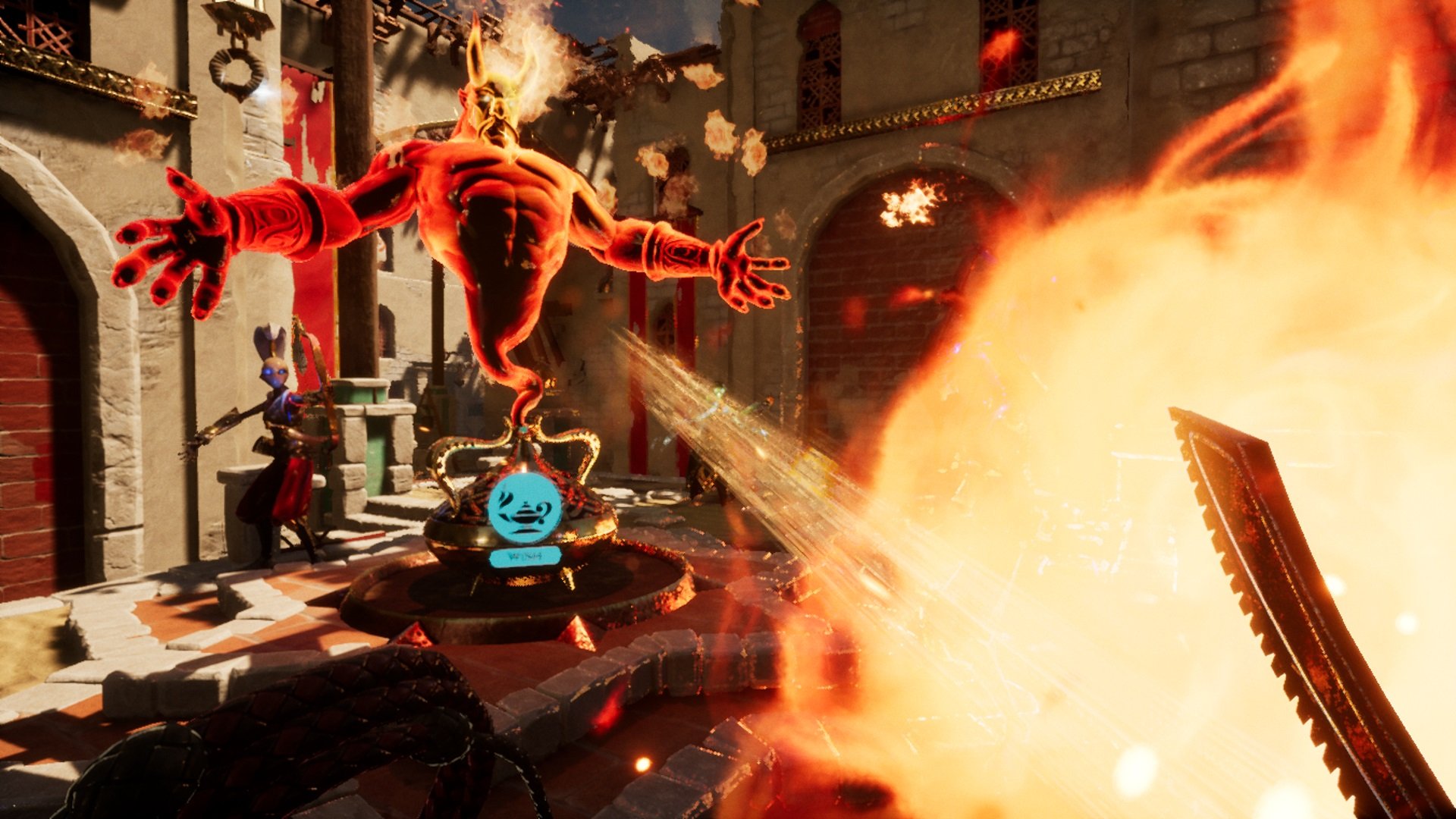 With each death in City of Brass, you start a fresh run through the procedurally-generated city hoping to make it through all twelve levels and break the genie’s curse. Along the way, you’ll want to do your best to grab any treasure you see. This treasure acts as a currency you can use at friendly genies to buy upgrades like alternate melee weapons, health upgrades, and effects like fire damage for your whip.

These upgrades don’t transfer to your next run, but you will encounter opportunities to bank an ability or purchase insurance to transfer one of your upgrades at random to the next run.

Since genies are abounding in City of Brass, you naturally start your run with three wishes. You can use these to upgrade the quality of goods a vendor has to offer or even turn an enemy genie to your side. It’s much easier to concentrate on killing skeletons when you have a magic friend hurling fireballs. 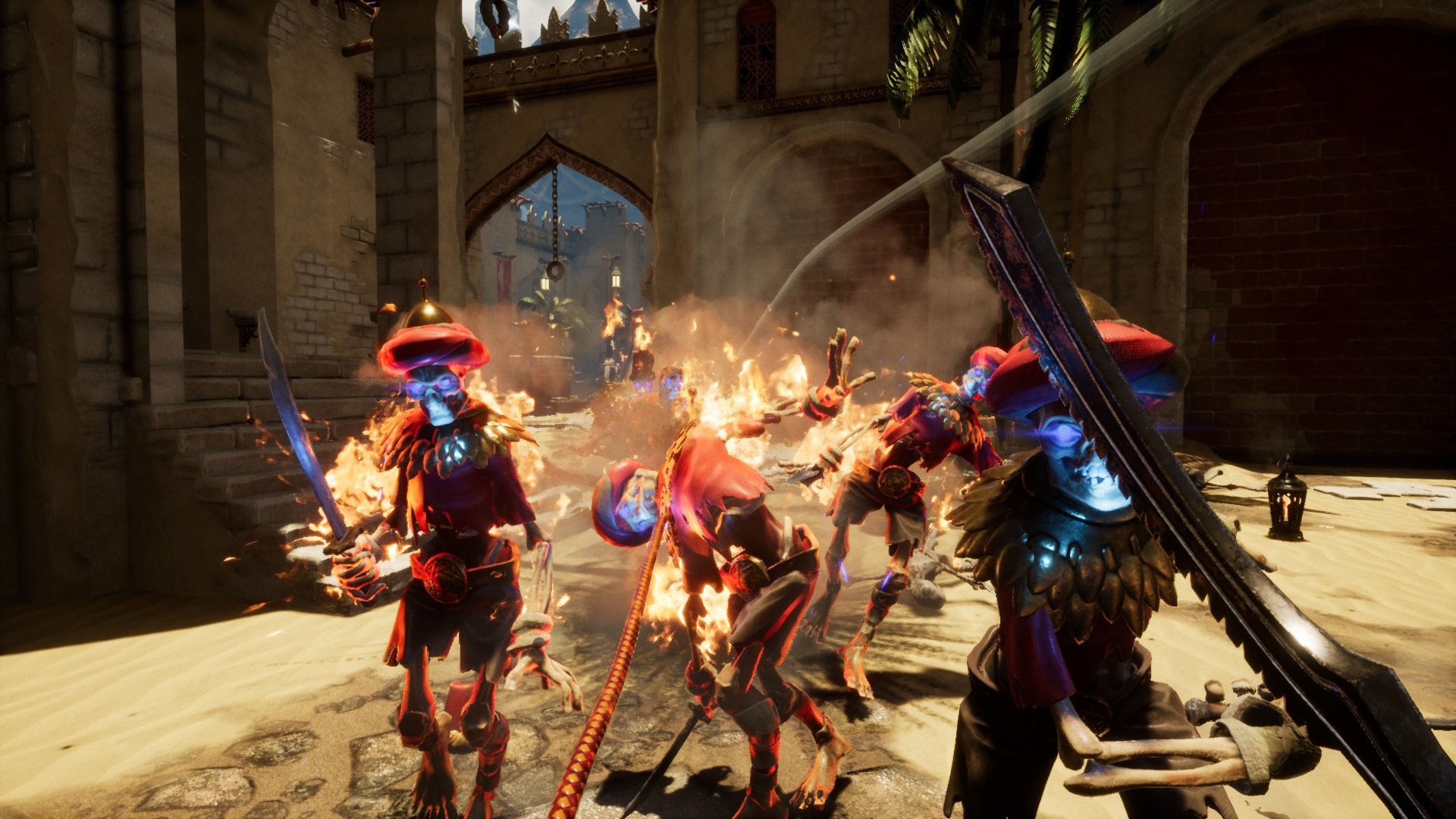 The creators of City of Brass at Uppercut Games are former BioShock developers, and it shows. The flow of combat using the whip and sword feels very similar to the one-two punch of plasmid and wrench combat. While the whip might be less versatile than BioShock‘s variety of Plasmid upgrades, it does a lot to keep things moving even outside of combat.

You can use your trusty whip to grab distant treasures, pull enemies into traps, and even traverse parts of the environment via grapple points. Its use in combat is contextual. Aim for an enemy’s weapon, and you’ll disarm them; go for the legs, and you’ll trip them. A typical body shot will merely stun your foe, giving you an opening to attack.

Enemy types don’t get much variance. You’ll mostly be squaring off against skeleton soldiers with varying degrees of armor and weapons. A few new enemies like bulky zombies appear later on, but they all succumb to a few swipes of your sword. 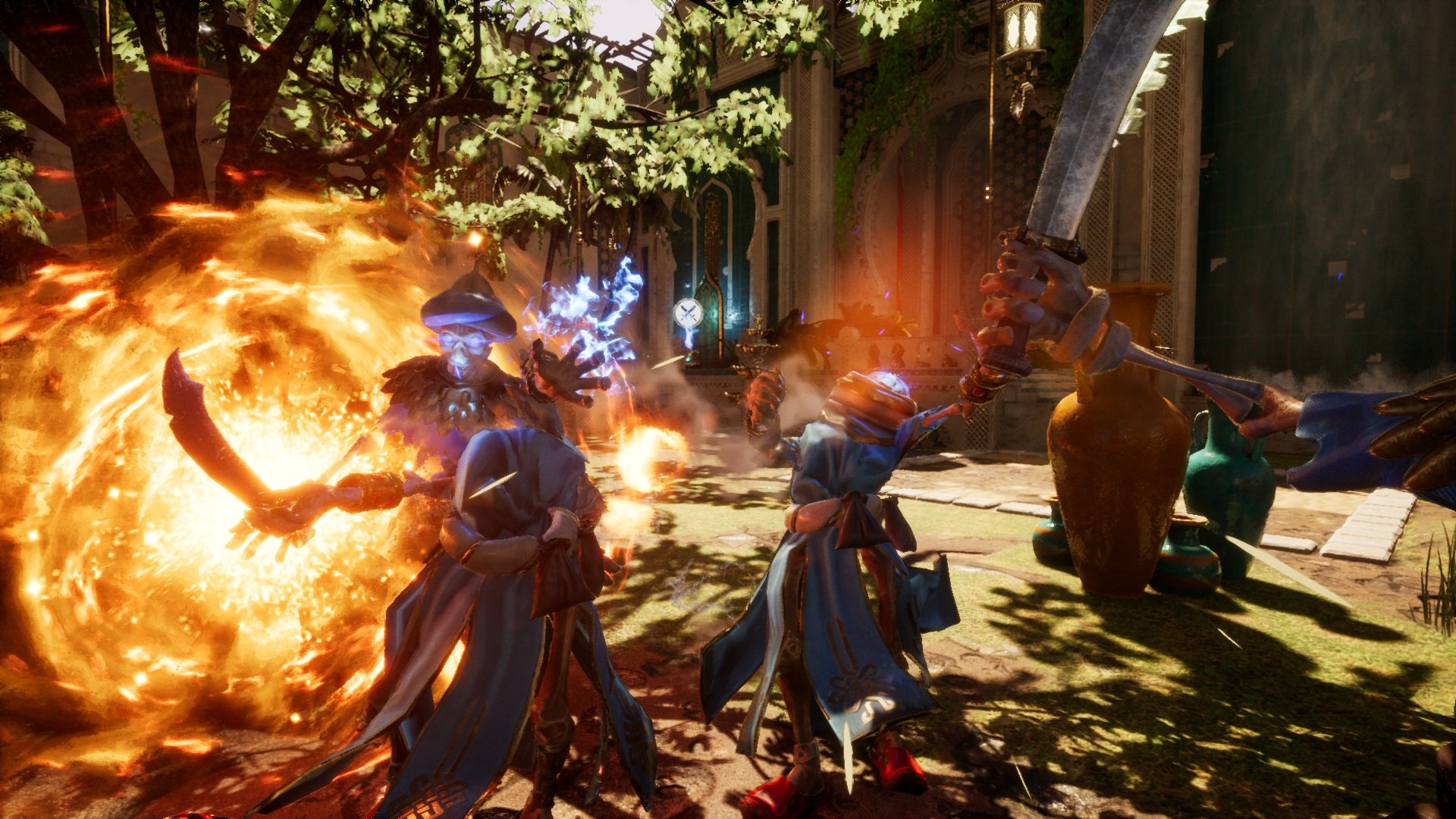 City of Brass‘ twelve levels are split across four districts, each ending in a boss fight. Every boss has a unique pattern and look, but I found myself wishing the developers had a bigger pool to choose from. Once you know how to shut down a boss, subsequent runs feel like you’re just going through the motions. Having these encounters chosen at random with the possibility of it being a new encounter would keep players on their toes.

Once you’ve beaten the boss of a district, you can use a wish to skip over that district at the start of a new run. This means jumping to the final district will expend all three of your wishes, leaving you vulnerable to enemy genies and preventing you from upgrading a shops offerings.

As you play, you’ll unlock different burdens and blessings in the main menu which allow you to affect the difficulty of City of Brass. You can give yourself more health or add more traps. You can make treasure more plentiful, or enemies more aggressive. It’s an interesting way to find a difficulty level that suits your play without using the standard easy, normal, and hard conventions. 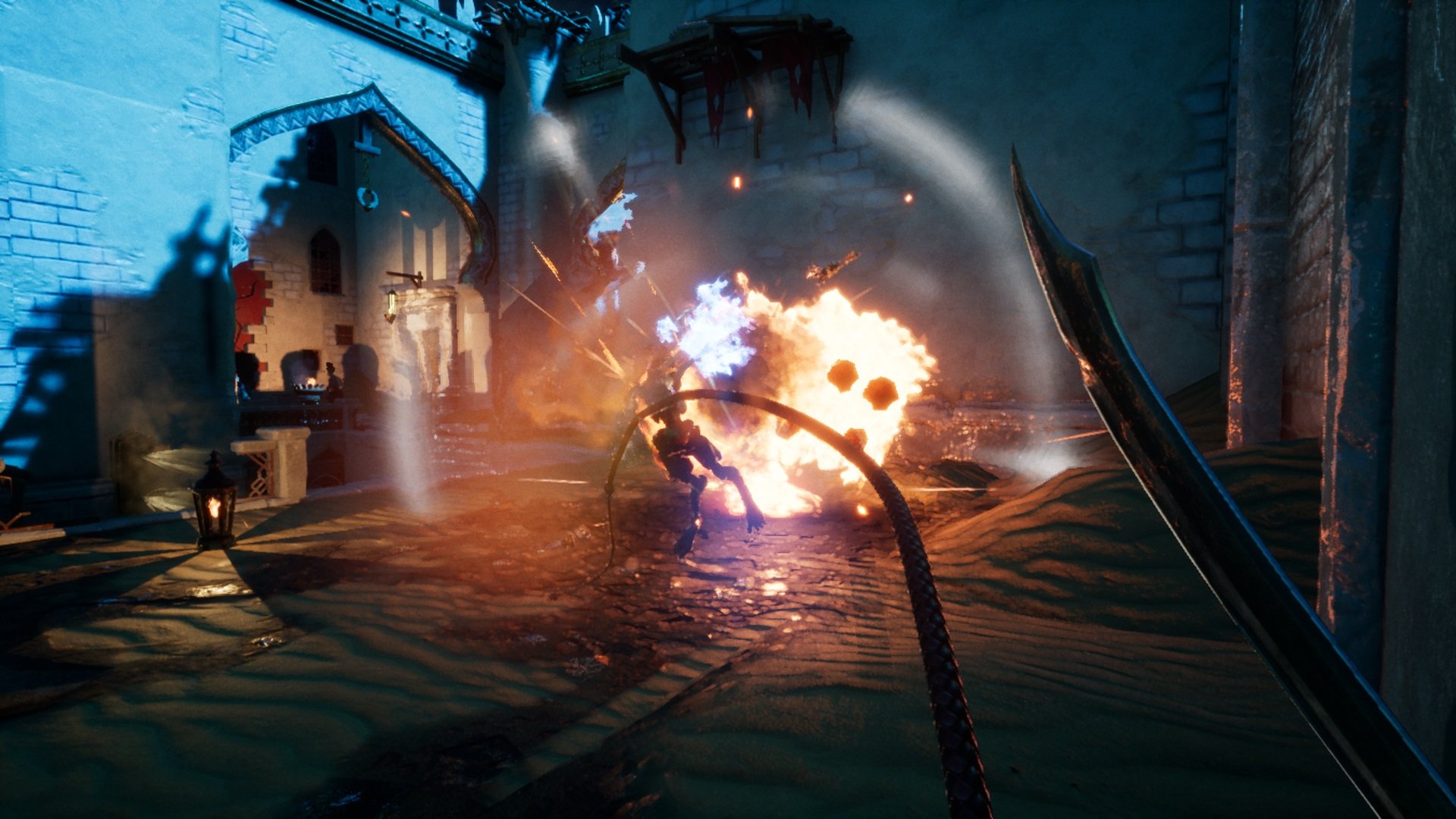 City of Brass is a fun time, but its limited enemy types and the similarity of appearance across the four districts makes things get stale rather quickly. The mechanics of the sword and whip combat feel amazing, and I find myself wishing Uppercut would’ve used this same theme and combat design for a more narrative-driven game. I’d love to see some puzzle design based around using the whip.

I love the look of City of Brass and its combat system, but after only about three hours I felt like I’d seen all it had to offer. It’s a great way to kill an afternoon, I just wish it would give me a reason to keep coming back.