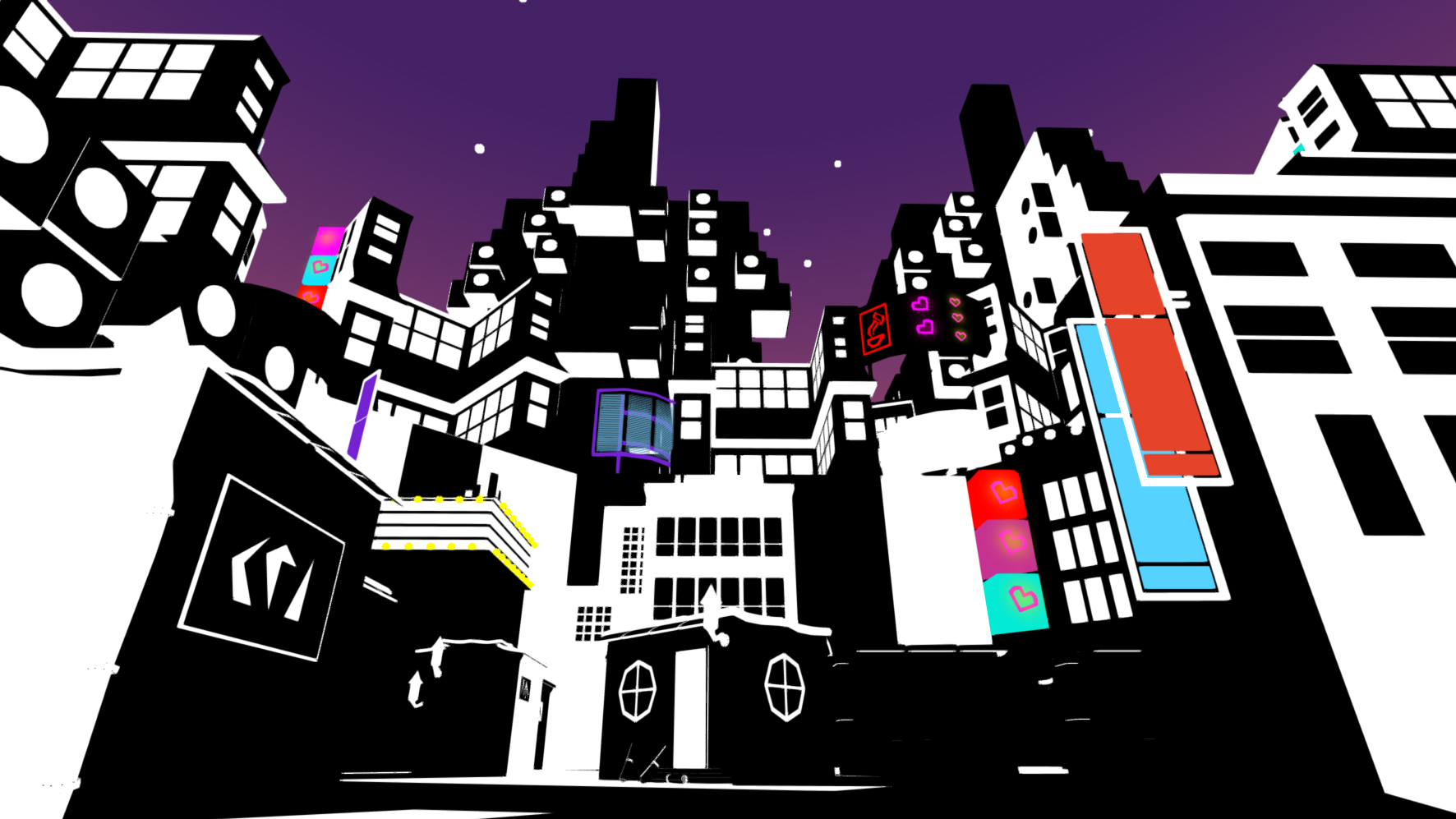 In recent years we’ve had a resurgence of arena combat games with new classics like Samurai Gunn, Nidhogg, and TowerFall. Forged by developers that grew up with Super Smash Bros., which opened the floodgates to all sorts of wacky projects like Onimusha Blade Warriors, the genre is seeing a resurgence by way of indie releases, and I couldn’t be happier. 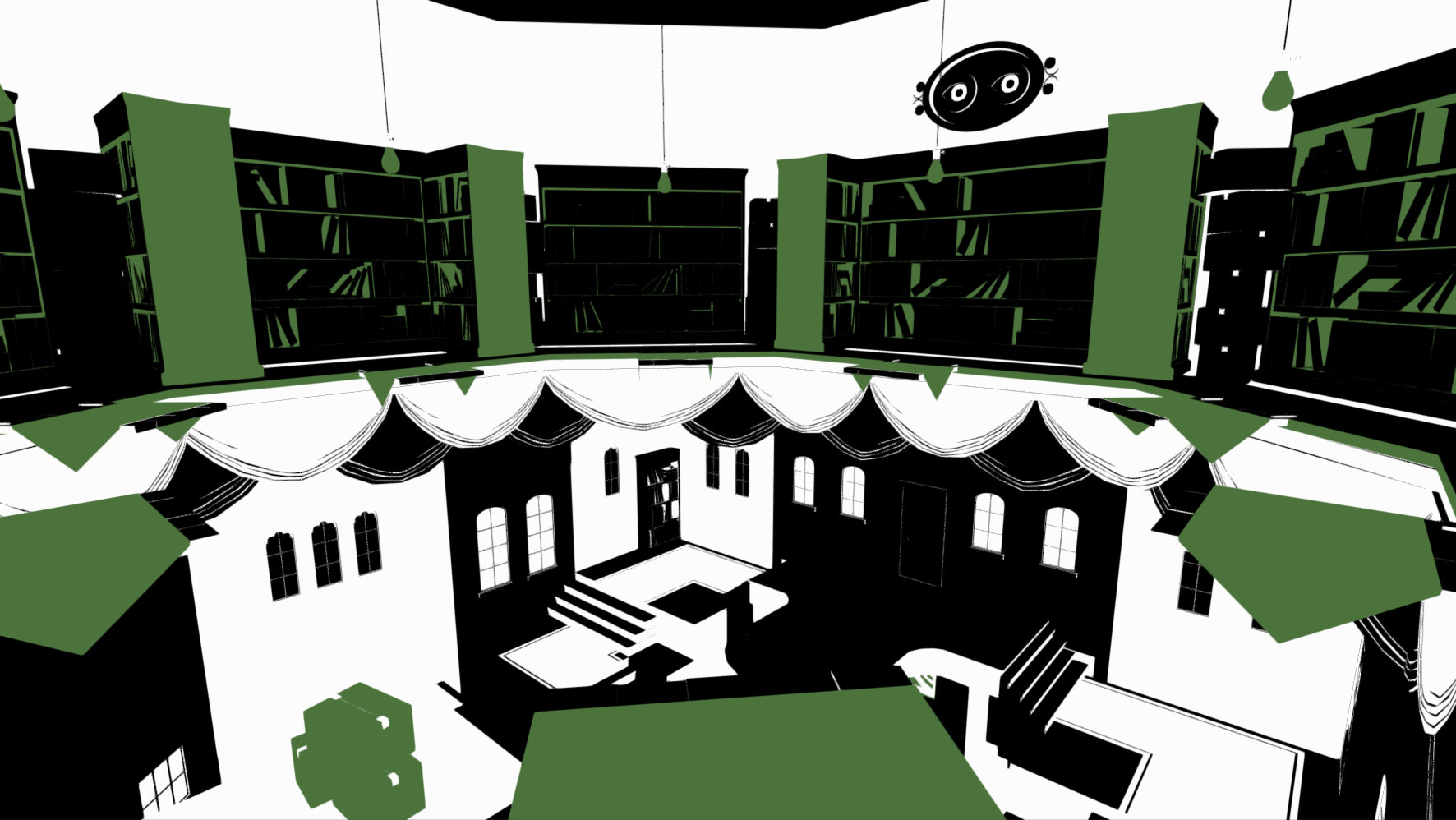 It’s important to know right away that Chambara is another one of those “no online, no bots available games.” If you absolutely abhor the idea of getting friends together on the couch to play something, walk away now.

Still here? Well that’s probably because the art style is drawing you in, and I don’t blame you. Armed with five different and distinct color schemes, one of the first things you’ll notice about the game is the unique visual style. And it’s not just for show, as avatars consist of solid color schemes, and often blend into the surroundings, adding an extra element of stealth to combat. A combat system, mind, that’s fun to play, with a fair set of rules for everyone. Outside of choosing a cosmetic hat, weapon, and body type at the start of a round, everything else is equal. Players can jump, trigger a melee attack, chuck a solitary throwing star (that must be retrieved), and dash (which can be used to air-dash).

There is one really interesting button that is linked to a rarely seen mechanic though, which doubles as an anti-screenwatching system. By pressing L2, you can squint your player character’s eyes in your first-person view, or shut them entirely. It’s something you can choose to not use at all, use sparingly when staging sneak attacks, or utilize all the time once you’ve gotten some practice in. Everything is fast, fun, and tactical, and I adore that each arena is clearly designed around the ability to wall-jump. There’s also something special about a limited projectile that you have to go grab after a whiff.

Ready for another caveat, though? This versus setup is all you get. There’s a fine-tuned versus gametype where you can set a playlist of levels with almost no options in tow and the aforementioned cosmetic trimmings, and a quickmatch mode that basically thrusts you into the action instantly. Beyond that there’s a brief, several-minute tutorial that runs down the basics and lets you seek out scarecrows in a “break the target” Super Smash Bros. fashion — which isn’t tracked or timed in any way. It’s a missed opportunity for sure, as TowerFall and others have made some concessions with just a few minor adjustments to facilitate some form of solo play, even if it’s transient.

There’s enough here to keep most people interested, so long as they have a steady stream of friends (or a roomate/significant other) to play with, whether it’s a one-on-one duel or up to a four-player battle royale. All nine arenas feel different from one another, and though I’d like to see more (perhaps more wacky locations, like a moon level with low gravity settings), I do like them all.

If all these caveats sound fine, I think you’ll like Chambara. Like many focused dueling games before it, it does one thing, and it does it pretty well.