If you’re even remotely interested in this game, this review is a huge waste of your time. It’s good. It’s very fucking good. You should just go ahead and buy it.

Celeste is one of those rare games where I knew it was special right off the bat. It’s a twitch platformer with a heart of gold, and it’s positively oozing charm out of its every orifice. 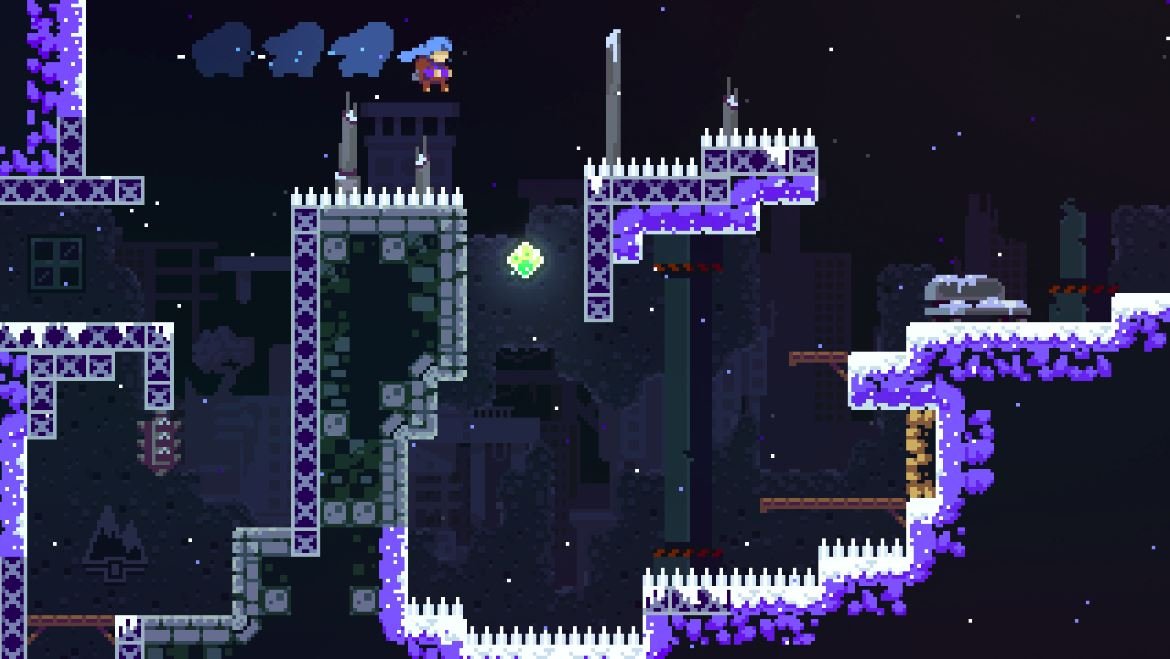 The story revolves around a young woman, Madeline, who decides to climb a mountain. It’s a tale about overcoming depression and anxiety, but it does so in a fun way where it’s unafraid to laugh at itself. Still, there are some surprisingly heavy thematic elements at play here, and I’d love to dive into details, but I think it’s something best experienced on your own. With Celeste, it’s all about the journey.

The controls are minimalism at its finest. Throughout the entirety of its roughly twelve-to-fifteen-hour playtime, you only have access to three abilities: jump, dash, and climb. Starting out, you can only dash once before you must plant your feet on solid ground again. Much like in Breath of the Wild, your climbing ability comes with a stamina meter, indicated by color changes on the character. Once the meter runs out, you’ll lose your footing and fall.

Despite this limited skillset, the game never stops throwing new ideas at the player. Each chapter revolves around a different environmental mechanic, which keeps gameplay exciting and interesting. Coupled with the ever-increasing difficulty, you’re never allowed to feel truly comfortable for long. The entire climb is one struggle after another.

This is a twitch platformer in the purest sense, and assuming you’re up for the challenge, it will test you. However, it also offers options so players of any skill level can get in on the fun. For most, I don’t see this as being necessary, but it’s a wonderful feature for those who need it.

The main storyline is difficult, but the B sides to each level, unlockable by finding hidden collectables throughout the campaign, are where the real challenge lies. These things don’t fuck around. They will break you but also offer a blood-pumping sense of accomplishment upon completion. I live for this kind of stuff. 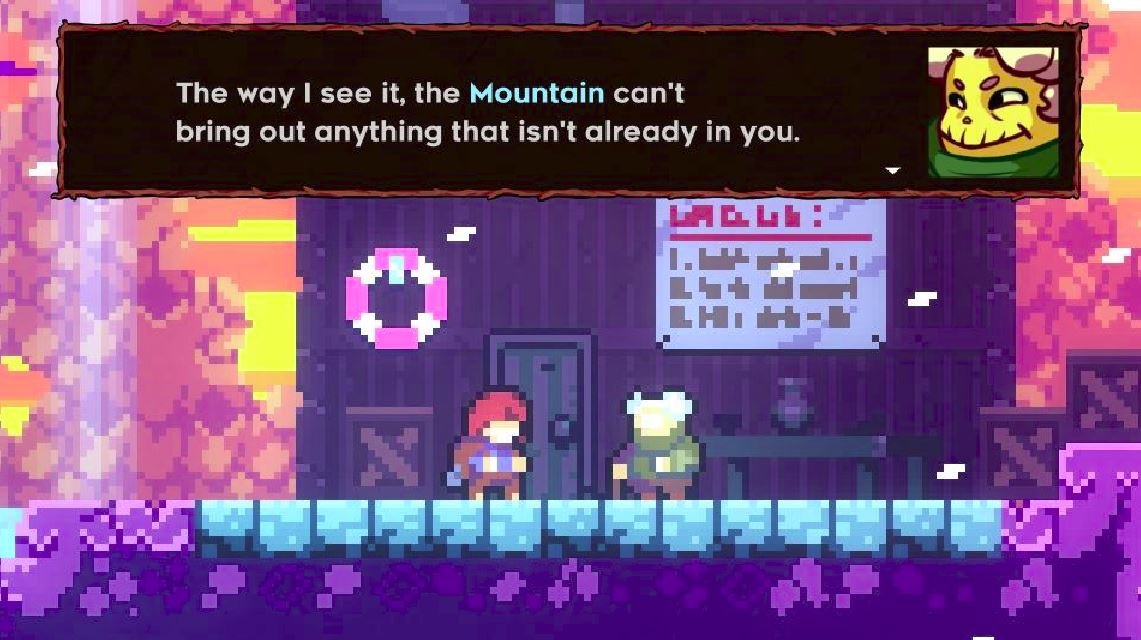 Celeste also features a plethora of speedrunning options, including leaderboards and optional timers which allow you to push yourself ever towards perfection. On top of that, there are hidden strawberries strewn across each chapter, and the struggle is so real if you want to capture each one. These two elements give the game a ridiculous amount of replay value for those who aim for 100% completion.

Then there’s that beautiful goddamn soundtrack. It’s never anything less than perfect. Lena Raine deserves an award for this. Even when it’s just subtle background, I found it hard not to notice its beauty, but there are times when it goes head-on into all out bangers too. I know she’s done work in the industry before, but this stuff is on a whole other level. 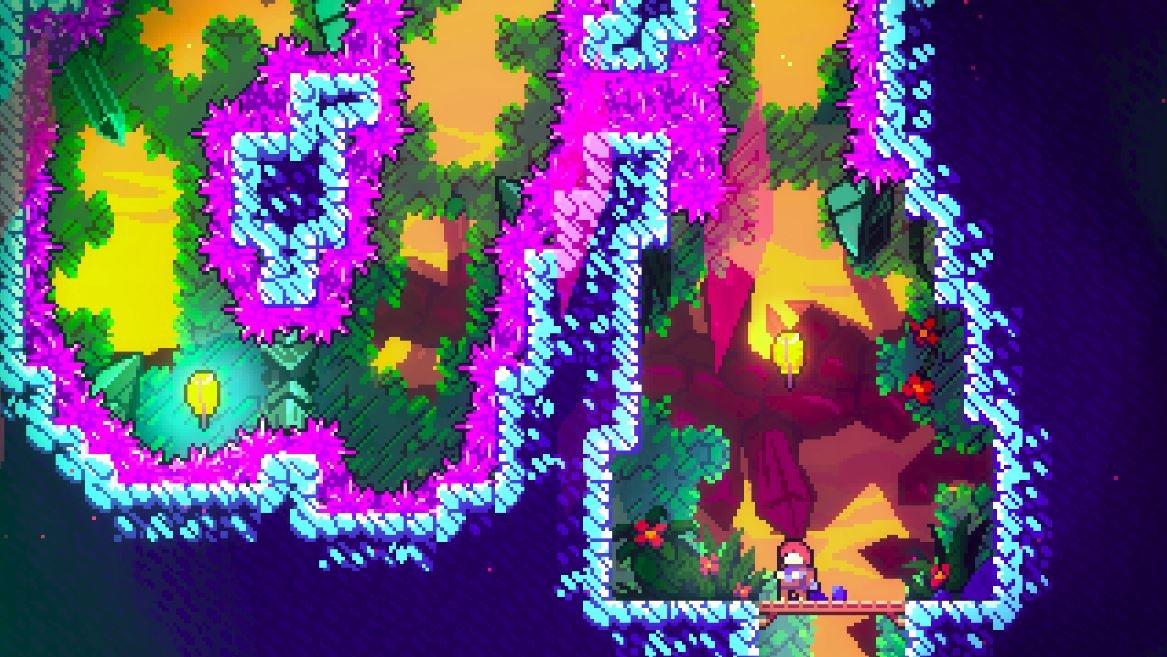 Celeste is the complete package. It builds on the foundations established by other heavyweights in the indie scene and sets a new standard for what I’d define as a modern “classic.” There are not enough words in the English language for me to properly describe just how much I love this game.

Its themes and mechanics effortlessly feed into the narrative in a way that left me downright floored. Everything is just so damn finely tuned to the point that I can’t help but think, “How the hell is anyone going to top this?”

For the first time in ages, I have absolutely nothing to complain about. Celeste was everything I’d hoped for and then some. I’m not saying this is the best video game I’ve ever played. It’s much too early to start declaring things like that. What I am saying is that this is an essential gaming experience. Everything this team set out to do they accomplished. If you have any love for indie games, you’re about to fall head over heels. These people have created something very close to perfection.