I went into CASE: Animatronics with an open mind. Yes, as a Steam Greenlight game featuring evil animatronics, there was some obvious cause for trepidation. That it would turn out to be a shameless copy cat, a thin experience riding another franchise’s coattails for a quick buck.

But, I wanted it to be cool. I liked the pitch of taking the familiar Five Nights at Freddy’s aesthetic and turning it into a proper first-person stealth survival horror game. A fully realized 3D environment where you weren’t stuck to a desk and could move around, explore, and run from the robots.

Someday, I’m going to learn to trust my instincts instead of my optimism. 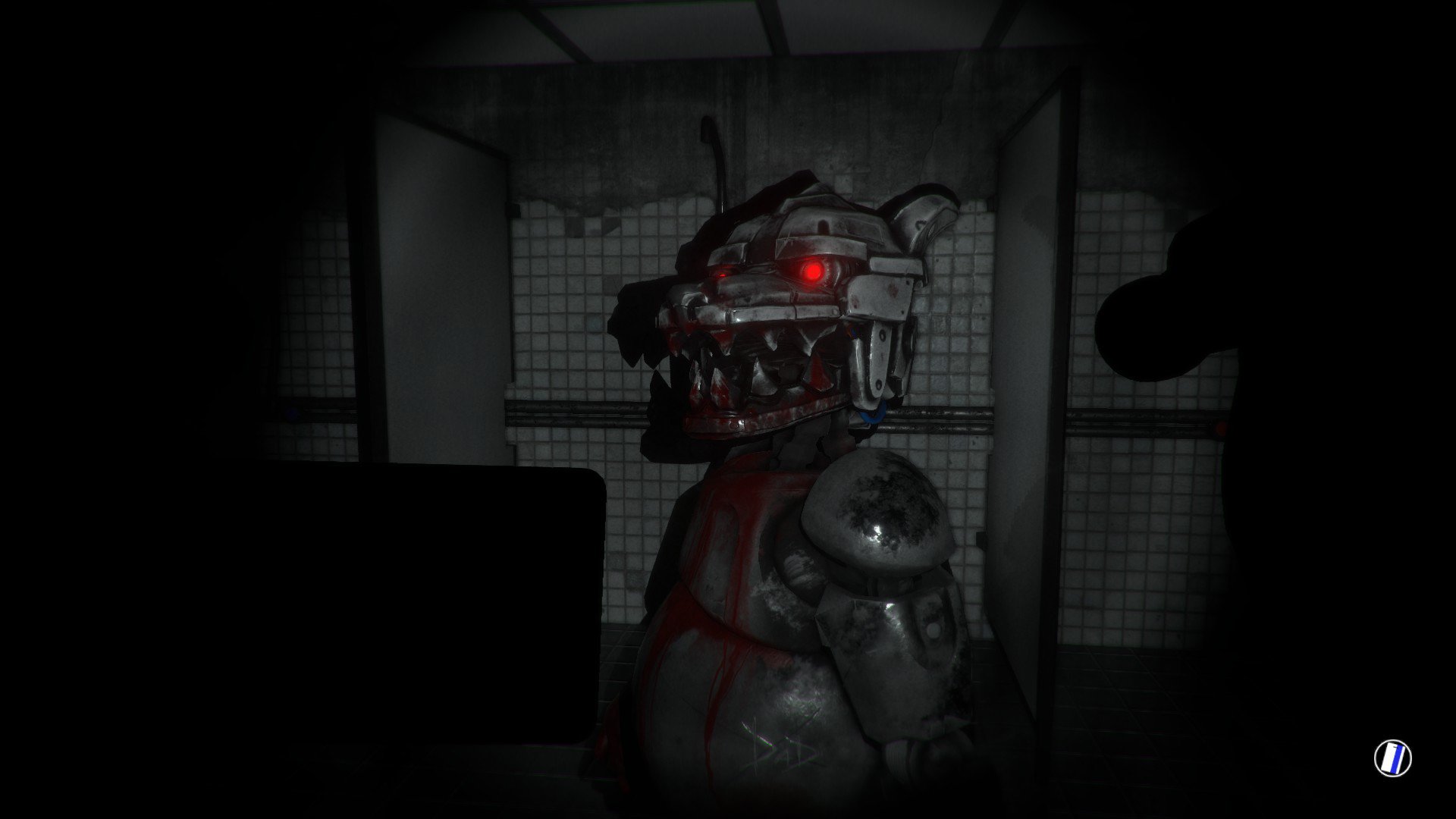 Stop me if you’ve heard this one before. It’s nighttime and you’re all alone. You’re trapped in a building that’s filthy with flesh eating animatronic mascots gone mad. The only information you have to work with is delivered to you by means of a cryptic one-way telephone conversation. All you have to defend yourself with is a network of security cameras and your ability to outwit your mechanical menaces.

Hey, don’t call it a rip-off. This time you’re a detective, not a security guard.

The basic premise of CASE: Animatronics will be immediately familiar to anyone with even a cursory knowledge of the Five Nights at Freddy’s series of games. The big selling point of CASE however is that unlike its direct inspiration, you’re not confined to a small security office. You can instead wander around the poorly rendered surroundings (which in this case happen to be an entirely empty police station), poke around for clues, and play cat-and-mouse with the animatronics to avoid the predictable jump scare murder animation they usher in.

Of course, CASE wouldn’t want to stray too far from the familiar formula, so you’re given a tablet that provides a Five Nights-esque system of security cameras to peep through. You can cart it around in your off-hand and watch it passively while exploring, or take a more detailed look by bringing it up to full screen with a press of the tab button. Or, as I like to call it, the suicide button. The button you use to call a robot directly to your location. The button you press when you’re tired of wandering and would rather watch the death animation again.

You also get a flash light. It blinks a lot. Spooky.

CASE doesn’t make much of its mobile freedom. There are a few basic puzzles to solve (with a dash of randomization to make them “interesting”), but mostly there is a whole lot of fruitlessly rifling through cabinets and looking in corners to find notes and keycards. It’s a scavenger hunt game that does nothing to make the goodies you’re looking for enticing.

The story in CASE (such as it is) is told through a series of notes that allude to a dark and tragic past, a possible conspiracy, the murder of a young woman named Emma, and a bunch of other crap I lost interest in. It’s all the intentionally vague mystery bullshit writers will crutch on when they want to seem deep and interesting but can’t put together a real narrative.

Maybe what pissed me off the most about CASE‘s paper-thin horror movie cliché plot is that it doesn’t even have the guts to commit to it. I won’t “spoil” it but one of the later notes found in the collection completely deflates the narrative by suddenly spinning it into a joke. Like a shitty teenager posing tough in front of his high school buddies, CASE pretends it never really cared in the first place as soon as any real expectation of an emotional or narrative payoff kicks in. 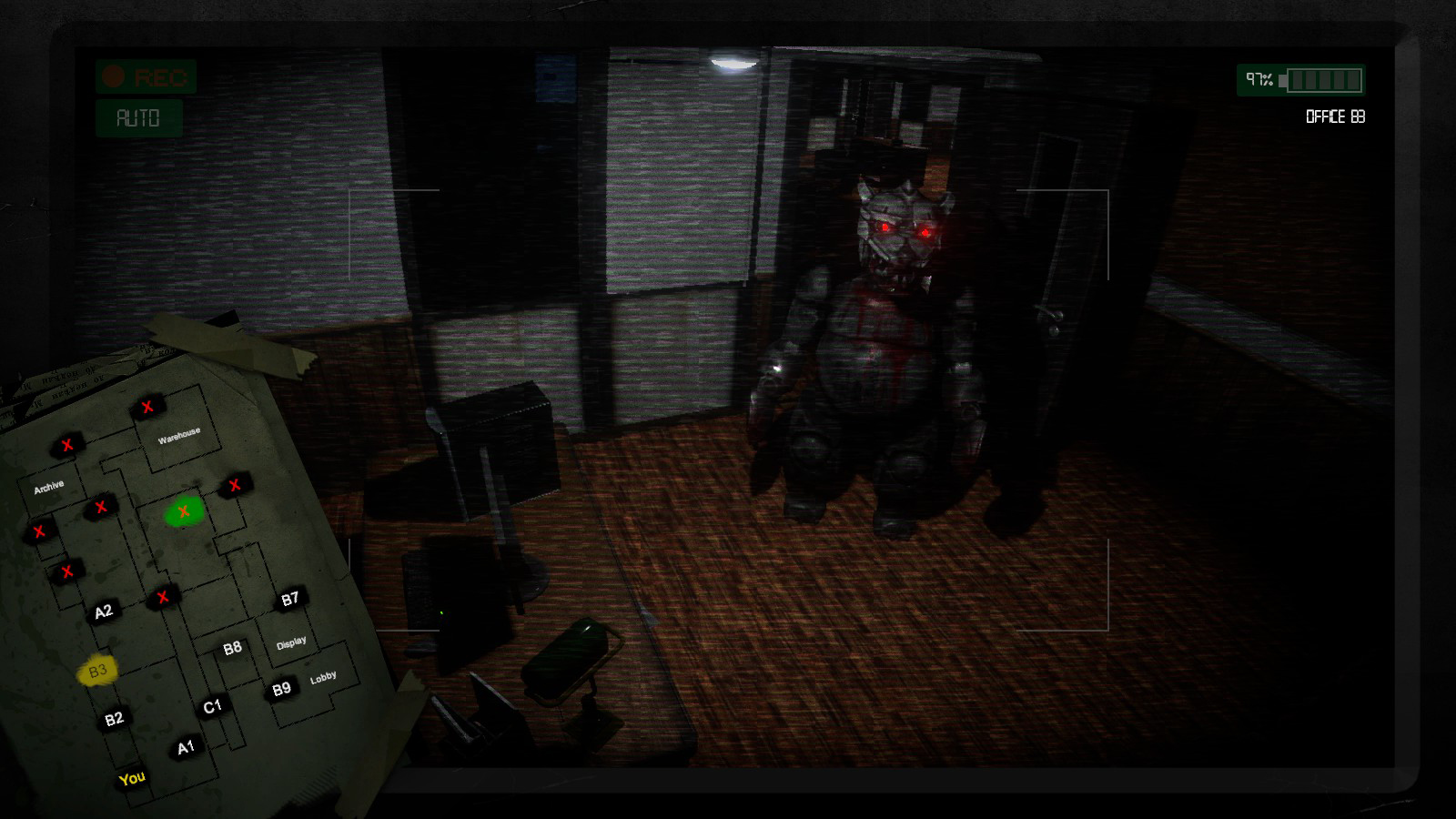 Playing hide-and-seek with the robots is not nearly as fun or interesting as it sounds. The robot’s AI oscillates between “blind hunk of junk” and “heat-seeking predator missile” seemingly at random. Sometimes a robot will materialize out of thin air and chase you down like a cheetah pouncing on a particularly fat antelope. Other times, one will bumble around a room while you politely wait in a corner for it to leave. There is no consistency.

The lack of consistency becomes a real sticking point when you consider how painful it is to die in CASE. For some reason, almost every checkpoint is placed directly in front of a lengthy exposition scene. Every time you die, you can look forward to having to listen to the same cliché phone conversations again and again. Unfair deaths combined with tedium make CASE an excruciatingly dull experience.

The stealth system is severely undercooked. While the sound design is actually pretty good, everything else is a mess. Elements you would think would affect your stealthiness seem to have no real effect. At one point, I huddled underneath a desk blinking my flashlight on and off with a robotic wolf standing not five feet away. He hung around for a few seconds before shuffling away without a worry. After that, I just left my light on all the time. Any potential tension of wandering in the dark completely evaporated. 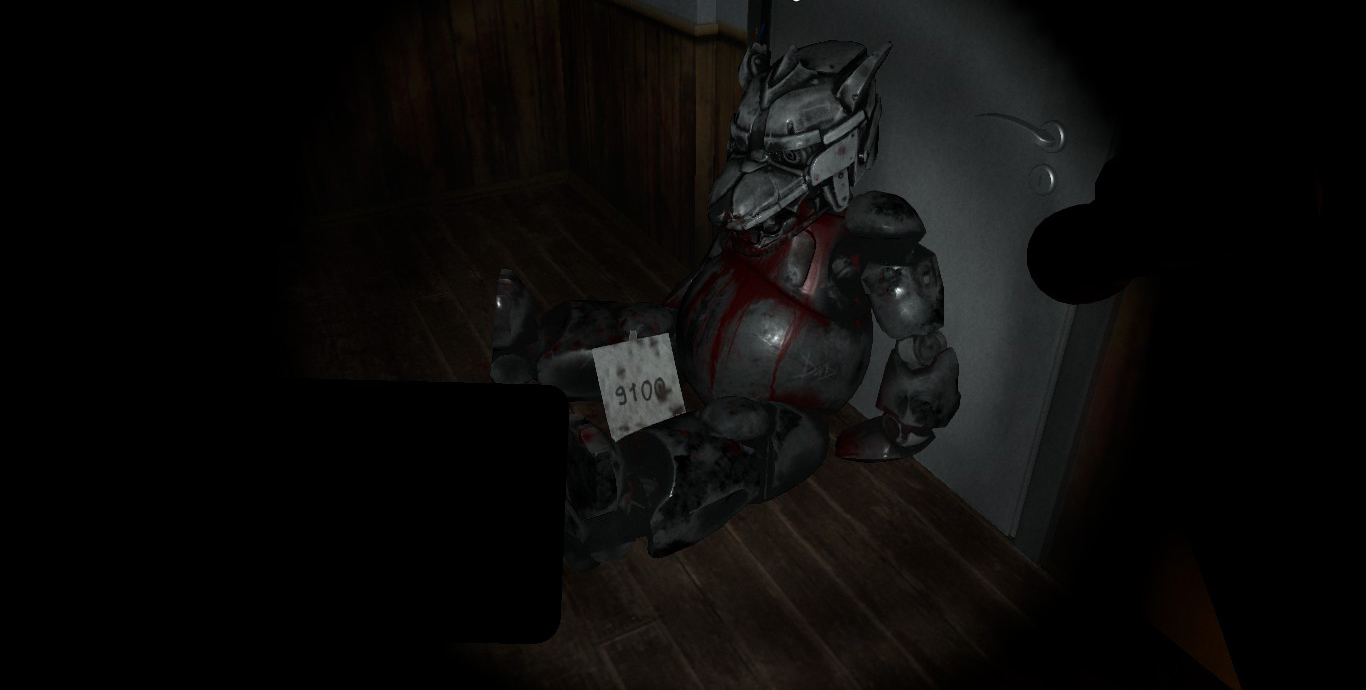 The tablet security monitor is unreliable at best. Mostly it just calls attention to all the times the game will randomly spawn a robot in an inopportune location to block you. It’s bizarre to look down a hallway that’s dominated by the silhouette of a hulking robot, while at the same time the monitor of the same hallway shows nothing. Chalk it up to spookiness, I suppose.

Of course CASE is aware that it is heavily inspired by the Five Nights series and includes some cheeky references to the franchise. Scattered in the notes are clumsy allusions to preparing the animatronics for their debut at a beloved “local pizzeria” and one of the three named characters in the game is called “Scott,” presumably in honor of the creator of the Five Nights brand.

I imagine this is intended to be fun. A kind of flirting with the series that obviously inspired the game. But it’s so ham-fisted and obvious that it doesn’t land right. It’s like CASE is winking across the bar at Five Nights, but is in such a drunken stupor that it doesn’t realize its fly is down and half its drink is dribbling down its chin. By morning, it will wake up in the quad with a bunch of dicks drawn on its face and a citation for public urination. 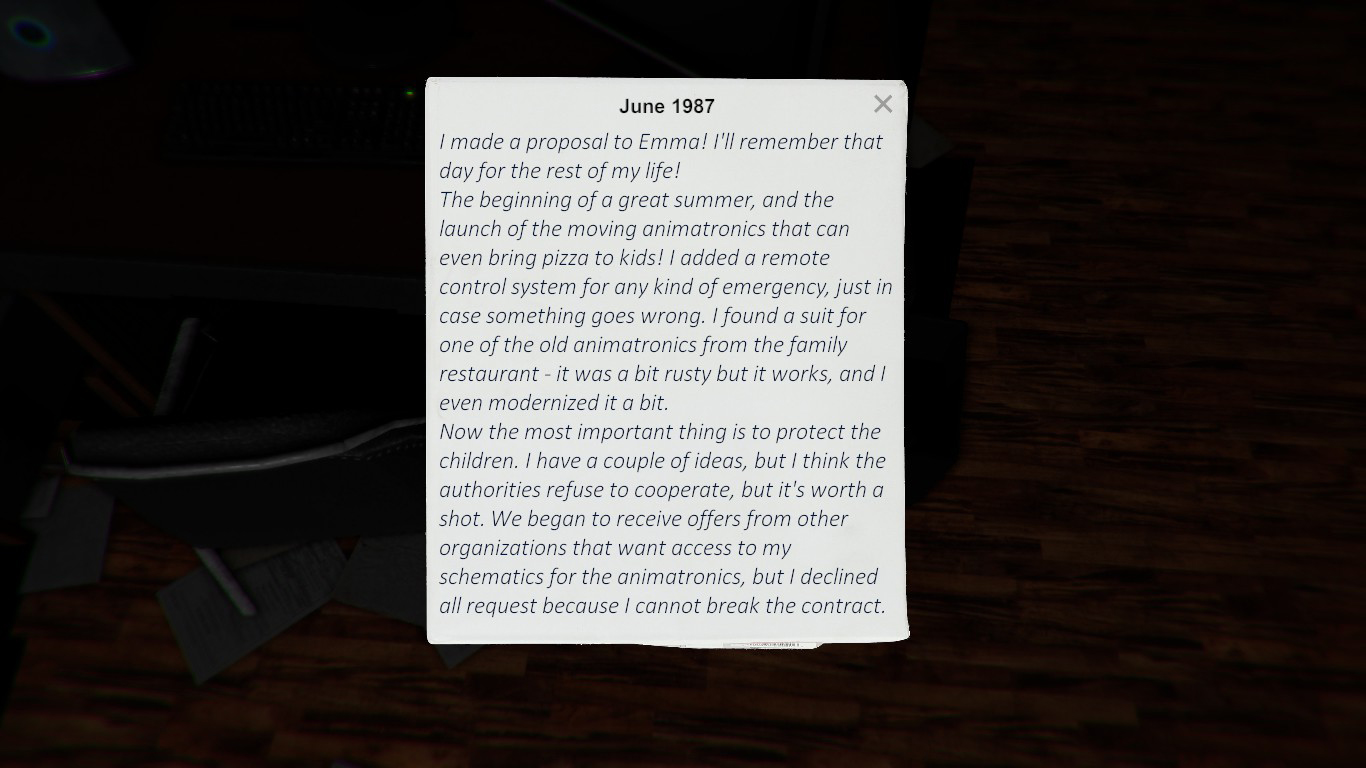 There are bugs aplenty. Robots traveling through walls, random bits of Russian text that pop up in one of the puzzles, and I experienced a hard lock-up in my short time with the game. There are also pointless clichés and lame attempts at unearned scares. At one point I was ambushed by a 2D sprite of a ghost girl straight out of an early 2000s J-horror movie. Her presence was never explained or referenced again. In another standout moment, the game literally makes you wait out the clock for 10-or-so minutes while inducing some Amnesia inspired screen distortion. It tries so hard to ape the trappings of better horror games that it never stops to think about how to use them. Mercifully, CASE is staggeringly short.

Depending on your luck with the randomly placed key-cards and robot AI (whether you get the T-800 chasing after you or the Furby with one droopy eyelid that doesn’t blink anymore) it will take somewhere in the neighborhood of an hour or two. And when it ends, it ends. As soon as you escape the police station it goes straight into a white dissolve and a logo splash screen. No epilogue, no wrap up, not even a voice over.

You know what? That’s fine. A quick end is about the best that CASE: Animatronics could hope for.