A lot of people don’t even know that  Call of Duty: Black Ops is out on the Wii. Activision has done next to nothing to promote the Wii version. Still, I know that you, the discerning audience of Destructoid is aware of this “down-port”, and that some of you have even been looking forward to it.

I’ve been looking forward to it too, if not just to see how it compares to Black Ops on PC/PS3/360. Much to my surprise, the pre-release talk was for real; the game is pretty much the same on the Wii as it is on HD platforms. For that reason, I’m not going launch into a full re-review of the game. For the bulk of the details on Black Ops, check out our review of the PC version.

Hit the jump for the Wii specific pros and cons (and that all important review score). 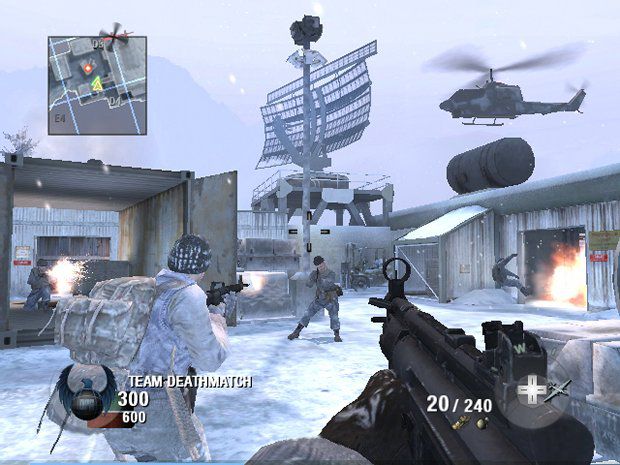 Like I already mentioned, Black Ops on the Wii is pretty much the same game as it is on other home consoles. The maps, the storyline, the multi-player, the co-op zombie mode, the promise of DLC, almost everything from the HD versions is here, all in glorious standard definition.

By standard, I really mean “the 3rd party Wii port standard, which is pretty much the same standard set by the a PS2 ten years ago. Sometimes it gets better than that, but most of the time, the game’s textures look sub-Gamecube in quality. There are also a lot of little details that were left out; flags don’t wave, leaves don’t sway in the wind, etc. With the Wii being over 4 years old, there’s really no excuse for 3rd parties to be churning out games like this. If you’re like me, then you don’t even expect to see anything better than this from a 3rd party on the Wii, and the visuals wont really bother you. Still, it’s worth noting that the Wii can do better than this. It’s a bummer that Activision didn’t bother. 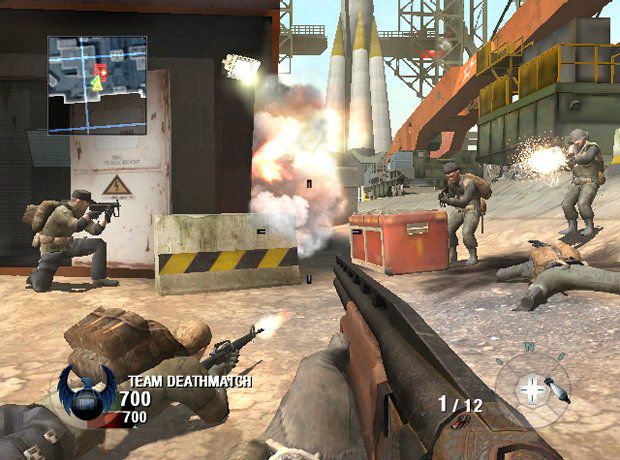 Besides the graphics, there are a few other things seem to be missing from this port. Maybe I just haven’t found a way to unlock them yet, but the Flamethrower attachment appears to be gone, various customization options (face paint and player cards) are missing, the JFK zombie mode is M.I.A., and the Dead Ops top-down shooter mode isn’t here either. It’s strange to see these things omitted, as none of them would have taken up a lot of memory or processing power. I have to wonder if the Wii version was rushed out without these features in order to make the game’s release date. It would be nice to see these modes and options hit later on as (preferably free) DLC.

As irritating as the unambitious visuals and missing details may be, this is still the only way to play Black Ops with pointer controls, as the PS3 version doesn’t have Move support. The controls are really responsive and accurate, regardless if you’re going for the Wii remote/nunchuck or the Wii Zapper. Sadly, the controls aren’t as freely customizable as they are in some other Wii FPS’s. There are bunch of pre-set control layouts, and that’s it. That didn’t bother me though. [UPDATE] (Somehow I totally missed the fact that the controls are in fact, totally customizable. Sorry guys! I feel like a moron. OK, back the the review as previously published). I never felt the need to customize the controls anyway. The game was easy to control from the start. I was popping off headshots and slitting enemy throats from the word go. 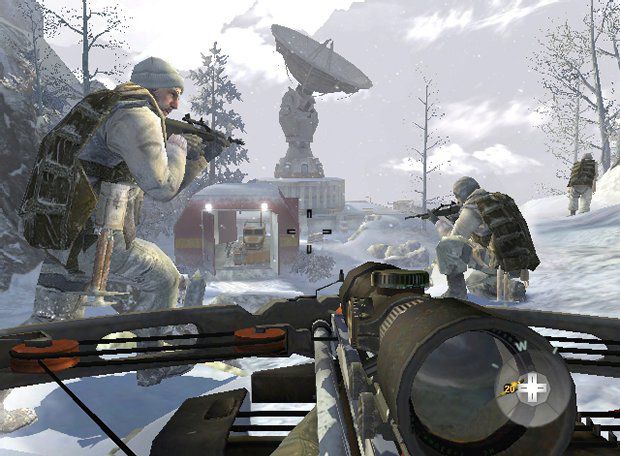 Another advantage to the Wii version is that so far, I’ve run into no problems getting online, and have experienced no lag, even with a wireless connection. Maybe this is because there are fewer people playing the Wii version, but compared the the 360 version of the game, Black Ops on the Wii has been noticeably better. I have been kicked out a few losing games, which caused my Wii to crash, but I blame that more on the people I was playing with than the game itself.

Bottom line — if you prefer playing First-person Shooters with pointer controls, and you don’t have a hang up about playing games that look they could run on the PS2, then this Wii port is the way to go. This is definitely not the version of the game that most pre-existing CoD fans want, but for those that are looking for a slightly cheaper starting point to the series, or if you just don’t like playing FPS’s with dual analog sticks, then this is the version of Black Ops that I would recommend.