Are you a bad enough dude to violate the Geneva Convention?

Time and again, media has utilized problematic real-life events and figures to carry its entertainment. Whether for comedic or dramatic purposes, movies, comics, books, and video games have taken recognizable personalities and world events and replicated them to offer a slice of “relatable” authenticity to their pulp fiction.

Hollywood has made a billion-dollar business out of setting fictional narratives against the backdrop of real-world atrocities, while satirical shows from Saturday Night Live to Animaniacs have lampooned political figures on every side of history’s global conflicts. Ultimately, truth and fiction will forever collide in the name of entertainment, it is up to us to remain focused on the former, once the dust has settled.

Presented for your consideration: Call of Duty: Black Ops Cold War, which raised eyebrows with its much-hyped inclusion of the staunchly conservative 40th President of the United States, Ronald Reagan. Those of an age will remember the utter terror of the 1980’s Cold War era, where daily obliteration felt a mere button push away. With world leaders such as Reagan, Thatcher, and Brezhnev in power, it was easy for the people – particularly minorities and the working class – to feel that life was dangling by a thread, utter destruction at the hands of both the right-wing media and aggressive, warring world leaders.

As such, it is understandable that some audiences might find distaste at Reagan’s inclusion in Cold War, as his party of war criminals gets its hands dirty in the name of freedom. But ultimately, Reagan’s (fleeting) appearance is no more damaging to us than any knuckle-headed movie about political furor. Black Ops Cold War – for all of its real-life news footage and chin-stroking pontification – might as well be set in fucking Narnia, such is its loose grip on history. Reagan here is a mere NPC, and is about as reverential as the Spitting Image puppet in Genesis’ Land of Confusion video.

As you chase down an escaping jet-liner with a radio-control car, pick your way unhindered through KGB headquarters, or fire a bow-and-arrow while zip-lining over a mountain pass, it seems fruitless to feel offense at Cold War‘s illusory take on the Reagan years. Now approaching its 20th year, Call of Duty is so utterly absorbed by its narrative that it’s essentially become its own fictional universe.

In a franchise that once had JFK fighting Nazi zombies, the shadow of an uncanny-valley Reagan and his gross, outdated sensibilities are powerless to hurt our modern, enlightened eyes. We know what’s right and what’s wrong, and the digital ghost of ’80s conservatism isn’t to be feared when we have enough of our own problems today. Besides, given the increasing ridiculousness of CoD‘s universe, they might as well have just used The Hamburglar, and the fit would have been equally as snug. 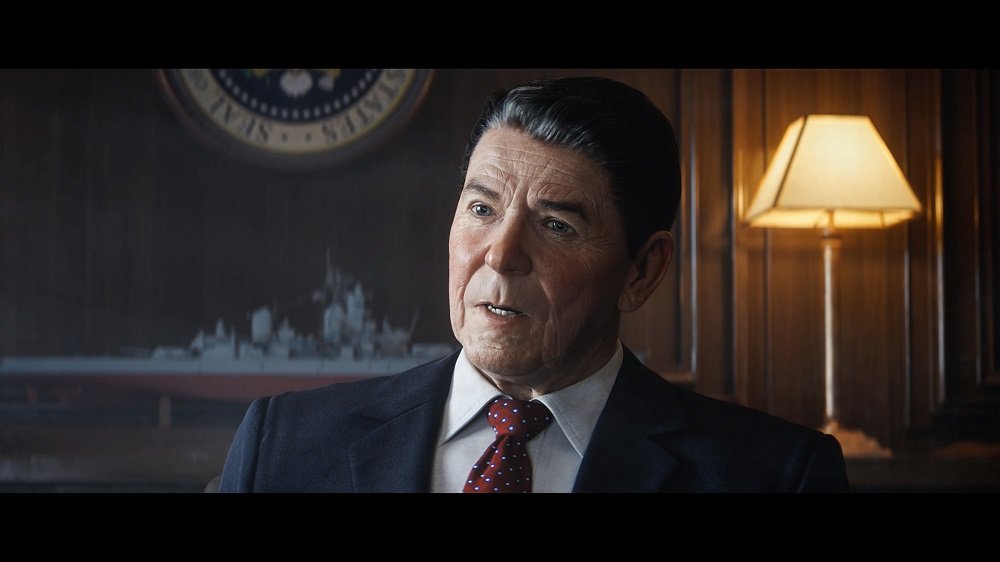 Call of Duty: Black Ops Cold War is the 17th release in Activision’s blockbuster shooter franchise and the fifth entry in the Black Ops side-series. Like its predecessors, Cold War consists of three distinct modes: Campaign, Multiplayer, and Zombies, offering players a lot of bang for their buck – which is especially welcome in this Brave New World of $70 price tags.

Cold War‘s campaign concerns the exploits of the CIA’s closed-door exercise squad – the team you send out to pick locks and slit throats when “Any Means Necessary” is stamped on the dossier. In the wake of the Tehran hostage crisis of 1981, and the inauguration of the jellybean-lovin’ Ronald Reagan, the new Commander-in-Chief orders Black Ops to sweep up the individuals behind the hostage crisis, a mission that inadvertently leads to the rediscovery of a dangerous double-agent, known only as “Perseus.”

With Perseus on the loose and the minor inconvenience of a missing nuclear warhead, our cloak-and-dagger outfit – led by world-weary CIA agent Russell Adler – embarks on a globe-trotting mission of espionage and murder, desperate to find the elements presenting a Clear and Present Danger to the free world. The player takes control of custom protagonist “Bell,” teaming up with a new cast of agents as well as series regulars Alex Mason and Frank Woods – not the only familiar faces who will pop up over the course of the campaign’s six-hour run time.

Written by David S. Goyer of The Dark Knight trilogy, Cold War‘s tale of mystery AND mayhem is highly engaging, if utterly fanciful. The highlight is a handful of spy missions, featuring all the stealth, secret meetings, code-words, and betrayals expected of the genre. A nerve-jangling creep through East Germany and a Hitman-style mission within the KGB offer new takes on the typical CoD experience, even if these cool moments are rudely interrupted by the bombastic set-pieces that are the franchise’s trademark. I’d hoped for much more of the Tinker, Tailor… deal, which promises to reinvent the franchise entirely, but – at the very least – what we do get is enthralling.

As with previous Black Ops titles, player choice, evidence gathering, and side-missions form an important distraction. Attention to detail will be tested in basic puzzle sequences and life-or-death decision-making. This results in a “Sliding Doors” scenario, deciding the fate of several characters with whom I developed a genuine fondness for, despite them being a gang of morally-bankrupt, state-sponsored murderers. The player-choice mechanic works well enough to encourage multiple replays, even if it isn’t implemented quite as cleverly as it was in 2012’s Black Ops II.

I’ve always preferred the more psychological, character-driven narratives of Black Ops to the mainline Modern Warfare releases, and Cold War provides one of the most intriguing campaigns to date. Though mired in franchise tropes, it’s still an exciting tale, offering something a little more emotionally investing than your standard desert storm affair. We also get to hear Pat Benatar, so… GOTY contender? 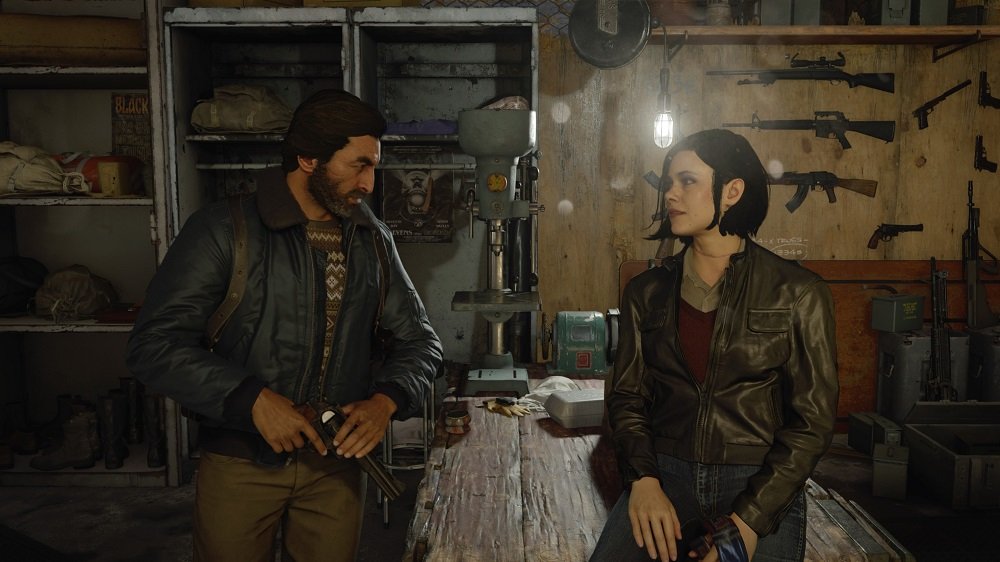 Call of Duty has perhaps never had as varied a multiplayer suite as that featured in Cold War. For many the true meat-and-potatoes of each release, Multiplayer has received a major “back to basics” overhaul, with stripped-down gameplay and incredibly fast-paced, arcade-style action. Whether playing classic modes such as Team Deathmatch or Kill Confirmed, or diving into newer additions such as the somewhat clumsy Combined Arms, Dirty Bomb, or the Poor Man’s Siege that is VIP Escort, the CoD faithful will find the action swift and punchy. On the negative side, Cold War‘s multiplayer is surprisingly slim on both maps and operators, and could use a content drop of both ASAP.

CoD multiplayer is in a very subjective place. Modern Warfare offers an intense, gadget-filled, tactical experience, Warzone is the money-hoarding battle royale service title, while Cold War gives players fast and furious action with an arsenal of classic weapons and a “lone wolf” mentality. With these three very distinct experiences on offer (and only so many grinding hours in the day), CoD players might be forced to pick their poison, which risks slimming down each titles’ respective player base.

Personally, I think Cold War‘s multiplayer is one of the best Call of Duty multiplayer experiences in years. But that said, I’ve already spoken with numerous other players who aren’t touching it, having confidently put all their eggs into Warzone‘s basket. As we enter 2021, it will be interesting to see how the CoD community evolves now that they are – essentially – spoiled for choice. Regardless, Cold War‘s list of multiplayer modes and aggressive map structure offers lightning-fast, old-school multiplayer action, far away from the jet-packs, laser guns, and parkour antics of its FPS brethren. 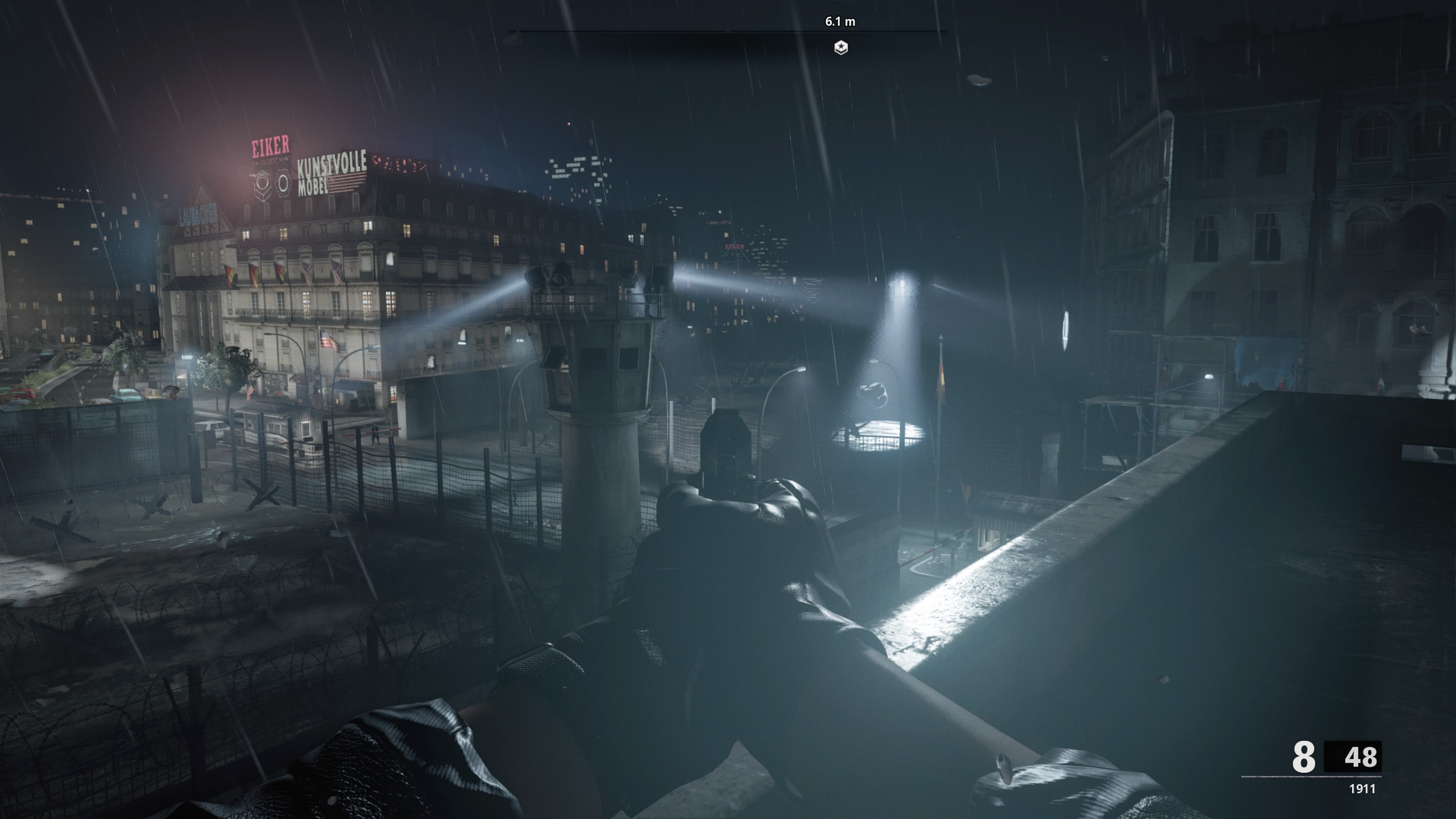 Zombies fans will no doubt be eager to dive into yet another deep-lore fantasy battle against the armies of The Undead Reich. Much like its multiplayer mode, Cold War‘s Zombies experience has also received a back-to-basics reset. The revitalized Die Maschine map offers the most open-plan locale in the mode’s history, with gameplay tweaked in favor of an aggressive implementation of power-ups, score bonuses, and weapon drops.

Teams of four players fight it out against increasingly stronger hordes of monsters in typical Zombies fashion, gathering cash to spend on improved weaponry, barricades, and equipment. Ammo is more plentiful, as are screen-clearing nukes, insta-kill buffs, and double point bonuses. For balance, the difficulty seems to have geared up, with the shambling undead tougher, harder-hitting, and more numerous than before. Fortunately, players are also allowed to bring in a very basic loadout, giving you and your squad of head-poppers a running start.

As the battle rages on, the map expands, unfolding a tale of an abandoned subterranean laboratory and the dimensional anomalies that lie within. Cold War Zombies isn’t quite as creative from a lore standpoint as Black Ops 4‘s time-hopping shenanigans (perhaps the “split-dimension” storyline is merely an excuse to show off the power of SSD technology), but Zombies’ typical pace and panic are retained. It’s a helluva lot of fun, and if you’ve never bothered to check out CoD’s Left 4 Dead action, then Cold War‘s Zombies seems like an excellent place to cut your teeth, if you’ll pardon the expression. 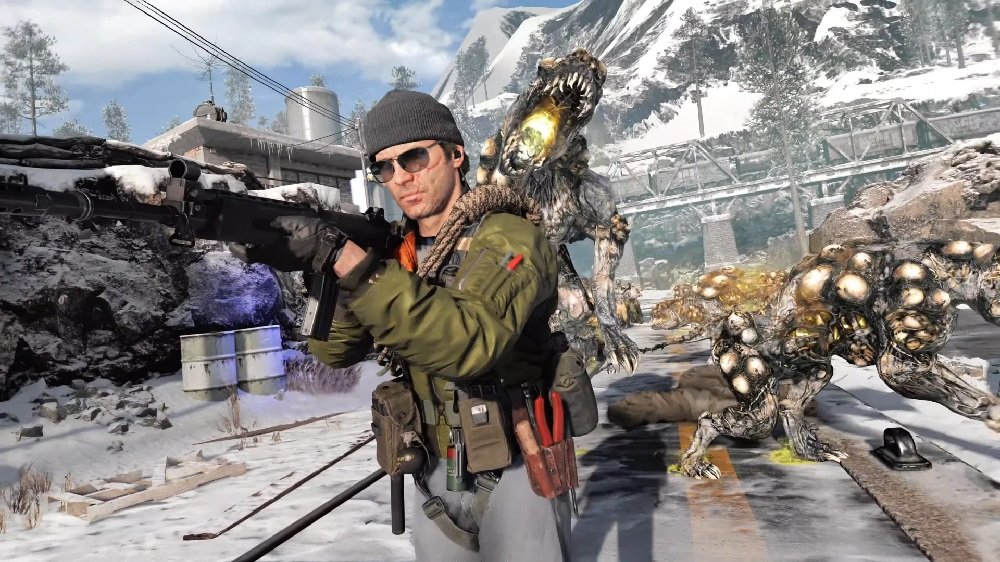 As we enter a whole new generation of gaming, Call of Duty: Black Ops Cold War demonstrates that there’s life in the old dog yet. With the powerful technology of modern platforms under the hood, Call of Duty is poised to secure its standing in the FPS market for years to come. Ironically, its only true adversity comes from within – in both the franchise’s frustrating adherence to its own tropes, and the internal competition provided by sister title Warzone, the latter of which could steal CoD‘s multiplayer community away from itself.

While Activision’s blockbuster franchise does little to reinvent itself the fact remains that Call of Duty delivers exciting, feature-packed, glossy video games year-on-year, occasionally tip-toeing down new paths and discovering unique ways to present its realistically-unrealistic universe. In this example, Cold War‘s nervy, undercover escapade offers a tantalizing look at what might be, should the franchise ever break off its dogged love affair with Michael Bay-style action sequences.

From its shadowy story campaign to its frantic multiplayer action, Call of Duty: Black Ops Cold War offers the thrilling and magnetic gameplay expected of the series, shined up with solid character models, impressive vistas, and sharp visual effects. While there’s undeniably room for improvement regarding innovation, Black Ops Cold War gets Call of Duty‘s third generation off to a strong start.