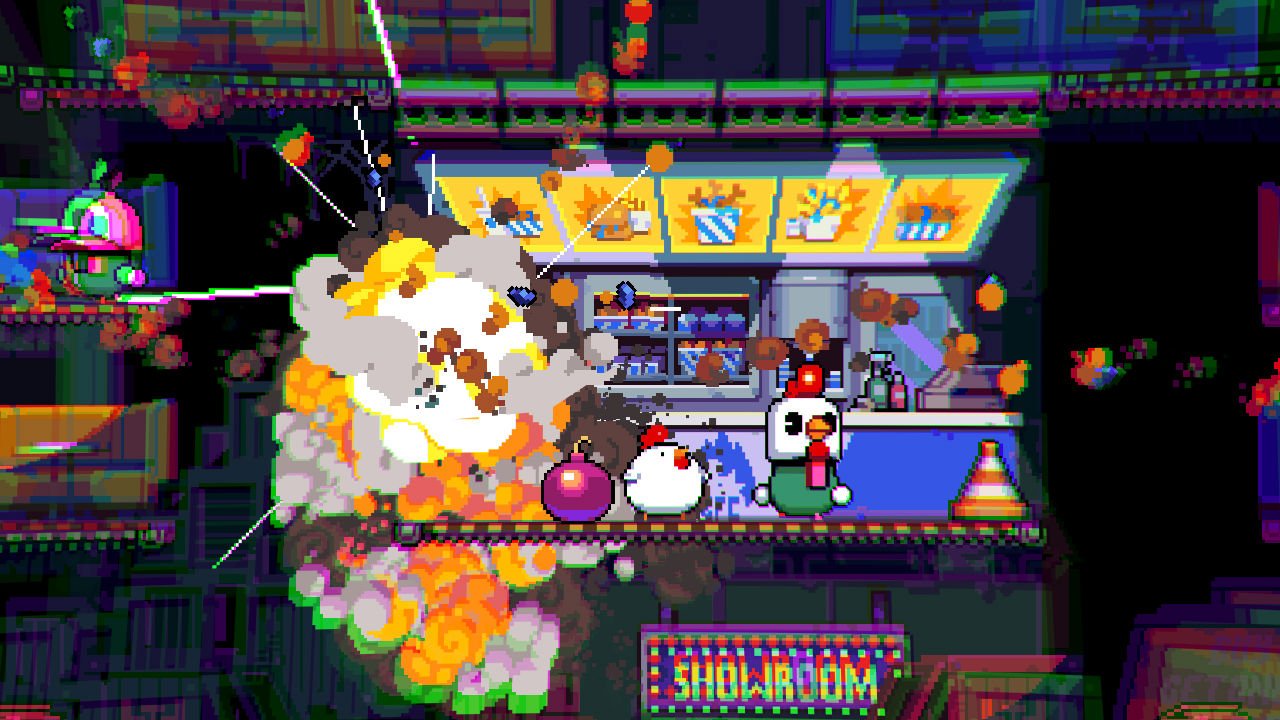 When I tell people that a large reason why I went vegetarian two years ago is because of chickens, most of them gasp in disbelief. “But they’re mean and taste delicious” is usually the response. I get it. I love them and want to own some one day, but I get it.

I definitely wouldn’t want to buy a chicken that poops explosive devices, but I’ll play Bomb Chicken all day long. 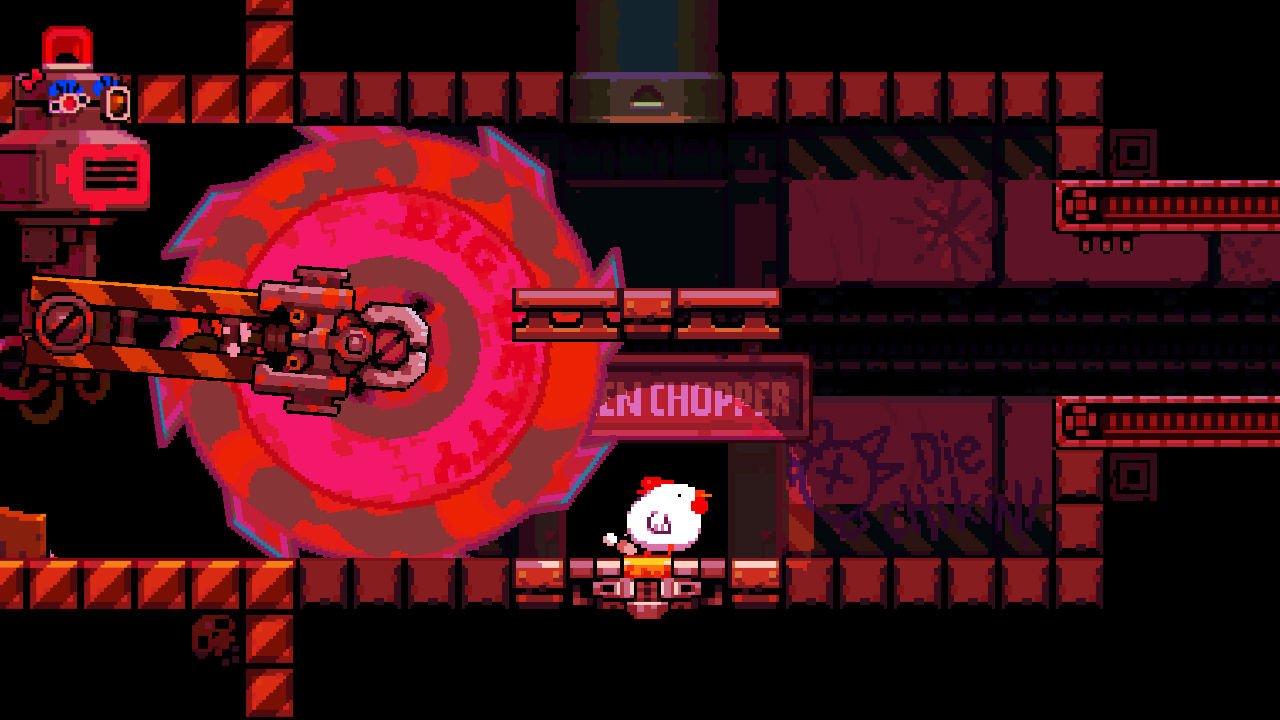 I’ve been following Nitrome for a while in the mobile circuit, and let me just say their stuff is fantastic. Their signature art style is captivating and practical, and they follow that same principle with Bomb Chicken.

In this game you play a chicken blessed with spiritual powers that poops bombs and is hell bent on getting revenge on the humans that cook his own kind. It’s a hell of an elevator pitch and one that hasn’t been used a whole lot since Oddworld. Most of the mechanics are based around said pooping, a level-based arcade framework, and hearts that denote lives. It’s that simple.

The God Chicken can poop upward to get some vertical momentum or slam bombs horizontally, smashing them into enemies, switches, or hazards. You can poop indefinitely, and “jumping” basically involves creating columns and falling with style (enemies can also offer a helpful hop). Easy right? It really opens up when you start effortlessly creating columns and moving along. So does the level design as it shifts from mostly linear challenge rooms to more open, but tempered labyrinths. Boss fights, which can range from traditional encounters to runner-like “escape the meat grinder” affairs, are engaging, quick, and fun.

What’s really great is that Bomb Chicken doesn’t take long to click. You start to figure out all the formulas for leaping across gaps: a floor spike needs at least two bombs to hop over, but no more than two if there’s a low ceiling, micro-calculations like that. It’s the type of quick arcadey flow that lends itself to both survival and speedrunning.

If you want you can collect gems to up your heart count, or not. It’s such a small thing, but I love that if you do happen to get a game over you don’t need to collect all of a level’s gems again. There’s also a sort of “accident forgiveness” for dying on the first screen that doesn’t steal a life away. More games need this!

Bomb Chicken kind of came out of nowhere, and I completely lost track of time after my first session with it. It’s good clean arcade fun with a cute mascot — a perfect fit on Switch.