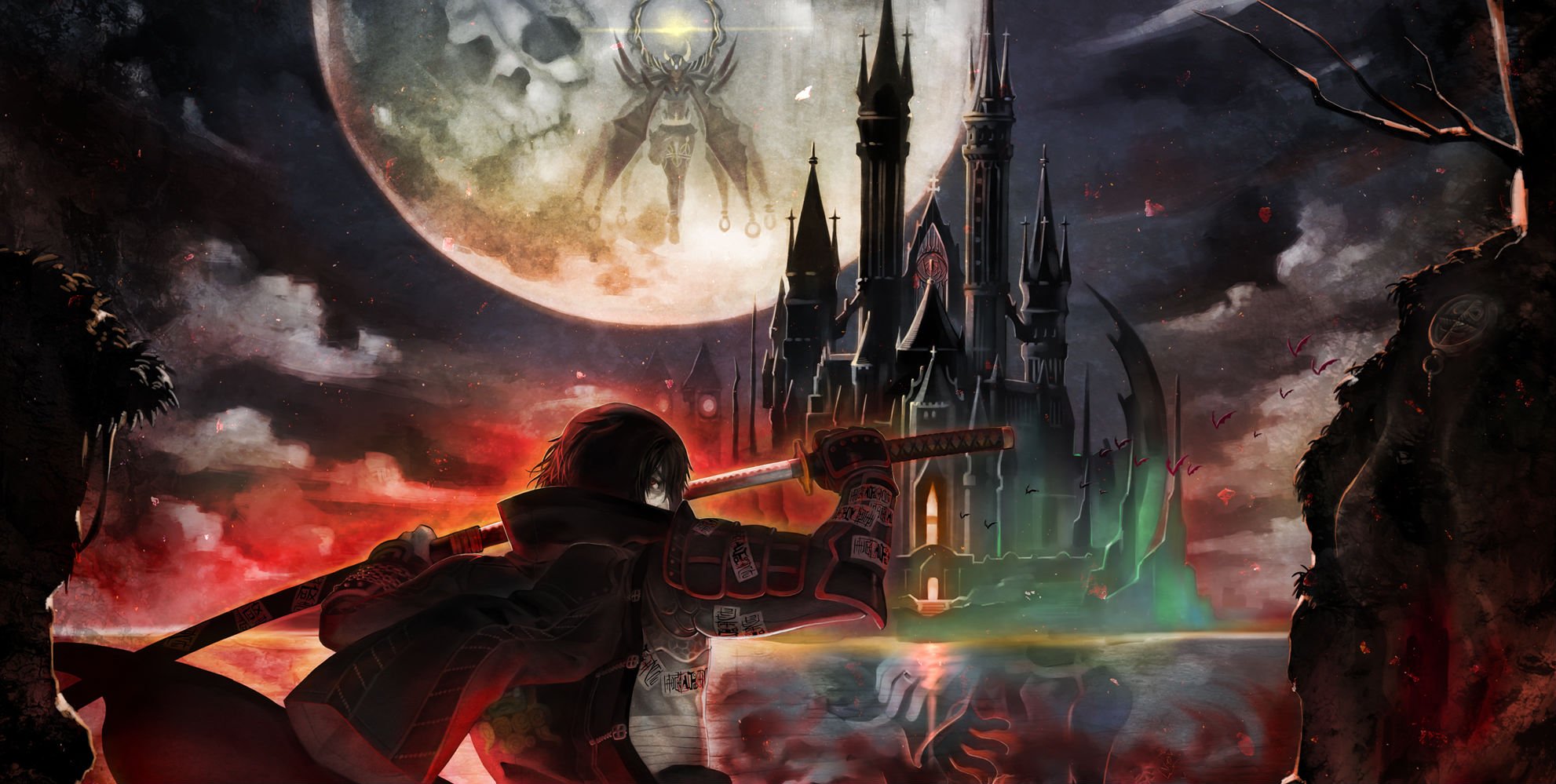 Inti Creates knows their way around platformers. I know I’ve sung their praises many times before, but they just aren’t in the pantheon of super-stardom that they deserve. This is a team who’s been perfecting the genre for 20 years, dating all the way back to the famed Mega Man Zero franchise.

We’ve seen their modern takes on Mega Man many times over, including Mighty and Azure Striker Gunvolt. Now they’re trying their hand at Castlevania.

In case you’ve been living under a rock and missed one of the biggest crowdfunding projects of all time, Castlevania producer Koji Igarashi decided to make his own version of the classic series becaused Konami wasn’t going to. Thus, Bloodstained: Ritual of the Night was born, which was Kickstarted in 2015 and is set to debut later this year. But what’s this? Tucked away in the stretch goals was a little retro bonus game that could, free for backers and 10 bucks for everyone else. That game is Bloodstained: Curse of the Moon.

More so than any other Castlevania, Curse of the Moon pays homage to the ever-popular speedrun classic Castlevania III. Character swapping is the main gimmick, allowing players to change between the core hero of Zangetsu the demon slayer and three other archetypes. Just so you’re aware this is not a “Metroidvania” as there’s very little exploration involved, just the occasional side path (think Mega Man 6). Swapping is near instantaneous, with a slight snazzy time stop to facilitate the exchange. It’s the perfect amount of time as it doesn’t make changing out annoying and allows for some really impressive plays, especially during more intense sections.

It’s crazy just how close Inti Creates gets to the source material in some cases, even crafting a near exact amalgam of a few designs like the memorable Bone Pillar. Then there’s originals, like a clam plant that has an angry succubus inside — as usual, Inti crams a lot of detail into this old school style. That picture above with the chandelier? It’s on a moving train, with said setpiece swaying back and forth. Boss fights similarly are gorgeous looking and busy, which works to both its benefit and detriment.

What I loved about the original Castlevania bosses is how pointed they were — which in turn made them more memorable. Perhaps the mindset is that with hundreds of platformers under history’s belt at this point that approach would be boring, but by not following that archetype these foes feel a little less unique. I do however admire their desperation attacks, an attempt at one last troll before they die, something Inti Creates uses frequently in their work as a sort of sly trademark. You can relive these moments after you’re done (which took me roughly an hour) with a tougher difficulty setting and a boss rush mode.

Bloodstained: Curse of the Moon keeps the lifeblood of the Castlevania series pumping with a condensed, and appropriately retro homage. It might not blaze the trail on anything new like a few other recent Inti Creates projects have, but it does exactly what it needs to do, and helps bolster the new legacy of Bloodstained proper before it’s even out.

[This review is based on a retail build of the game provided by the publisher. The reviewer is also a backer of Bloodstained.]