I’ve said it before, but I really enjoy this era of gaming. Sure, there were a lot of classics in the retro era, but many were few and far between from the same usual suspects. Now we have talented developers ready and willing to create something and simply release it on Steam without having to go through the rigorous licensing processes from console publishers.

A lot of those titles are based on retro foundations and would have felt right at home if they were released decades earlier, as is the case with Blitz Breaker. 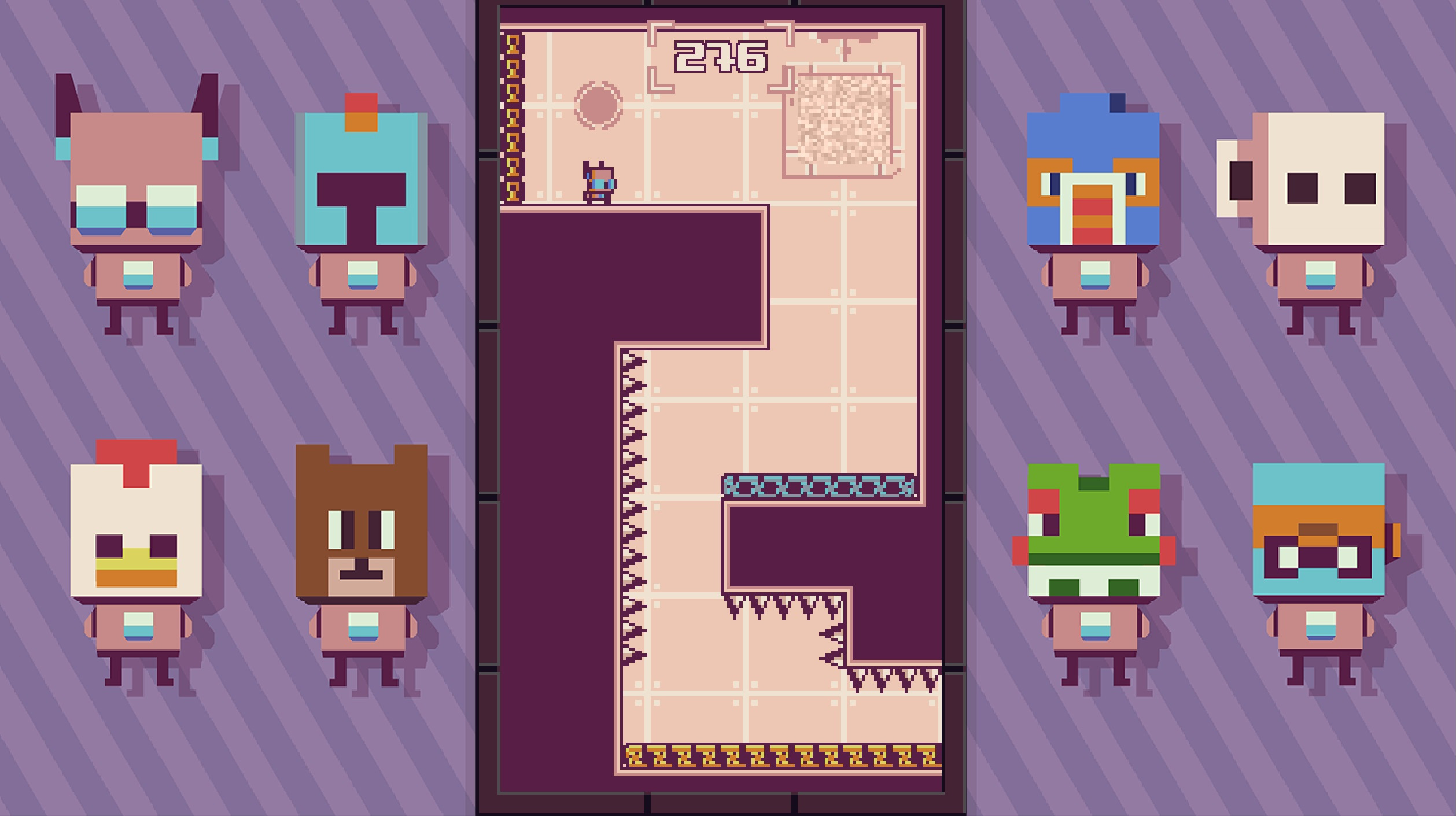 Blitz Breaker doesn’t waste any time. Within seconds, you’re in, learning the game’s ins and outs, which are comprised of a sole jump button and directional inputs (with support for a keyboard or gamepad). Your player character can’t move traditionally, and therein lies the gimmick. Instead, pressing a button will allow you to dash in any one of the cardinal directions. Jumping is a tertiary function, only used in specific cases, because trying to actually control your leap will only result in a wild dash.

Here’s the most interesting part of the game, mechanically — once you commit to a direction, you have to see it through until you hit something. Since you can’t just course correct constantly, it becomes part puzzler in that sense, especially when rooms start filling with spikes and conveyor belts. Smashing against a wall is commonplace, with the resulting force often catapulting you into danger. You’ll need quick reflexes to get through this one, but paying attention to your surroundings is key too, so there’s a balance.

Some of my favorite puzzles involve multi-screen sequences, which force players to recall layouts to unlock doors and smash barriers that are required to reach the exit at the end of every stage. There is some trial and error involved though, as dashing into another unknown screen can result in an instant death. It’s not too frustrating given the lenient level restart option, with the exception of boss gauntlets, which can get pretty tough and lengthy.

The simplicity and relatively small rooms are clearly made with a mobile audience in mind, which makes sense after I realized that it’s coming to iOS at some point in the future. Thankfully, pesky IAP (mobile DLC) is nowhere to be found, and you’re getting the whole enchilada with your purchase. There is an “arcade” mode, but it’s basically just a different delivery system for the campaign.

With no multiplayer component, there isn’t a whole lot there after all 101 levels are completed — and once you get the hang of the game, they go by quickly. Blitz‘s art style is reminiscent of a bygone era, but the design team puts its own spin on it, and the soundtrack is one of the best indie productions in recent memory.

Blitz Breaker will bring a smile to your face if you enjoy games like Super Meat Boy, though the experience isn’t nearly as deep. Once you’ve blazed your way through, there isn’t much there to coax you into staying, but you’ll have fun with the ride all the same.