No, not that Magic Carpet

I see the term “tech demo” used derogatorily often, but it shouldn’t always be an insult. Sure, if a game is 60 bucks and uses a half-assed gimmick, it deserves to be called out. But for bite-sized $10 experiences that are fun to play for a few hours, an afternoon of light fare isn’t the worst thing in the world.

Bazaar is basically the definition of that concept. 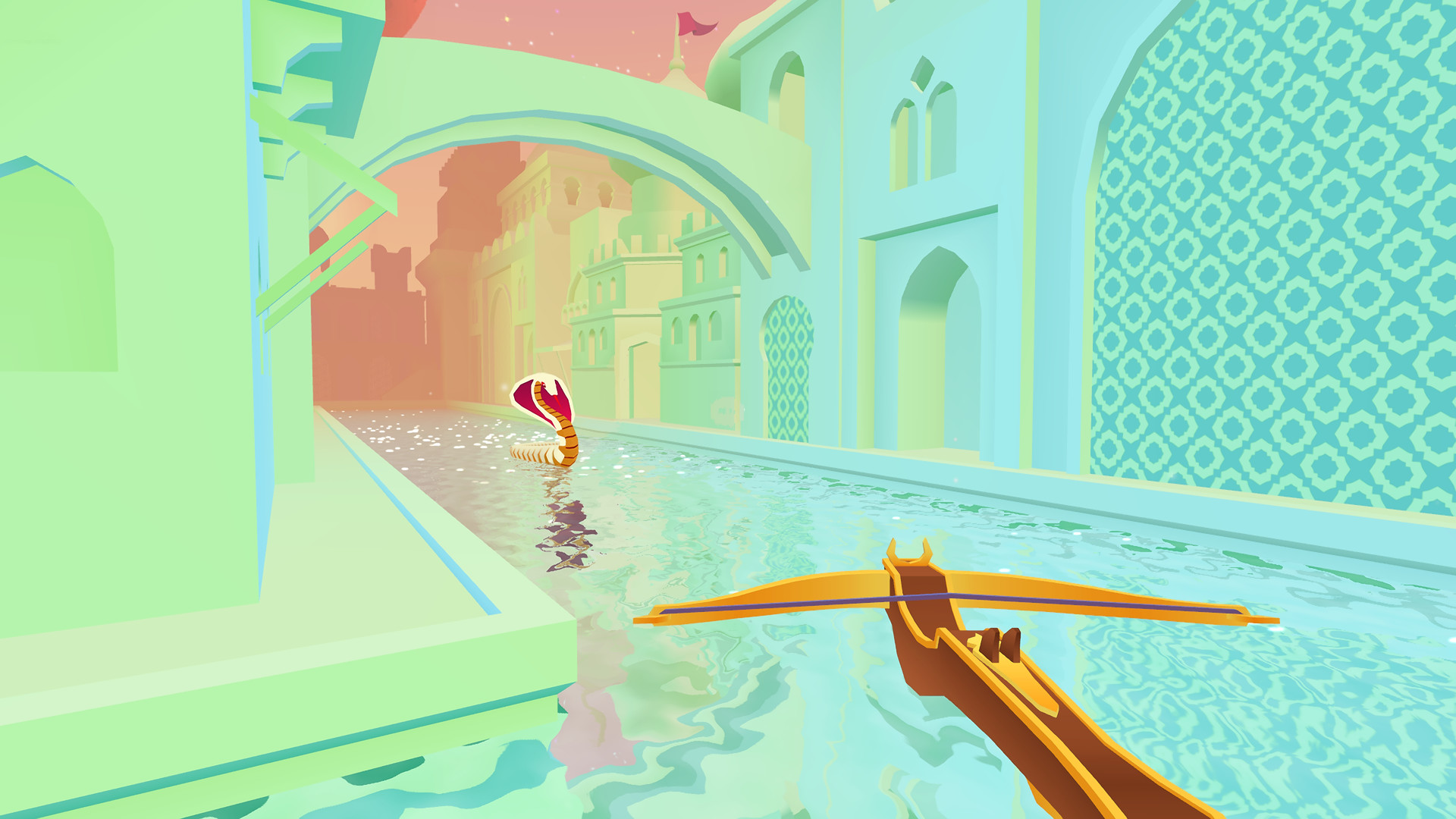 Bazaar is a first-person magic carpet ride experience that’s technically on rails, though players can manipulate its direction at any given moment. It’s weird, as it straddles the line between part autopilot, part direct control, though the latter is almost entirely triggered by looking around. That includes picking up items, coins, looking at a specific part of the screen to boost or turn — everything. The whole thing has a deliciously old-school arcade shooter feel (think Revolution X), and the field of view is close enough where you won’t get whiplash playing it.

There’s some neat tricks afoot related to VR as well. The collision detection is spot-on, and collecting items, even in plain sight, can be tough, as the game tends to hide some of them behind walls or windows, forcing players to find new perspectives. Control-wise, the use of the Xbox One controller is minimal, in that players can swap perspectives using LB and RB. Beyond that, everything is operated by looking at objects — even locating and utilizing inventory items. Given that some VR games rely on a controller as a crutch, this commitment is appreciated.

Inventory management is also surprisingly deep, with anti-venom that cures poison, food to fuel your hunger meter, potions, umbrellas that block water hazards, and so on. You even have to find ammo before you can use your crossbow. At first I thought I was getting into a mindless simulator, but before I realized it, I was instinctively opening my chest and making sure I was prepared as I made my way down a particularly treacherous path. That, and frantically looking around for food in the environment was a rush.

But as cool as it is for the half hour or so (tops) that each run lasts (your first death unlocks a mission box that encourages multiple playthroughs), I can’t shake the cheapness of it. The bright colors and the actual hues themselves are beautiful, but it really does look like something that’s shown on an E3 stage and then never seen again. Enemy designs, while functional, aren’t impressive in the slightest, and it’s hard to really pinpoint one memorable aspect of Bazaar in general. It’s a fleeting, procedurally generated feeling of enjoyment through and through, and even the challenge system makes it feel like a micro game.

Only for the most hardcore VR enthusiast, Bazaar gets the job done if you’re looking for cheap thrills for an afternoon. Like most tech demos, it could stand to have most of its facets expanded upon (full-on flight would be cool), as developer Temple Gates Games is definitely onto something.