Battlefield V isn’t an across-the-board step up from Battlefield 1, but it nails the essentials. It’s not just a good Battlefield game, it’s a great one. For those folks who wrote DICE off early on, that might come as a surprise. For alpha and beta testers who got a feel for the heightened focus on squad dynamics and player-built fortifications, it’s… also a surprise! I wasn’t convinced they’d stick the landing.

The game doesn’t fully launch until November 20, but there are a couple of ways to play Battlefield V before then, such as EA’s monthly subscription service Origin Access. I’m not used to these multi-week release schedules, but I’ll need to acclimate soon. This stuff is only going to become more prevalent. 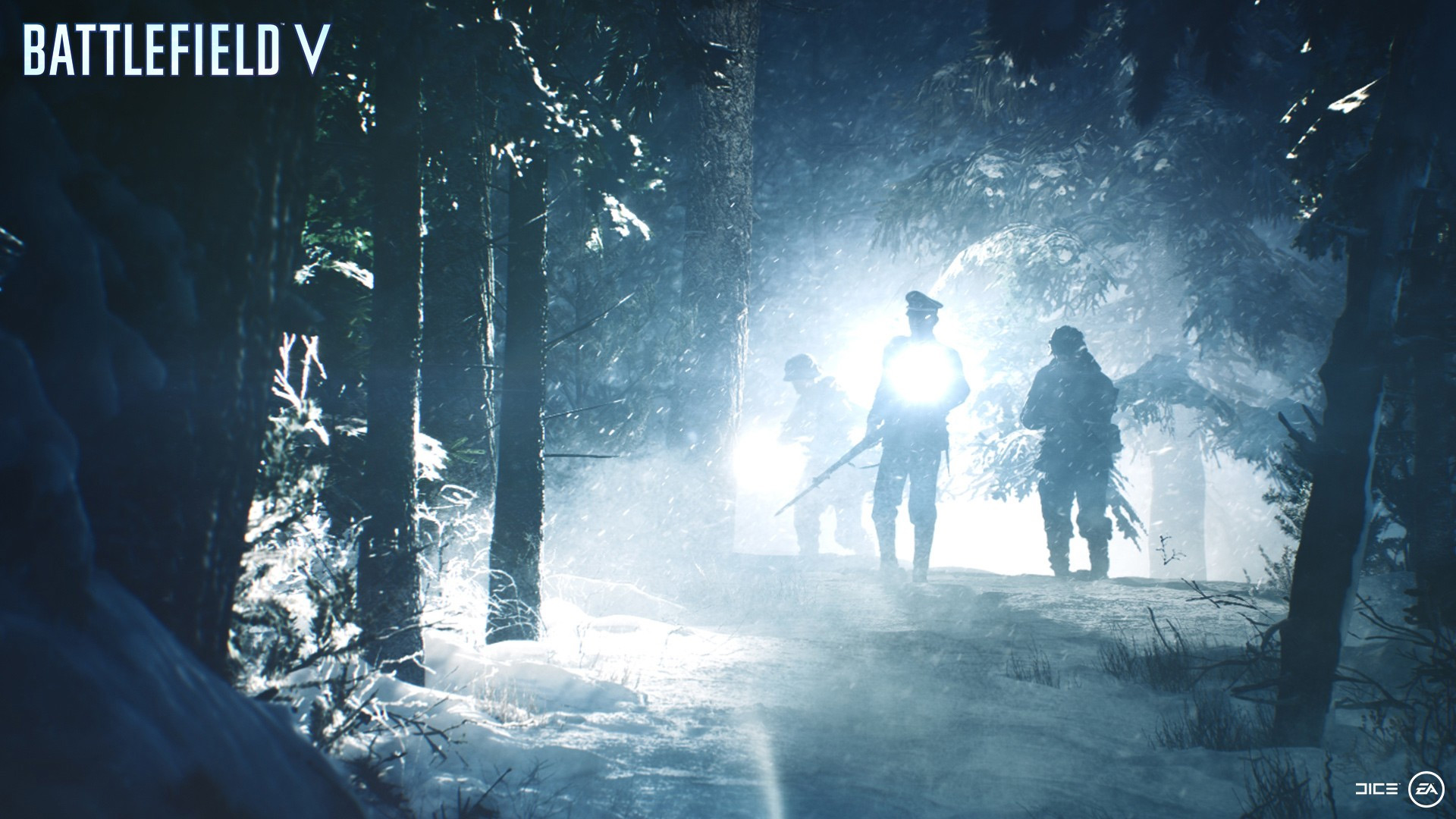 Straight away, it’s worth stressing that while Battlefield V is set during WWII, it doesn’t feel antiquated. Mechanically speaking, it’s some of the best-feeling Battlefield in a long time. Also: for better and for worse, the game doesn’t retread familiar ground. It revolves around the era’s lesser-known stories and settings, which can be simultaneously refreshing and a little disappointing, especially for 1942 fans.

Part of me hopes DICE circles back to all of the familiar WWII story beats, but even without iconic set-pieces, there’s already a lot to love. Just looking at launch content, Battlefield V gets a lot right.

Most important of all, the gun handling is fluid. Combat feels deceptively effortless, yet it’s layered enough to generously reward skillful play, thoughtful tactics, and above all, teamwork. The maps are generally excellent and promote varied playstyles, from the flowing fields of Arras — an instant classic — to the all-seeing, all-knowing bridge of Twisted Steel. Miraculously, every character class is impactful and enjoyable. There’s a smattering of decent pick-up-and-play single-player War Stories, including a stealth-centric rebellion mission in Norway in which you can equip and unequip skis at will. At will!

To be clear though, you shouldn’t get Battlefield V for its short prologue and three multi-part story missions (with a fourth segment set to arrive in December). I appreciate the effort, and DICE’s storytelling has come a long way in recent years. That said, they’re only worth going through once. Even then, one of the missions — Under No Flag — felt weirdly static to me, despite its open-ended structure. Battlefield is best known for its outlandish multiplayer moments. BFV isn’t any different.

I can’t emphasize enough how much I love the fortification system, which gives Battlefield a newfound rhythm. You can now assist your team by laying down sandbags, razor wire, resupply stations, and other structures in pre-determined locations, regardless of the class you choose. Building is quick, it doesn’t cost any resources, and it can make all the difference in a tug-of-war. Fortifications are useful whether you’re attacking or defending an outpost and, crucially, they can be blown up. As a matter of fact, things are constantly blowing up in Battlefield V. I’m reminded of the Bad Company 2 glory days.

Fortifications also flow into another focal point: attrition. While the concept needed a lot of refinement in pre-release iterations of Battlefield V (and there’s probably still work left to be done), the idea is to make players feel a) increasingly vulnerable and b) reliant on their teammates. It’s a tricky balance. Limit ammo counts and health regeneration too much, and players understandably grow frustrated. Go too far in the other direction, and suddenly everyone’s lone-wolfing it again. DICE found the right formula.

Peak Battlefield is rolling up as a squad, calling out orders, topping each other up with health and ammo, and pulling off clutch flanks that snowball from small wins to an overall victory. The attrition mechanics (and tweaks like squadmates being able to revive one another even if they aren’t a medic) help support these dynamics without feeling forced. BFV keeps you from dwelling in any one area for too long, encouraging teamwork on a micro and macro scale. Play the objective, and you’ll have a good time.

I also have to give a shout-out to the new spotting system, which is now primarily relegated to the Recon (sniper) class. (You can use a scoped tool or “tag” foes by landing shots.) The days of everyone on the server hammering a key to learn the precise whereabouts of enemy soldiers are thankfully gone. 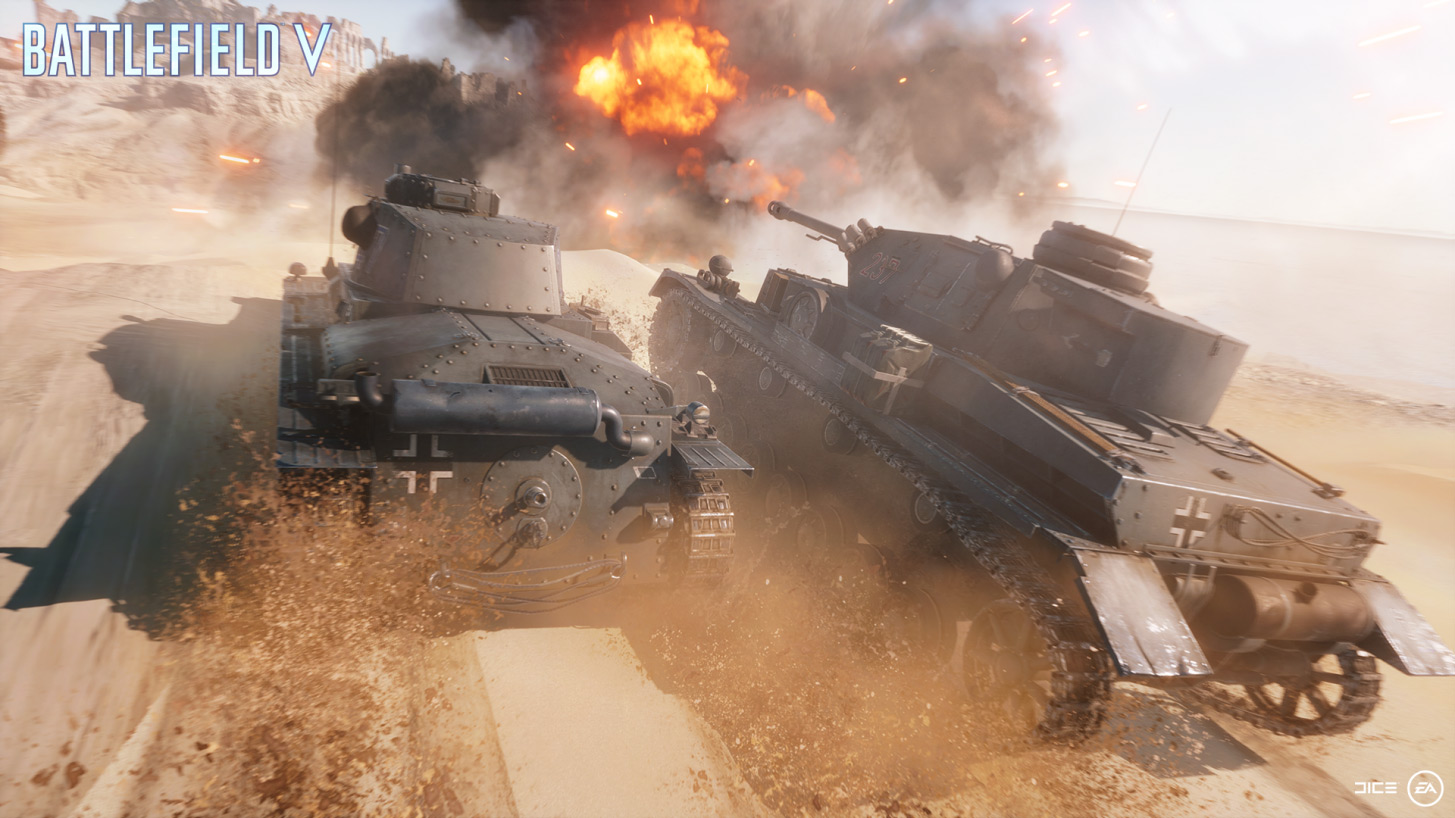 So, where does Battlefield V fall flat? There’s no single glaring issue I can cleanly point to and criticize. It’s more a case of countless papercuts collectively causing pain. Let me run through the lowlights.

The menus are still frustratingly sluggish, particularly when it comes to swapping in new gear and cosmetics on your troops. The starter land-based vehicles, at least on the current maps, feel severely downplayed. Battlefield 1‘s biggest triumph, Operations, loses some of its harrowing luster in Battlefield V. Server disconnects and match-ruining bugs — like the occasional inability to revive anyone, or bombs getting trapped under the map and ushering in a state of purgatory — continue to plague me.

DICE has detailed its post-launch plans, dubbed Tides of War, so we know roughly what to expect and when to expect it. I’m relieved there isn’t a premium pass this time around. We can all access the same maps and modes. But after the way Star Wars Battlefront II went down, I’m feeling cautious about Battlefield V‘s future. Some of the current issues will be fixed soon. Other problems will reveal themselves down the road. All I can do is assess the current version of the game — no more, no less.

Given enough time to work out the kinks, fine-tune the balance, and flesh out the full-priced package with content like the promised battle royale mode Firestorm, I can see this growing into one of my favorite installments. As is, I wouldn’t necessarily rush out to buy the game right this minute unless Battlefield is your multiplayer series of choice and you can tolerate the early bugs and rough edges.

While I’m happy with what we got, I ultimately can’t help but wonder what another six months could’ve done for Battlefield V. In a business with virtually no downtime, that’s just the way it is.