Batman: Arkham Origins tries to tell the tale of how the Dark Knight was first introduced to many of his iconic foes. It was built on the groundwork of previous games in the series, and while the story may have faltered a bit the gameplay remained mostly the same, taking Batman to various locations around Gotham City as he gathered intel and weapons to take down the villains who held the city in their clutches. Say what you will about this prequel, but the formula is there for a decent “Metroidvania”-style adventure.

Blackgate seeks to do the same on handhelds, albeit with more of a 2.5D perspective, and a bite-sized story set just a few months after Origins. While in theory this plan sounds good enough, its execution leaves a lot to be desired. 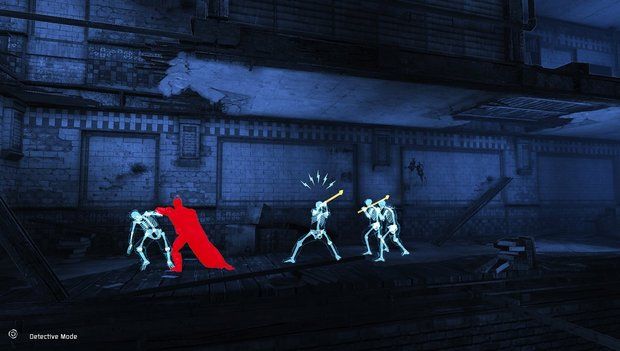 Blackgate begins with ol’ Batsy running into (and chasing) Catwoman after he seemingly stumbles on to her robbing some government facility. After a brief tutorial as you chase Catwoman up a few buildings, he catches her and sends her to Blackgate Prison. Soon, he realizes the prison may be a bit too rough an environment for a mere thief.

In exchange for her safety, she strikes a deal with him to provide intel while he infiltrates the prison, as its three most notorious — and recent — inmates have taken over. Penguin, Black Mask, and the Joker are each running a section of the prison, and Batman must traverse each one, fighting prison gangs and obtaining random WayneTech weapons hidden around.

The plot is a fairly thin one, but it serves well enough to get you into Blackgate, and lays out the gameplay for Metroidvania fetch quests scattered around each section of the prison. The map is set up in such a way that you can chose whichever section you wish to start in, but invariably you’ll have to backtrack and head to another area to find an item needed to advance. And there is a lot of backtracking.

That’s the problem with Blackgate right from the outset: no matter where you start, you end up having to go to a different section before you can complete the first. The game advertises that you can defeat the three main villains in any order, which by the time you unlock everything is mostly true, but it’s never how you set out at the beginning.

As you maneuver your way through the halls and ducts of the prison, you’ll come across inmates that you’ll naturally have to fight. This is where the 2.5D perspective loses some of its allure. While the camera may shift while walking so you can see around corners or down shafts, when in combat you may encounter enemies that are standing just above or below the plane you’re on, making combat tricky.

In the console versions, Batman could switch between targeted foes on the fly using the analog stick pointed in the direction he wanted to attack. That almost works here, but usually, you’re just going to wail on the guy closest to you ’til they’re down, as targeting doesn’t quite have the finesse on the handheld as it does in the console version. At least the controller inputs are the same.

That is to say, the button layout is the same, but sometimes the desired effect isn’t quite there. Pressing the counter button requires accurate timing, and while it seemed like I had it in the console version, something felt off here. The same thing can be said for the cape stun, as pressing the button (especially when prompted in specific scenarios) only had it actually doing what it should about half of the time. Even when it did work, it would occasionally confuse Batman, and I’d end up facing away from the enemy I just stunned, allowing them to come-to by the time I turned around. Because of this, combat feels sloppy and hollow, and doesn’t quite have the same punch as its bigger brother. 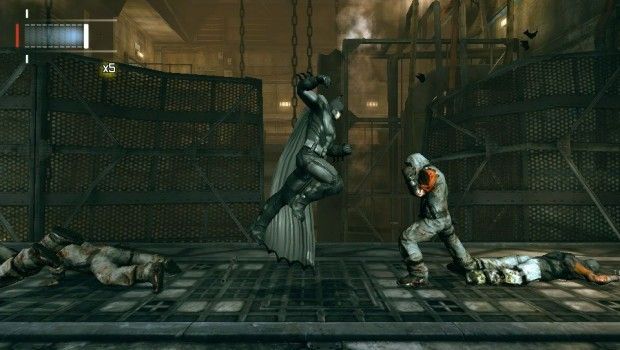 Graphically, we run into a similar issue. While I already assumed it would be scaled down a bit for the handheld, there are noticeable effects that just end up being distracting. The standard look of the game is detailed and sharp, retaining a similar aesthetic to the console version.

When zoomed in however, things get a little muddier. During dialogue sections facial animation is non-existent; characters flail about wildly as they speak and defeated enemies phase eerily into the floor. Cut scenes however make use of comic-strip-like animations, which are very well done…well, except for the voice acting and terrible dialogue. Even by comic-book standards, this is very hokey.

There are a few new features in the game, utilizing the touch screens of the handhelds. Detective vision is activated by tapping the screen, and you can scan the environment by running your finger (or stylus) over the screen to search around for clues or learn helpful information about how to get past certain obstacles such as grates that can be popped with a well-aimed batarang. It’s a minor feature, but one of the neater additions to the game.

However, when it comes right down to it, Blackgate is just a bit on the boring side. Since the combat is so uneven, fights either get frustrating due to poor control input or end up being over too quickly. Sneaking up on foes for silent takedowns can be ludicrously easy in one section, and nigh impossible in another. Dropping from the rafters just doesn’t have the same effect as it does in the console version, as the camera barely pans back enough to get the scope of the room, let alone the height of the ceiling in certain areas isn’t even enough to stay hidden from most sightlines. 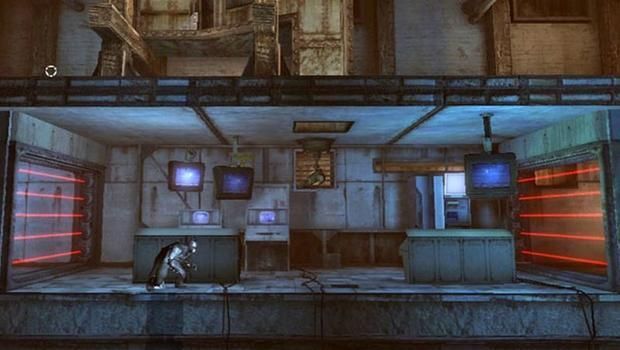 The worst problem, however, is all the backtracking is needlessly empty. Once foes are defeated, they’re gone for good. I’m never usually a fan of respawning enemies, but running through corridor after corridor of bleak, prison-gray nothingness just gets tedious after a while without something to do other than just traveling.

Not to mention the fact that the in-game map is pretty much useless. The icons don’t effectively define where you’ve been, what needs to be done, or what the icons even mean. They just show you a general way to go, but not really how to get anywhere, or even what floor of a building you’re on. Just terrible.

I really wanted to like Batman: Arkham Origins Blackgate. It took a style of game I enjoy, but put everything together inside it so shoddily I wondered if a little more development time wouldn’t have served this game better. However, since the console version of Origins is as buggy as it is, I suppose I shouldn’t be surprised that Blackgate feels just as unfinished and sloppy. At least it doesn’t take more than five hours to beat.