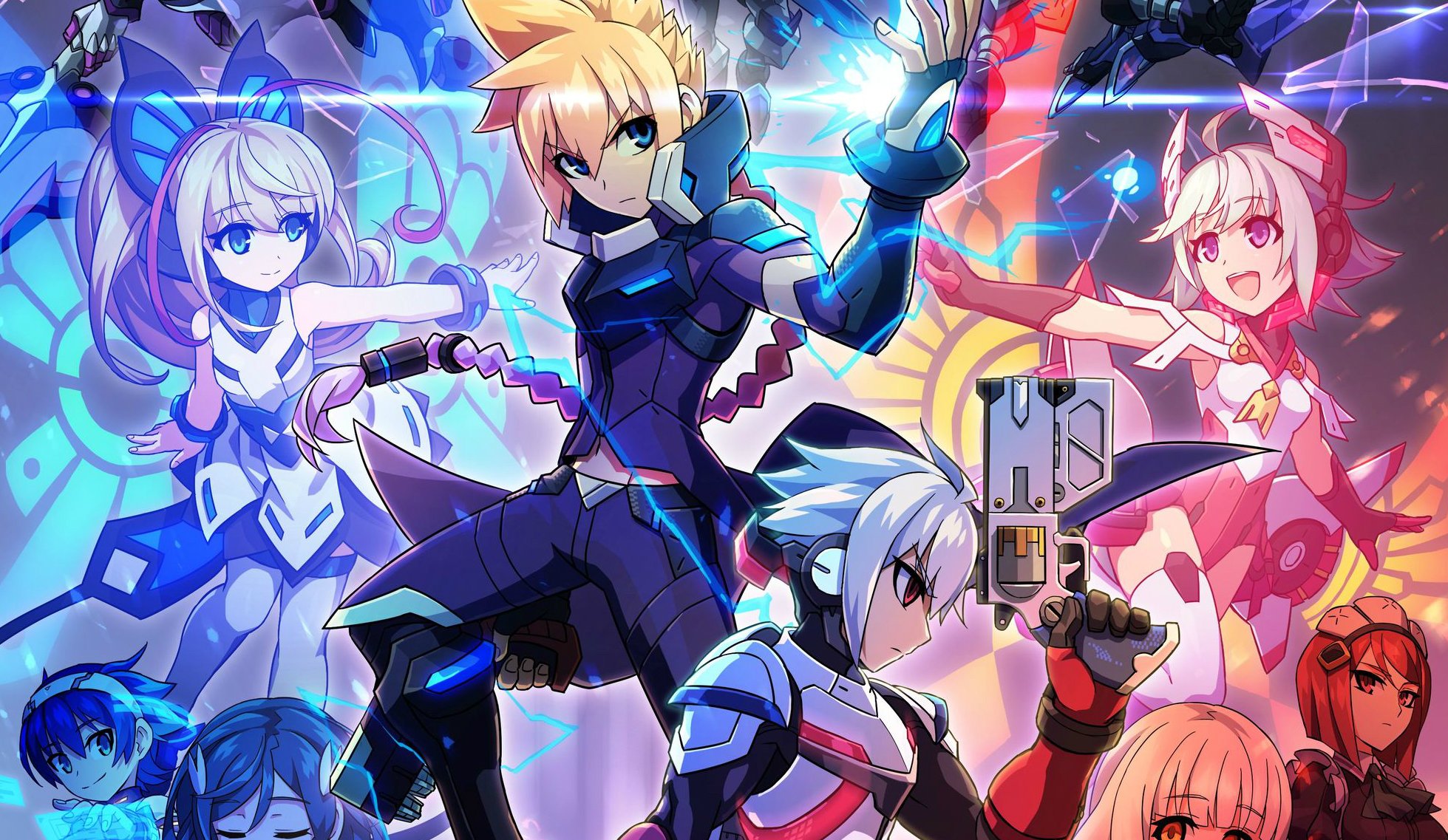 While Mighty No. 9 didn’t really deliver on everything it set out to do, Azure Striker Gunvolt was always there in the background, waving its hands frantically at Mega Man players.

It never got the traction that Inafune and his team did with their drama-filled Kickstarter, but the truth of the matter is it’s the closest to the return of the Blue Bomber as we’re going to get at the moment. The sequel might not have the Mighty Gunvolt bonus game under its belt, but it’s just as satisfying. 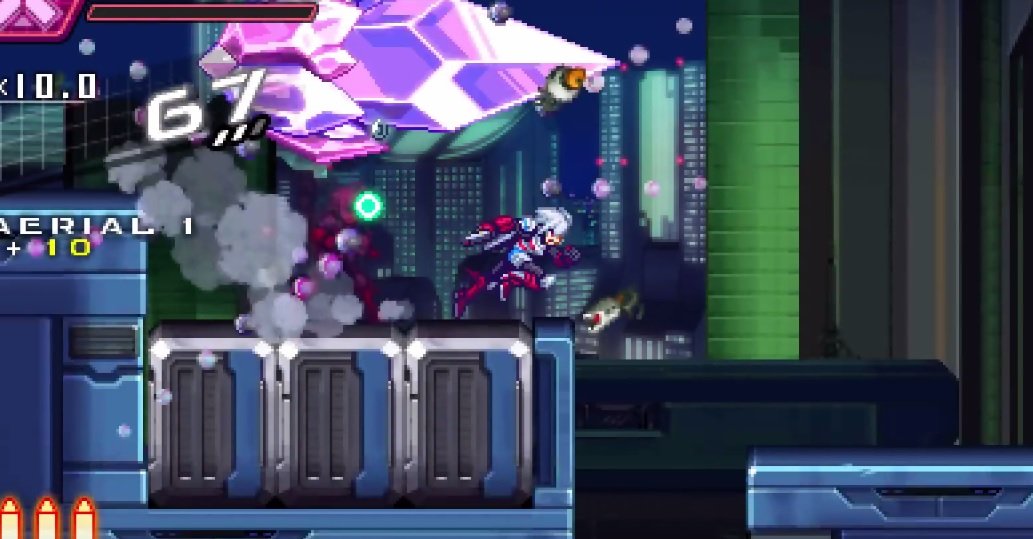 With that disclaimer out of the way, note that you’re getting a lightning-quick action platformer that’s built around speedrunning. Except this time the narrative is framed around two characters, both of which have vastly different playstyles. Gunvolt is basically the same (which doesn’t necessarily make him less fun), and can still tags enemies with his gun to blast with his tracking area-of-effect volt powers, while recharging his EP (energy) like a Dragon Ball Z character with a swift double-tap down on the d-pad. He’s built around floaty movements, with lots of gliding about and a more consistent sense of movement.

Copen, returning from the first title as a playable character, is zippier and sports a jetpack. You’re going to get bigger, longer dashes with his Bullit Dash, and instead of tagging folks from afar, you’ll need to actually Bullit into them to get a lock. He’s much more mobile in general, with a Batman NES wall-bounce that’s so deliciously retro it makes me smile. The amount of work that went into making Copen so unique on multiple levels (his straight, dour no-nonsense tone works well off of Gunvolt’s absurdity, much like Crowe and Gosling in The Nice Guys, which you should totally see by the way). It swiftly dispels the notion that this is just a level pack.

That said, the levels themselves aren’t as memorable this time, which is a pill that’s slightly easier to swallow when you’re running through them as Copen. The problem is that Inti Creates seemed to have shown its hand with the zoomed-in camera, and a lot of stages are mostly centered around verticality, with horizontal layouts spanning only several screens in many cases. Perhaps it’s that desire to build around the speedrunning score attack mentality (there’s even an option to turn off dialogue to speed things up), but I found myself wanting a little more.

They still got it when it comes to those bosses, though. From puppeteers commanding robots that are as strong as most big bads in other platformers to just about every anime trope in the book (killer hair is something that isn’t explored that often outside of Guilty Gear), they really go HAM with some of these. Having them offer up a challenge is a good way to help me buy into them, too (as is the Shovel Knight amiibo bonus boss fight, compliments of new publisher Yacht Club Games).

Azure Striker Gunvolt 2‘s levels play things a little close to the chest, but the sheer breadth of tactics opened up by the inclusion of Copen make it even easier to recommend than its predecessor. It’s a jolly old platforming time, and I hope it reaches the level of success it was destined to hit.