We’ve gotten to the point where Astro Bot is now a series and I am here for it.

The little Sony mascot that could originally starred in 2013’s Playroom, before it catapulted into stardom with Astro Bot Rescue Mission: a fully-fledged platformer for PSVR. Now it’s out of the VR realm and ready for action once again as, in part, a taster for a new piece of tech. 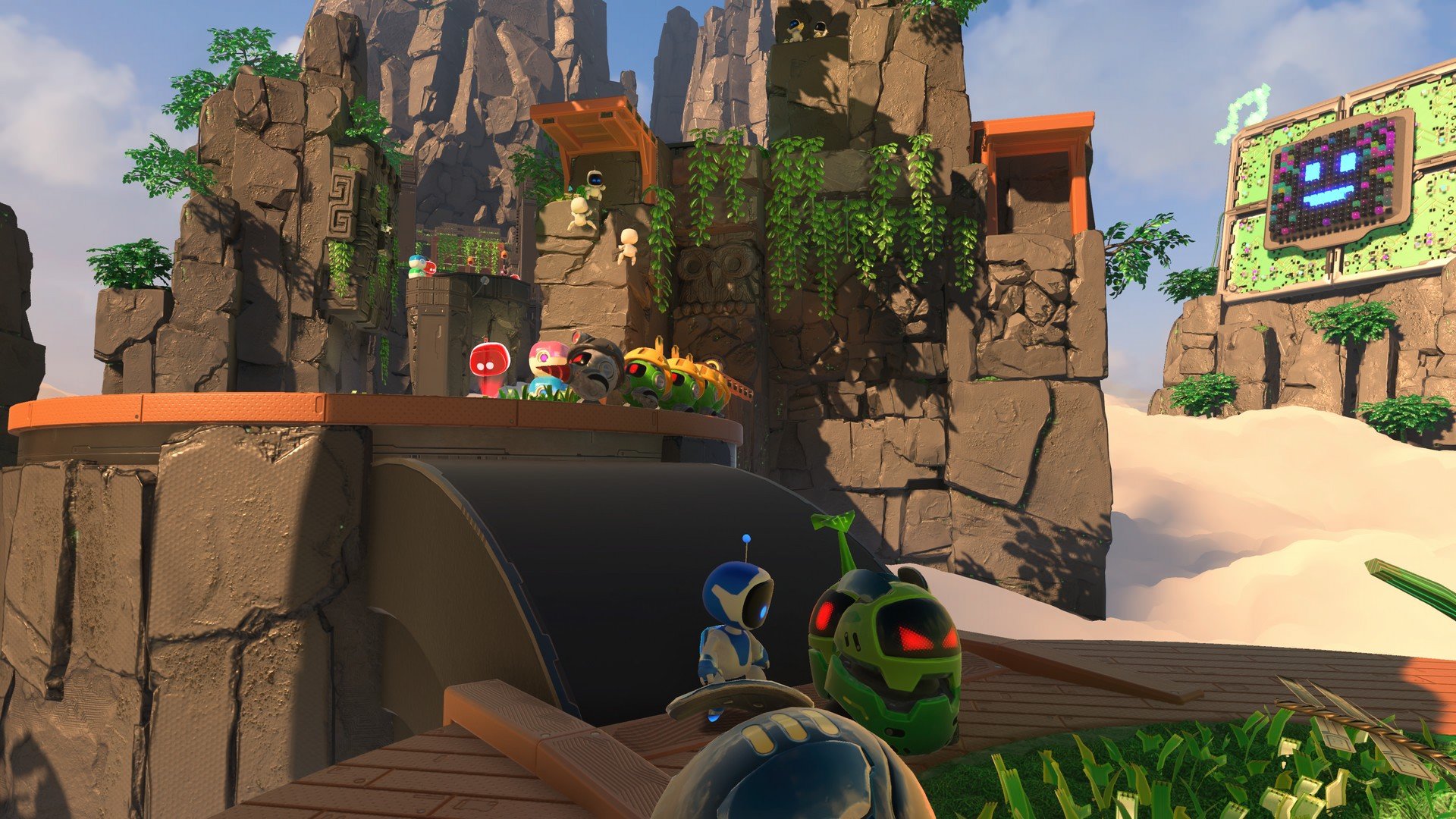 To quell your expectations right from the get-go, Astro’s Playroom is a very short experience that you can fully complete in an afternoon.

There are four total stages (and a secret at the end) that consist of four checkpoints: all of which can be selected individually once you complete them. Each stage takes anywhere from 10-20 minutes to fly through, and there’s a fun little hub with a few crannies to explore, as well as a collectible room to admire. That’s the game, but keep in mind it’s built into every PS5 for free.

Each stage (themed after PC or console parts) showcases something a little different. One focuses on haptic feedback and motion control. Another has you rolling a ball with a touchpad down a slope, and so on. All four stages are broken up with the same cadence: traditional platforming, vehicle section, more platforming, then a repeat of the vehicle portion. The game is just succinct enough to avoid becoming rote. Even if you dislike a concept, you never linger too much on it.

Really, Astro’s Playroom‘s big strength is the way it showcases some of the early “ooo and ahh” moments of the PS5. The DualSense’s haptic feedback system is more advanced than previous controllers, with more “give” and much more intricate sound design in terms of the controller’s onboard microphone. Running on glass will give you little “ding” noises, while metal provides a strong and bold “clang.” It’s very impressive. I hope developers actually utilize it and it isn’t quickly forgotten.

As a pure platformer, Astro’s Playroom won’t blow your mind, but it gets the job done. Astro’s movements are smooth, with your glide ability serving as a downward laser attack that cuts through enemies below. It’s very satisfying to just zip through a level and glide from platform to platform while blowing up everything in sight. The power to move and swing (with your basic punch attack) also ensures constant locomotion. It’s a nice system, especially with the emphasis on speedrunning.

The other big new next-gen feature? Fast load times. Remember that checkpoint system I was talking about a moment ago? That serves as your fast travel pause screen. You can pick any point in any stage and instantly go there. As in, “suffer” around a second of loading and you’re there. It’s easily a “look at this!” watershed moment for next-gen.

It’s not the most technically demanding game (at times it looks like a PS4 joint), but the fact that you can instantly load up checkpoints and grab missed collectibles is a treat. It beats the hell out of dealing with agonizing loads and/or having to retry an entire stage just to access a specific area. Speedrun options and a host of collectibles (that are neat, but we can’t spoil here) also ensure that you’ll be playing a bit more beyond the few-hour runtime.

Astro Bot has replaced Knack as the cute Sony mascot and I’m okay with it. Although Astro’s Playroom isn’t a killer app, booting up your PS5 and playing it for free is a great way to get accustomed to your shiny new toy from multiple angles.