A slice of bullet heaven

The rising prominence of independent games has been oft described as meteoric. The center of gravity has shifted over the course of a single generation. As hardware becomes exponentially more powerful and development costs spiral out of control, small teams and virtual unknowns have stepped into the limelight, while the old guard recesses into the shadows.

Or at least that is what’s happening in the Western world. Things are a little bit different in Japan, to put it mildly. While the country has a long history of independent development, it’s one far more clandestine than our own. Bereft of a strong distribution network and mainstream notoriety, Japanese indies have largely gone ignored, save for a handful of outliers such as Cave Story.

The tides are beginning to turn though, with events like BitSummit and groups like Playism bringing these titles to larger audiences and the global stage. That’s the case with Astebreed, a name you almost assuredly do not recognize, but also one that demands your attention. 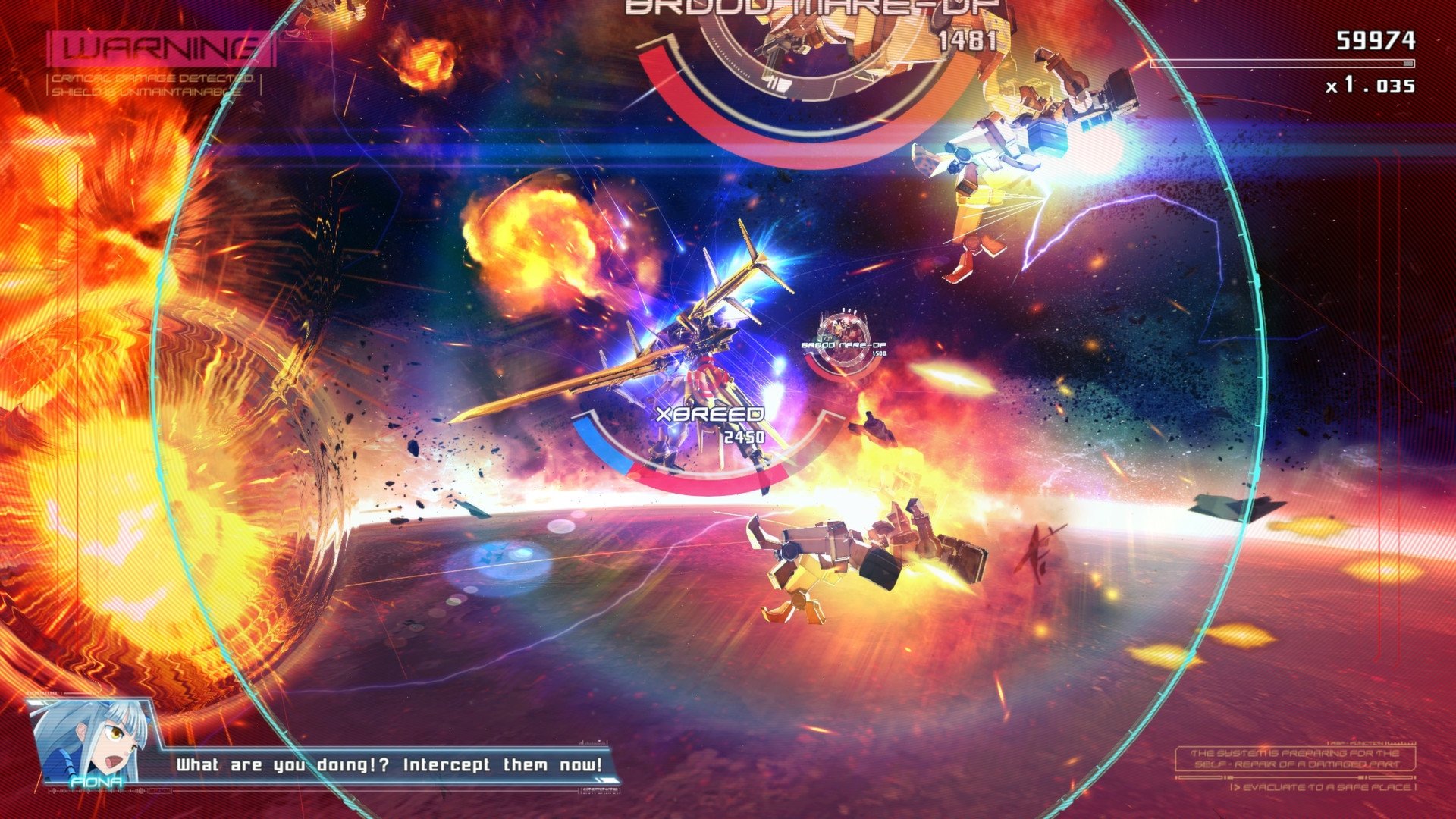 Astebreed is an old school shooter, the kind you’ve seen in arcades for decades now, but this STG (shooting game) is anything but anachronistic. Vaunting some of the most gorgeous art you’ll see in the genre, it’s real calling card is a dynamic camera that deploys three distinct vantage points in a constant state of ebb and flow. Throughout the campaign, the perspective shifts seamlessly between horizontal, vertical, and over-the-shoulder angles that go a long way to craft a resplendent visual showcase.

The experience fluctuates from moment to moment. It can resemble Gradius or Ikaruga for minutes at a time, with top-down or side-scrolling slants and the accompanying gameplay one might expect, only to smoothly pan into the third-dimension for sequences more akin to Sin & Punishment. This constant shakeup always seems to keep things interesting, breathing new life into these classic formulas, and looking nothing short of amazing all the while.

Far from just a pretty face though, Astebreed backs up the sleight of hand with deep and absorbing mechanics and even makes a decent attempt at a story — something shoot-’em-ups typically reserve for manuals or eschew altogether. The premise isn’t all that inventive, mind you, focusing on a talented young mech pilot and a galactic conflict between humanity and a relentless alien race, but there’s actually some depth behind it.

The tale unfolds in a natural way, gradually revealing itself to the player through mid-mission dialogue and the occasional cutscene, and is generally light on exposition. It can be a tad confusing though, as the voicework, while well acted, is delivered solely in Japanese, and your eyes will frequently be too preoccupied with bullets to bother reading text. That said, the narrative is entirely optional, and the game is just as lovely in arcade mode, if you’d rather skip out on the story.

Okay, let’s get down to the nitty-gritty. Your mech is equipped with several cannons that can dispense justice in a myriad of ways. The standard attacks include a concentrated stream of bullets and a spread shot, each of which can be charged up to deliver a homing attack that will harass enemies for a limited time, and give you some breathing room.

These are implemented in different ways, though. One is a long range attack with a narrow area of effect. It can be aimed in any direction, but is somewhat finicky. The other automatically targets enemies within a small radius. This one is easier to use, but is a lot slower, and requires players to get up close and personal with their attackers.

The lock-on attacks can also be used to target enemies on different planes, even when the camera is in a 2D perspective, which allows you to do things like strike enemy battleships in the distance or take out oncoming swarms before they have a chance to return the favor. Mastering how and when to use these techniques amidst the chaos will likely prove to be the key to victory when all is said and done. 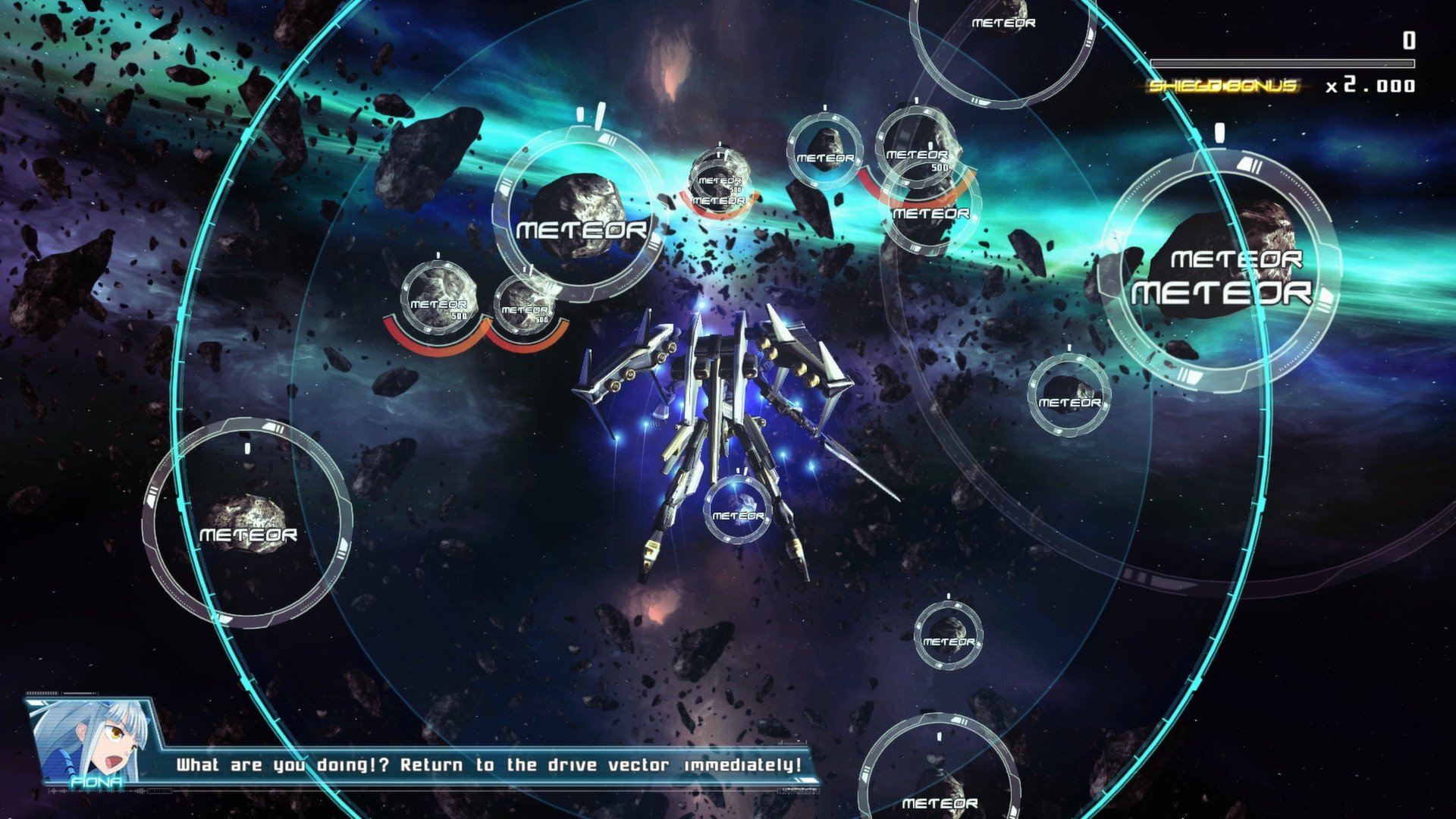 That said, my favorite implement of destruction is the sword. Both a means of offense and defense, it packs a punch in close quarters and can also be used to swipe away certain types of oncoming fire. This encourages an aggressive style of play, where players will want to be in the thick of battle, slashing and shooting at point-black, rather than hanging back at the edge of the screen. It’s exhilarating, to say the least.

In terms of challenge, there are a swath of difficulty settings that should be both inviting to newcomers and veterans alike. The pacing is pretty much perfect too. It’s fairly accessible at the outset, allowing folks to get their bearings before gradually turning up the heat. Toward the end of the six stage campaign, it culminates with a finale that forces players to implement everything they’ve learned along the way in one last desperate final battle. It will test you, and might even push you to your limits. But it all comes together, and it’s a pretty brilliant thrill-ride.

It’s a fairly forgiving experience though, one that doesn’t throw up a lot in the way of roadblocks like game over screens. The game checkpoints between and during levels, ensuring that players can tackle tricky sections until they figure it out. It’s by no means a cake walk, rest assured, but you probably won’t be tearing your hair out in frustration either. 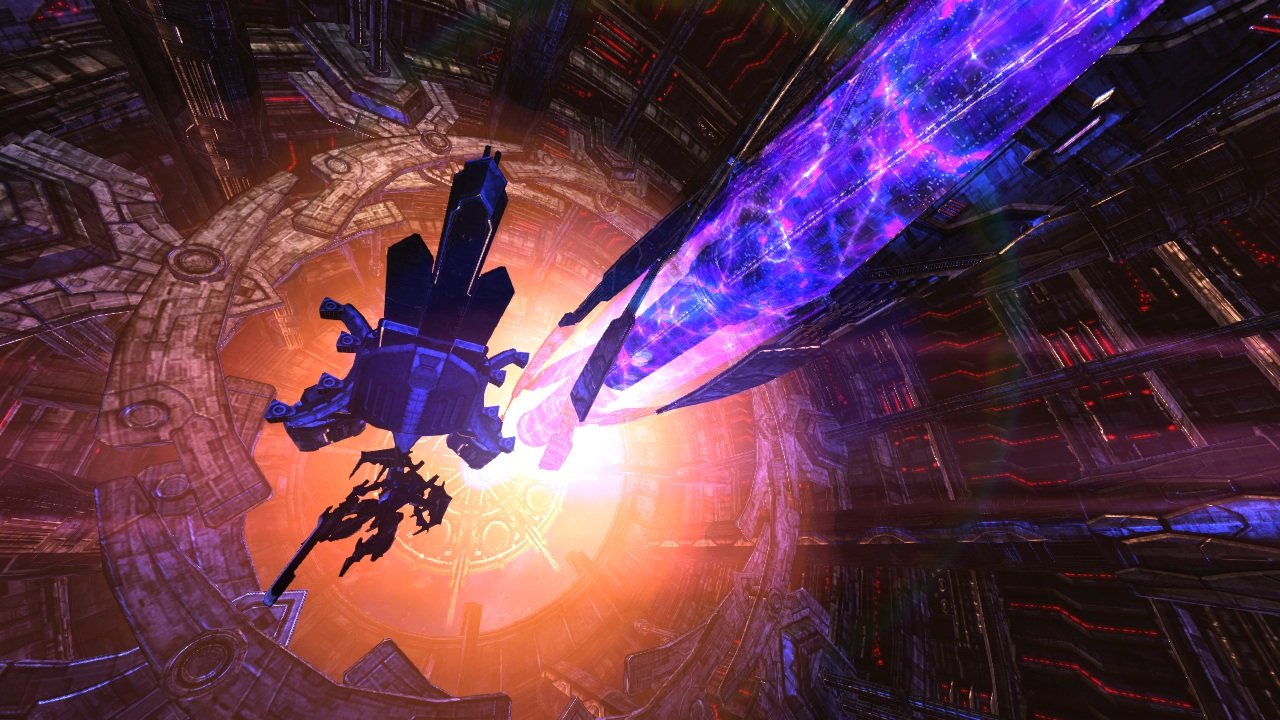 Doujinsoft studio Edelweiss accomplishes just about everything it sets out out to do with Astebreed. It’s inventive, beautiful, and absorbing. The music is catchy and perfectly fitting. I have no major complaints, really. It’s an endearing experience from start to finish, one that I look forward to enjoying again and again for years to come.

This is one of my favorite shoot-’em-ups in years, and fellow STG enthusiasts would be remiss to overlook such a gem. Astebreed is a masterstroke. Spread the word.