Every once in a while a game slips past my grasp due to any number of assignments that I have to tackle at a time. One such title is Assault Android Cactus, which I really enjoyed during its Early Access incarnation, and happened to launch just recently on Steam.

I regret not jumping into the final version immediately, as it’s one of the best twin-stick shooters in a long while. 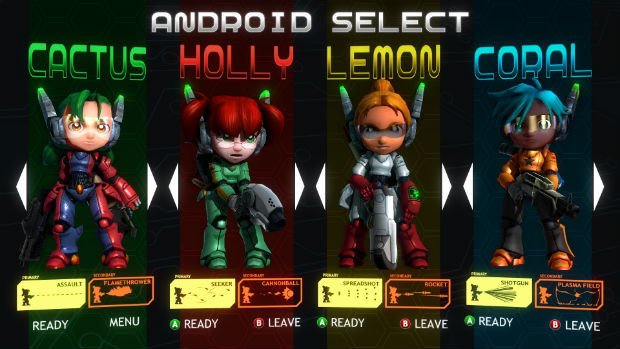 Although Cactus starts with a cute little intro video that sets up the whole shooty affair, it’s a fleeting moment, as the game quickly centers in on gameplay over exposition. It essentially features a galactic police officer named Cactus, who crash lands into a gigantic spaceship and saves three other bystanders from certain death. United, they band together to defeat the mysterious evil force on board, headed by four guardians (boss characters).

Cactus has one hell of a presentation for an indie project. While the narrative might be light (voice acting is few and far between), the visual style makes up for it in spades. Every character looks and feels different, and the enemies are varied to the point where each individual baddie requires a slightly different strategy. The sound effects are spot-on and have a weight them, and the musical score is more than enough to get you in the mood to shoot things.

What I really like about Cactus is that each stage feels unique. Most of them are confined arenas, but the vast majority of them morph as the level progresses in interesting ways. For instance, one starts off with mysterious boxes littered about the landscape, which sequentially explode, opening up more of the map, at the cost of another giant enemy to fight. Other arenas feature small scrolling sections similar to a dungeon crawler, or fixed areas that add hectic hazards to the mix periodically.

Each character has a different main weapon (from a typical shoot ’em up single-shot cannon to a shotgun), and a temporary alternate fire triggered by dodging. My personal favorite pick is Aubergine, who has a droid as her main ability (which can be controlled remotely, and independently from her own movements), and a singularity gun as her alt fire.

Cactus is a twin-stick shooter for sure, but its core concept is what sets it apart — the battery mechanic. With Cactus, your battery is perpetually running out, and only killing massive amounts of enemies will yield you a recharge power-up. If you take too much damage you’ll simply fall down, with the power to mash buttons and pick yourself back up. For reference, four players are supported locally, and all of them share the same battery.

Things can get pretty crazy, especially with the sheer amount of enemies the game throws out. You have to be constantly moving to stay alive, taking advantage of the various pickups like speed or firepower boosts, along with lockdown icons that temporarily disable all the enemies on-screen. If you aren’t always moving around and seeking out batteries and power-ups, you won’t make it far. The story mode will only take you a few hours to complete (or less), but Cactus shines when playing with friends — plus, there’s additional “Infinity Drive” (survival) and “Daily Drive” modes to conquer. 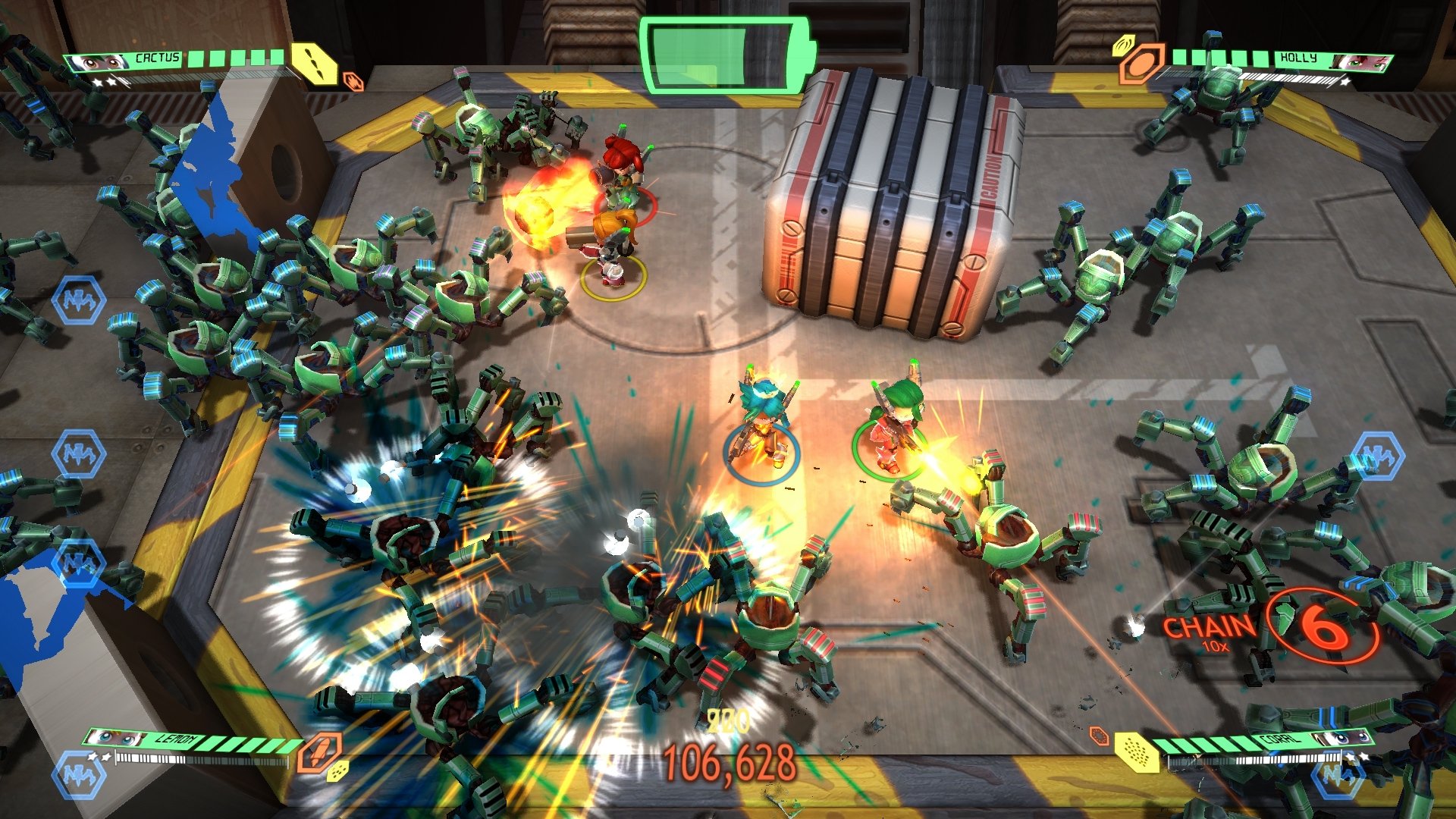 Assault Android Cactus kind of snuck up on me, and is easily one of my favorite shooters of the year. I’m really interested in seeing what developer Witch Beam comes up with next.