Assassin’s Creed Odyssey has had a hell of a run.

It’s been nearly a year since it came out, and in addition to the 100+ hour universe, we’ve also gotten a decent romp through the history of the assassins in Legacy of the First Blade, and the zany adventures of Elysium and the underworld in The Fate of Atlantis.

With the latter closing up (and thus, ending the entire Odyssey storyline proper), it’s only fair that we conclude our journey in Atlantis itself. 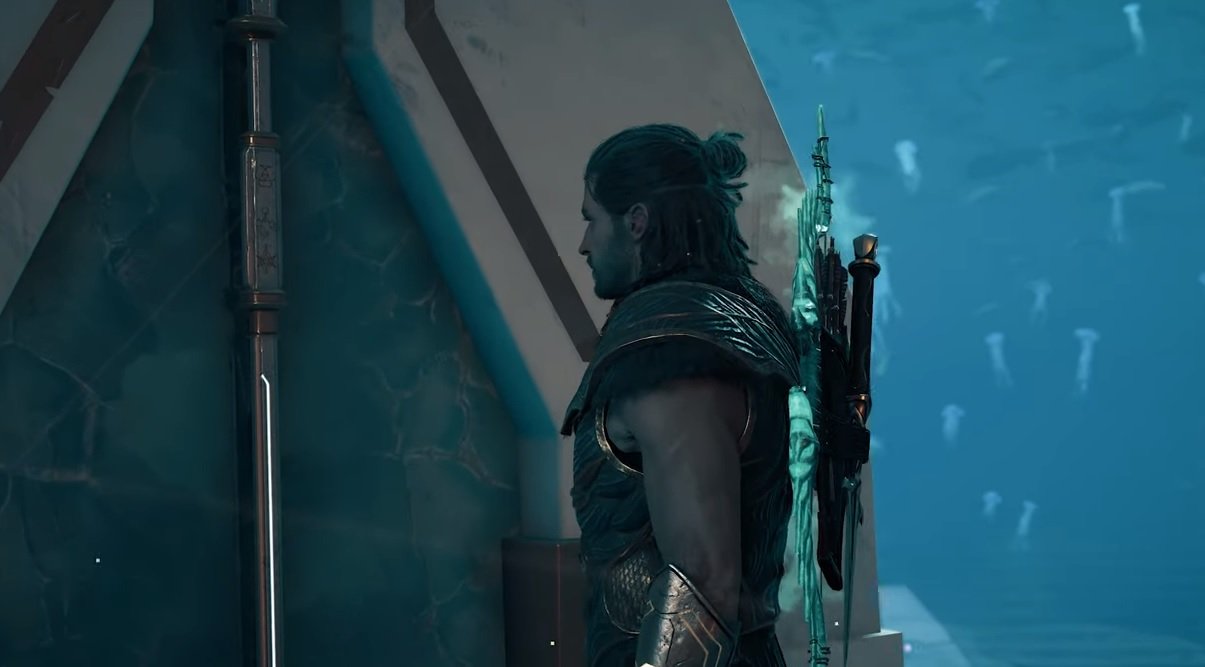 Most of what we’ve seen of Atlantis for the past 10 months or so is glimpses and one very small hub room, so it’s nice to actually witness the mythic location in person. Ubisoft generally gets dumped on for its busywork in its gamey open words, and rightly so, but it also manages to craft stunning environments to field those errands: Atlantis is no exception. Alongside of Elysium this is one of my favorite zones in any Assassin’s Creed, and one of the best locales I’ve seen in all of 2019. And this is a DLC.

The journey is two-pronged. Your avatar is seeking guidance in becoming the god-like power they were always meant to be, and said avatar is kind of helping out Atlantis in the process. It’s a great way to send-off the Alexios/Kassandra character while keeping the stakes high, despite the disdain some folks may have for the magical storylines of Assassin’s Creed that have been present for over a decade. Me? I’ve always been into it, and I dig the full embrace here.

Through Atlantis we get a little more insight into the Isu, the aforementioned magical/advanced race that both set the table and pull the strings of the universe. A few bits here and there are scraps for sure, stringing us along for another 10 Assassin’s Creeds or so, but the multitude of sidequests give us direct interaction with many high profile Isu and the little folks that they lord over. This mythical world also allows for a few plausibility-bending concepts like supernatural whodunnits.

All three of these Atlantis DLCs have been very similar to Far Cry: Blood Dragon, another one of  my most beloved Ubisoft projects. You basically get a smaller sandbox to play around in that doesn’t overextend itself: to the point where completing every little dot is not only feasible, but encouraged. It’s a great approach as it cuts bloat and allows the team to craft engaging storylines within the confines of these quests. It’s all capped off by a disturbing and interesting finale both for your avatar and Layla Hassan (the real world/modern day analog for the Greek adventures): though loose ends, as I intimated above, are present with the latter (“to be continued!”).

With that in mind, Atlantis is a bit smaller in scale compared to the last two DLCs, and Ubisoft tries to mask that with some light gating. In order to access a few strongholds (and one critical path quest near the end), you have to acquire “Isu Knowledge,” a statistic that can be earned from reading tablets and finding hidden caches. It’s not like these are impossible to find as many are in plain sight during missions, but it feels grating all the same.

Assassin’s Creed Odyssey: Fate of Atlantis has been one of the more consistent DLC storylines in the history of the series. All of the folks who have been holding off for a full Game of the Year edition have a lot to look forward to, and those of you who have been waiting to see if the entire saga was worth it can safely pull the trigger.