Whatever legacy ABC’s Lost may leave, one line will always stick with me: “We have to go back.” When in doubt return to your roots; it’s something Ubisoft has done countless times with the Assassin’s Creed series.

Further and further we’ve gone down the time-trotting rabbit hole, to the point where “Origins,” the story of the creation of the Brotherhood of Assassins, is backed up by information in the newly minted Odyssey. While these last two games have been some of the best the series has had to offer, you can’t help but feel overwhelmed with piecing together various bits of the timeline.

You can always go back. 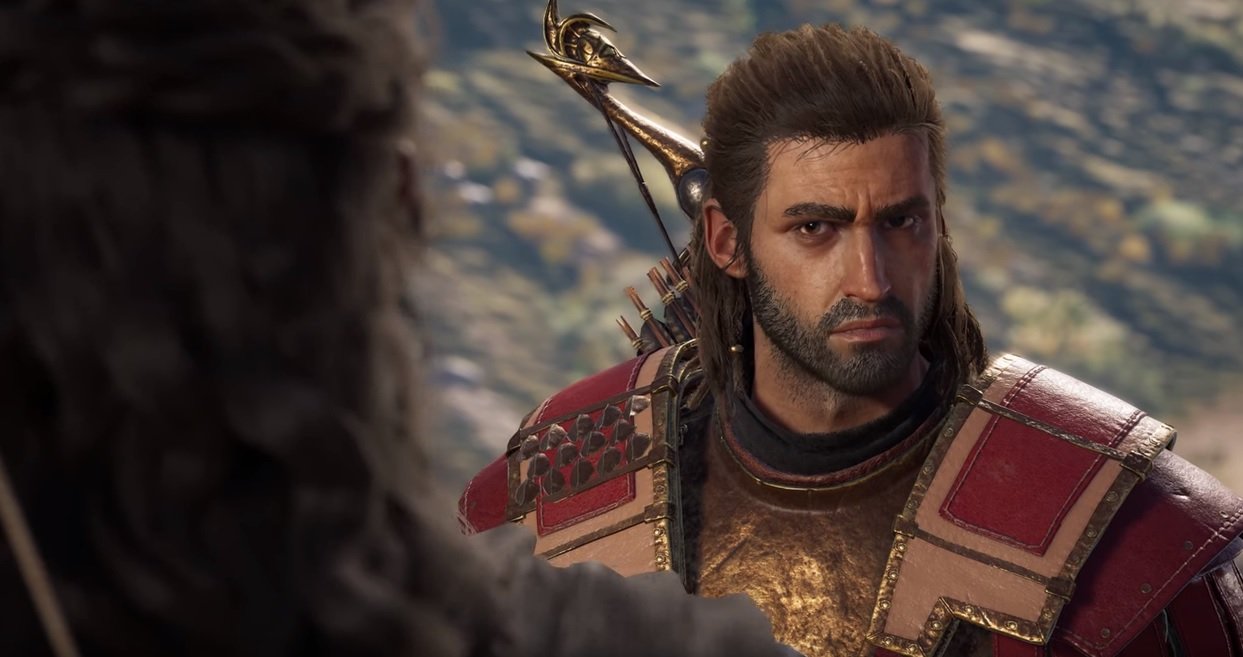 Whether you knocked certain people off a cliff or not in the main story (Odyssey is long and arduous, I know, so I won’t spoil anything for you) doesn’t really matter.

Shadow Heritage is a guided story that continues the saga of Darius from the first premium DLC episode. Darius, the lead of this particular narrative, matters. He’s come up before in the series and now we get to see him in the flesh, flaws and all. We’ve dealt with “badass super assassin who is old now” in the past with Ezio, but now we’re a passenger along for the ride as Darius deals with family issues and a threat to his increasingly pastoral way of life.

The premise of the First Blade arc is easily more enticing than the reality. Most of the missions on offer in Shadow Heritage aren’t particularly out of character for Odyssey, from the very first horse chase to the relatively polarizing conclusion that wildly varies depending on your character (for now, there’s one more episode to go before we move on to Atlantis; and for the record, my avatar is Alexios). Achaia is a little less interesting than the previous zone of Makedonia, but it gets the job done.

Interestingly, much of Shadow Heritage can be completed without entering active conflict outside of the obvious ship battles, heralded by the new villain “The Tempest.” To augment the nautical theme you’ll get a hokey flamethrower you can attach to the front of your ship, which feels more like an afterthought. “Rapid Fire,” a new ability in which Alexios or Kassandra do their best Legolas impression, is equally silly but fun in practice.

A lot of Shadow Heritage feels gamey actually and I’m at odds with it. On one hand, Ubisoft is trying to up the stakes a bit through a DLC side story, and on the other, this tale ends up being just that: a diversion. An entertaining diversion given the strong base of Odyssey that I haven’t tired of yet, but a digression nonetheless. Your adversaries and Darius’ family only impact this small bubble as the ripples aren’t felt throughout Odyssey as a whole.

Yet, Shadow Heritage is more Assassin’s Creed Odyssey and I’m absolutely going to take it as we wade through an AC-less 2019. The episodic delivery system is a ballsy move that’s somewhat paid off, though I wish it took more grounded risks.

[This review is based on a retail build of the game provided by the publisher. Man that title has a lot of punctuation.]