The Wizarding World of Harry Putter

Ah, golf. The sport of stuffy old people who want to stay active but don’t want to deal with anything that might make them break a sweat. How can a game take golf and make it into something that will appeal to a wider audience? For starters, you could stick some wizardry in there. That’s what Arcane Golf does. 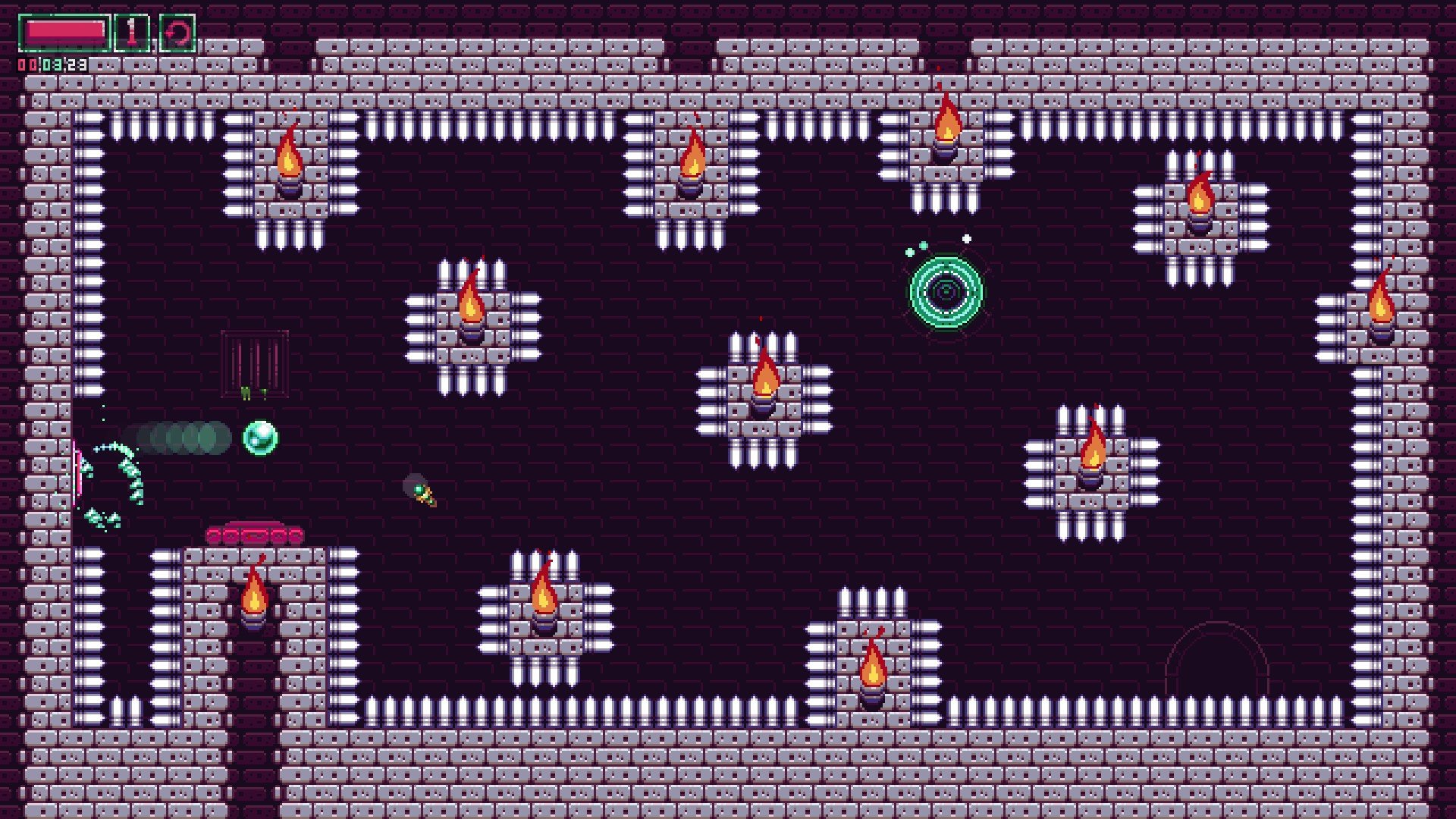 Like regular golf, Arcane Golf is about getting a ball into a hole. Unlike regular golf, the hole is usually floating somewhere in the room, so there’s more focus on two-dimensional projectile motion than a traditional golf game would have. Or to put it more plainly, this feels almost like a platformer with highly controlled but highly limited jumping mechanics.

Control is simple. There’s no setting angles or timing hits along a bar. Click and hold to make the ball stop in mid-air, drag to set the angle and power, and let go. It makes for a more action-focused game than you might expect from something with “golf” in the title.

There are also other magical effects that can come into play. A gem can turn the ball ethereal so it can pass through walls. Slimes will hold the ball in place but dampen the power of the next hit. Floating eyeballs can shoot the ball off in another direction.

Also unlike regular golf, Arcane Golf only allows a set number of swings per hole. There’s no going over, taking a bogey, and moving on. If the ball doesn’t make it into the portal at par or better, then it’s a restart. At the very least, it’s quick enough to restart a level and have another go at it. There are 200 levels in total, but there’s a good chance players don’t see them all because it’s easy to get stuck on one.

Some of the best levels are the ones with a par score of only one or two. They function more like puzzles to solve. Where do I hit this ball to bank it exactly where I want it to? How do I use the terrain to get this thing where it needs to go in only one shot? But then there are stages with eight or more shots, and each one needs to be on target in angle, power, and timing.

The lack of wiggle room can be frustrating. It can require pixel-perfect precision at times, shifting more to the twitch platformer side than the thoughtful puzzle side. The strange thing is: finishing these levels didn’t give me a feeling of accomplishment for what I had achieved, but only relief that I wouldn’t have to do it again. It very stringent in its requirements for success, and the rewards for that success don’t feel on par. 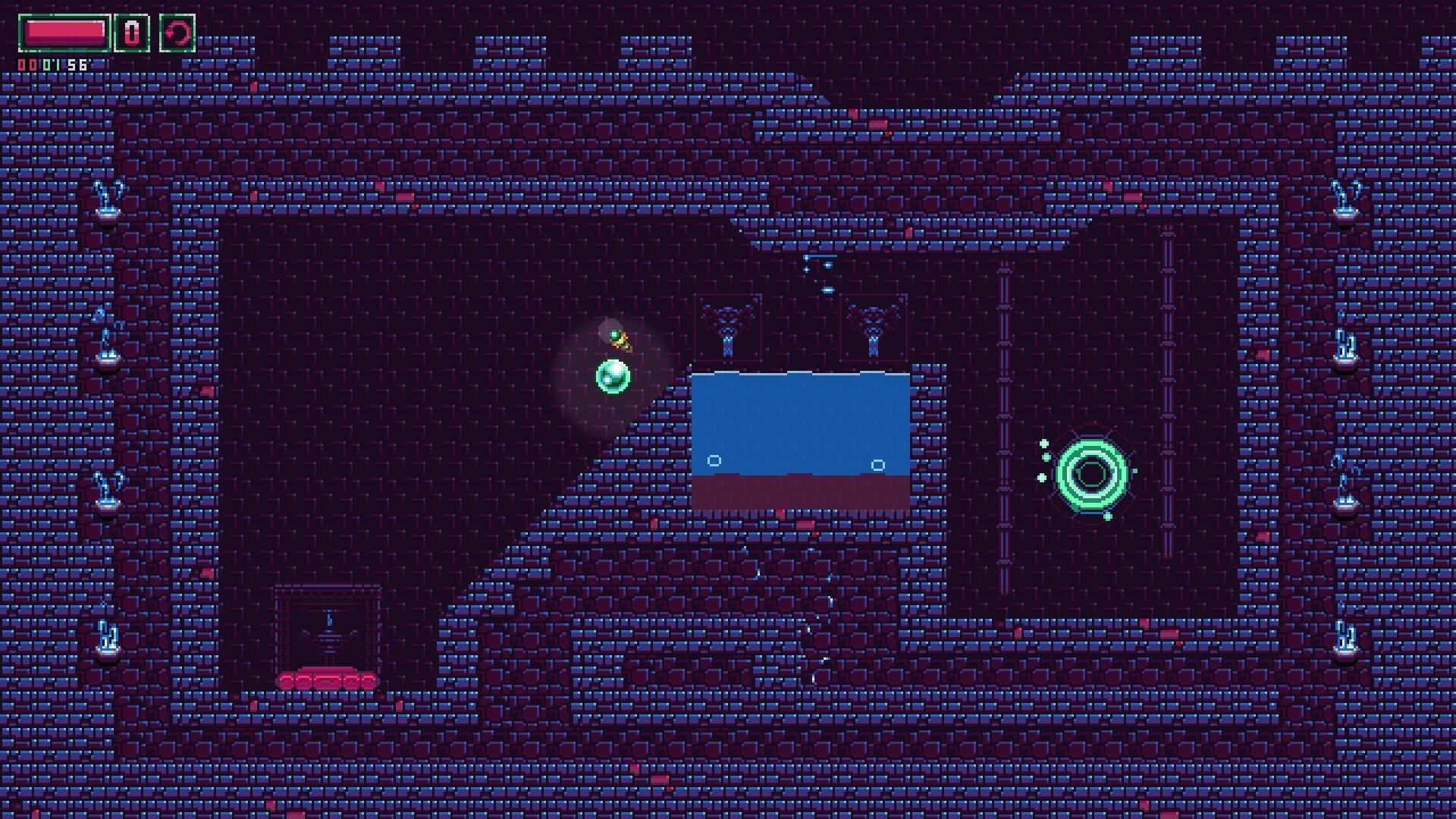 On a superficial note, the cynical mentor used for tutorial/exposition fell flat with me. It sets a tone that primes the player to not enjoy the experience. It’s a little thing, but I’d take earnestness over cynicism nine times out of ten.

Still, that’s not Arcane Golf‘s biggest issue. It’s problem isn’t even that it’s poorly made, or that it’s built on a faulty premise. Indeed, I feel bad to be ambivalent about this game, because it sounded cool on paper. It just misses the balance, leaning too heavily on the side of frustration, with too little to show for all the hard work a player could put in. Really, when I realized playing it was work and I felt relieved to end a session, that’s when I knew I ought to just stop playing for good.