If you had told me three months ago there was still untapped potential in the genre of using letter tiles to form words, I probably wouldn’t have believed you. If you would have told me a word puzzle game would end up being one of my favorite games of the summer, I would have thought you were crazy.

And yet, that’s where we are with Alphabear. Its smart design breathes new life into the classic idea of word construction. It also helps that it’s super cute. 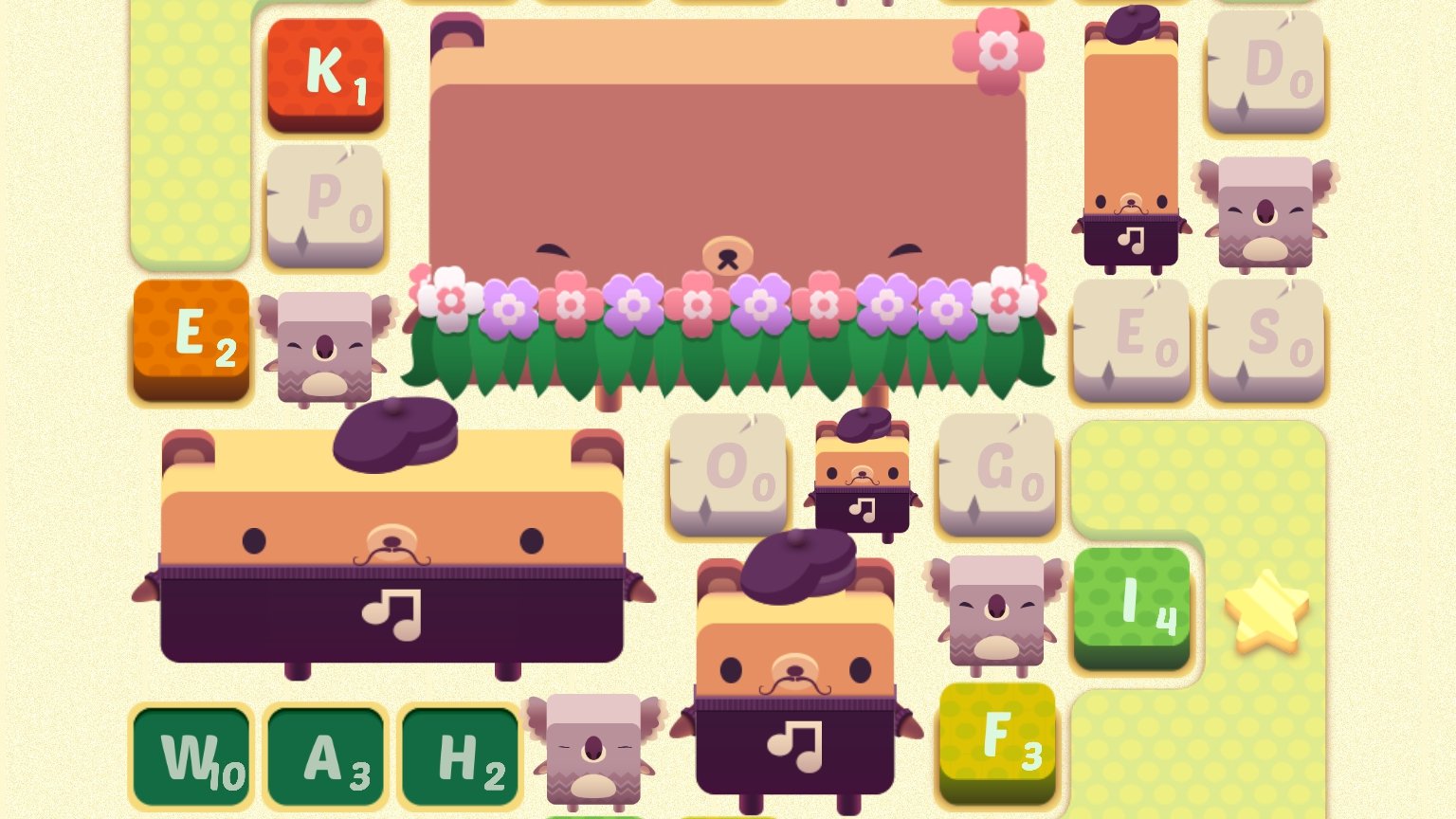 The core mechanic in Alphabear is easy to pick up, but it bears an elegance upon close inspection. Letter tiles are placed on a variable-sized grid, and players are tasked with forming words with those letters. Using a letter clears it from the board, replaces it with a bear, and reveals new letters in any adjacent spaces. Bears can grow in size as long they have a full rectangle of cleared tiles to fill.

Each tile has a countdown on it, decrementing by one for each turn taken. If any countdown reaches zero, that letter turns to stone, removing it from the pool of usable letters and taking up valuable real estate where bears could live.

The end goal is to score the most points, which come from two main sources: words formed during a game and bear size at the end. Each letter’s value decreases with its counter, so word values are calculated from both length and how close each individual letter is to expiring. For bear size, the aim is to create the biggest bear possible; one full-board bear is worth more than two half-board bears.

All of these mechanics come together to make a game that isn’t just about showing off vocabulary and anagram skills. For one, there is focus and direction. Tiles with low counters are shown in increasingly alarming colors, where those one turn away from fossilization pulsate with a deep red but those with four or more are a placid green.

Instead of dumping upward of two dozen letters on the player and saying, “make some words,” it makes using certain tiles more urgent, bringing them to the forefront. Maybe I could make a ten-letter word with these tiles over here, but I really need to use this J that’s about to expire. It also causes the player to think ahead: not only does one want to use all of the tiles showing a one this turn, but he should also make sure he can deal with the tiles showing a two for next turn.

Another important result of the base mechanics is the idea of spatial importance. The tiles all have a location, and clearing a tile in a certain area might be more beneficial than doing so in another. Some spaces are marked with a star or a skull, signifying the letter set to appear there will either have an unusually high countdown or an especially low countdown. Setting off a skull when there are several twos left in play is a bad move.

The mechanics make the center of the board more important too, because a stone in the way there will prevent having a screen-filling bear at the end, but a stone along the edge or in a corner will only decrease its size by a small amount. The boards aren’t all the same; the layout of a particular board affects how players will attack it. 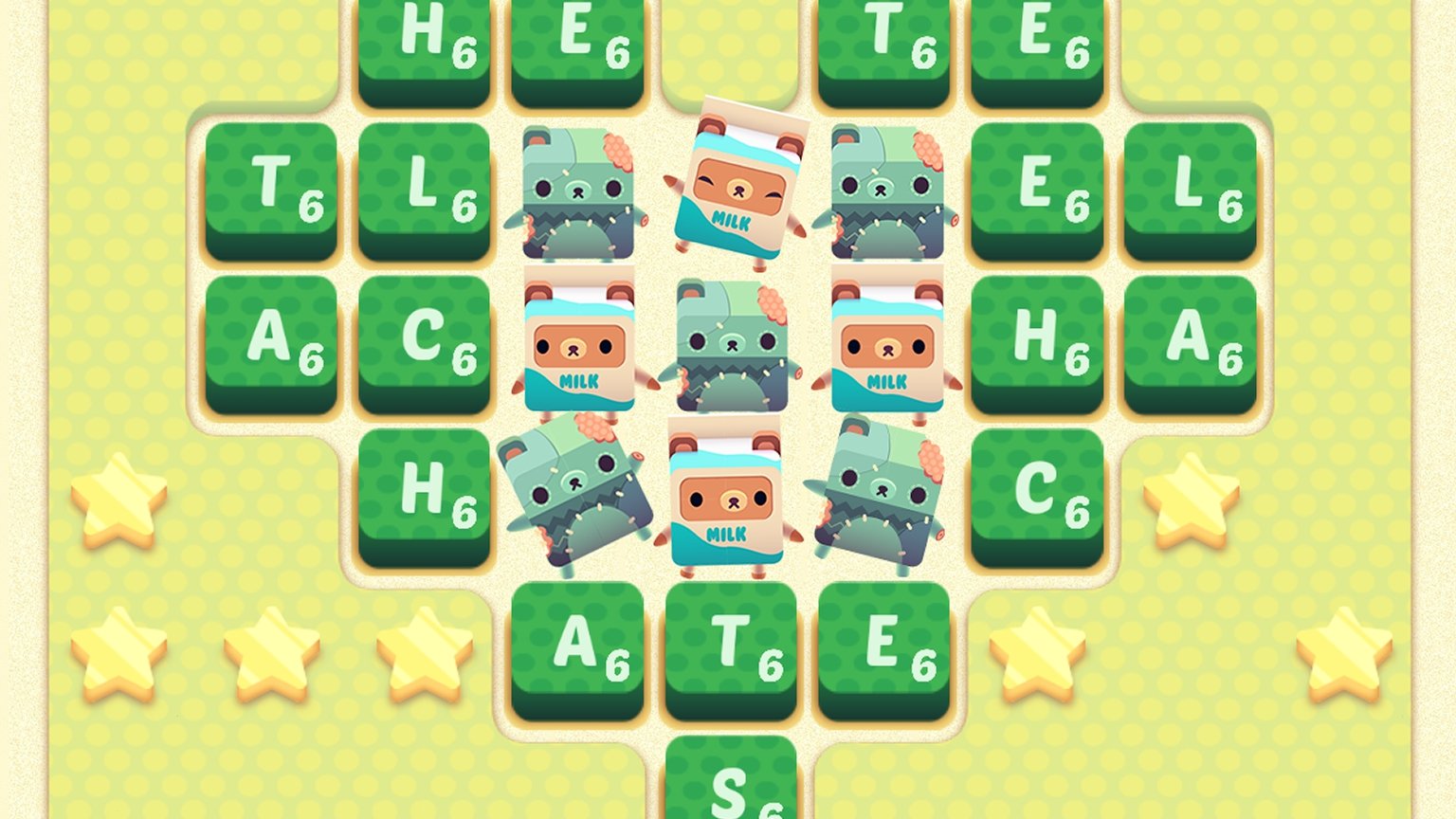 The last bit of significance that emerges from Alphabear‘s mechanics is a strong risk/reward scenario. Forming long words is worth more points right away, but it opens up more tiles at once. It brings more opportunities for even larger words but also more opportunities to miss using a tile in time. Play it safe, unlocking only a few new tiles per turn and banking on a large bear at the end, or go big on word scores at the risk of losing out on bears? There isn’t a definite answer.

In a word, Alphabear brings strategy to a genre that has severely lacked in it in the past. Considering the countdowns, board layout, and the available letters brings much more nuanced decision-making than the typical directive of “make the biggest word you can think of.” Sometimes it’s better to make a weaker word in the moment in order to pull ahead in the end. Every single turn presents this mental exercise.

Outside of the main meat of the gameplay, there is also an almost Pokémon-esque collection mechanic. Completing a level above a par score nets the player a bear; completing it above a gold score gives a chance for a powerful rare bear. Each of these bears has its own costume and consistent with Spry Fox’s modus operandi, they are all adorable. Look at Milky Bear (below)! It’s a bear dressed up as a carton of milk. So cute.

Each bear has its own powers to bring to the levels. Some only affect score, some have a noticeable impact on gameplay. By collecting the same bear multiple times, it levels up, increasing its multiplier. This makes high scores for future runs of the same board easier to attain. Not only does Alphabear inject strategy into a word puzzle, it also uses these light role-playing game elements to keep me playing. A particular level might be too hard now, but I can come back to it later with some beefed up bears and try it again. 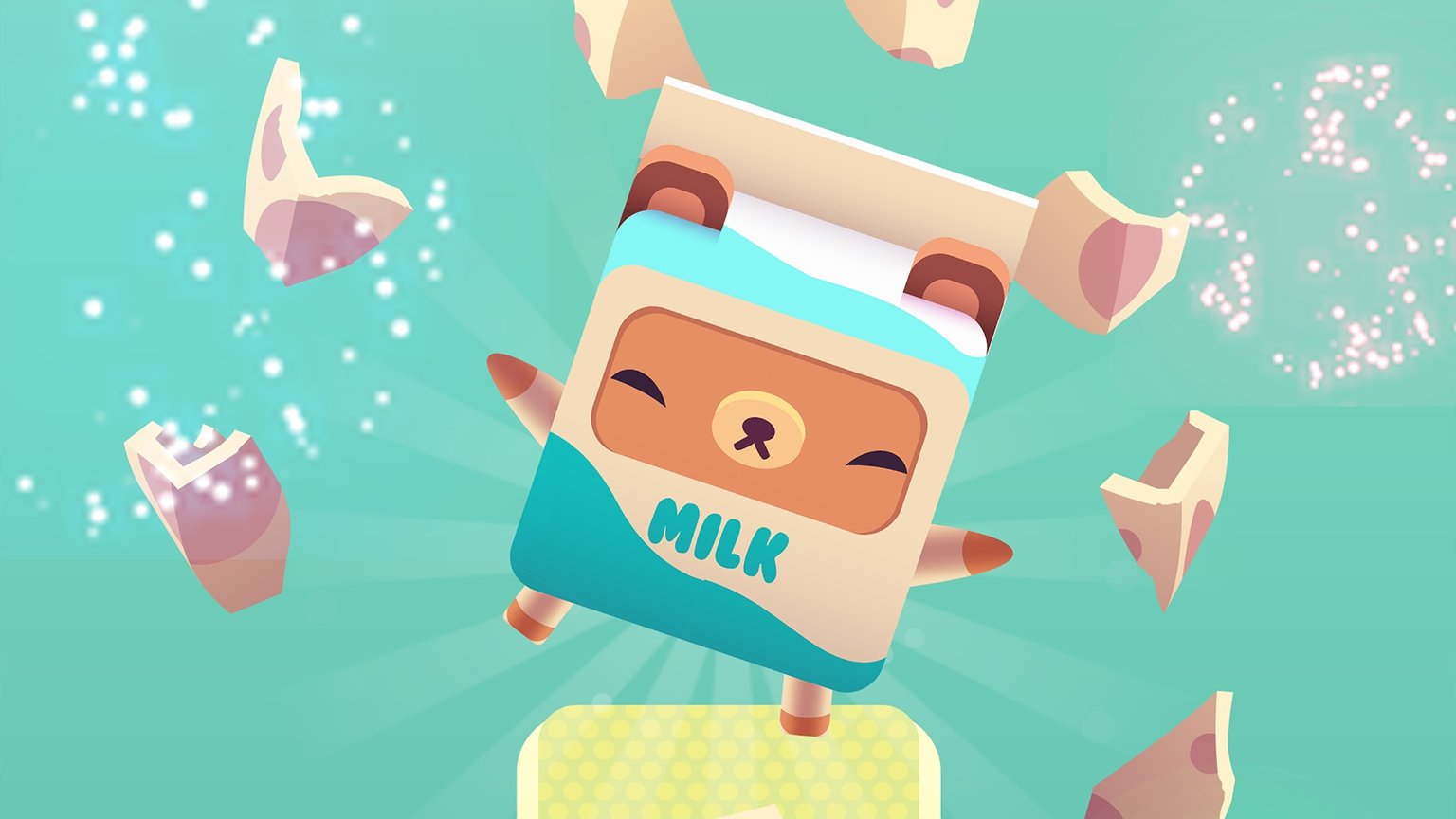 At the end of a level, the newly hatched bear will form a series of phrases using the words played during the game. You might have seen these on social media already. It’s a silly little touch, but it adds another bit of meta to the experience. Not only do people go for high scores, they also go for words that would make for funny sentences to share with friends.

The one big sticking point for many is Alphabear‘s free-to-play scheme. It uses an energy mechanic (honey), allowing for only a couple of games before honey is depleted. It builds up over time or can be accumulated by watching ads. Personally, I loved the gameplay so much I paid the five bucks for unlimited honey and haven’t regretted it. Even then, the bears each have cooldown periods and the other currency (used to wake up sleeping bears and to play special levels) suffers from diminishing returns over the course of a day, so players who buy unlimited honey may still feel stifled. Spry Fox wants players to come back day after day; I’m fine with that, but I know there are many out there who aren’t.

Indeed, I’m still playing Alphabear on a nearly daily basis. I couldn’t say how many hours I’ve put into it already (I’d estimate maybe 20?), but I’m not even halfway through all of the chapters. The injection of strategic concerns to a word puzzle is such great design. I would like that enough on its own, but the collection aspects, cute bears, and social media meta elevate it further.

[This review is based on a free game with microtransactions purchased by the reviewer.]