To grandmother’s house we go

Too many horror games and movies these days rely on jump scares as their only real source of fear. While there is nothing inherently wrong with that, they really are cheap and easy. Recently there has been a resurgence in media of actual horror with notable films such as The Witch and It Follows coming to mind, but games, on the other hand, have mostly stuck to jump scares.

Albino Lullaby doesn’t resort to that. In fact, I’m not sure it has any scares at all. If anything it’s like Tim Burton and David Lynch had sex in a funhouse; amusing to look at and creepy. 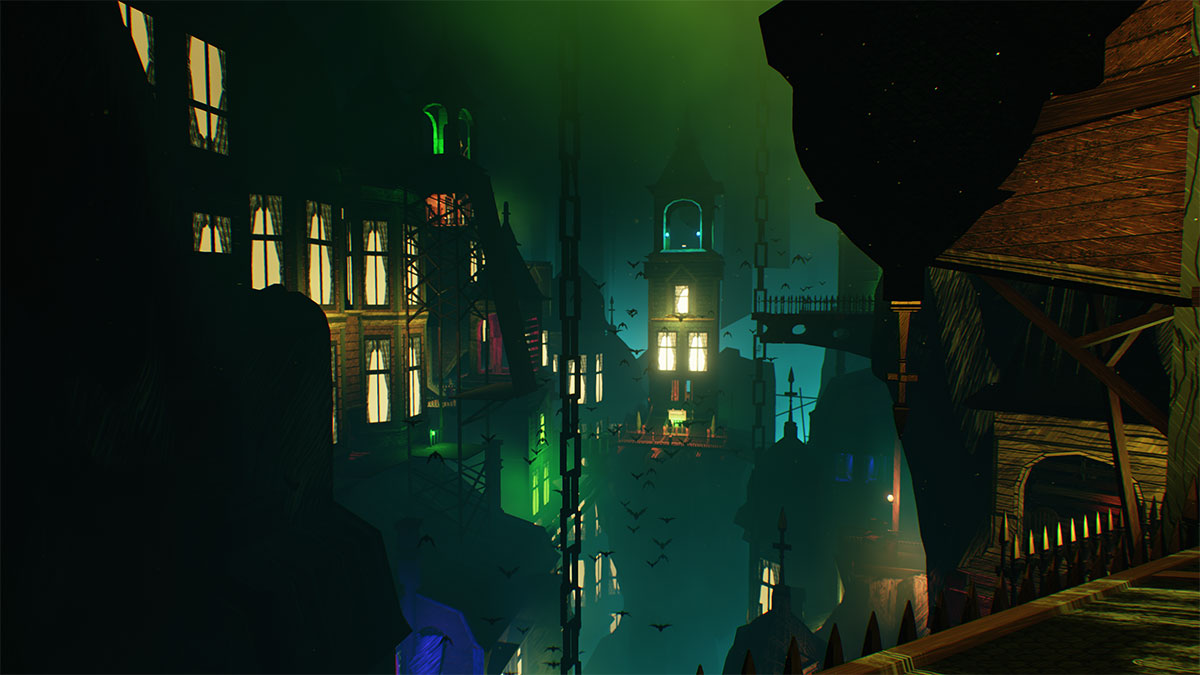 This first episode of the crowdfunded Albino Lullaby feels less like a bite-sized chunk and more like one complete narrative. I found out about who the creepy thumb-like creatures known as The Grandchildren were, I met The Grandmother, and I found out who I was, and what I was doing in this rotating funhouse of horrors. It makes me wonder where the developers could take the story from here having blown a lot of the surprises, but I’m certainly interested.

Waking up in a cell surrounded by spooky eyes in the dark, players will quickly find your way into a hand-drawn comic book looking mansion, or hotel, or maybe it is a fun house? This is never really made all that clear. Walking through the colorful and eerily lit location, you’ll find handwritten notes scattered all around that give you insight into what is going on. Shame that the developers couldn’t find a different way to deliver the narrative other than having players pause what they are doing to read notes every so often.

Outside of some light reading, a majority of your time will be spent looking for bright green buttons to press to advance through the house, some basic platforming and a couple of stealth sections. Later on you do get a weapon that can be used against The Grandchildren, but it still feels closer to a story-driven puzzle adventure game than an FPS.

While this is billed as a horror game, it never feels truly horrific. Instead, it leans more towards absurd and creepy. The voice-acting for The Grandchildren is so well done that it makes you forget they are just big dumb thumb-looking characters, as they talk about you as you creep by them. The whole thing is very cult-like and harkens back to such classics as Children of the Corn or The Texas Chainsaw Massacre without ever getting a single drop of blood on screen. Either way, the story left me wanting to explore more of this weird universe regardless of being scared.

As far as playing this in virtual reality on the Oculus Rift, I can’t recommend it. Maybe it is just me, but every time I’ve ever tried to play the game on the Rift I’ve gotten physically ill. I managed to stomach about half the game before switching over to the desktop version to finish it up. It’s one of the creepiest experiences available for VR at the moment but I just couldn’t stand it consistently.

Only clocking in at roughly two and a half hours, the whole experience is over rather quickly, but that’s enough time to give players a clear satisfying story for those that paid attention to notes. It isn’t all that innovative but truly, it doesn’t have to be. If you’re playing this, you’re playing for the narrative.

[This review is based on a retail build of the game provided by the publisher. Jim Sterling, formerly of Destructoid, provided some voicework for the game. As always, no relationships were factored into this review.]